As i mentioned in the previous post, it wasn't until we got home from our walk did we realise that a trig point existed within the golf course.

We never came across it and so we had to go back and visit said OS marker.

We walked a little further this visit, 10km in total.

Here is the photo of us at the trig point and also we was surprised to encounter even more deer than last time. 6 in all. 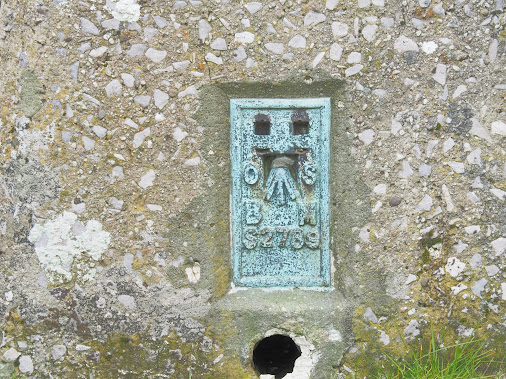 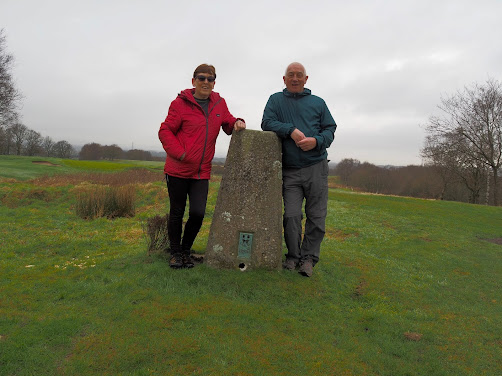 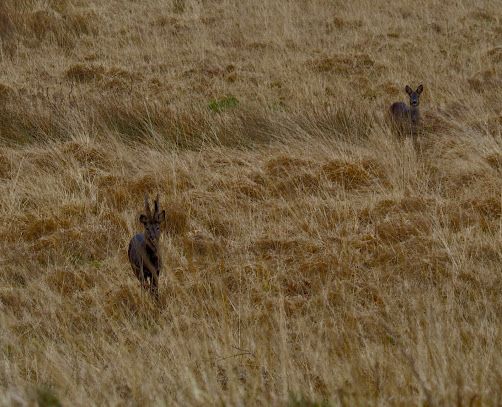 2 of the 6 Roe Deer.
When we looked at an old victorian map of the area there used to be a branch canal leading from the Rochdale canal at Trub and terminated at the wharf in Heywood. It was filled in years ago when the M62 motorway was built but after a bit of a search on Google Earth the course of it can be worked out. We wondered if we could find any of it still on the ground.

We think we did. The photograph below is the only bit of "canal" that we think still exists. It is overgrown but it is the right width, in the right area and going in the right direction. There was also some stone blocks to be seen which would have been the embankment. 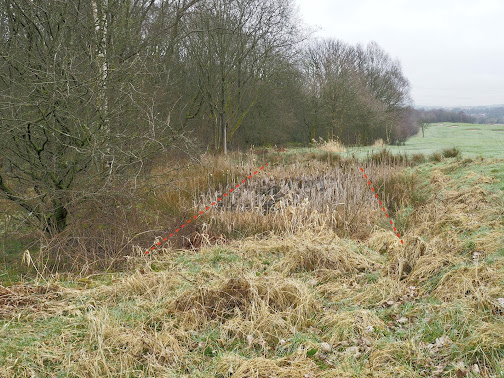 The canal opened in 1834 and was worked until 1937 when most goods travelled by train. It. was subsequently filled in.

I admire your persistence. I too couldn't have left that trig unvisited. It's good to have an objective in a walk.

Hi Conrad. I was a bit annoyed that i didn't look at the map prior to going in the first place. But being local you think you know the area. It just goes to show that its always worth looking at the map. I also use the Detailed old victorian maps website when i want to see what was in the area years ago. I was pleased to find the old canal using this information.