Friday 18th July.
All was fine until Friday came, and i mean roughly 1 minute passed midnight. The wind suddenly gusted and shook the tent violently. We went from calm to gale force in a matter of seconds. Thankfully, fitting the cross over pole to the TT Moment when i was told a storm was imminent proved not to be overkill. However, by 2.30am we were getting battered. Inevitably i was hit in the face with the tent fabric and started to have thoughts that a bale out off the tops may be on the cards. I dug out my head torch and dropped a few of the more expensive or smaller items into my sack. Camera, GPS, stove, pan, phone.

The tent was flapping wildly and i found that one of the  two main pegs had been violently shaken out of the ground and that’s what caused the problem. Repositioning the peg and putting a stone on top of it made a big difference and i went back to sleep with cotton wool in my ears to try and reduce the tremendous noise of the wind and the cacophony of flapping nylon from the other tents.
I must have dozed off because next time i woke it was 4.30am and was getting light. I could hear voices above the wind but i wasn’t surprised folk were awake.

Numerous times the wind literally lifted me horizontally off the ground. I felt as though i was in a train which was rocking side to side or a small yacht in a large rough sea. I must have dozed off again because the next thing i heard was Mike and Laura saying that we should get off the top and move to lower ground where we could find shelter and have some breakfast.

I later found out that Dawns tent had collapsed at one point and that it was taken down to avoid damage, Richard and Tegs tent had had a minor collapse when one of the two hoop poles had come out of its socket.
It had rained a few times during the night and hail stoned too so i was told by Laura who had spent most of the hours holding onto her MSR Hubba as thunder and lightening was mixed in for good measure. I missed it all!

The electrical storm could now been seen across the other side of the estuary in the Rhinogs.

So we carefully helped each other pack up, all except JJ who decided to carry on listening to his radio with ear phones in and was oblivious to the fact that the rest of the rabble were ready to leave.
Then we headed down the pony track to the protection of a sheep fold where we had breakfast.

When we hit the minor road near Tynyceunant (say that when your drunk), we had a parting of the ways with Mike who decided that he wanted to go up a Marilyn instead of heading back. The rest of us had a leisurely and pleasant stroll passed llynnau Creggenan.
Two stops were had, first just watching the top inch of the Llyn being whipped up by the wind and deposited yards further on and secondly at the far side of the Llyn in a slightly sheltered spot for a brew and second breakfast. 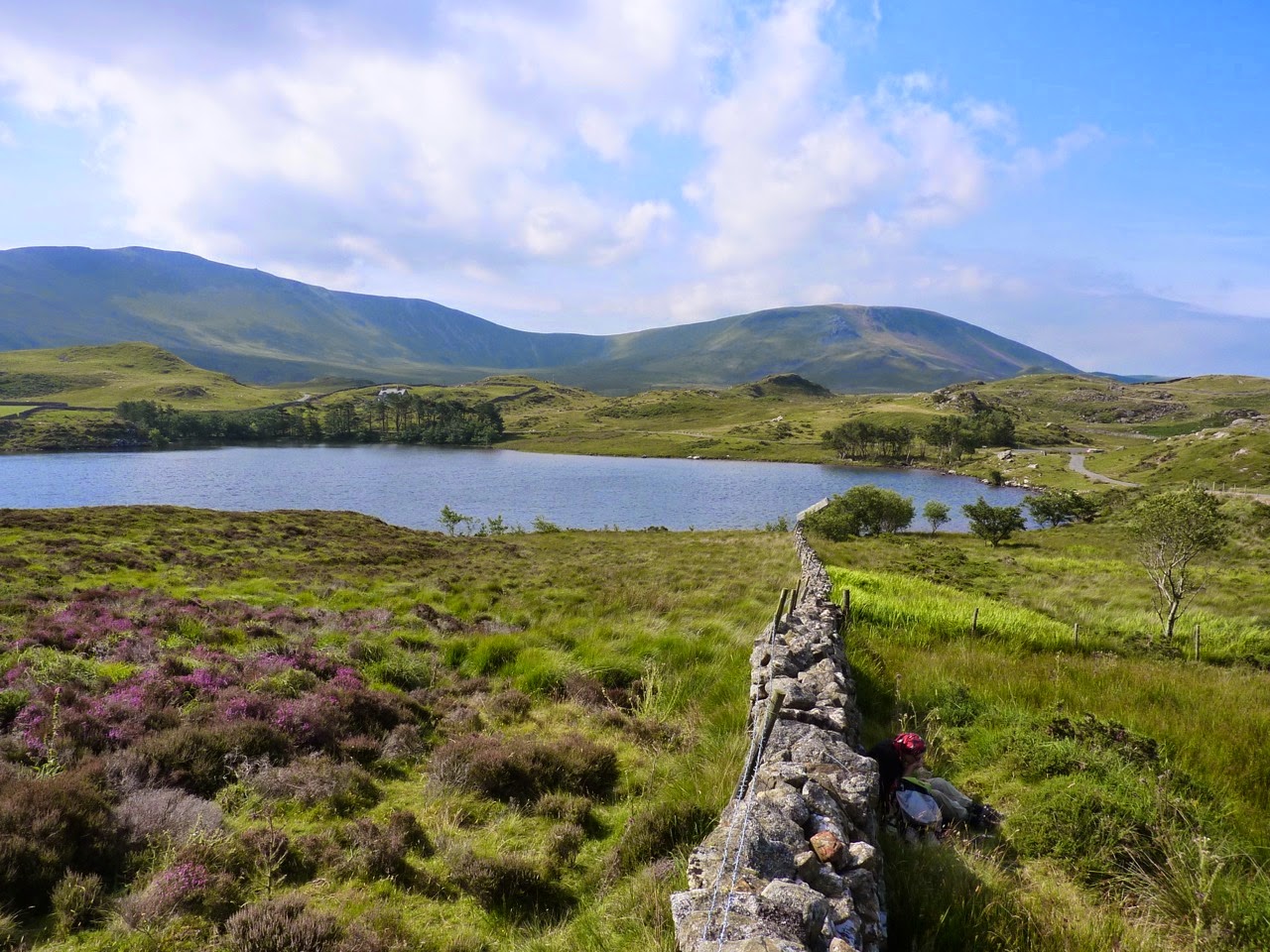 The lovely Llyn Creggenan and the ridge we should have been on.

Just prior to dropping down to Arthog we passed the plaqued home of Henry Lloyd who it seems was a well regarded local poet or madman perhaps if he had spent a night on Cadair Idris.

Back at our site on the south side of the estuary Richard and Teg set off back home whereas Judith and I stayed over until Saturday. The rest went back over the walkway to the North side and we arranged to meet up later in the Last Inn for a farewell meal and a few pints of Sunbeam bitter.

So although we missed the last bit of the ridge walk that would have taken us to Pen Y Garn it had been a good outing. Looking on the bright side, if you don’t experience bad weather then you never find out just what your gear will stand up to and if you need to make some changes.

I now know what modifications i need to make to the Moment and the mods i made to my Mammut Creon Lite rucksack prior to the outing worked exceptionally well. I think JJ may well copy the mods onto his Osprey Exos 58

So i was pleased to have been invited along. Thanks again Mike, see you next time. 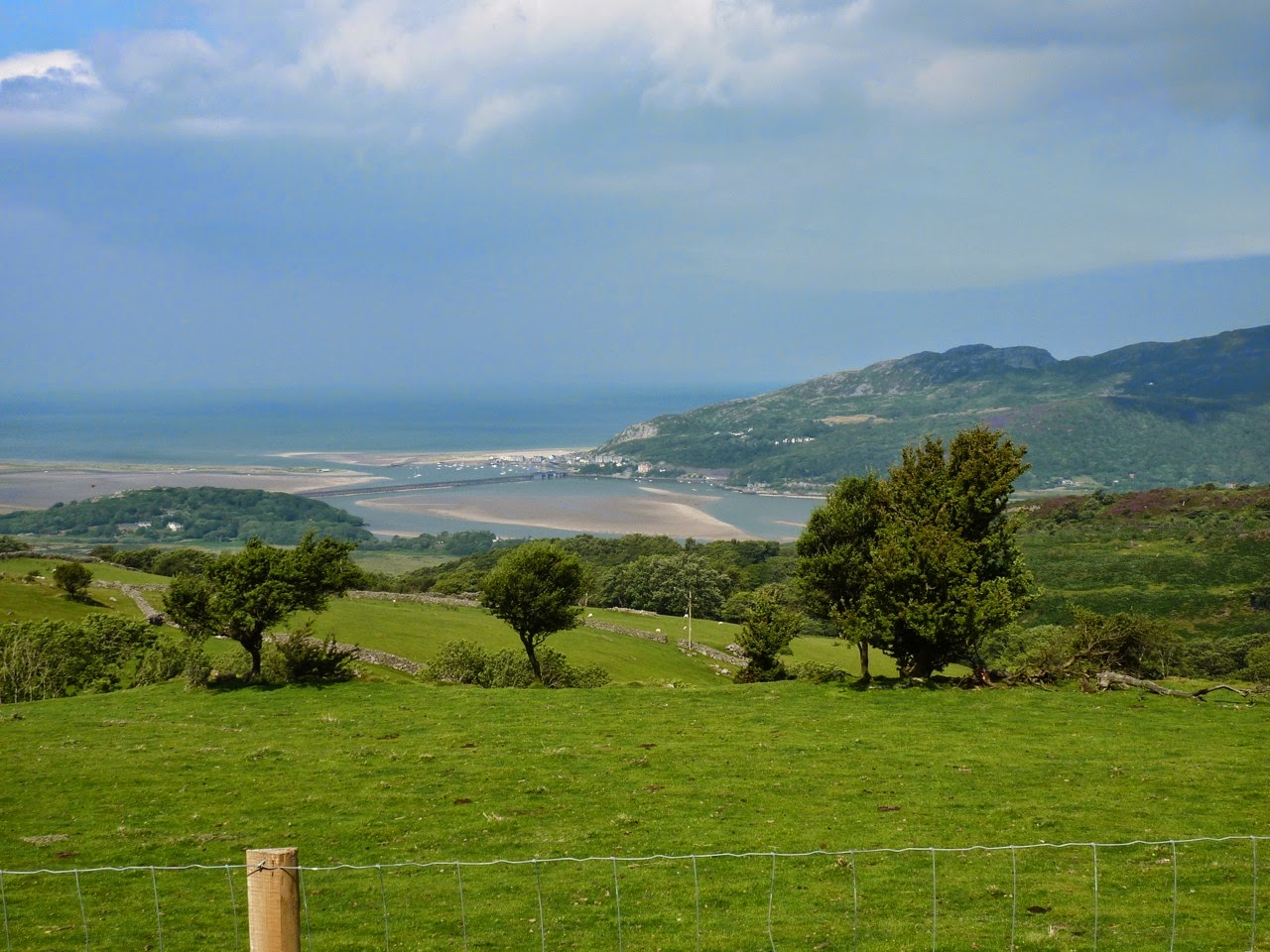 View across the estuary to Barmouth and the direction of the storm. 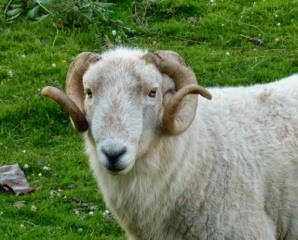 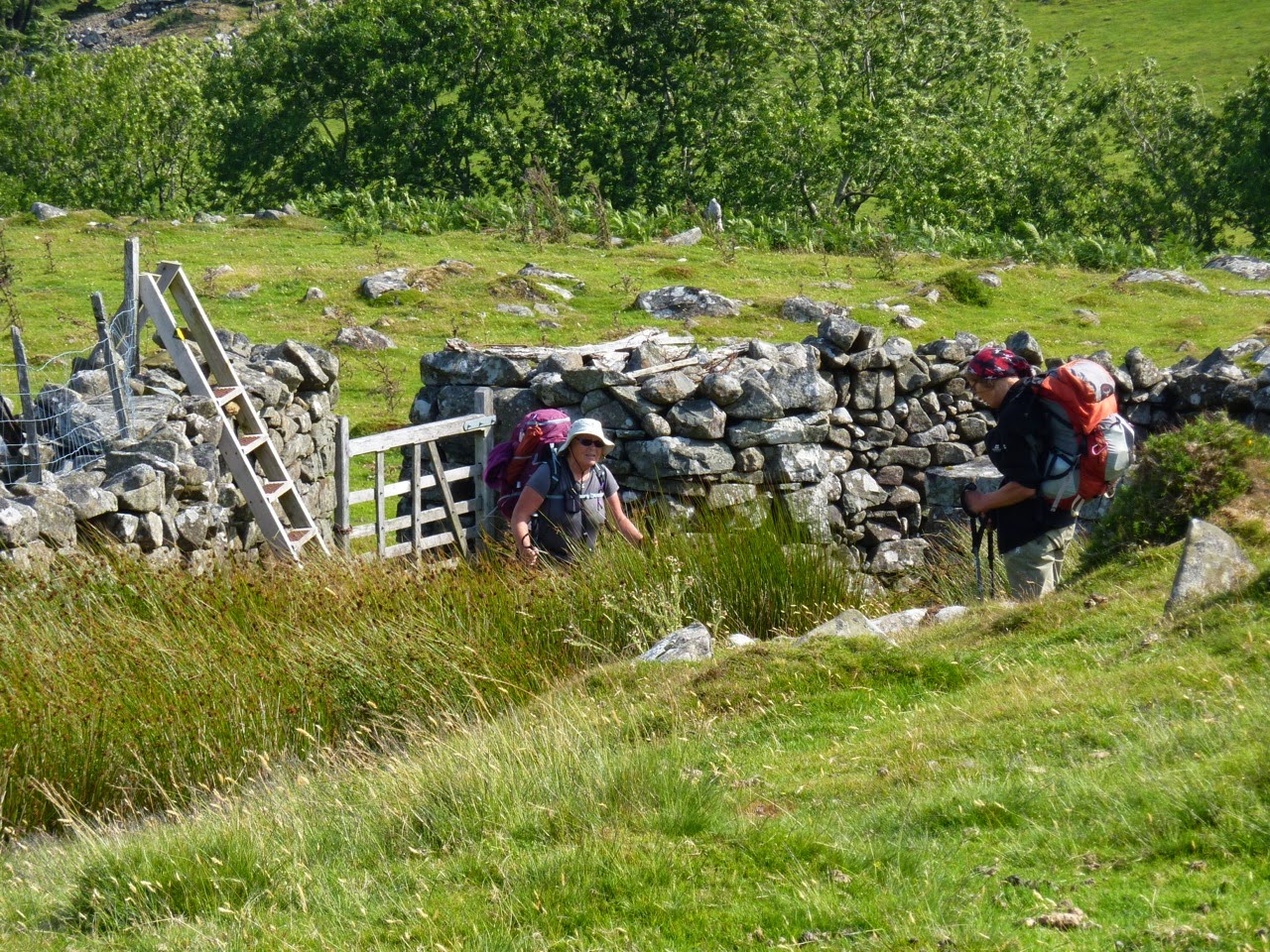 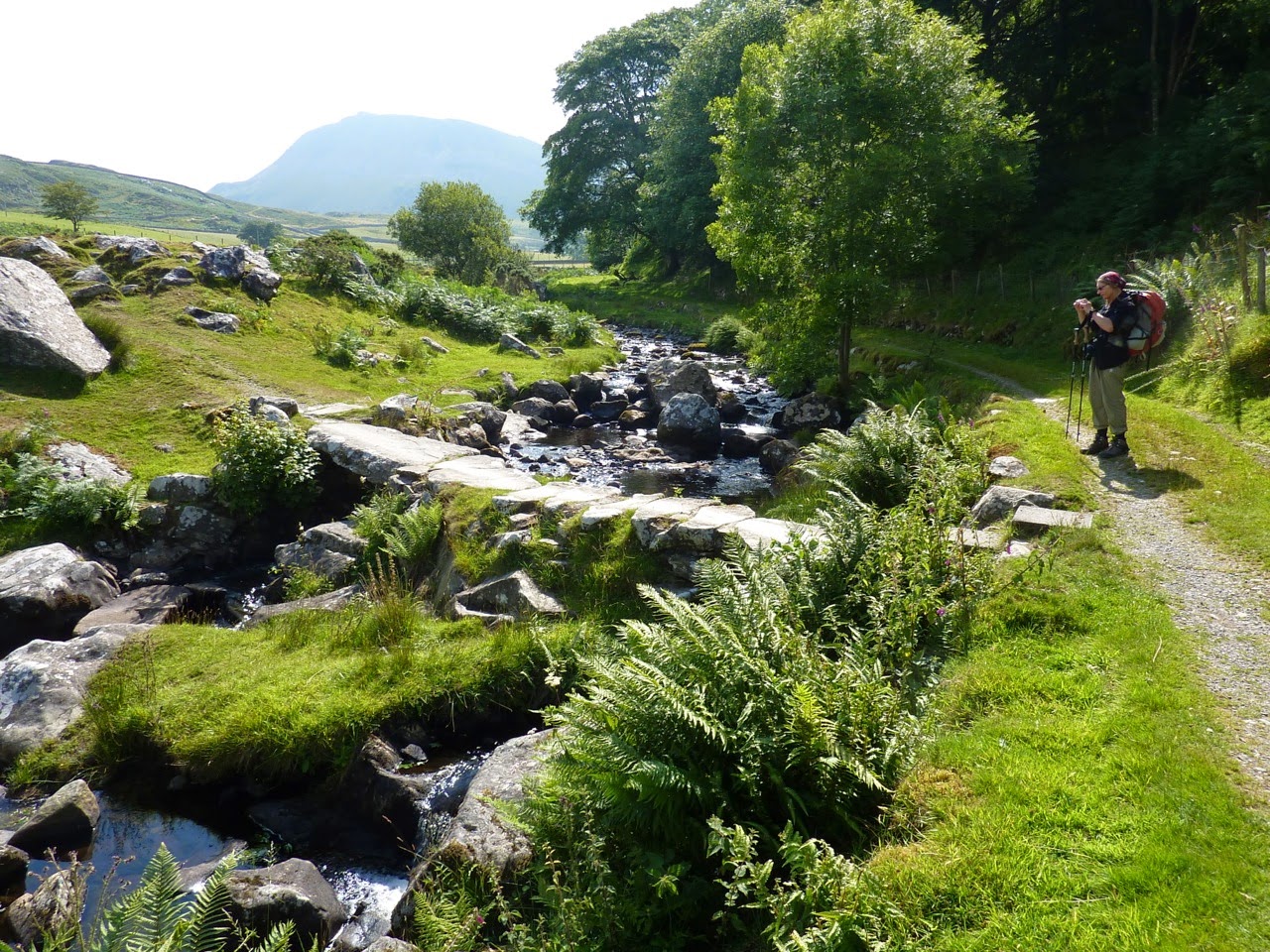 Dawn at the bridge and fords near Bron llety-ifan 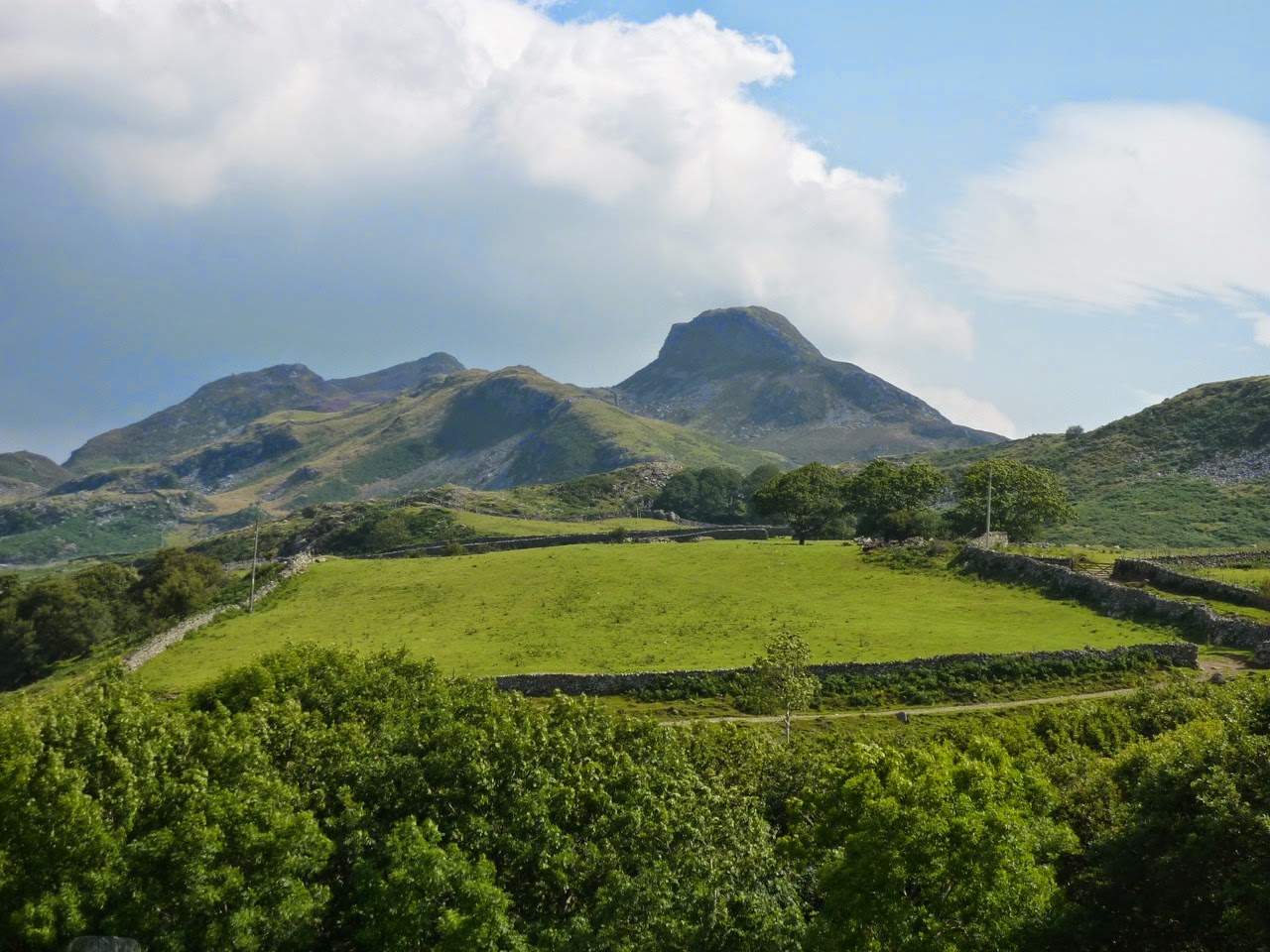 The high point here is the SW end of Pared y cefn hir ridge. Looks one for next time i think. 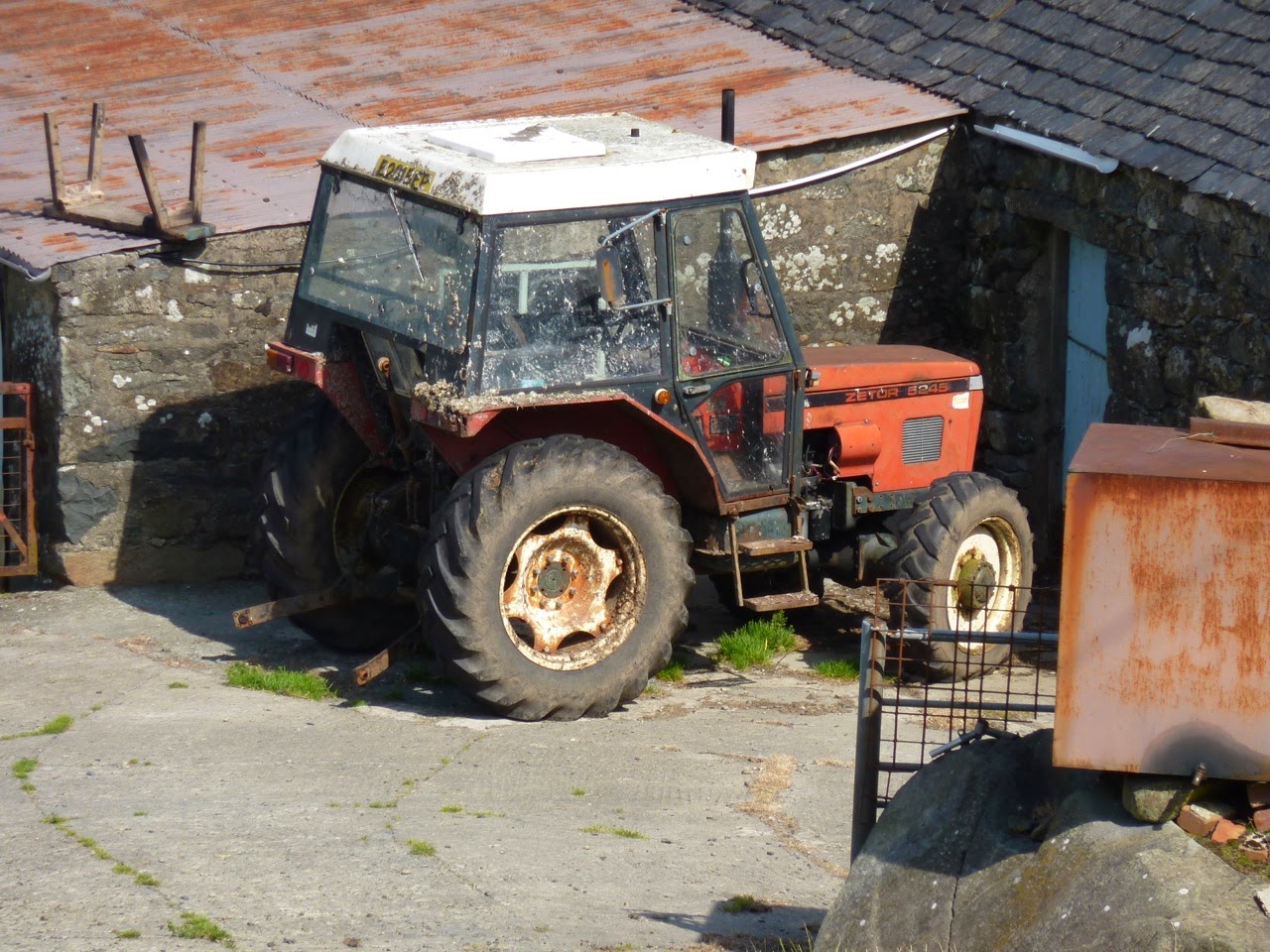 A 4wd Zetor 5245 from the old Czechoslovakia, around 1992. A 2.7L 3 cylinder engine. Zetor is a young company in tractor terms. It started life in 1945 at the end of the 2nd world war when it utilised the ZET arms buildings and then adding “OR” from tractor to complete the name. 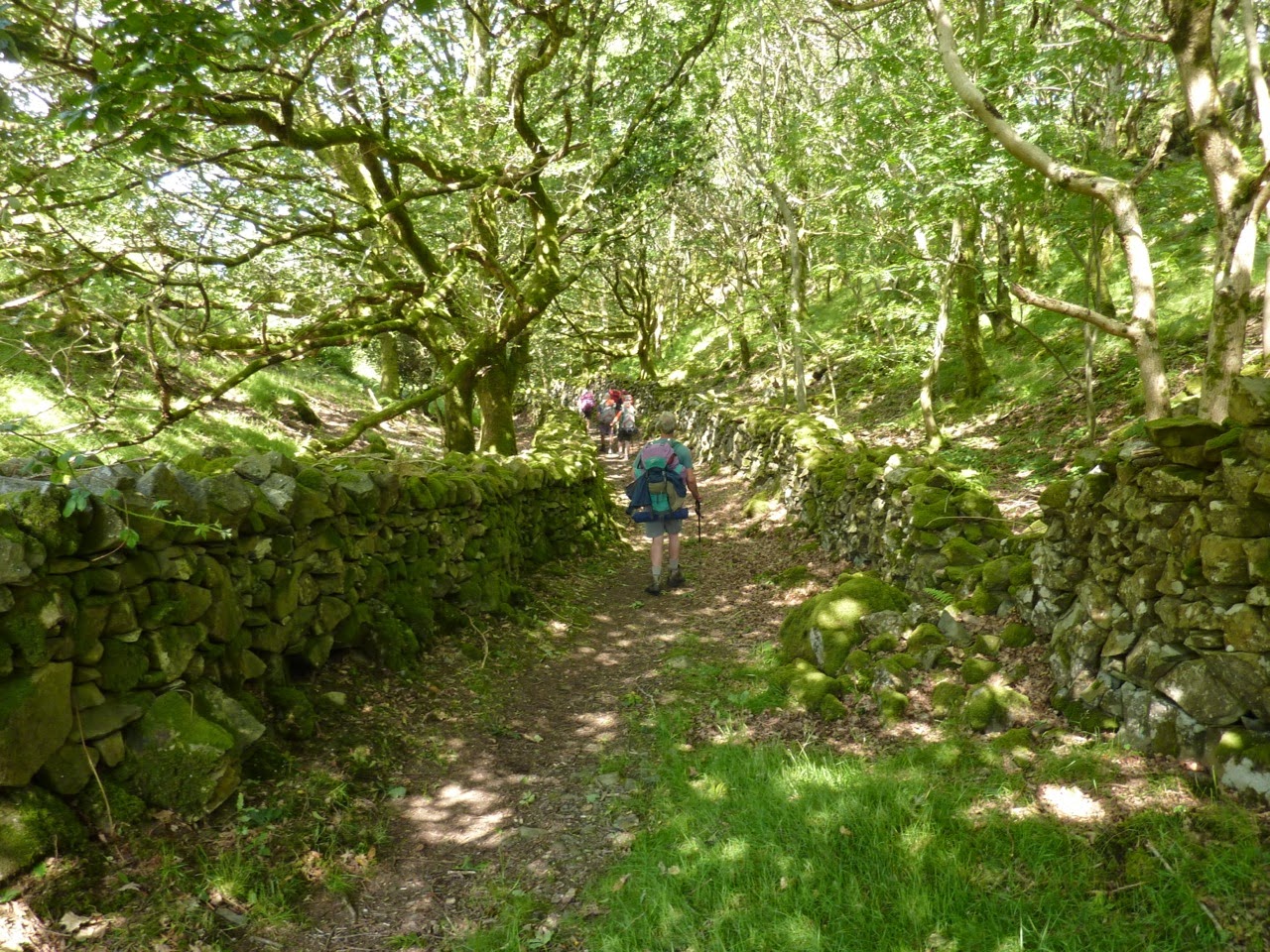 The last 100 metres to Arthog.

Apart from the wind, it was a pleasant walk back. Good to catch up with folks.

Lovely area. I must do it again sometime.

Sounds like fun, Alan. I heard fro JJ that some people were better equipped than others for "a bit of a breeze"!

It was fun after the event. I did like everyone else, prepared for a quick exit of the hill if the time came. However once i re-fixed a loose peg i knew i would be ok. And i managed to sleep ok after i sorted the flapping nylon.