A nice early morning sky, high mare’s tails with that orange edging of a sunrise disappearing had me starring out across the fields. The deep green grass sparkling with the dew yet to evaporate.
It quickened the heart with expectations of what might have been had i planned a walk somewhere high. A Birkett ridge maybe or even a lesser Pennine trail.
The Magpies were busy and noisey. One was perched on my porch rooftop calling the others who were playing games annoying the Sparrows. Apart from them the day was calm, windless, sunny.

Where we live, we say that we only have two seasons, the dusty one and the muddy one. With the glorious summer now unfortunately over the dusty season has now been replaced. The heavy rain of recent days has formed rivulets on our track and excessive areas of mud now predominate where the local tractors have churned up the surface like a food mixer. This will remain until the next period of prolonged heat in spring next year. 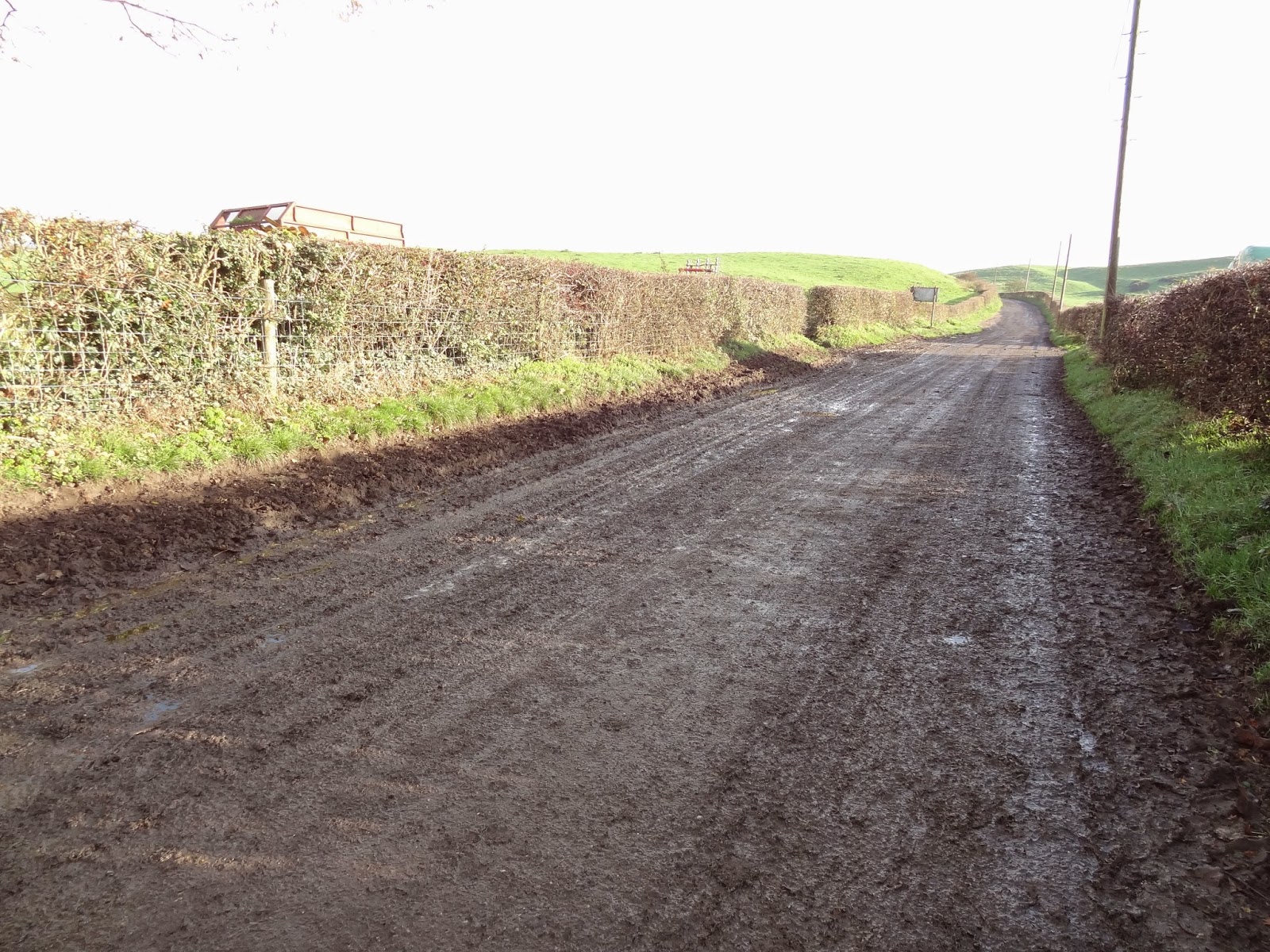 Mud replaces dust.
Walking uphill brought on a bit of a sweat even though the above picture flattens out the gradient. Reaching the top of the hill my eyes were watering with the bright low sun and my mistake of leaving the sunglasses behind. I had to squint to make progress.

Once into the trees the low sun creates fantastic shadows and exaggerates the shapes, the leaf colours both of those still surviving on the branches and those now forlorn, wet and decaying. Searching through areas very rarely walked on by other less inquisitive folk i searched out the last remaining shows of fungi in the undergrowth. The fallen logs so full of fungi just a short while ago now barren apart from moss and whatever else mother nature has to offer.

The leaf litter hides much and in some cases things you really would rather see, like shallow pools which caught me out a number of times or holes between timbers causing sore ankles. 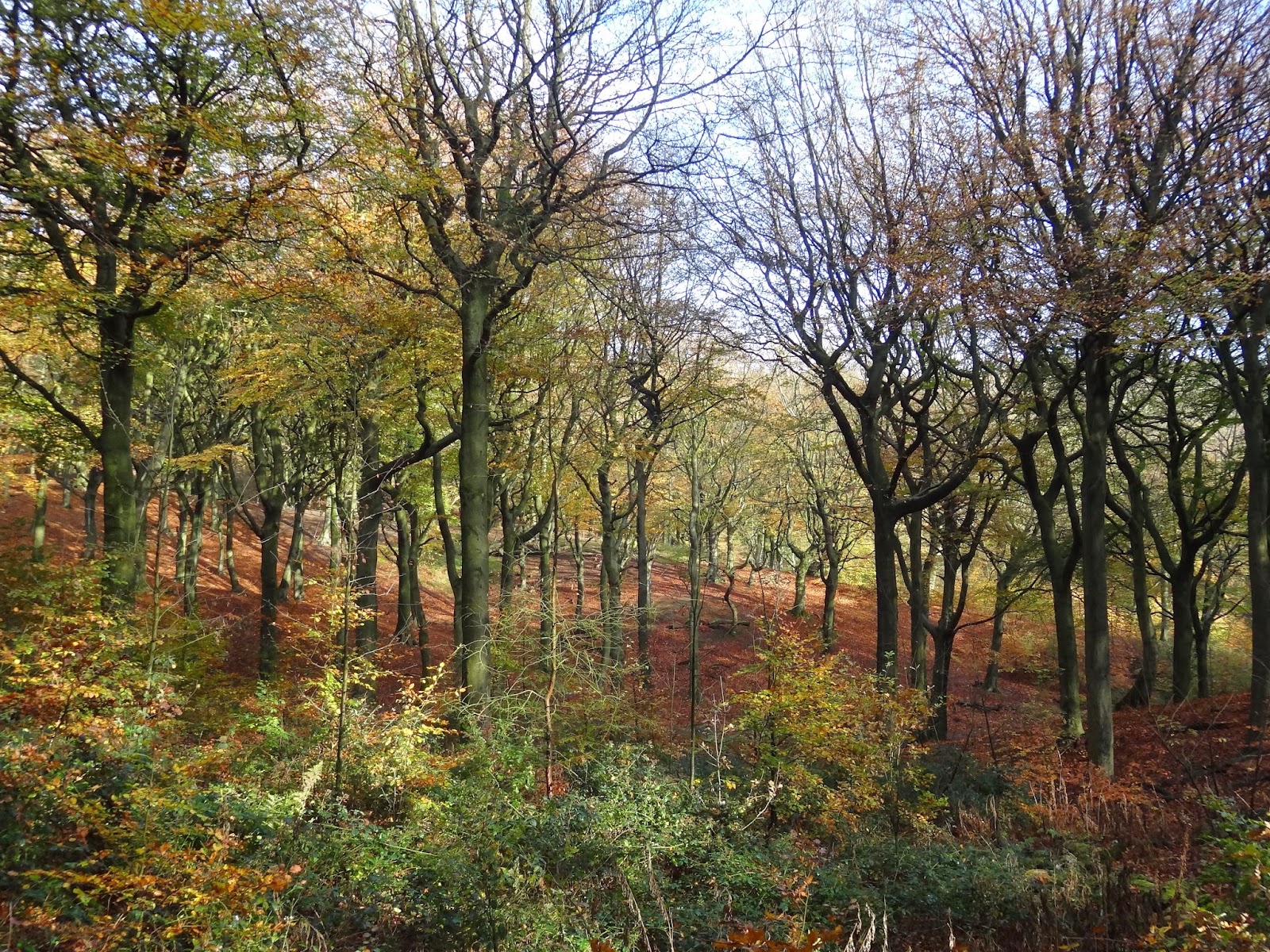 The Beech and Birch Woodland 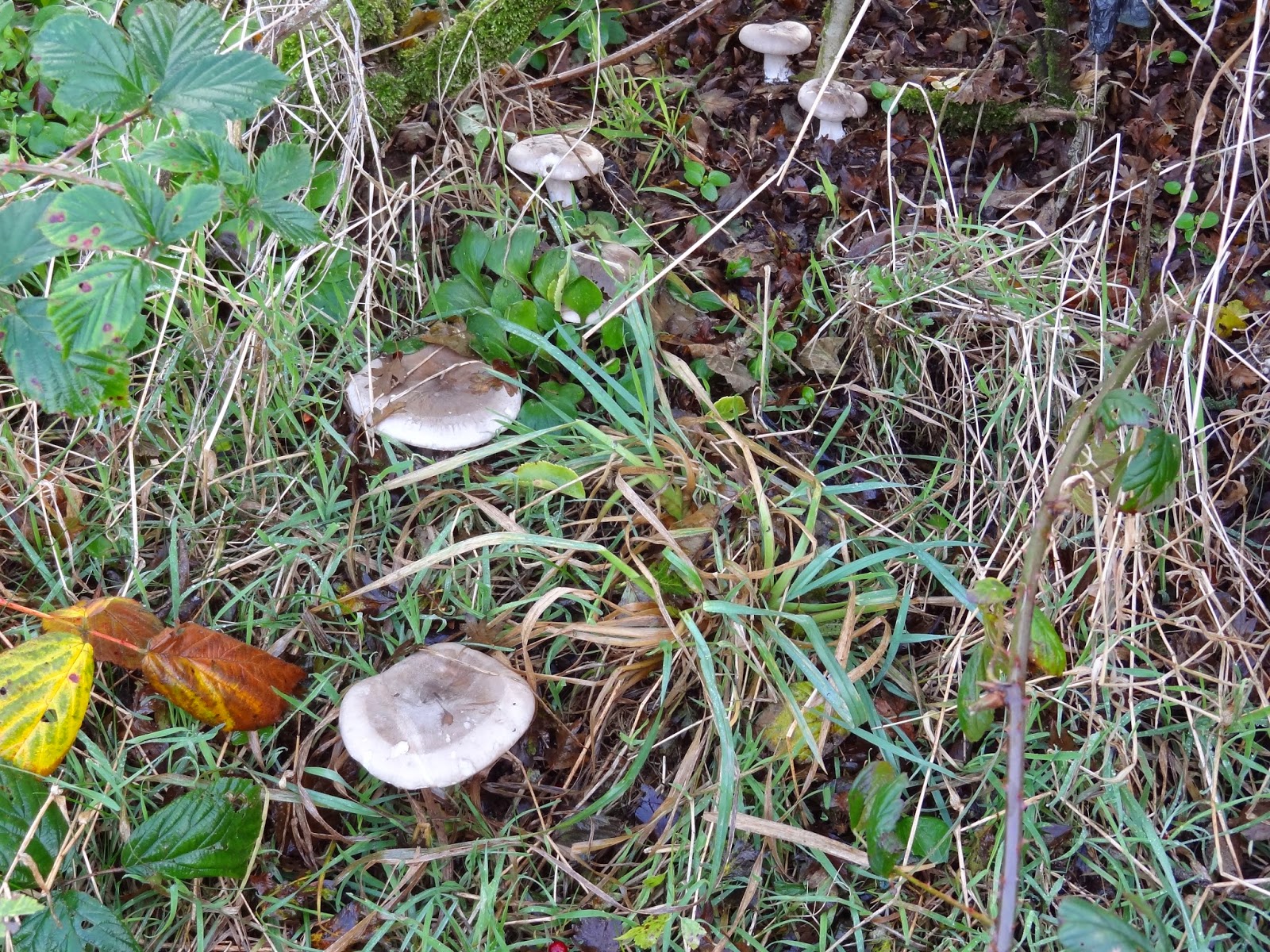 I havn’t come across this before so i will check it out. After much searching I think this is Lepista personata. 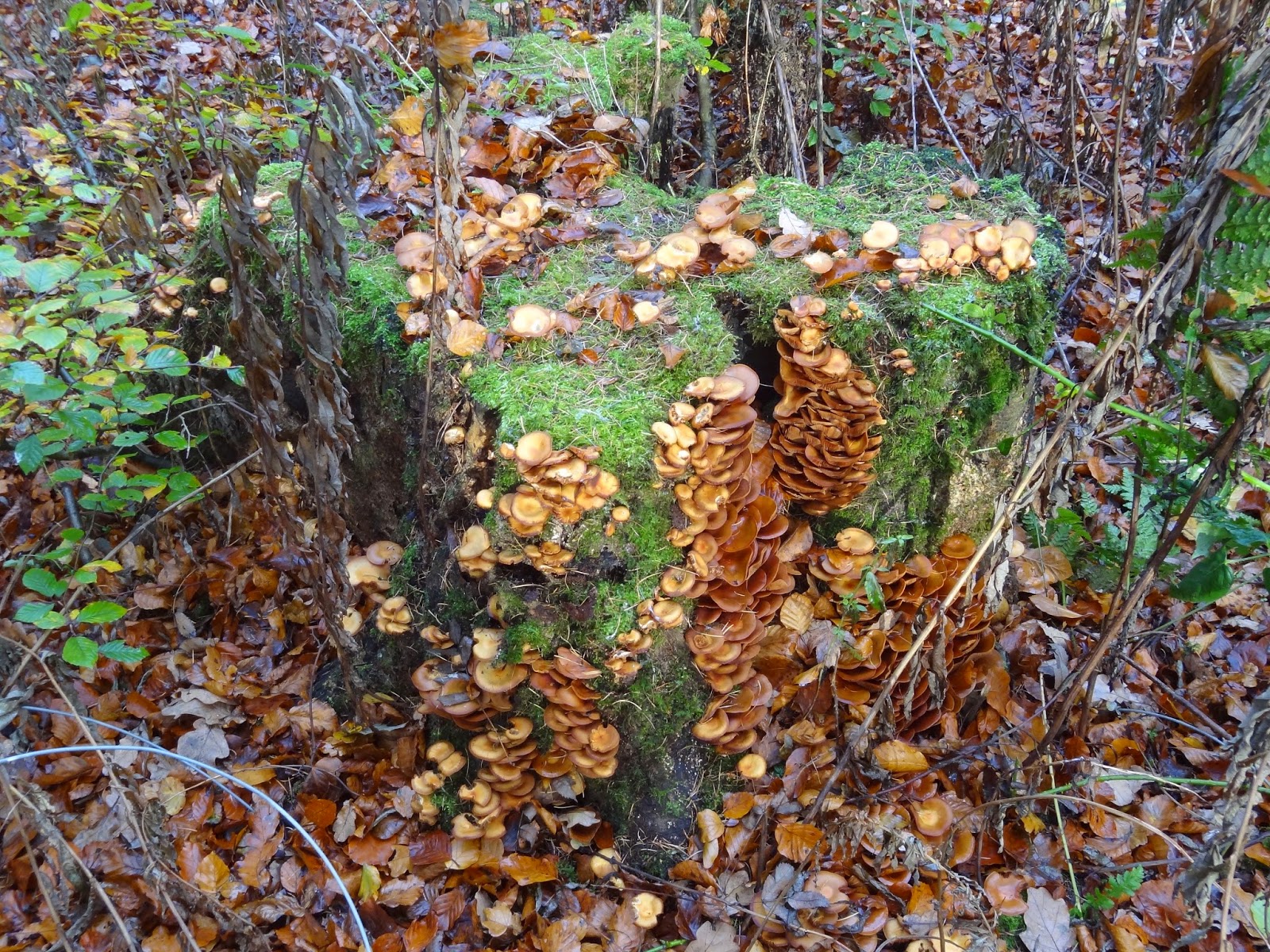 Which are leaves and which are Velvet Shanks? 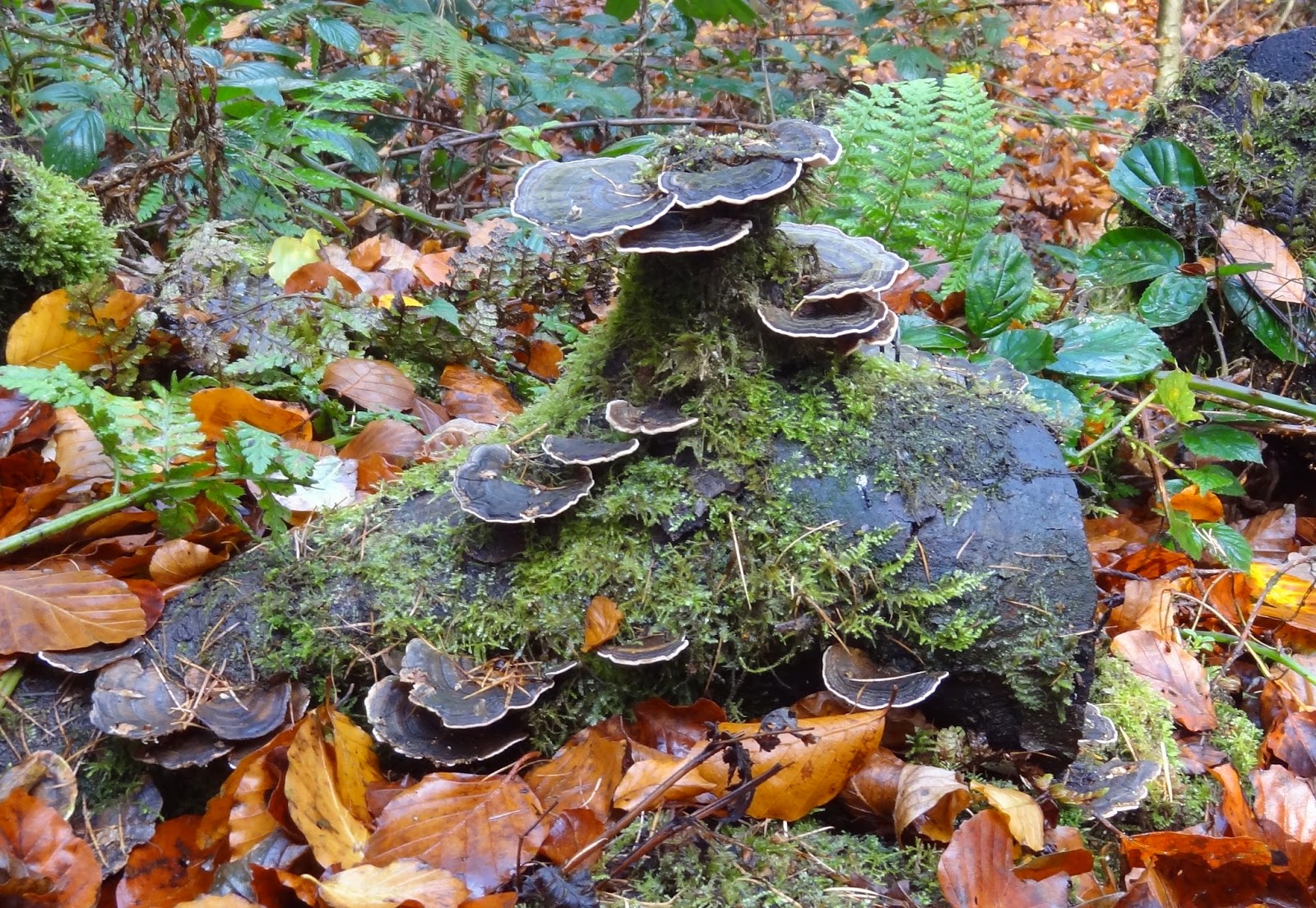 Coriolus Verisicolor
As i made my way through the woods i sat for awhile on a dry log just enjoying the light. Squirrels ran across my path stopping every few feet to dig another hole and bury the nuts collected for the approaching winter. They were very busy, is that a bad sign i wondered. Many of the fruit bearing bushes like the Holly and the Hawthorn the Mountain Ash and the Wild Rose are also full of red berries, more so than last year. 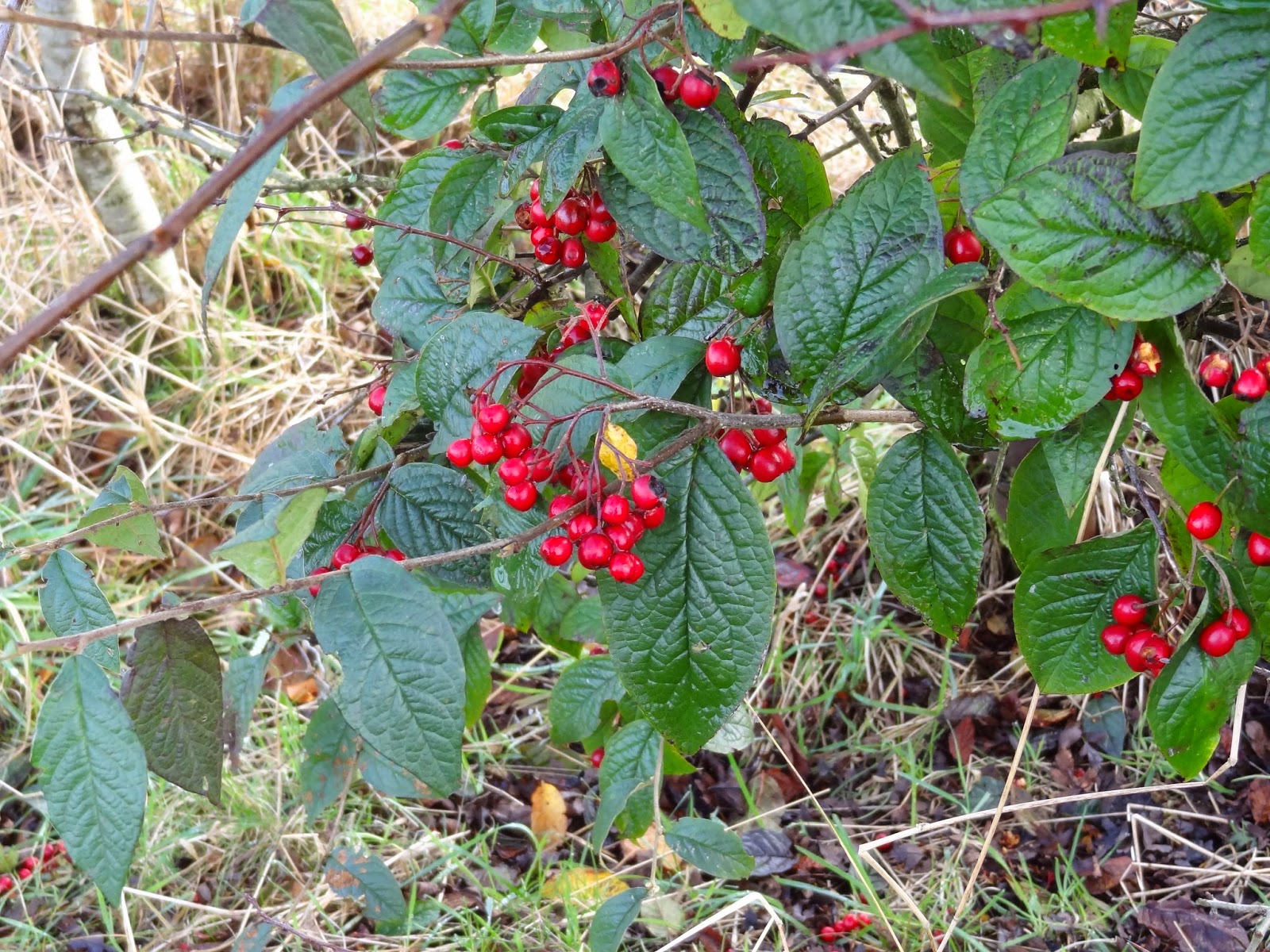 Alder Buckthorn loaded with red berries prior to them turning black.
It was quite pleasant whilst the sun shone but as soon as it was replaced with shadow the temperature drop was very noticeable. When you are moving the body remains warm but sat down i soon chilled. I was packing up to leave when i noticed a bird rustling the leaves in the tree adjacent to where i was sat. At first i thought it was a wood pigeon as these are numerous here. I grabbed my camera just in case i managed to get a good view of the bird when it suddenly dropped to the floor no further than 10ft away.
To my great surprise it was a Jay. I have seen Jay’s in here before but i havn't seen one which remained in the vicinity for more than a few seconds. Usually they fly to a branch, spot the human and then disappear rapidly.
Luckily this one stayed a little while and i managed to take 6 shots with my compact camera before it left. Below are the two better ones of the bunch. 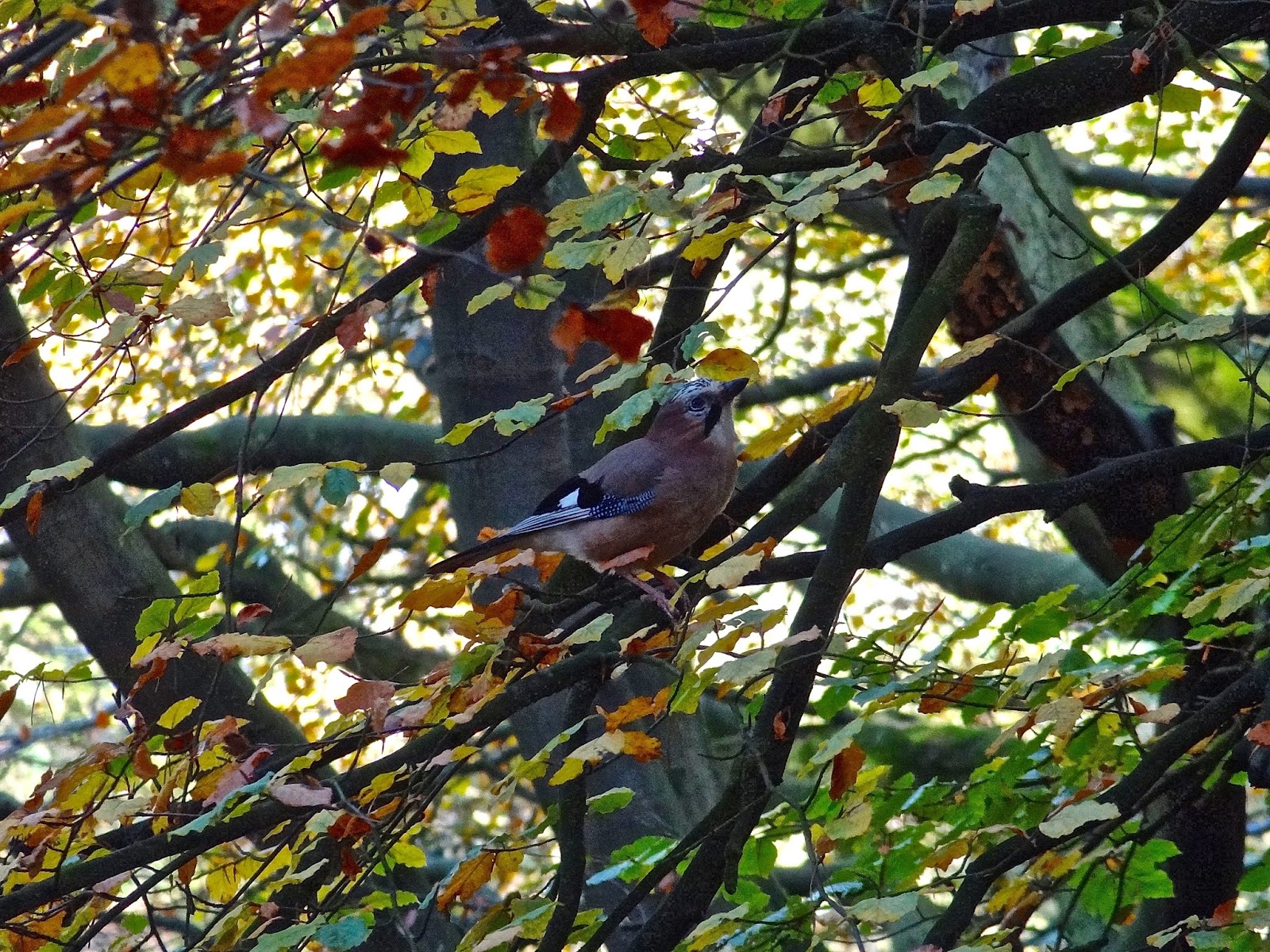 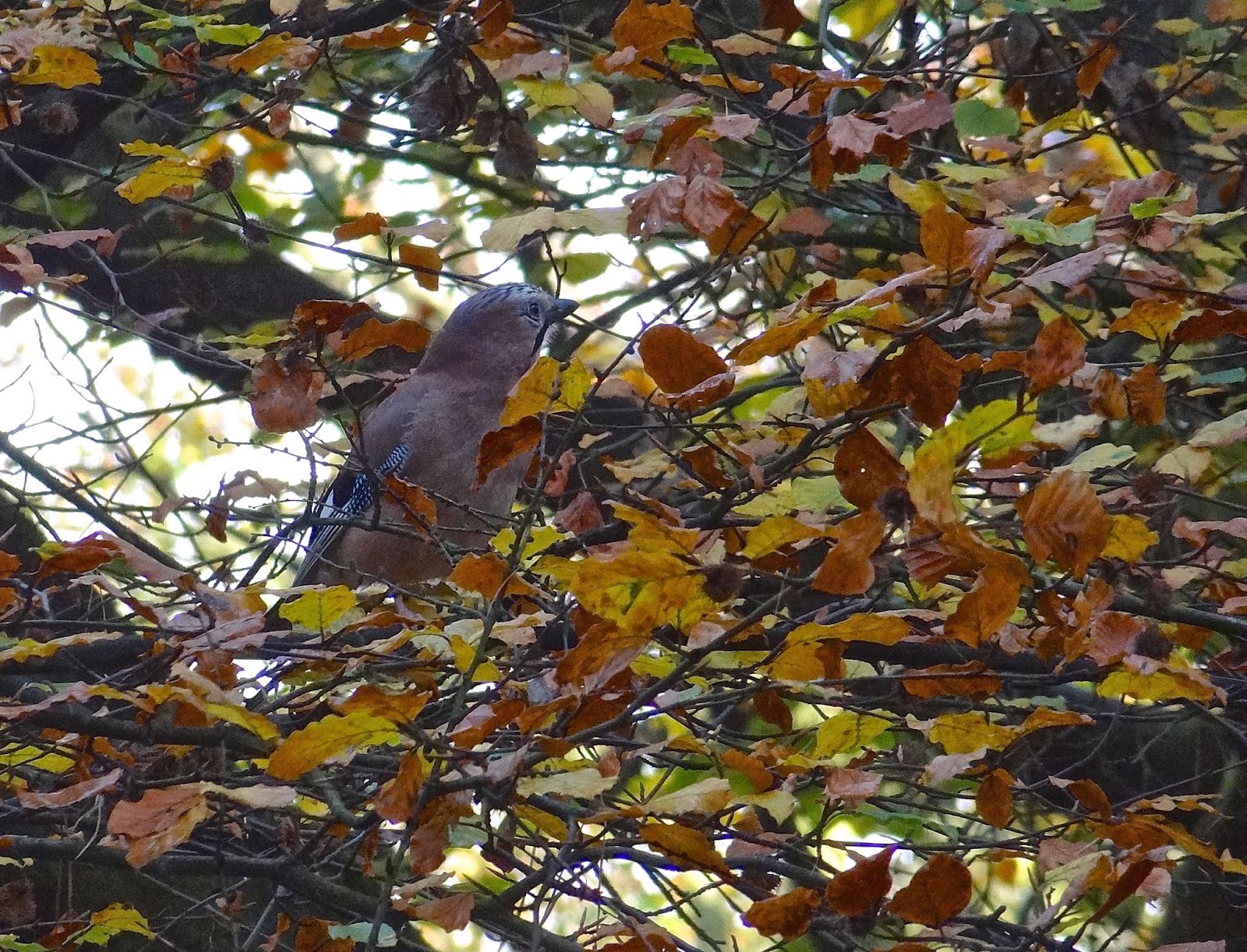 Great photos. The colour is excellent. What is your camera?

Thanks VM Conrad. I used my Sony HX9V Compact camera set on intelligent auto. No tripod and all the credit goes to the camera and the good light today. Yes i did point it in the general direction.

Mmm. Some words come to mind.

I'm over the moon you and others like them. Thanks.