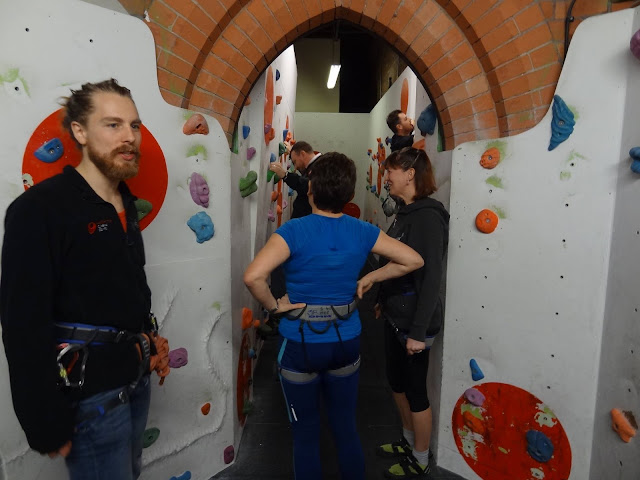 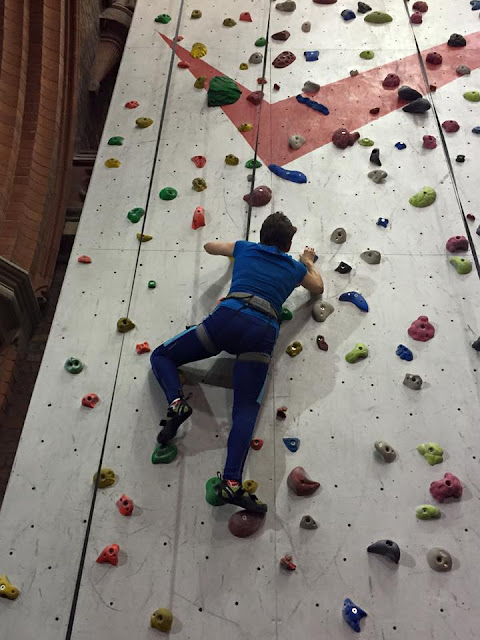 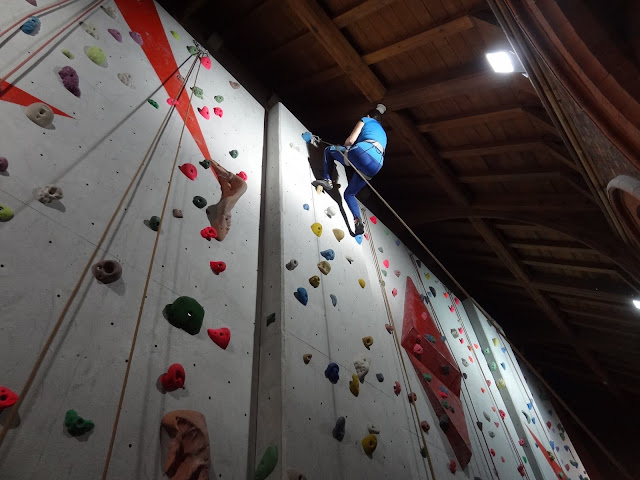 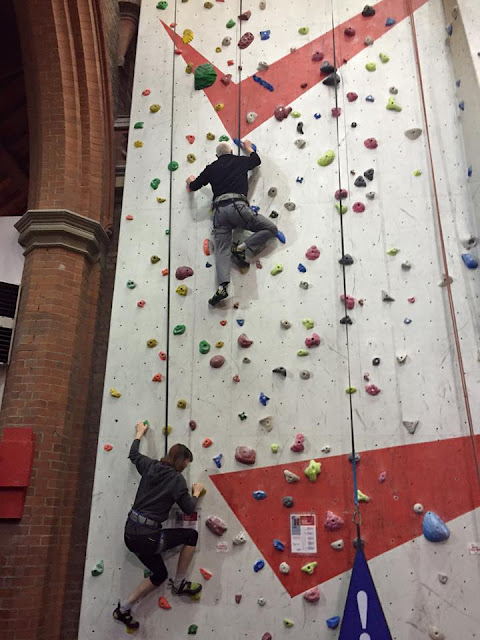 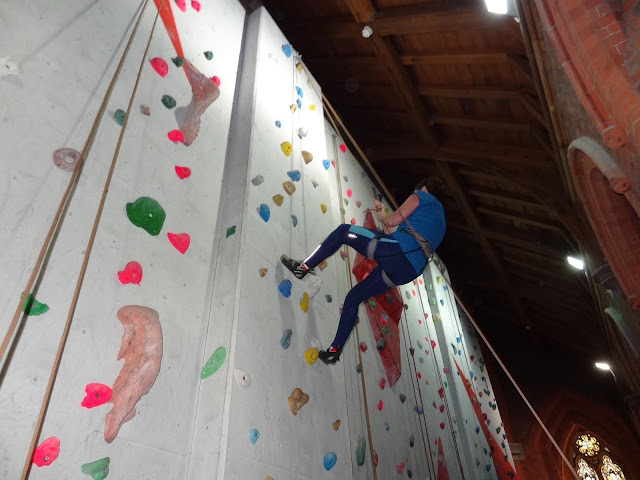 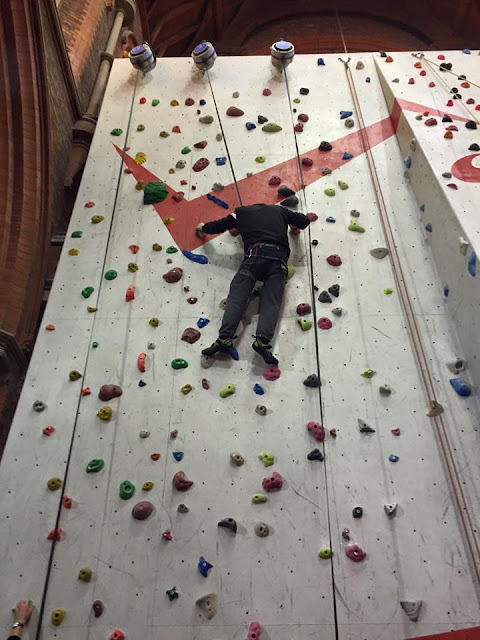 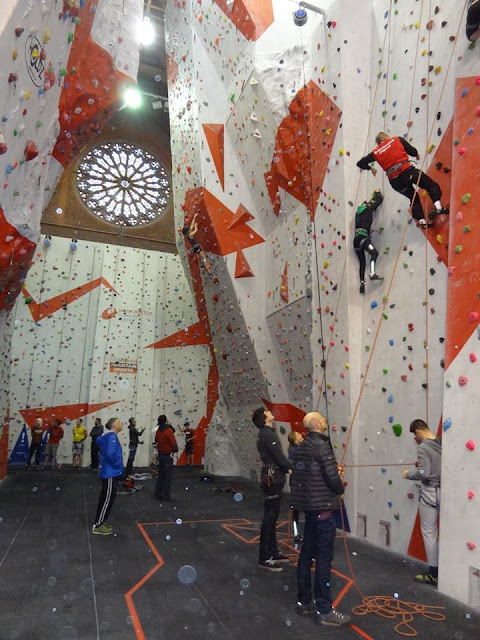 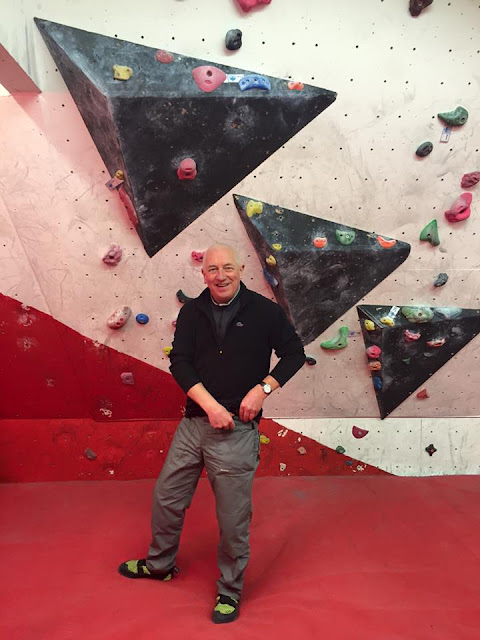 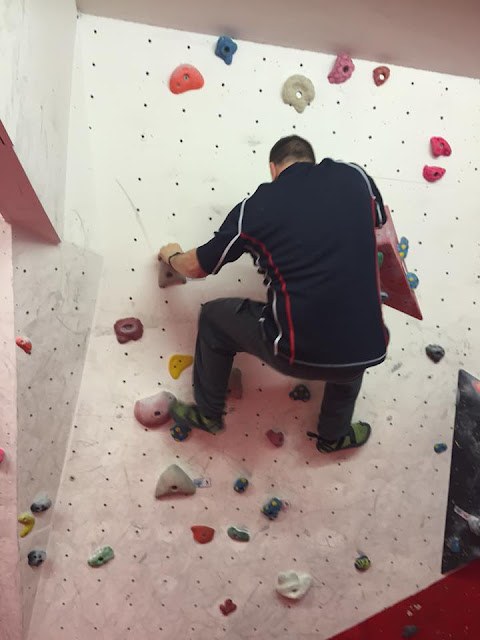 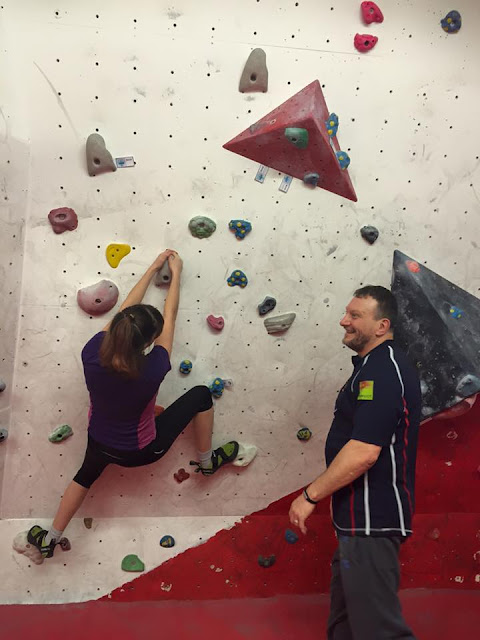 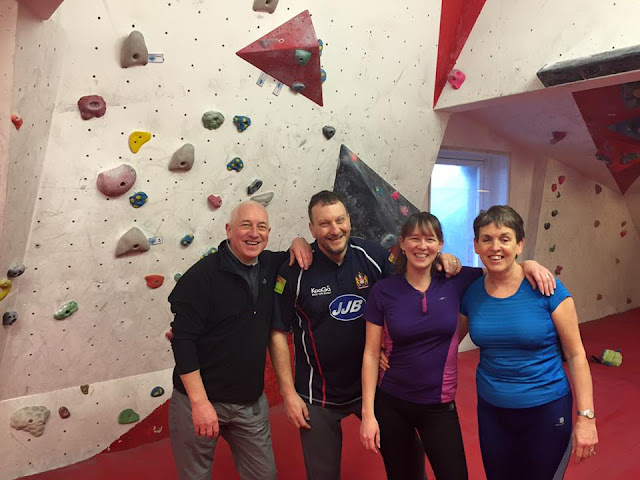 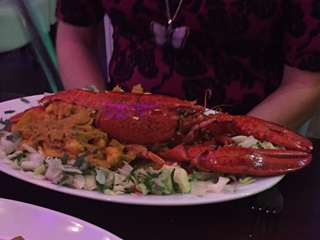 I started climbing again when I was in my late fifties having not climbed since about 1969. I then climbed with a very good friend until 2003 when he very sadly died from cancer. We were climbing together for over seven years up HVS going out once and twice a week as well as frequenting various climbing walls when weather was poor. I much prefer the real thing outdoors. I hope you continue and I look forward to hearing more.

Hi Conrad. Before doing this yesterday I would agree that outside is better. However we enjoyed it very much. I have no climbing gear left and I am not about to buy it all again. What I will say is we will hire it and climb the walls again. It goes to show that age doesn't limit you.

I've always fancied it but have always had the wrong weight/strength ratio and particularly weak in my arms and hands....so we'll done you all. Looked like fun!

Hi Laura. It's worth having a go on the easy walls and just some simple rope education is worth knowing. Give it a go, as you say its fun.

Lobster Curry?...not 'This and That' then.
I'm impressed with your climbing (and the curry), well done !

Yes. Unfortunately T and T didn't have lobster on the menu. We settled for 2nd best. Ha. We had a great time. Can't wait to go again.

Great stuff Alan, keep it up...

Late to the party. Great fun you're having there Alan and Sheila. I climbed from my early teens then in the early '90s a climbing wall was built next door to work so I used that in the evenings and the odd lunch time. I viewed it as a training activity rather than anything else, though it was fun all the same. My last climb was in 2008 with Lynne and by that time I'd developed Dupuytren's contraction in a finger so no more hand jamming for me! Enjoy your future visits - and more lobster of course.

I viewed it as training! Well so did i until i had a go. I have never tried it before and maybe its an age thing but i never ached like i do today when i climbed seriously.
I might get the team to try ice wall climbing next.