The Lune estuary and Lancaster canal

We had a nice meal in the Hotel last night although we waited almost an hour for it to arrive. It was very busy with people taking advantage of the 50% off deal being supported by Boris and co.
The morning started very wet, waterproofs donned and stayed on all day. 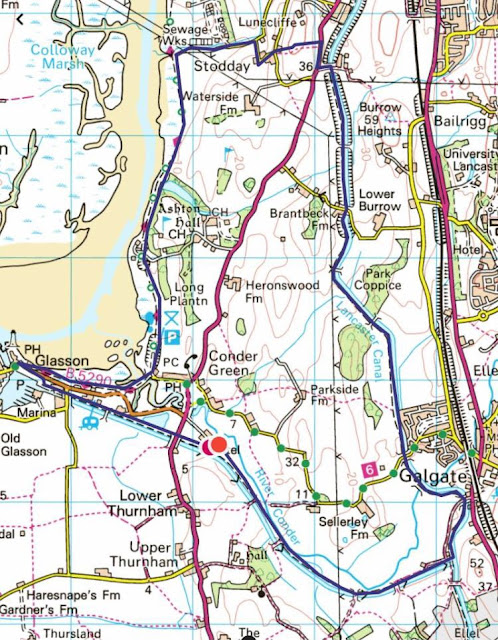 Unlike yesterday there was nobody about. The rain keeping people inside.
We headed down the Glasson branch of the canal again hoping to get a bacon butty from the caravan kitchen there but it was still closed, we were too early. 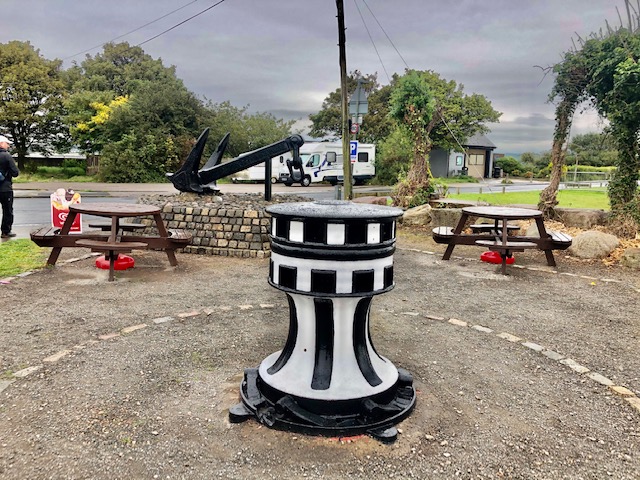 The sea end of Glasson is off limit to public which thwarted my idea of going to the lighthouse. We retraced back passed the closed and run down Victoria Inn pub and started walking along the disused railway line. Visibility was not great and with the rain i didn't take many photos.
When we got to Conder Green picnic area the cafe was also closed as were the toilets. The walk along the old train is ok but nothing to write home about. Maybe it was just the weather. 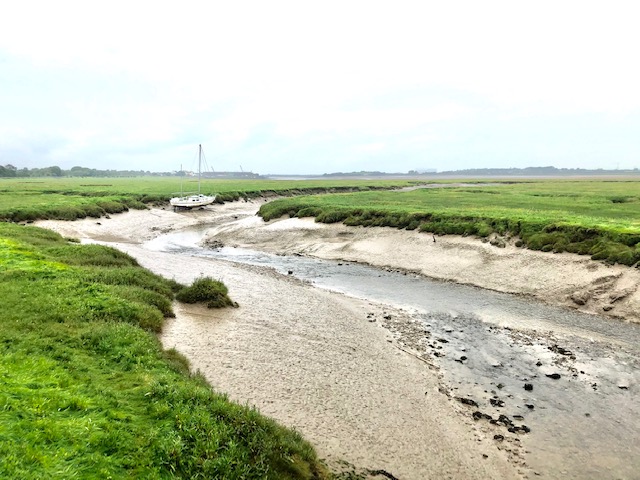 Electrical powerlines come into view and just before we reached them we turned off east on a track not shown on the os map as a footpath but it is in reality. The track leads to the entrance to Lancaster water treatment works and a minor road. We followed this a short distance before taking a right fork leading through Stodday village. This is a lovely spot and well cared for. 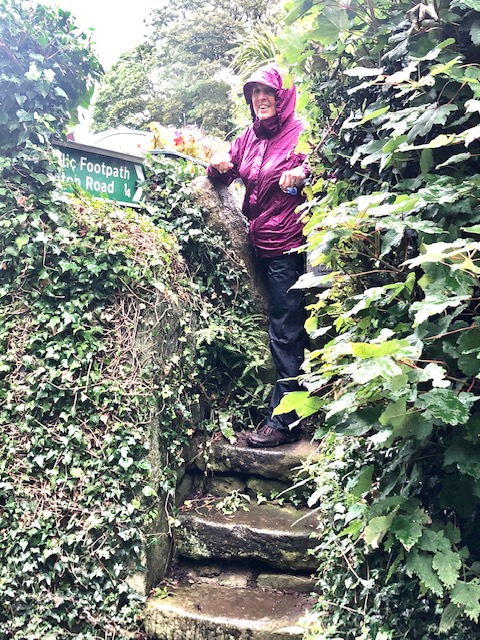 Leaving the village at the T junction, a very tall stone stile is negotiated leading up hill through fields before exiting onto the busy Ashton road.
We turned right and with care as there is no footpath did the few hundred metres to the turn off to Burrow Rd. A few minutes walk brought us to the Lancaster canal.
Its a lovely walk along the tow path even in the rain with lots of plants to identify. The bridges are also very nicely made and very photogenic. We stopped for a coffee at bridge 91a which doesn't span the canal but culverts Burrow Beck. A quite unusual structure.
A fellow walker stopped for a chat and he was walking Derby to Morecombe. Impressive, and then next week was off to do the West Highland Way.
There are many very nice properties as we approached Galgate with splendid canal side gardens. The large marina also looked in good order with all ammenities. No wonder we had seen lots of narrow boats en route. 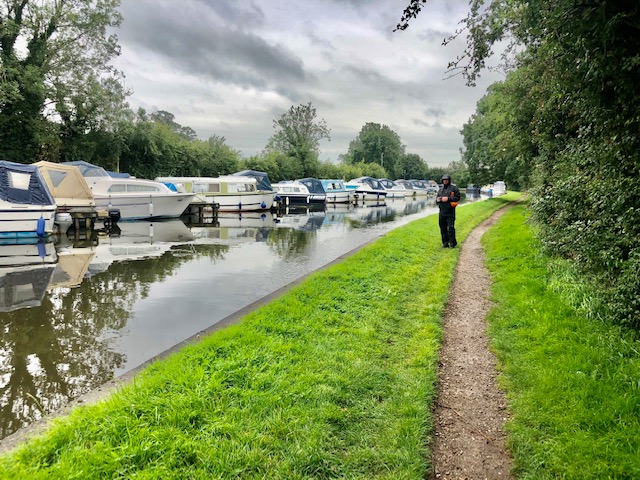 Another mile and we were at the junction where the Glasson branch splits. We stopped here for lunch just beside lock 1. It had finally stopped raining.
Setting off again a canal trust workman was weeding the canal with a very clever piece of kit. We stopped to watch the operation for a while. I wanted to have a go. 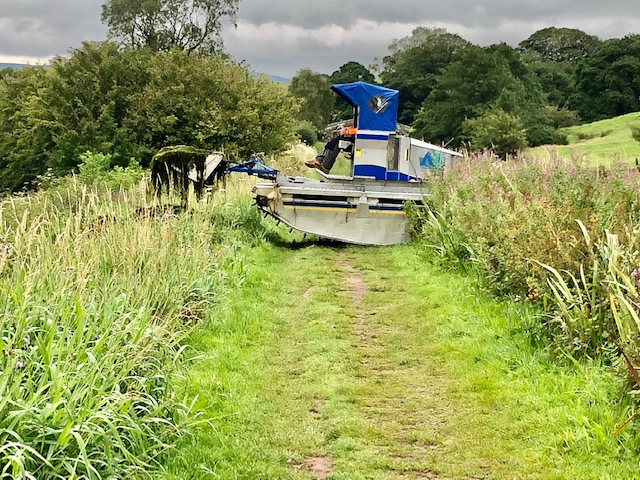 The spire of the church at Thurnham came into view and stayed with us some way. All too soon we were back at base.
Even though this walk was done mainly in the rain we enjoyed it. It was good to be out.
Route length 15.11km. All photos taken with iphone8
Posted by AlanR at 4:10 PM

It's interesting to note folk exploring a bit further afield, say within a shortish car drive from home. There is still so much to see and do. There are some sections of your walk here that I don't think I've been on. Keep them coming.

Morning Conrad. Yesterday’s walk was very enjoyable even in the wet. However we are contemplating what to do today as the weather from our window is pretty bad and we cannot see the coast. I don’t think today’s walk will be anything special. But we have seen enough to know we will return.