I had done some Esbit boil tests before this post but i thought i would do a quick test using the new Evernew 600 pan. 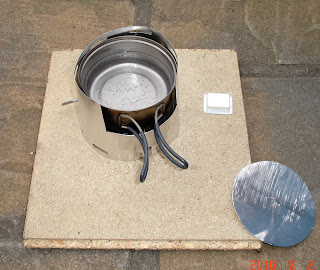 I used one Web-tex tablet that weighed 8gr.
The 400ml of water just reached boiling as the fuel finished.
It took 10 minutes to boil, so quite a bit slower than the meths stoves.

The day is quite a blustery one, so typical fell weather for the test. 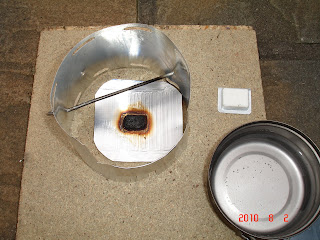 As you can see above the tablet is no more.

If you wanted to make a dehydrated meal and a brew then another 1/2 tablet would be needed to boil 500ml of water.. Therefore, a 12gr tablet per person per meal would be needed with some to spare.
Posted by AlanR at 3:37 PM