Last night was quite boring, what after the disappointment of not getting up to Cumbria and then suffering about 9 minutes of the England footy before i switched it off.

This morning we had a covering of snow with quite a strong cold wind. We donned our gear and set off straight from the house. It wasn’t long before we were into spin drift.
It was a chance to try out a couple of new jackets we had very kindly been sent for review. 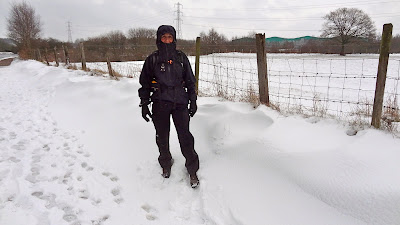 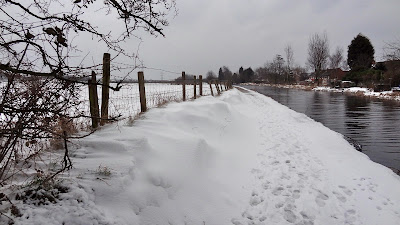 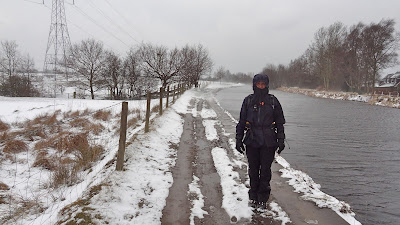 Both jackets were in my size (M), but it was too good an opportunity to leave one at home, so Sheila wore the other, although she is size (S).  Half way through the walk we swopped jackets to see how windproof/breathable we found them and what our first impressions were.
I will do a separate post on the jackets when i get the go ahead from the manufacturer and done quite a bit more serious bad weather walking, but i’m quite excited about them i must say.

We passed one of our local farms en route and we always check out his barn for newly born calves. Unfortunately today we noticed a dead one with the mother stood over it. The birth sack still attached to the mum. I knew the farmer would have known about but i called in just to make sure. Sure enough, he knew. He checked it at midnight and all was well but at 2.00am the calf was gone.

The lanes were unfit for vehicles and it was incredible the difference in snow conditions in such a short distance from our doorstep. 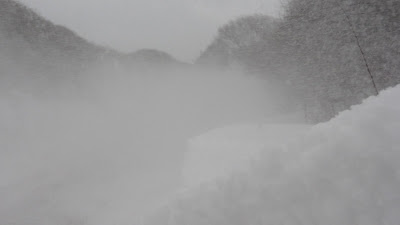 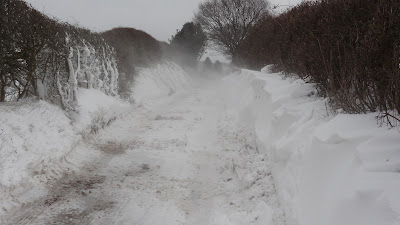 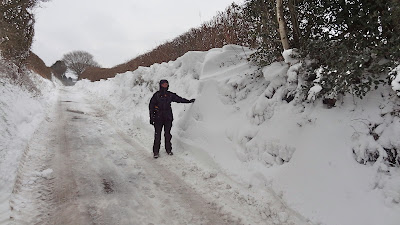 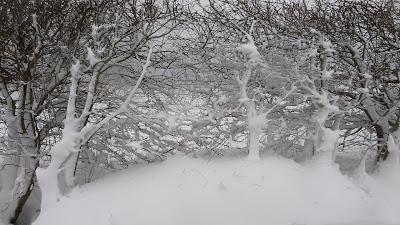 The fierce wind whipped up the snow and drove it at us with such force. Occasionally close to blowing us over and then 5 minutes later, all calm.
When we entered the park we were the first footprints. It was eerily quiet which surprised us. Usually kids and big kids are out sledging here with the voices carrying loudly on the wind.
There’s a coffee shop in the park which is about mid way through the walk and it was here where we were going to swop jackets as well as have a cheese and onion toasty and a mug of coffee. 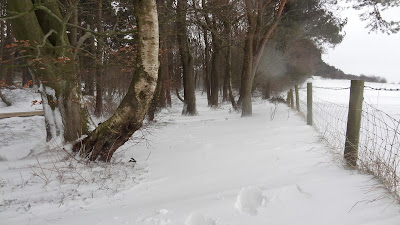 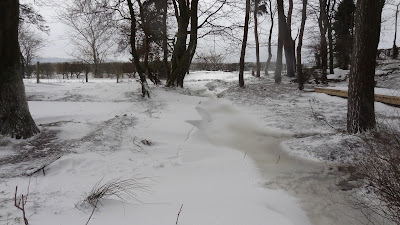 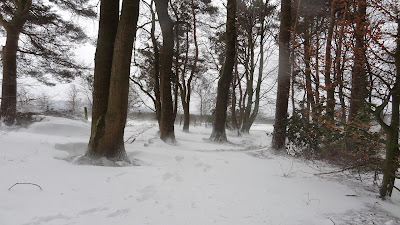 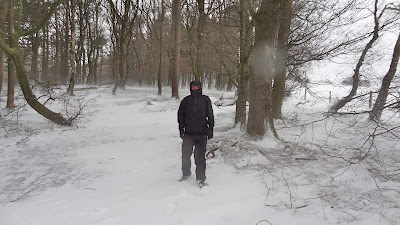 It was funny watching the birds struggle against the wind. All our feathered friends were at ground level and getting blown over like rag dolls.
The drifts were getting quite deep although general ground cover was no more than a 30cm. In some places we had to struggle through 1.5m of snow on the trail. Snow shoes would have been very useful. 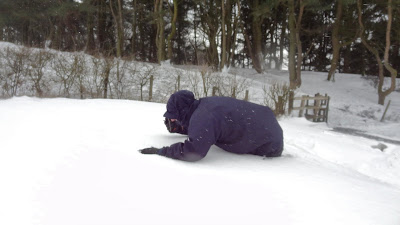 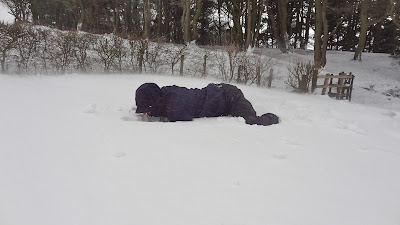 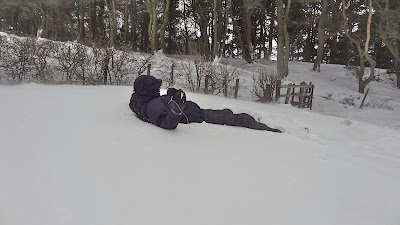 As it was we sank down, waist deep and still not finding solid ground. It was easier to roll through it rather than take steps. 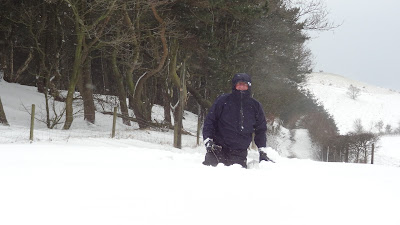 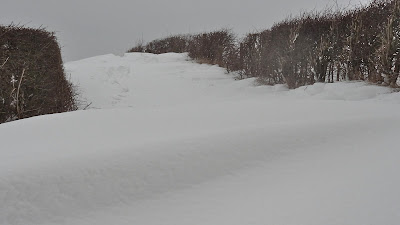 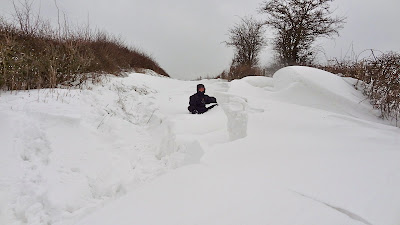 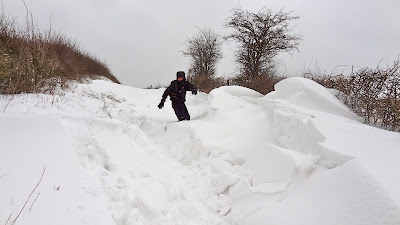 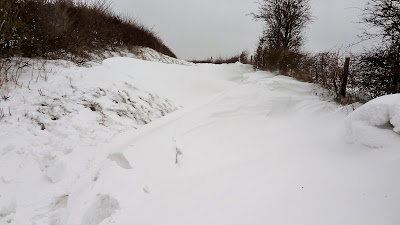 It was all good fun and we did about 8km.  It brought it home to us just how bad the conditions would have been if we had set off to Cumbria yesterday. It was a good decision to stay put.

Wow that looks deep Alan. Cumbria has had some deep snow in places. For instance I know someone who went to Preston and back yesterday and said Shap was Ok but the snow was worse at Killington. I went to Carlisle from Maryport today no problem. I was at Work in Workington yesterday and there was no snow at all whilst just down the road they were closing sellafield.

Its hard to comprehend how that can happen in such a short distance. That’s England for you.
Our piddling little bit of snow will probably be gone tomorrow. Some folks have had a nightmare time. Lets hope it improves soon. I want a decent summer.

Looks fantastic Alan, and Sheila looks as if she could be snowboarding in the second last photograph!

We've been spared the worst of the recent snow although it's still lying here from last week's blizzard.


Hi Gibson,
Yes we said the same. It was actually just a bit of a slide, with the camera set on sports mode, so a quick shutter speed captured it nicely.
It was fun but we were so close to home it didn’t matter how wet we got we could have turned back at any time.
I thought it might disappear overnight but we still have the same amount today.
Flooding next i suppose.

You two seem to have been enjoying the snow! :) Sheila really looks as if she was snowboarding.

You made the headlines in the Finnish YLE (our national broadcasting company) with your weather. It was a good decision to stay home - and walk locally.

I was being an arctic fox. Ha

Hi Maria,
Now we know what its like to live in Finland. Unfortunately we are never geared up for it.