Sheila and I decided that we had just enough time today to do a quick walk around this beautiful part of Lancashire. Dunsop Bridge lies at the southern edge of the Trough of Bowland. Supposedly the centre of Great Britain.

We were running short on fuel as it took us a bit longer than we expected to arrive in the village. I thought i would have enough fuel but it wasn’t the case. So i paid the most expensive rate for fuel that i have ever paid £1.55 per litre at the station in the village.

Parking is plentiful, although it's pay and display. Still the rate for parking is very reasonable at £1.80 for 8 hours, or £1.00 for four hours. Toilets are open and clean. There is also some places where “Free” parking can be had.

There was a bitter wind, cutting right through us. Certainly a day for layering and although i had a Merino base layer on i still felt the chill. The temperature was around zero degrees C but with the wind chill it certainly felt like minus 6.

Our plan was to follow the Dunsop River and contour Middle fell Knoll (Thanks Conrad) and return by the path on the opposite bank.
United Utilities are doing plenty of work on the river and even today, a Sunday, they were working in numerous places. The Forestry people have also been busy, with the clearing of the west  side of Beatrix Fell which looked quite untidy. Why do they never clear up after felling?

We passed plenty of people out today, all well wrapped up. It is obviously a path well used by locals for exercising the dogs. As we got further up the valley the numbers diminished. Obviously the cold was putting them off, and understandable.

The fell tops were clear and inviting. But not for us today. Plenty of snow had fallen on the fells overnight and it looked great against a blue sky. We found a track into open country that isn't marked on the OS 1:25,000 map, so that was mentally noted for the future. For anyone who might be interested, the access point is just north of the wall enclosing Calder Moor Forestry and rises to the ridge of Whin fell.

So, here are some photo's of the area. We will be back for further walking here and maybe a backpack too, soon. 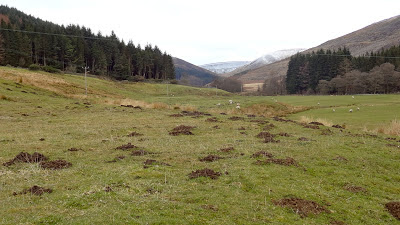 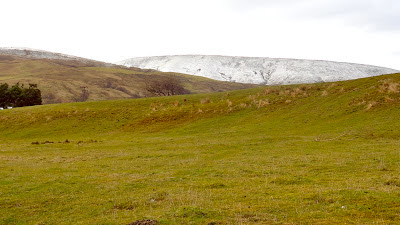 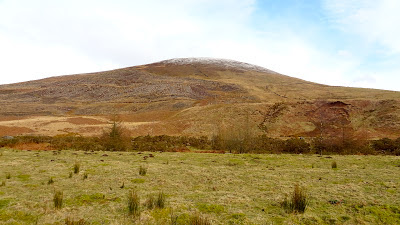 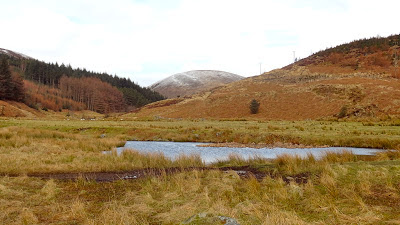 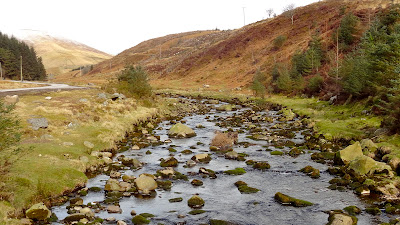 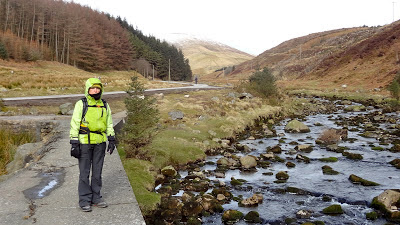 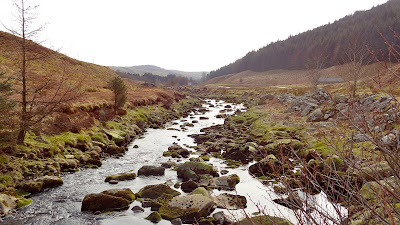 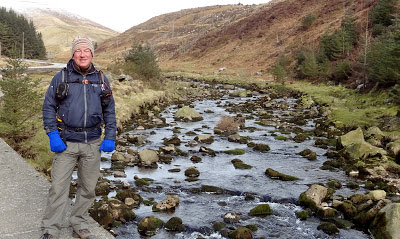 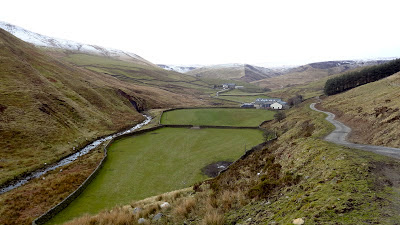 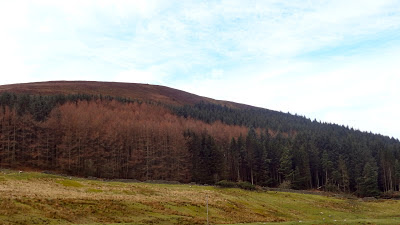 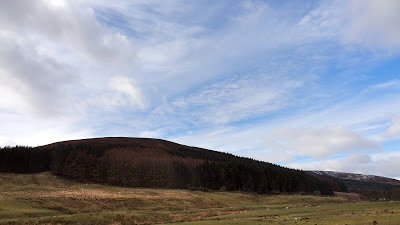 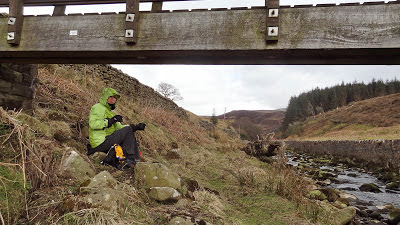 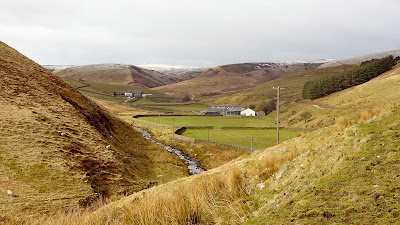 I presume you mean Middle Knoll. Years ago I set off early one morning from my then home in Preston and ascended Middle Knoll. On my return a hundred yards from the car I found a ten pound not in the middle of the path. The old valve computer of a brain slowly recalled removing my handkerchief from my trouser pocket just after setting off, yes it was my own tenner.

Hi Conrad,
Yes you are quite correct. I wrote the short post from memory and i should have checked it with the map. I presume you mean you found a ten pound “Note”. Touché.
You would have lost your £10 yesterday, there were so many people out and about. You were lucky finding it.

If the wind had not been so cutting i might have persuaded Sheila to ascend the knoll, but time was a bit short anyway.

Oh dear! The frustrating thing about posting comments is that you can't correct them afterwards short of removing the comment, but then that leads to all sorts of speculation from others, and makes a fellow blogger's blog untidy. Not that I had spotted my mistake anyway. The Bowland hills provide great walking.

I've lost count of the number of times I've put commas, apostrophes etc in the wrong place, but only noticed after posting the comment.

A ten pound note? Most I've ever found up here is 2p. This 'is' Scotland though!

Hi Gibson,
Funnily enough Martin and I were chatting about this very subject last Wednesday and basically, if i worried about how bad my writing was, i would have to stop blogging.
I’m afraid you have to take me as you find me. Warts and all.

Absolutely right Alan. Who said your writing was bad anyway?


I did, and Martin didn’t disagree.
I know my punctuation is sometimes awful and my grammar leaves a lot to be desired. But this is a blog about the outdoors and not a thesis for the UN. I’m past caring now.
Mike Knipe said to me once, that blogs will be studied by others in the future as social history. I agree with that thought, so i will carry on regardless.

More power to your elbow Alan. 124 followers obviously enjoy what yo write.

I hope you are right. Thanks.

No sunny warm spring there, either. I can feel the bitter wind just looking at your pictures! Sometimes the chill is much worse in damp, windy 0 C than in dry, still -10 C, IMHO.

But I would like the spring to take over - we are getting fresh snow almost daily and the temperatures are around -5 C. It's mid-March, come on!

I agree.
It’s damp windy and chills to the bone today. (Friday). Forecast for the rest of the week is poor as well. Mid March and still freezing.