Terry, a non hiking friend of mine likes to go for the odd walk and especially around his birthday. So i suggested a canal walk from Guide Bridge to Manchester along the Ashton Canal. He does like canals being a narrow boat man at heart and i also asked fellow blogger JJ if he wanted to come as well.

We caught the bus into Manchester at 8.00am and met up with JJ who had also brought along Viv and Rick at Piccadilly rail station at 9.30am. Tickets bought, coffee drank, we found our train and dead on the dot of 9.48am it pulled out. It’s only a short train journey to Guide Bridge being around 6.5 miles. 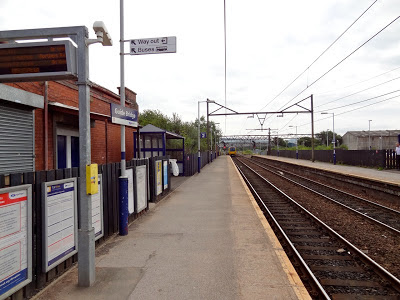 Leaving the train station i/we looked for a path down onto the canal towpath which i found the last time i did this walk. It was a bit overgrown and slippery and the reason for that became apparent about 2 minutes later when we came across a dedicated access to the towpath from the main road. This was locked and wired up the last time i came. Oh well. 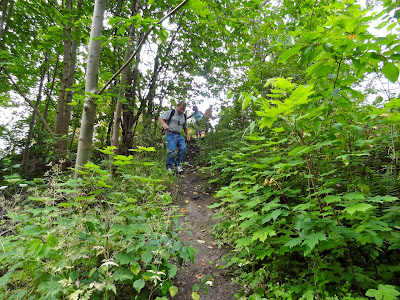 The steep and slippery slope to the towpath 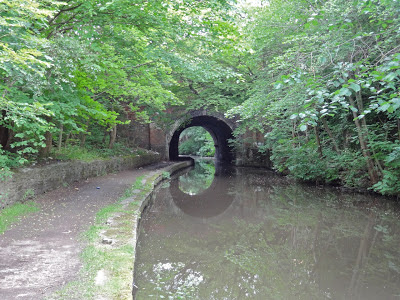 Guide Bridge over the Ashton Canal which opened in 1796. 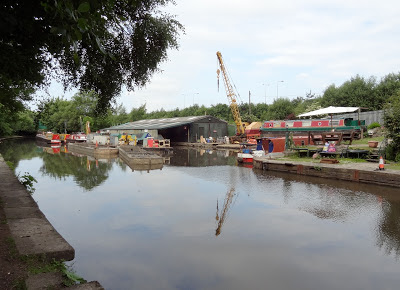 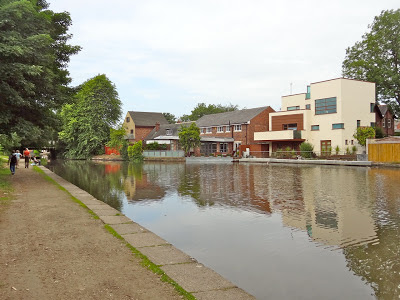 Some rather expensive property 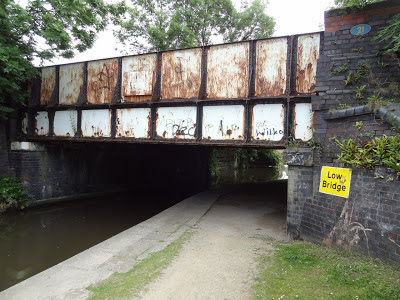 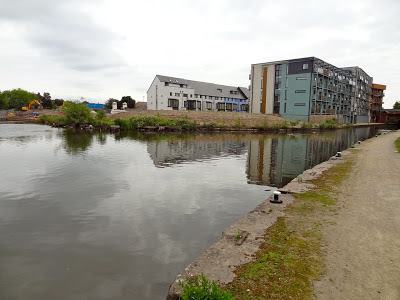 Lots of work and money is being used at Fairfield Marina and adjoining land.
These ugly buildings are now finished. 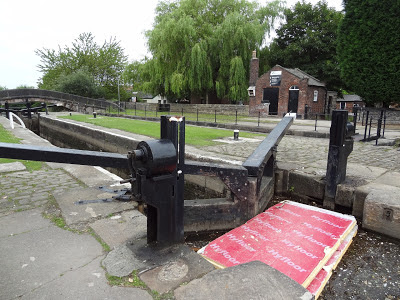 Maybe a couple of them are short of insulation. 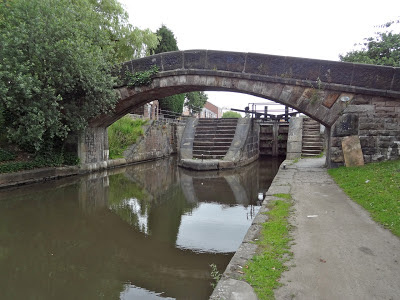 The fantastic double lock at fairfield. (lock 18) The LH lock is now not used.
They knew how to build in those days.
The day was warming up although it was cooler than recent days. There was some cloud cover and it made for pleasant walking and chatting.
We stopped to watch a small narrow boat at lock 15 and JJ noticed the lady having a struggle with the winding mechanism and so lent a hand. JJ was having no luck either and so i got a 2nd key and released the paddle on the opposite side. This one worked. 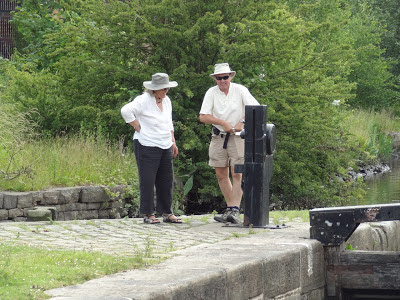 What seems to be the trouble Madam? 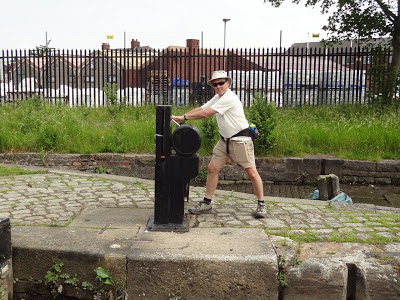 Give it here! Mmm its not working! 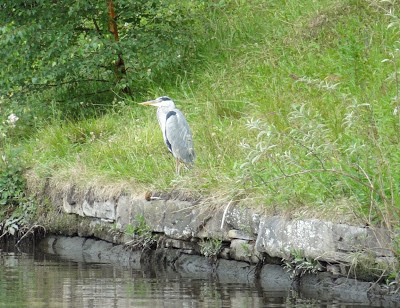 We finally got them on there way after about a 10 minute struggle. The others had wandered on a bit but waited at the next lock when they realised we were missing. Somehow they resisted calling in the Strawberry Duck for a quick beer. 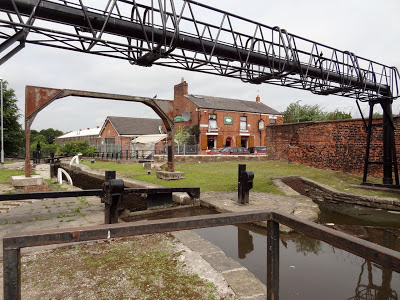 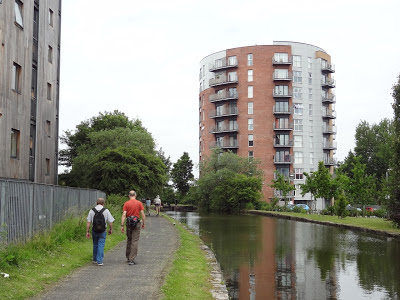 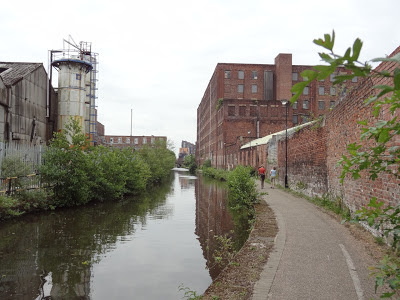 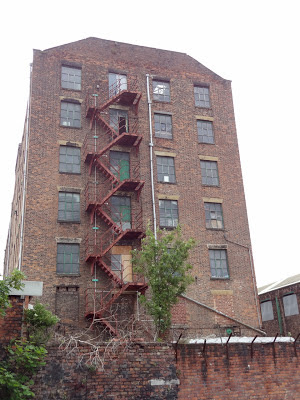 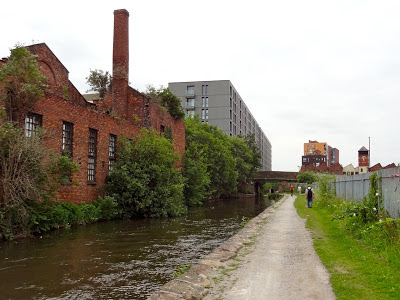 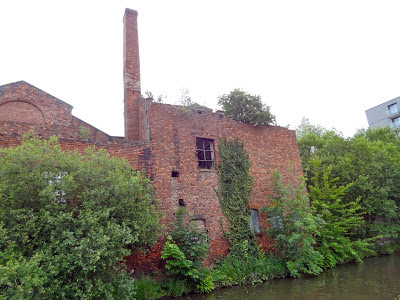 4 photo’s above. Some of our Industrial heritage now derelict and looking very sorry. 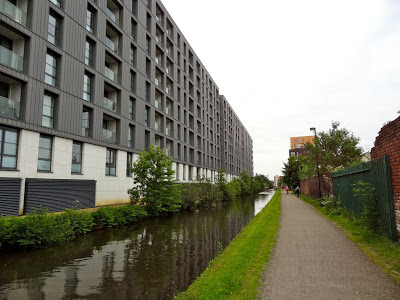 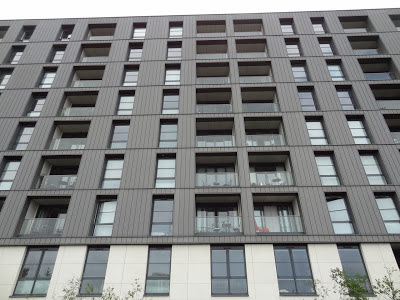 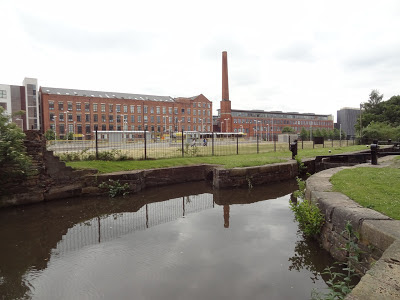 Some old warehouses looking like modern homes. Very sympathetic use of fantastic architecture.
Even keeping the chimney.
Manchester city centre was fast approaching and the work being done in New Islington looks excellent. Lots of development work is being done around the Etihad stadium. Big money is being spent here and it’s great to see. 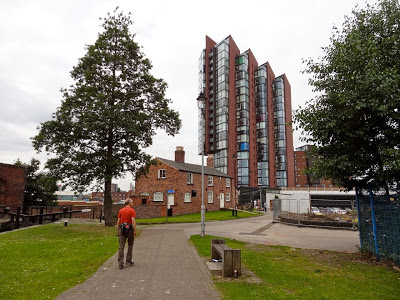 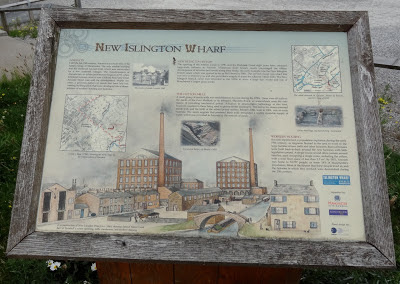 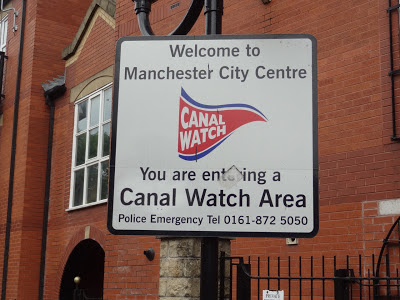 Strange Sign. Why would anyone want to steal a canal. Ha 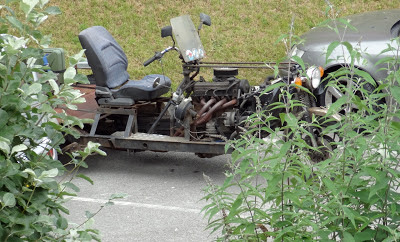 Strange vehicle. Surely this isn’t road worthy. Unique all the same. I wish we could have had a closer look but this was the best i could get with a zoom shot. 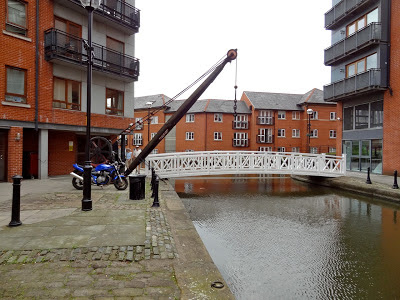 We left the canal just before Dale St. as we were now heading to Manchester’s northern quarter. The smell of a curry was like a magnet pulling us to This and That, our favourite curry house near Shudehill bus station. For some reason, probably hunger, i didn’t take a photo of our meals. From there we went part way to where JJ, Viv and Rick were to get the tram back home, we bought a beer in The City Arms.

A most enjoyable short excursion. Thanks to each for your company. And happy 58th birthday Terry.

Very good Alan.
I'm catching up with your activities but won't deluge you with comments. It's quite hard to stay in touch from a long trip!
Lots of canal based walks, I see. I suppose that going up hills in the Manchester (Cheshire?) heat can be a little tiresome, especially with those well built Timperley types...

Thanks Martin although i don’t think Hard Knott is a canal walk. Its very very warm here. But not complaining. The curry was very warm though.

Always good to take non-hiking friends for a walk. But to see Manchester + City in the title of a post must be rare in this blog! ;-)

You are correct Maria. Did you notice there was no photographs of the works or the ground. Ha.
My camera has a fault or default with blue photographs.