The morning was a calm one. The reflections in the loch of the mountains just wonderful. It was such a shame that we had to move on. It would have been nice to sit a while and take in the beauty of these peaceful surroundings.
At some point during last evening a few more tents had arrived near our spot and the 2 Akto’s that were pitched before us, had gone. I never heard any comings or goings. 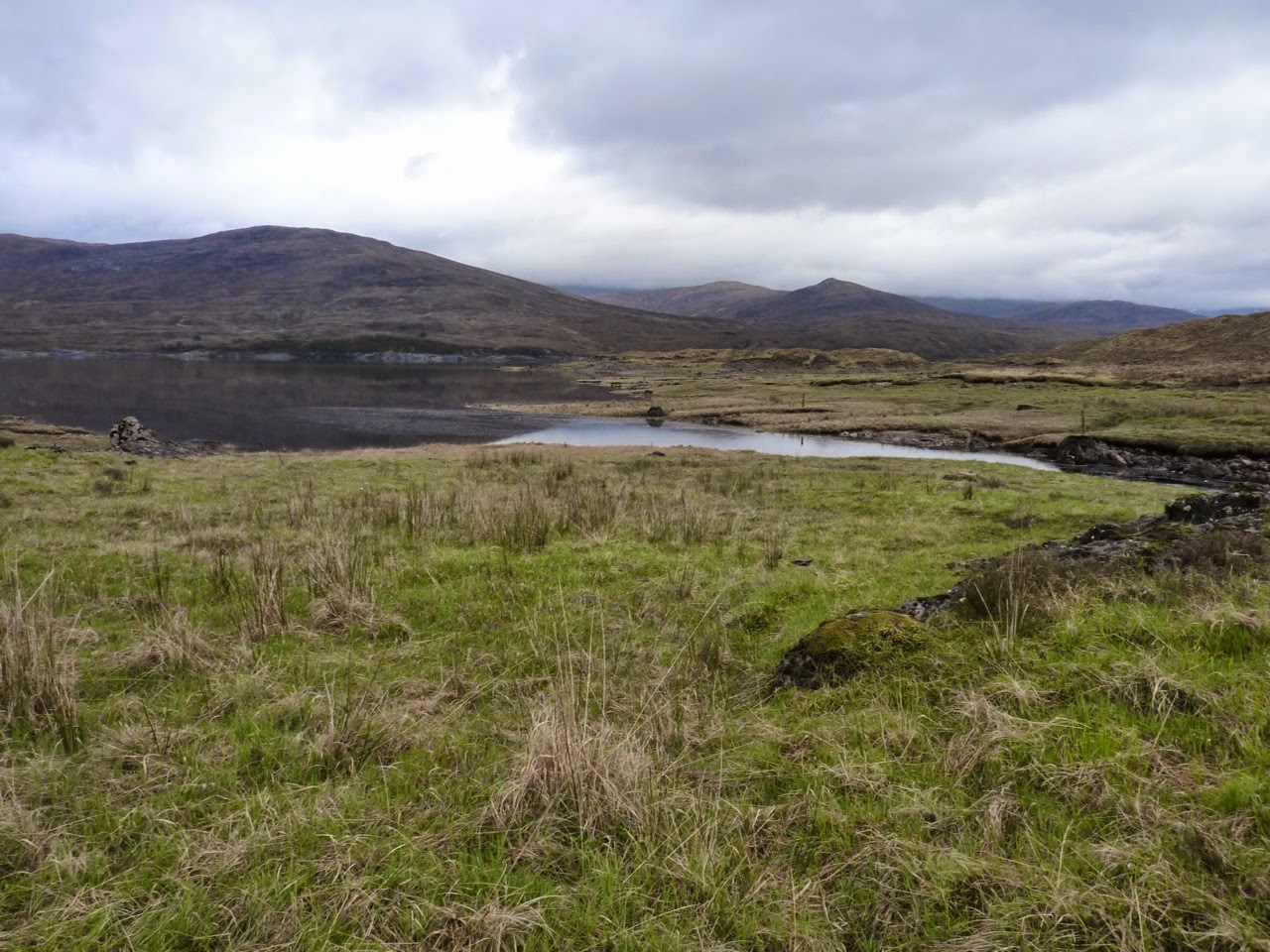 View from the tent door.

It was as we set off we made another slight error. Without looking at the map we just set off east along the loch thinking there would be a path shore side. The path of course being slightly higher up the fell side. It resulted in a boggy few hundred yards up through some old forestry peat haggs. It was obvious now why its called east Monar forest. All the preserved roots are still there in the peat.

The path along the loch is a good one, undulating and very scenic. After about 45 minutes we spotted Croyden about a km in front, his orange rucksack cover giving his position away. 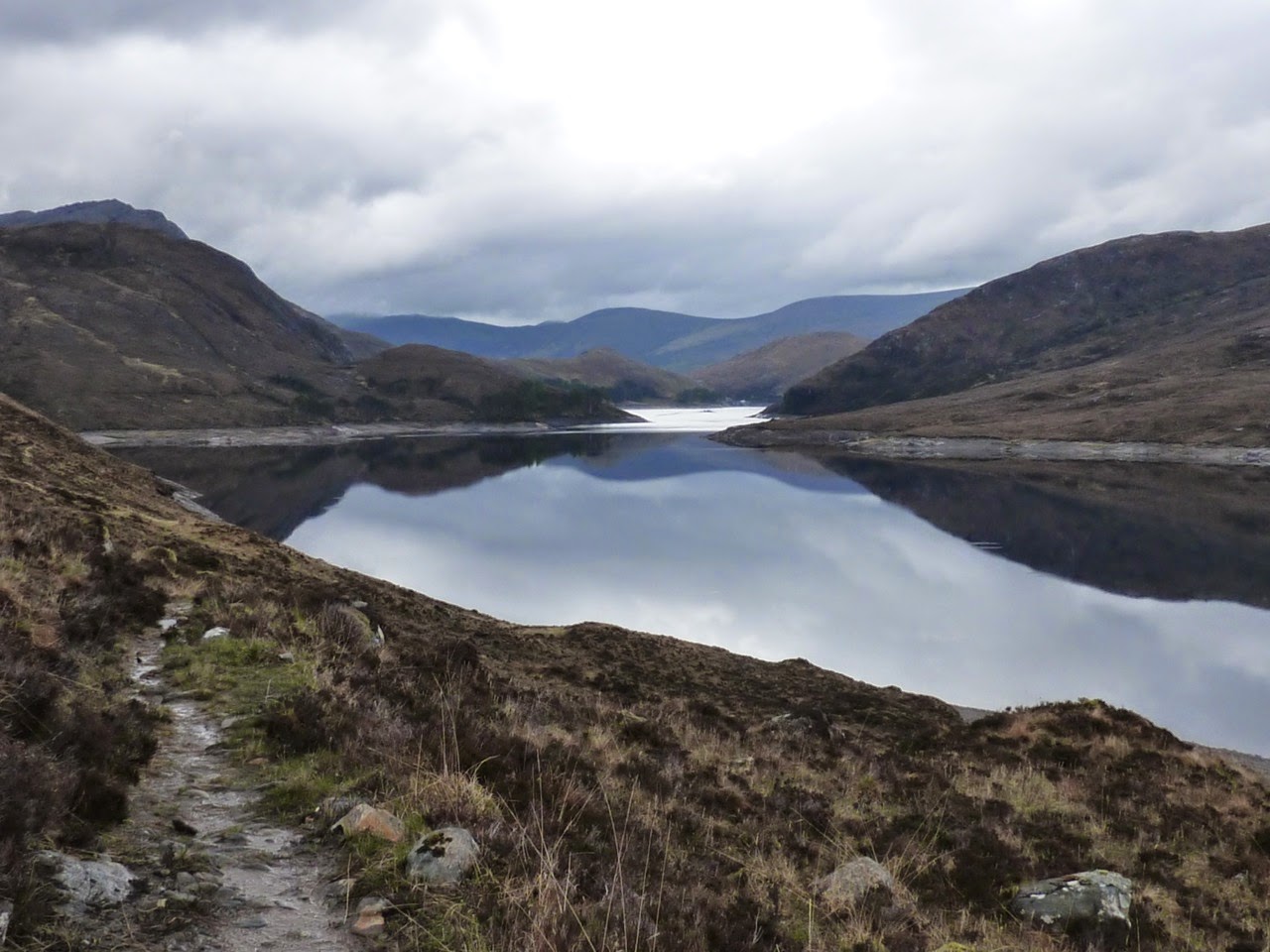 The path on the NE shore of Loch Monar. 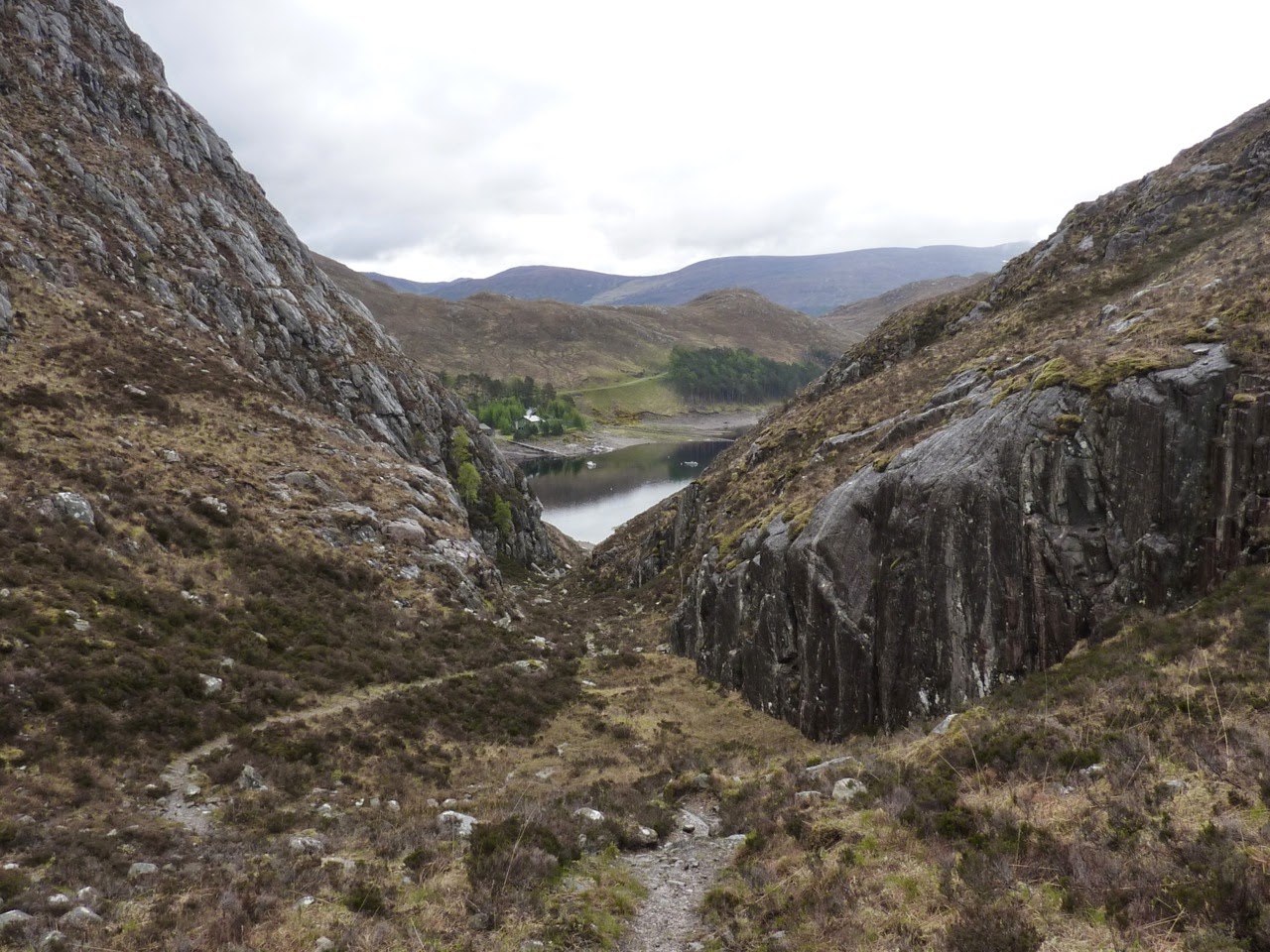 East Monar Lodge coming into view.
The lodge which is quite new by the look of it and sits in a bay which reminded me of a sea loch, although this is inland water. I had the idea that it would be great to travel to this spot by float plane. As we passed the house some dogs barked and there were signs of activity but we saw no one.
Past the house a good track leads down to the dam and it was here that we sat for a few minutes. As luck would have it a stag walked nonchalantly past and then quickly disappeared the way we had walked.
Fast progress was made along the service road and in no time we passed Braulen Lodge, owned by a Malaysian businessman i believe. It seemed well kept but deserted like lots of Scottish lodges.
A number of cars loaded up with bikes and provisions passed us and i wondered if Monar Lodge was being used for holidays as there are numerous out buildings.

We caught up with Croyden who was sat down having a break. So now we were 5 again as yesterday.
A little further on the bridge over the River Farrer came into view and we decided that once we hit the side stream of Allt Innis Na Larach we would stop for lunch. So far so good with the weather, it had been a pleasant morning.
It was a grand spot for lunch and the sun made it leisurely. However the clouds were building and it started spitting as we packed up.
At first the path following the burn on the east side was ok. But quite soon we came across a large land slip. Rain started and it was heavy. Waterproofs on.
We tried to circumnavigate the landslip by retreating and going up hill and although there were plenty of deer tracks it was hard going.
JJ, Viv and Mick tried a route following the bed of the stream whilst Martin and i stayed a little higher. Neither route is good.
Many false watersheds came and went and with the peat hags, the wet and thick heather, more land slips, river crossings and the heavy rain, it was turning into a horrible afternoon. We were glad to see the watershed for real and we found a few ATV tracks leading in the general direction of the forestry above Liatrie.
We kept the burn in view on our rhs and soon came to the high deer fence our vetters had told us about. Luckily we hit the fence at a good spot and were only 50 metres away from the gate. A good ATV track led us through the forestry and to a second gate exiting us onto the minor road and a sit down on the bridge over a small unnamed burn to get our breath back.
Never again will we do that route JJ said.

After a bite to eat we set off and in a few minutes we bumped into the 3 Dutch guys who we had not seen since Torridon. They had roughly come across on the same route as us although they had not gone through the deer fences but had contoured round. It looked just as bad if not worse than taking the ATV track.

The minor road walk into Cannich is quite steep in parts but a nice walk all the same even though its a bit long and road walking is not good for the feet.
Once at Cannich camp site we were greeted by a smiling proprietor who told us that the cafe had stayed open a little longer and that if we wanted to get a brew then we could sort out pitch fees later. Great stuff. We did just that.

I think it was Sheila at the cafe, she rang the pub to see what time meals were being served until, but got no reply. We pitched quickly as it was 8.00pm gone and then marched round to the pub. The Slaters Arms seems in the past to have had a bit of a reputation as a miserable enterprise. I can now recommend this place as good food and good beer. The staff did as much as anyone to ensure challengers were fed and watered and the quantity of food was great.
Already in the bar was Dennis Pidgeon and 2 others when we 5 arrived. Quickly followed by the 3 Dutch, Andy Howell and Kate Foley.

Note! We heard on the grapevine that the Spar shop was running its stock down pending closure. Future challengers to Cannich may want to keep a note of this or check up closer to the time. 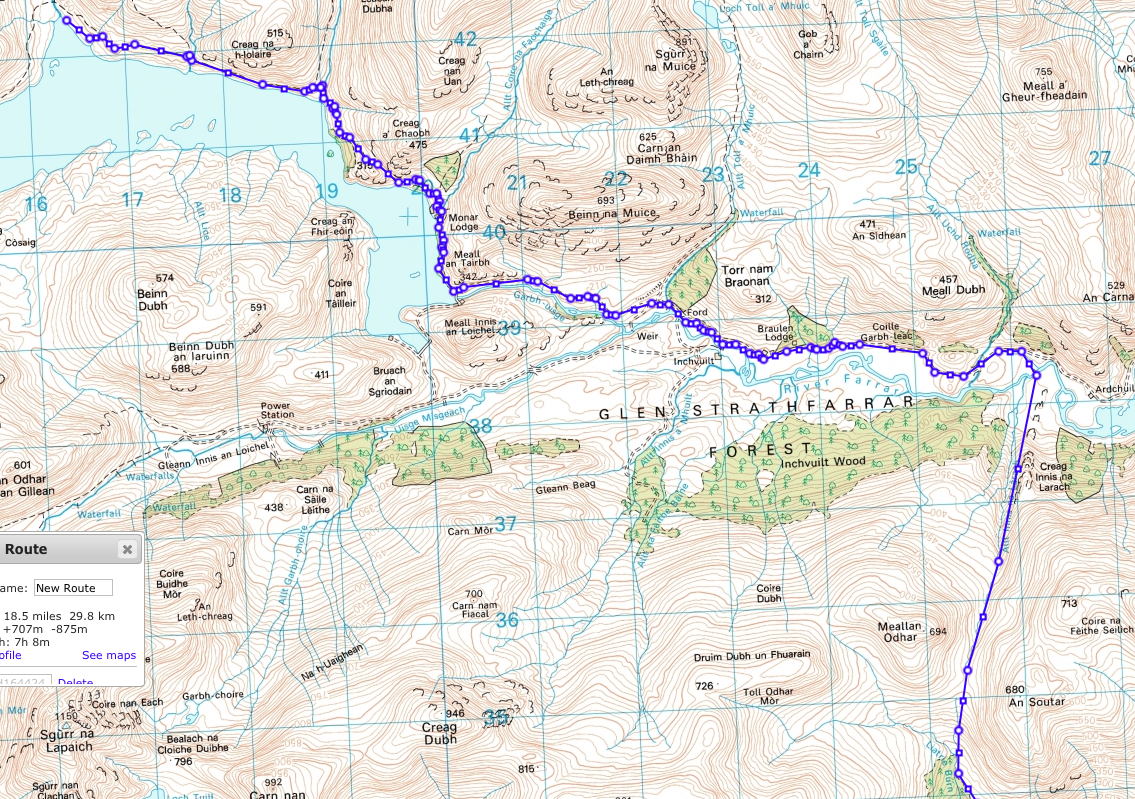 Some parts are very wilderness like. A beautiful area on a good day. Thanks.

Crap, is being very polite from what i remember.