A curry at the end of the Irk.

I missed the "C" teams last curry walk, so I was pleased when Martin arranged another one. I think it had been mentioned on one of Martin's previous ELLDWA bimbles that Reg may fancy the walk and so I expected only 3 or maybe 4 attendees. I turned up at Heaton Park station and by 10.30am there were 18 people. Immediately the thought was This and That curry shop won't seat 18 people in one go. It can be very busy with local workers.

Crossing Heaton Park, the biggest municipal park in Manchester we passed the Hall. It was sad to see it so shut up and crumbling. Hopefully it won't be to long before it is back to its old splendour. 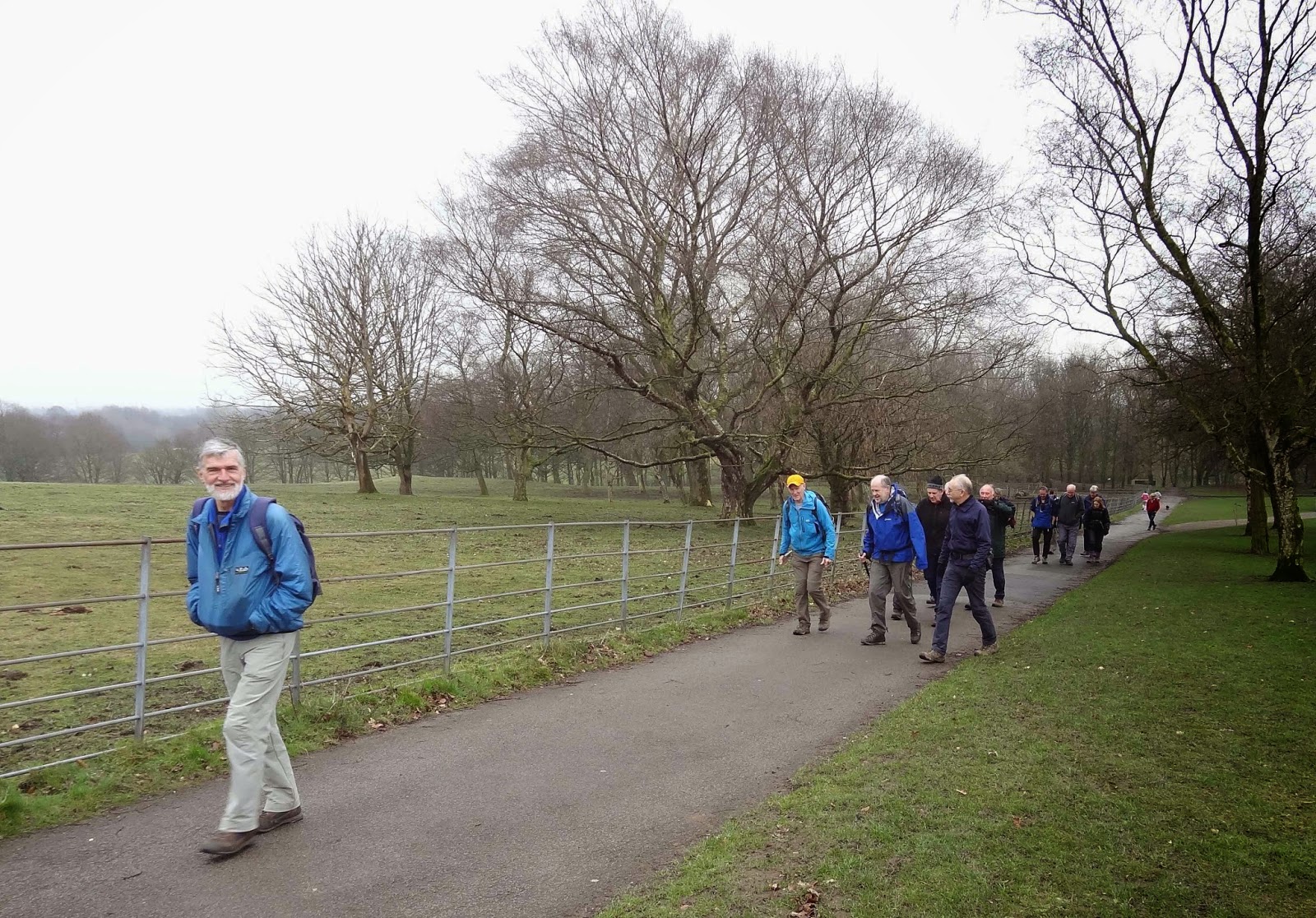 Having called into the golf course cafe last time it seemed a good idea to call in again. Unfortunately the person behind the counter didn't seem impressed with making tea and coffee for 18 so made the excuse that they didn't have any milk.
So we left and the golf course lost probably £40. We will go to the cafe by the lake next time.

Across the busy road we picked up the right bank of the River Irk. One of the Severn rivers that flow into Manchester centre.
(Some now culverted).
The river was flowing fast whereas last time it well down and slow. The water quality was looking decent considering that years ago it was badly polluted. 
In our eyeline loomed the Hexagon Tower. Once the home of ICI research. Now a conglomerate of companies occupy the space.
A new housing estate had us scratching our heads about the forward route. A bit of a detour brought us back riverside. 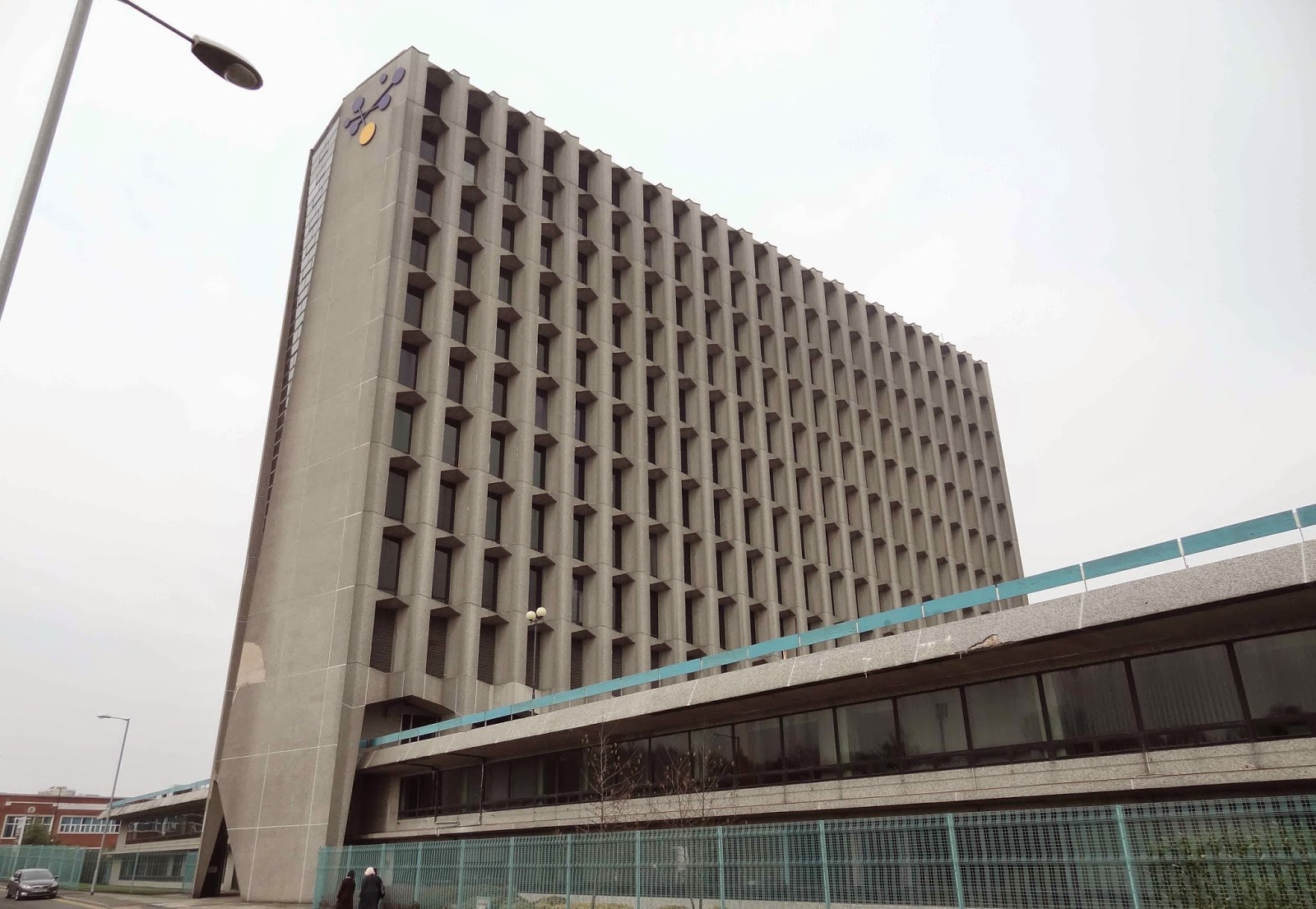 Hexagon Tower
We have done numerous routes in Manchester and obviously we pass areas where you could say are not very pretty but it was a shock to see the amount of rubbish that people have dumped in Harpurhey. It was awful. There are 2 old mill ponds which with TLC could be made really nice.

Passing burnt out piles of plastic and wire we crossed Queens Park where there is another unloved building. What used to be a grand hall was demolished and in its place was built the present building which was once a museum and art gallery containing many dolls, dolls houses and militaria but is now only used for storage and administration by Manchester Galleries.
When it was opened it must have been a fantastic place to spend what little free time locals had then. 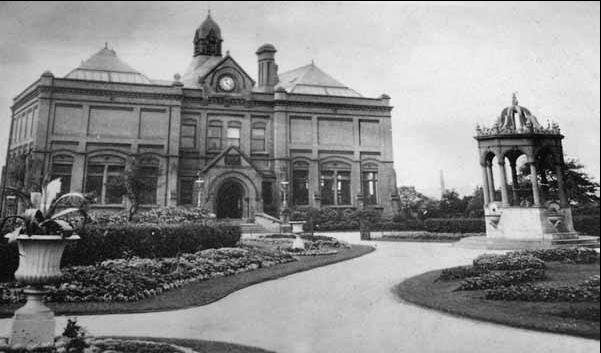 Queens Park Museum when it opened. 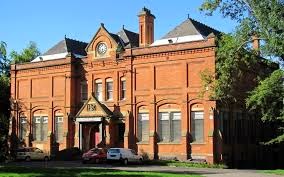 HISTORIC DEVELOPMENT
Hendham Hall and grounds, formerly the home of the Houghton family, was purchased by public subscription in 1844. The competition to design this park, together with Philips Park and Peel Park, was won by Joshua Major (around 1787-1866). Queen's Park was opened on 22 August 1846. Lodges designed by J E Greggan (1813-55) were built for the Keeper and Under-Keeper. Major's design was strongly criticised in the gardening press, particularly by John Lindley (1799-1865), editor of the Gardeners' Chronicle. There were significant alterations to the park in the 1850s and 1860s. A labyrinth designed by Dwerryhouse, gardener at Tatton Park, Cheshire (see the description of this site elsewhere in the Register) was opened in 1852 (closed 1860-1), and a rustic summerhouse and range of propagating houses, possibly designed by John Shaw, were opened in the 1850s (demolished in about 1930).
In 1865 a fountain commemorating Malcolm Ross, one of the leading advocates of public parks in Manchester in 1846, was erected in front of the Hall. The Hall was demolished in 1880, to be replaced by a Museum and Art Gallery by J Allison in 1884. In 1898 a statue (listed grade II) by John Cassidy of Ben Brierley (1825-96), a local poet, was erected in front of the Museum. A bowling green was added in 1909, followed by tennis courts and children's playgrounds for cricket and football. The Parliament Hut, one of the Manchester Elderly Men's Shelters, was built in 1926 (demolished 1961).
Queen's Park remains (2000) in public use and is in the ownership of Manchester City Council.

After a short meander we dropped down to the Irk again using a new flight of stairs and passing under the high arches of the Metrolink line. 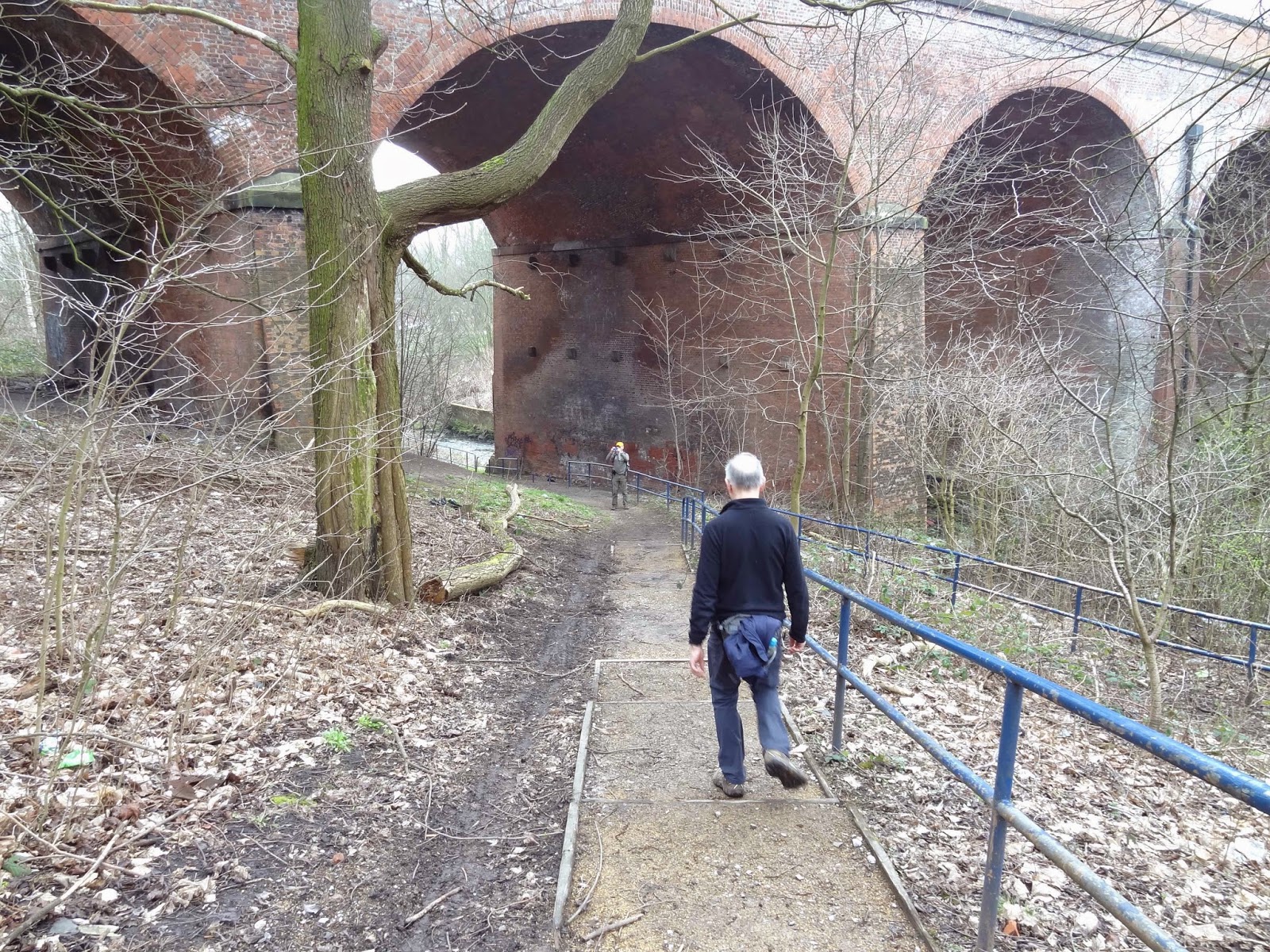 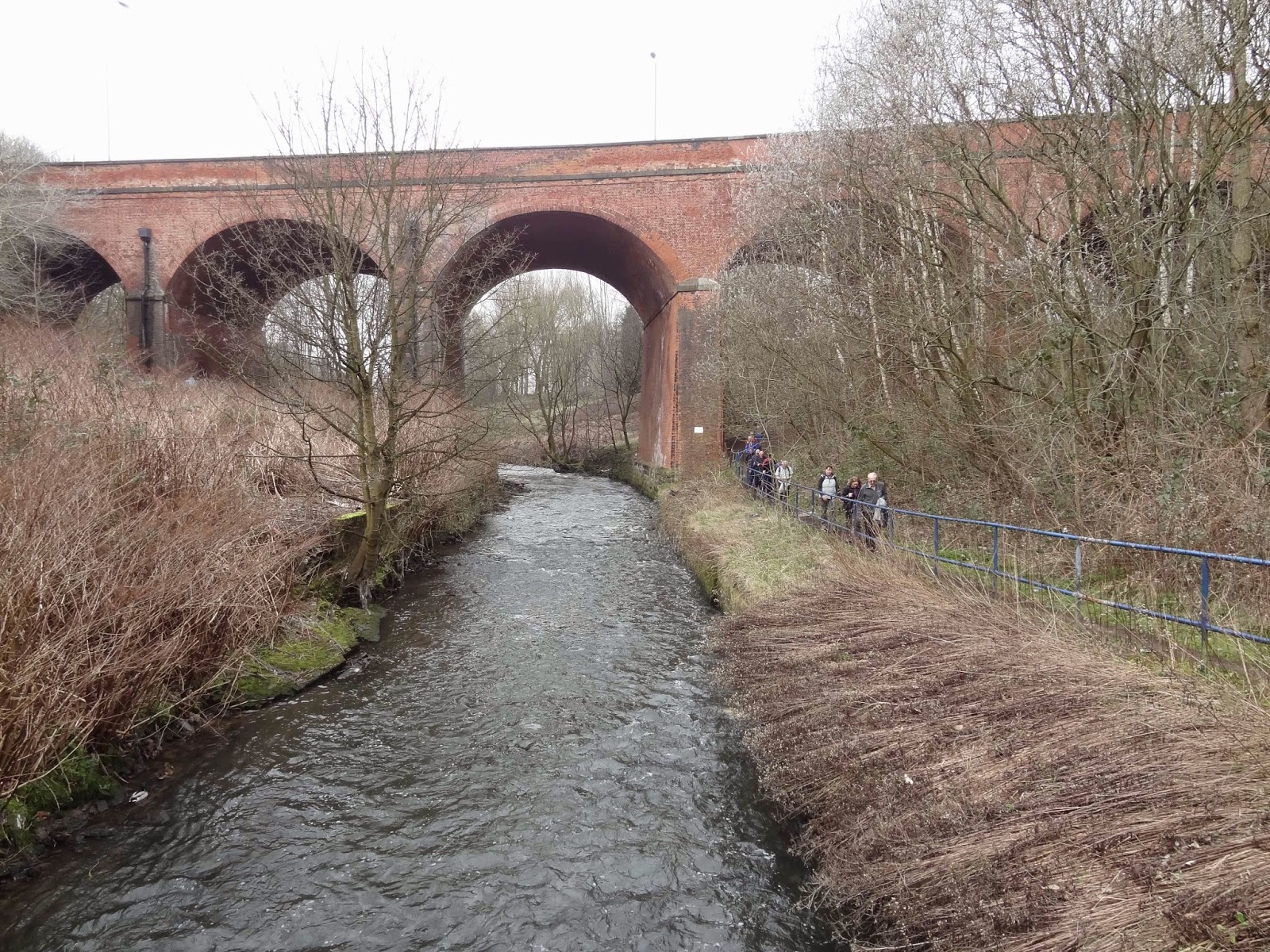 A short section of tarmac and we passed HMG paints with its "Dreadnowt" submarine placed on its end. Painted white with a red poppy logo. There was also an industrial sculpture which was new to us. Not sure exactly what it is, there was no plaque but i think it could be a paint mixer. Anyone with knowledge please leave a comment. 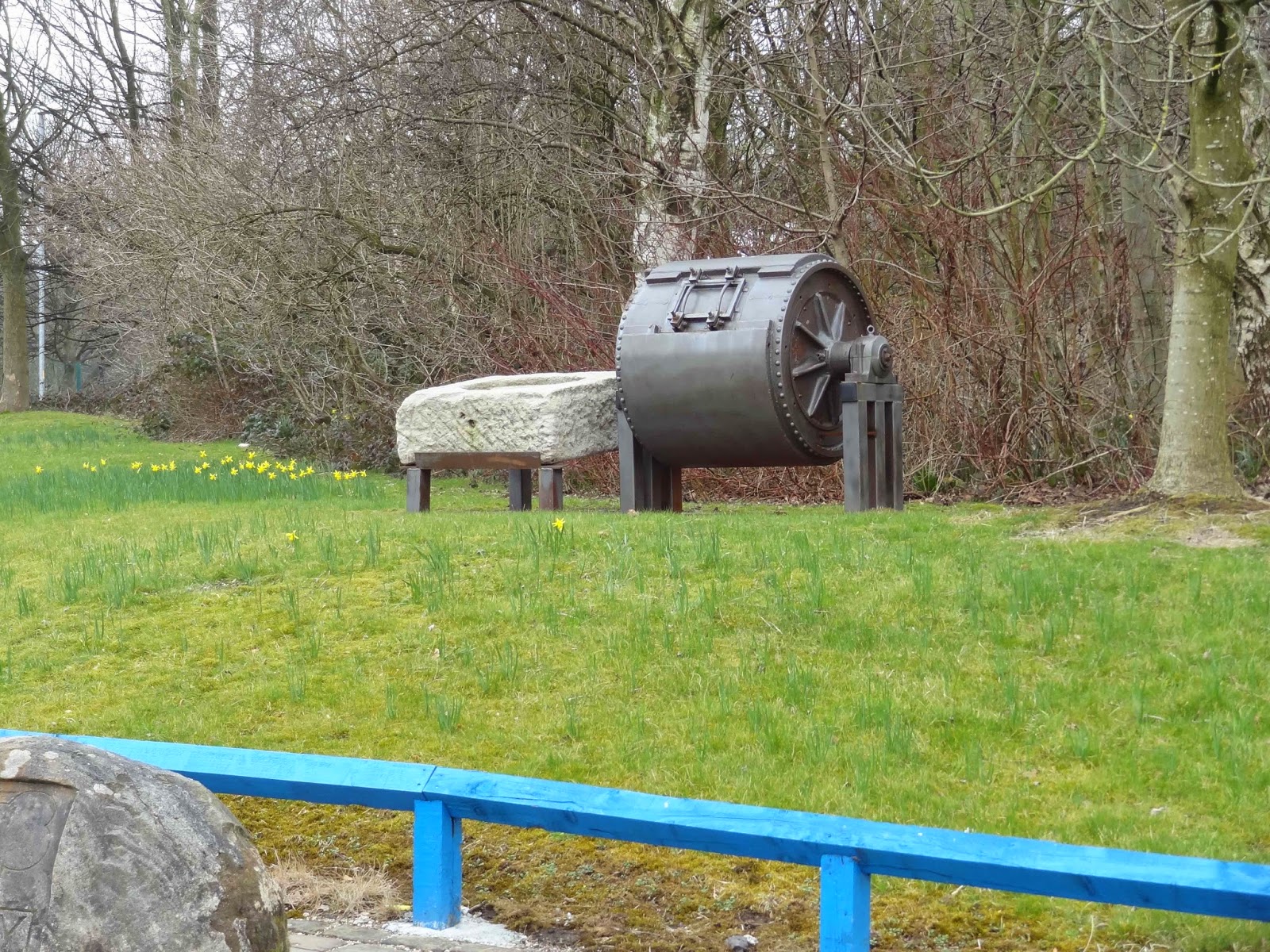 No plaque to tell us its use 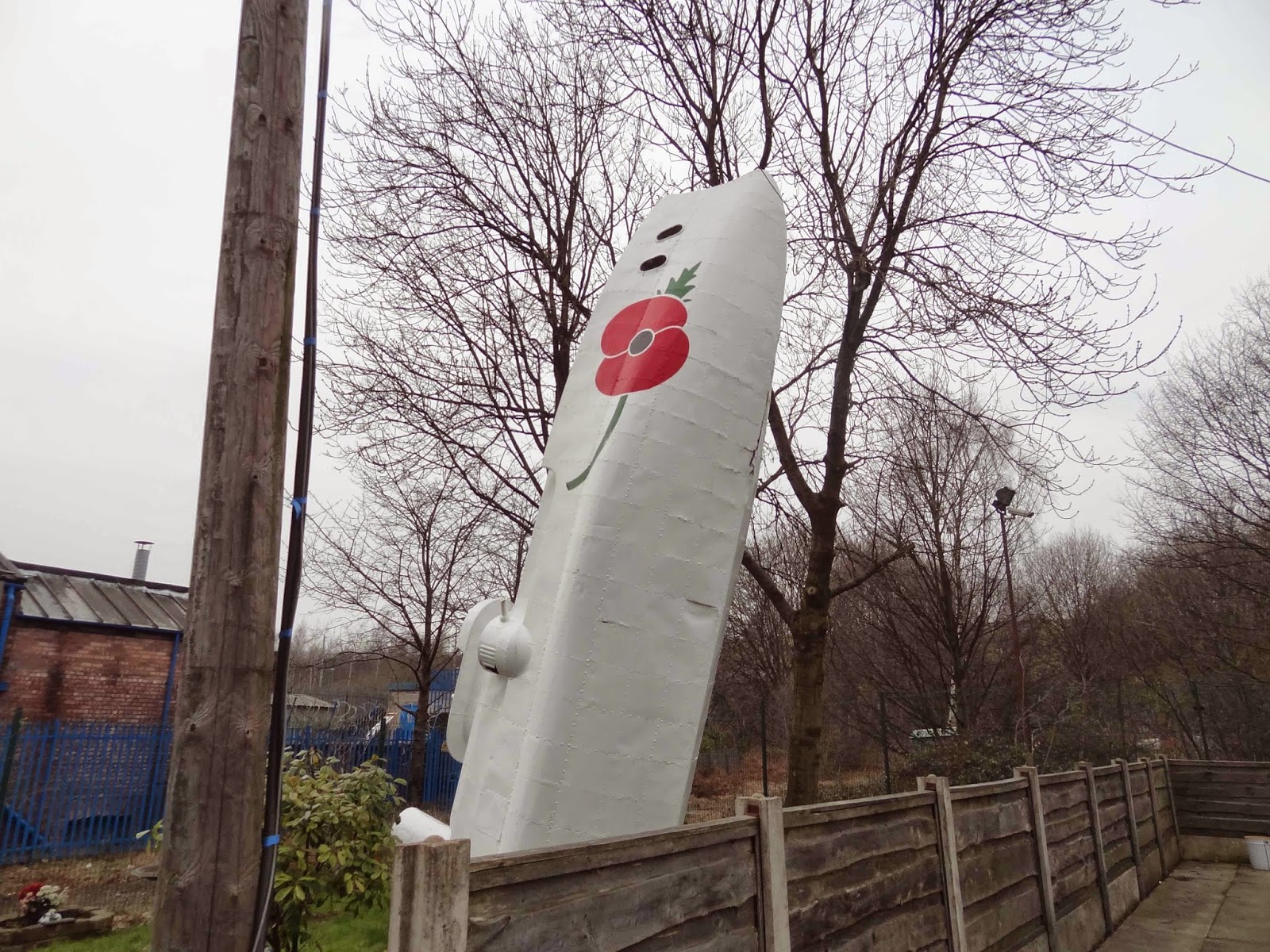 The Dreadnowt at HMG Paints

Then it was up along a high banking of Sandhill before passing through some car repair units and crossing Angel Meadows. This area has tremendous history of suffering and deprivation.
In stark contrast ahead of us was the new CIS building. Manchester's best building in my opinion.
Across the carpark and Shudehill the aroma of curry sped us along. At this point we split up into 2 groups, one group had first sitting in the curry house while group 2 headed for the Hare and Hounds for a first class pint of Joseph Holts finest. £2.15 a pint i may add. 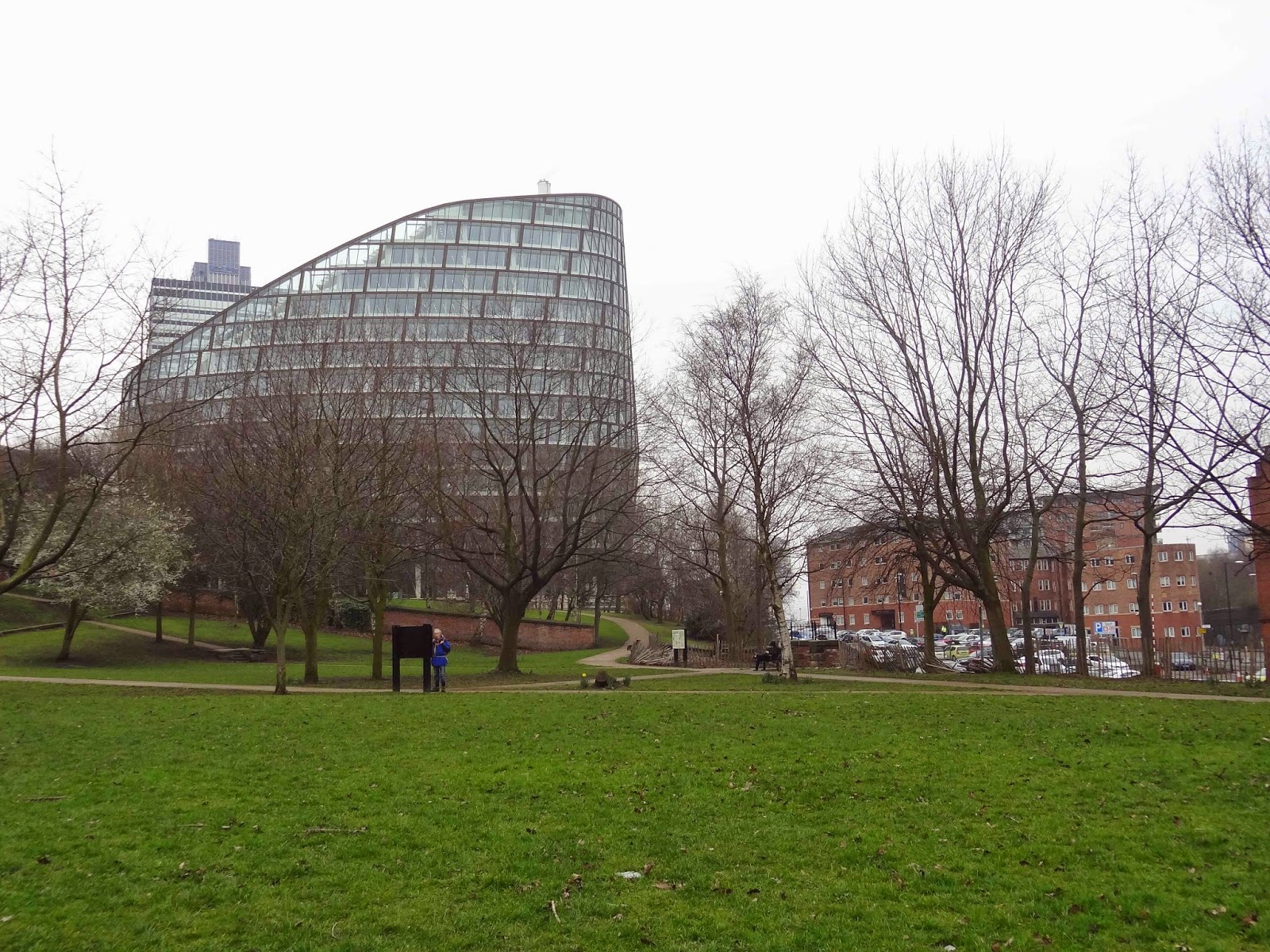 CIS Manchester across Angel Meadows.
Passing through the car repair units we came across a Ferguson TE20 tractor that had just come out of paint. It was looking good although its renovation was not all original. Electrics were modern day. 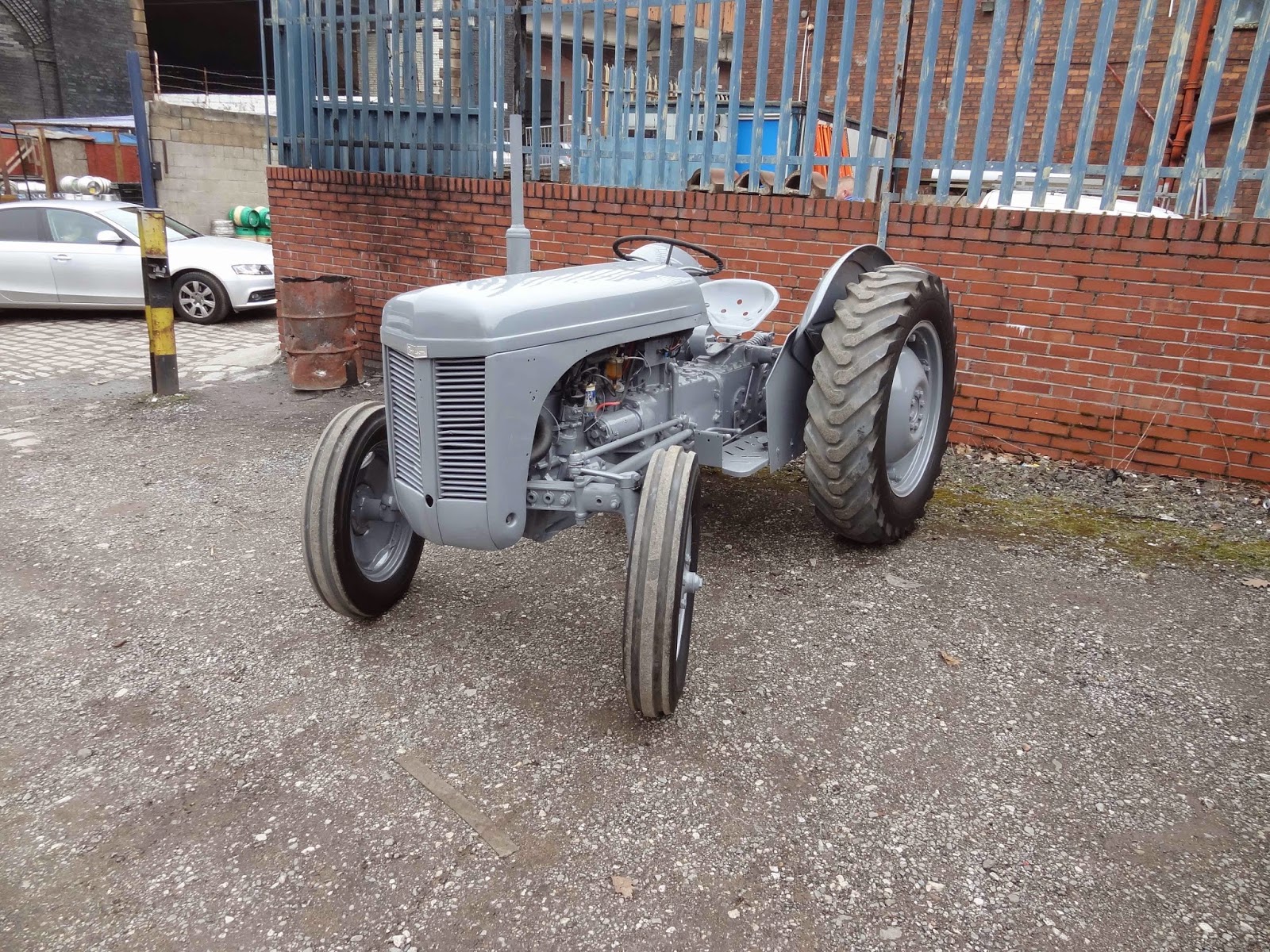 Our curry was the usual high standard for very little money. The best value tucker in Manchester.
I had 3 curry's, Spinach, hot mince and lamb with rice. £5.50. 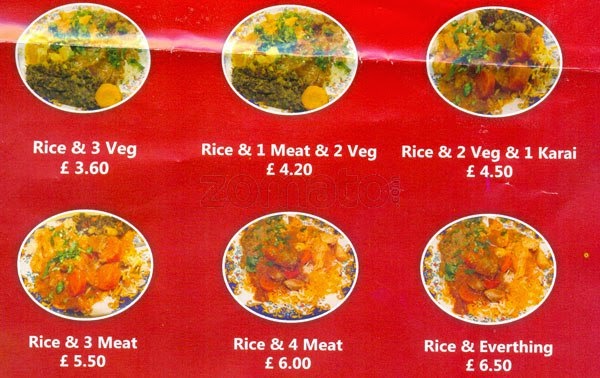 Dishes served at This & That

On our walk i noticed a structure that wasn’t there on our previous trip in 2013. So i must check it out. (Image Below) Soon. 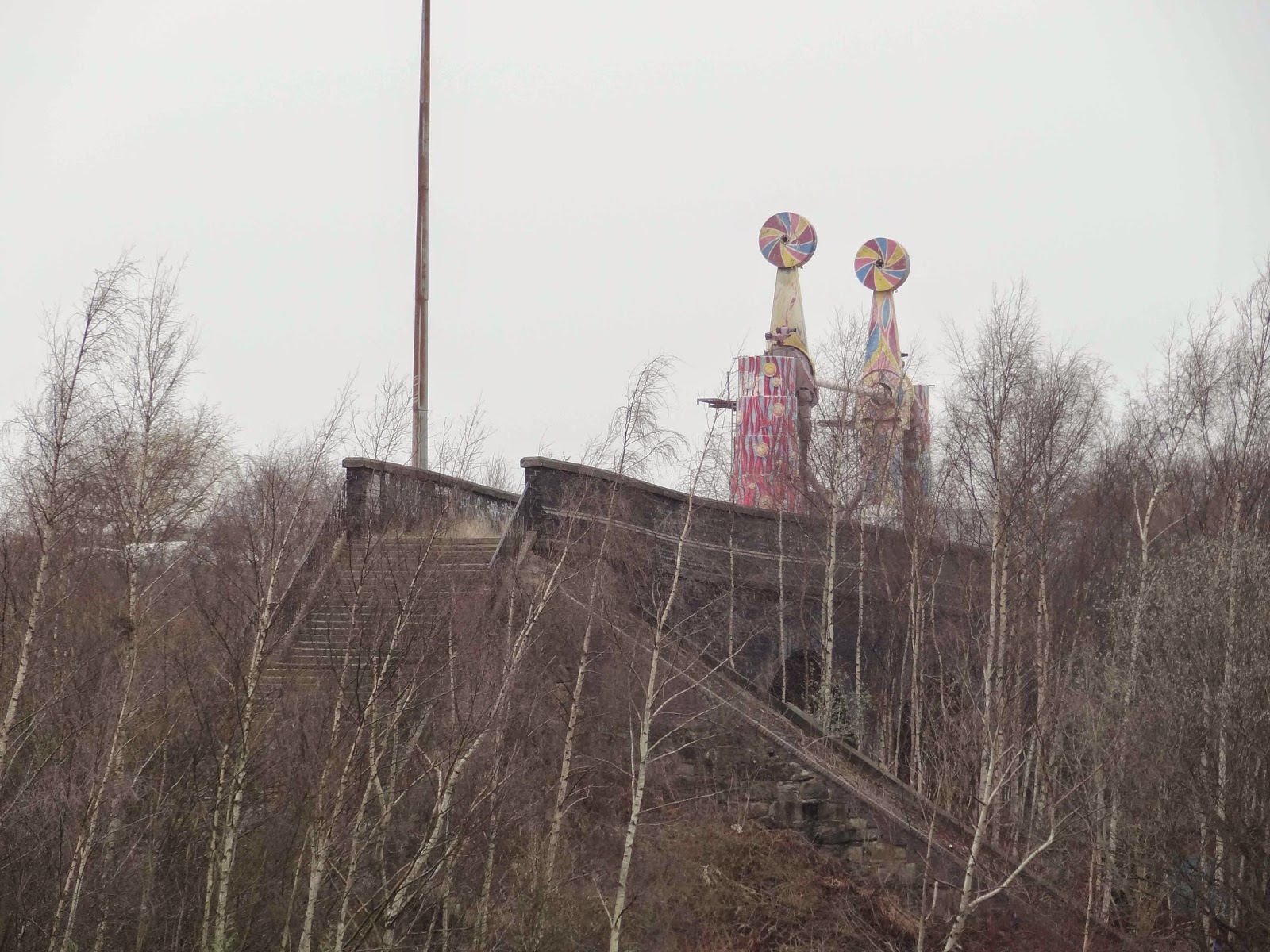 I also went to see how the modernisation of Victoria train station was progressing and below are just a few images taken, 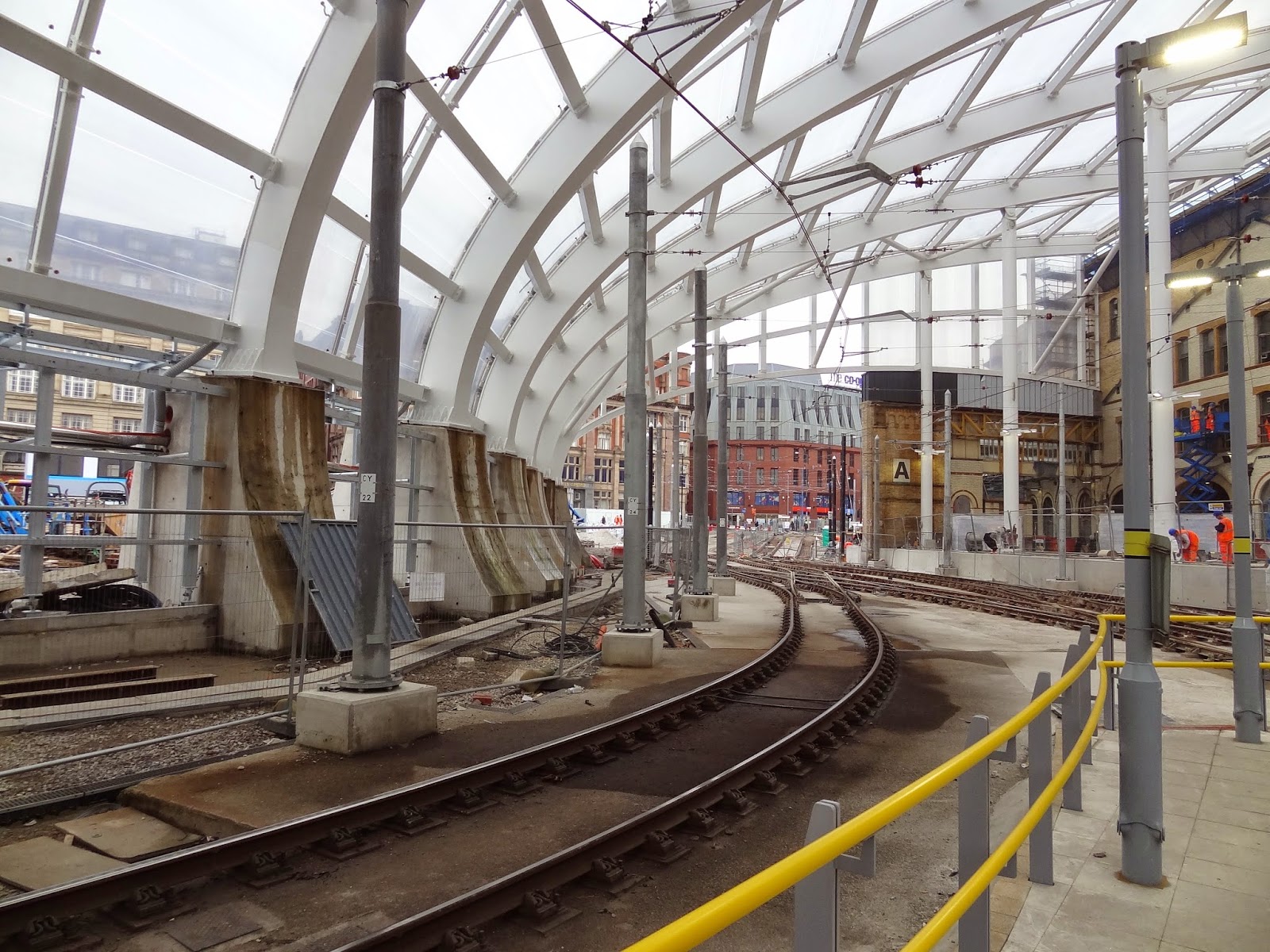 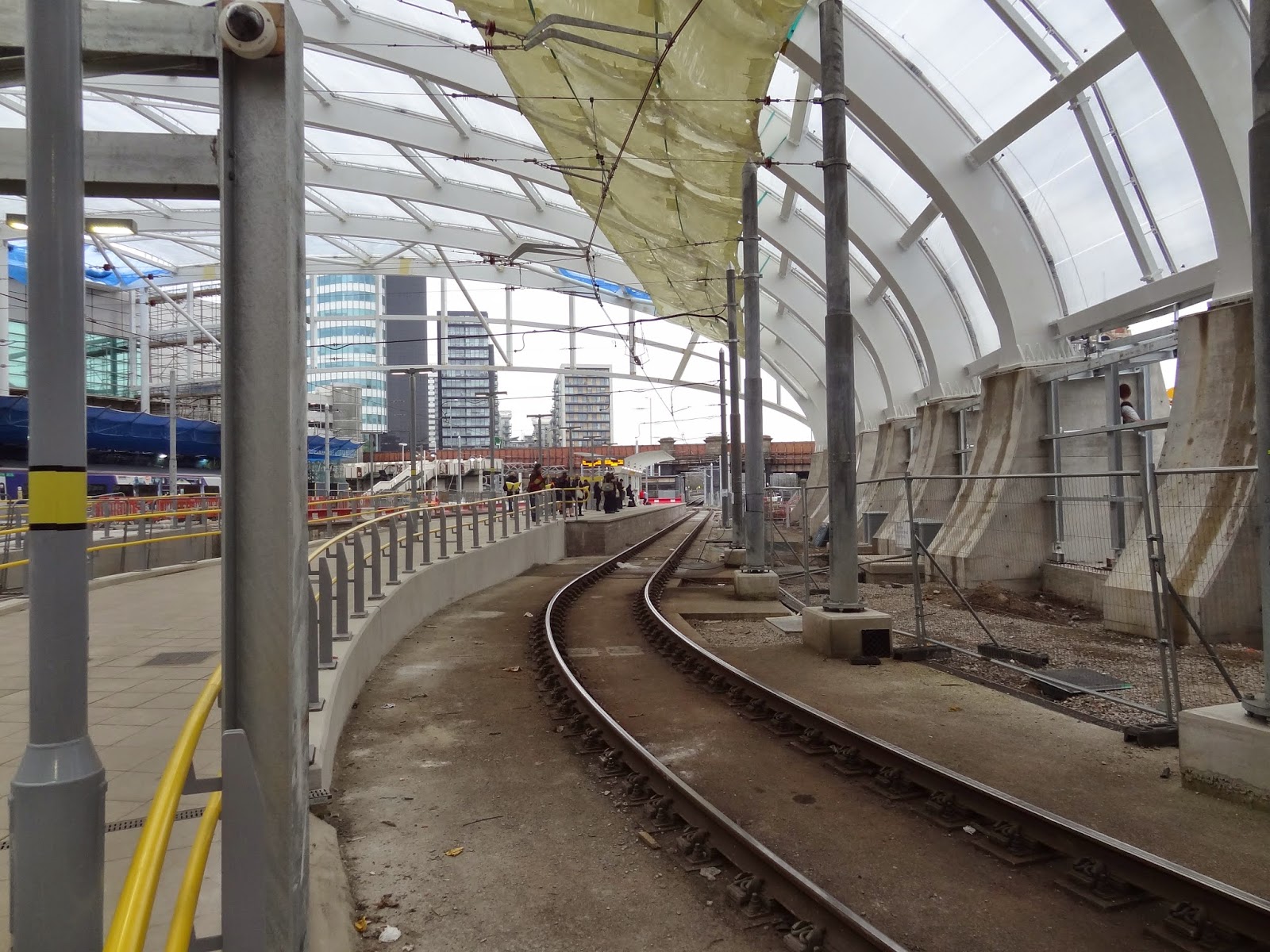 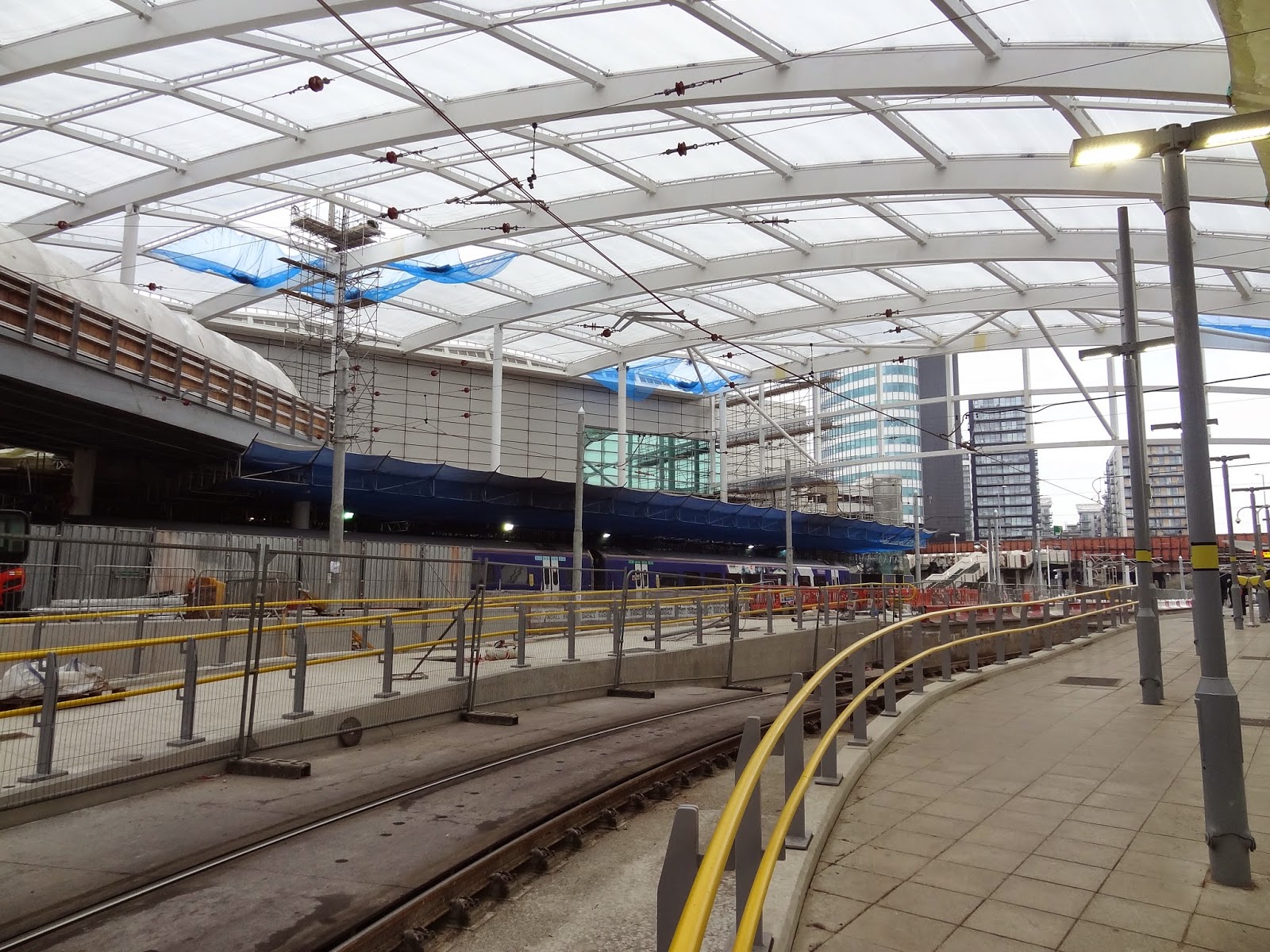 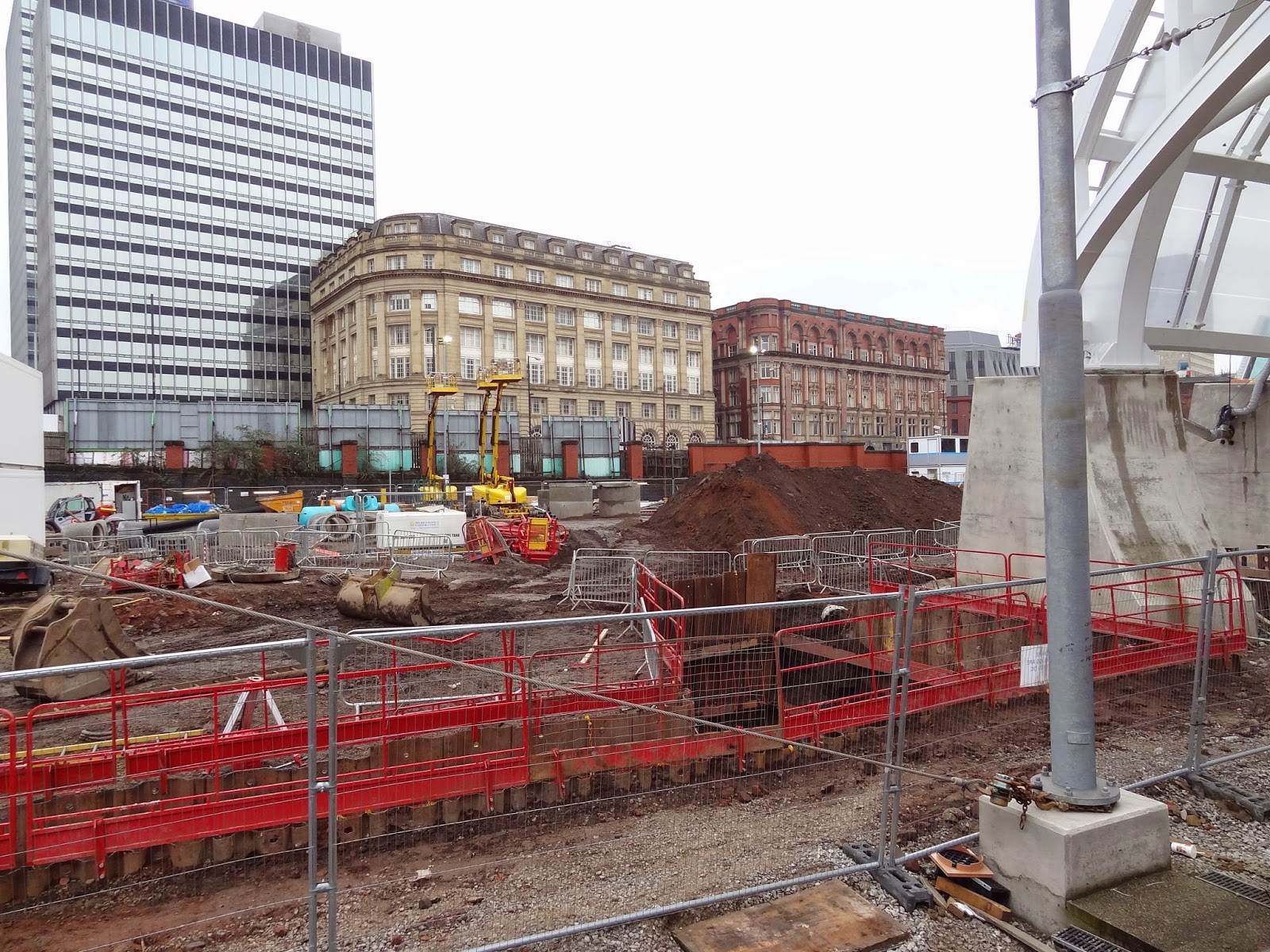 Old CIS buildings.
Martins post on the walk and a route map can be found here.
Posted by AlanR at 8:17 AM

Fascinating Alan. Love the fergy, that brings back a few memories. Three curries Alan! you must have been hungry?

The Fergy looked well. Its only a large spoon full of each type of curry. Not three plates of curry. ha. When you get the aroma drifting across town you do get hungry though.