By far the largest buildings in the area, Bernera Barracks is one of four such structures built in Scotland during the early 1700’s by the Hanovarian Government to suppress the Jacobites. The other three barracks are at Kiliwhimen (Fort Augustus)  at the western end of Loch Ness, at Ruthven in Badenoch and at Inversnaid near Ben Lomond.

Bernera was built to house a garrison of up to 200 soldiers and is strategically located to control the sea crossing at Kylerhea. The officers did not live in the barracks but were accommodated in a row of buildings, which still exist but are now private houses, located opposite the Glenelg shop and known locally as the Officers Quarters.
In 1719 at the time of the abortive Spanish invasion: a regiment of Marines from Naples landed at Eilean Donan to support a larger landing in the south of England which never materialised. The Spaniards and the Highlanders who joined them were defeated in Glenshiel: the marines were repatriated with honour. The building work started soon after this.

Much of the stone was robbed from the brochs in Gleann Beag. 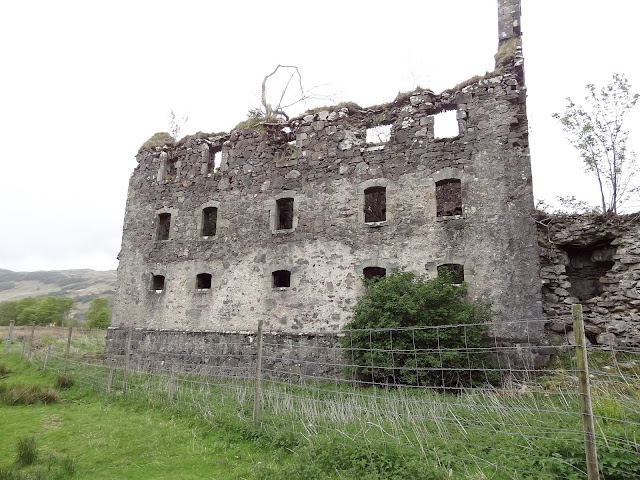 The real purpose of the barracks was to guard the road to the isles and discourage rustling and blackmail: it served as a de-luxe police station for Highland companies like the Black Watch, who introduced the entirely novel idea that it was wrong to nip over to Glenshiel and steal cows even if you don't beat the owner to death!

By 1800, rooms in the barracks were available to rent at one pound per year. By 1830 the barracks had become a poor house for the local area and thereafter the buildings fell into their present ruinous condition. In the 1990's, plans were lodged to renovate the buildings but at present they remain in a somewhat dangerous condition and are now fenced off for the safety of the public.

A little known legacy of the barracks, is the military road constructed over the Mam Ratagan to Glen Shiel, parts of which are still in use today.

Considering the history surrounding these buildings it is such a shame that they are being allowed to crumble. Another good winter and i'm sure the gables will be gone. 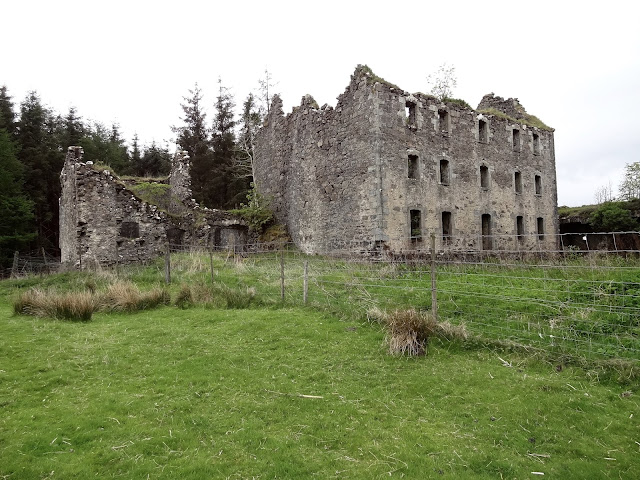 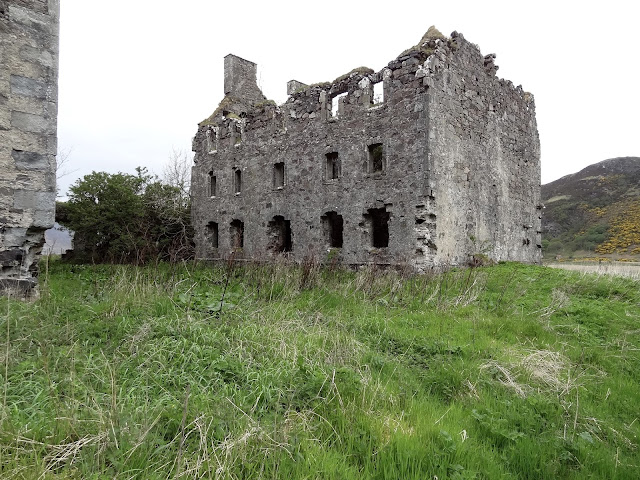 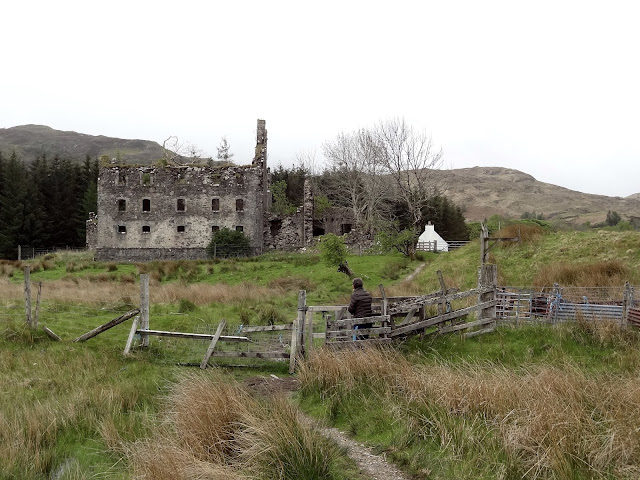 Whilst in Glenelg it is also worth spending a few minutes taking a look at the War Memorial. An absolutely beautiful statue considering the village is so small. 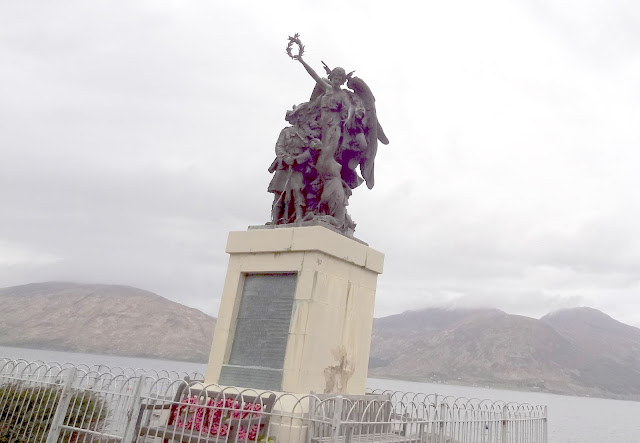 Sculptor was Louis Reid Deuchars and the sponsor was Lady Scott of Eileanreach.
Unveiled in 1920 at a cost of £2560 13s 6d

Note to TGO Challengers.
The memorial is located on a headland and it is possible to camp on some decent grassy areas which surround three sides. The position would give a very short walk, 3-4 minutes to the pub and to the shop to signout.
Posted by AlanR at 9:18 AM

There was a move at one time to preserve the barracks. Obviously it never happened.

Yes, i was chatting to the locals about it and they are of the opinion that it should be saved. Its such an important part of history.