A day out in, you've guessed, Hamburg.

As we walked past the lake following the aroma of Bratwurst being grilled and Gluhwein being warmed up we noticed a boat trip just about to depart from the jetty. We managed to get on board and had a delightful hour swaning around the Alster inner and outer lakes of central Hamburg.
There are many stunning and I mean stunning properties along the route as well as parks and rowing clubs. Lots of joggers, cyclists and dog walkers were using the shoreline path. 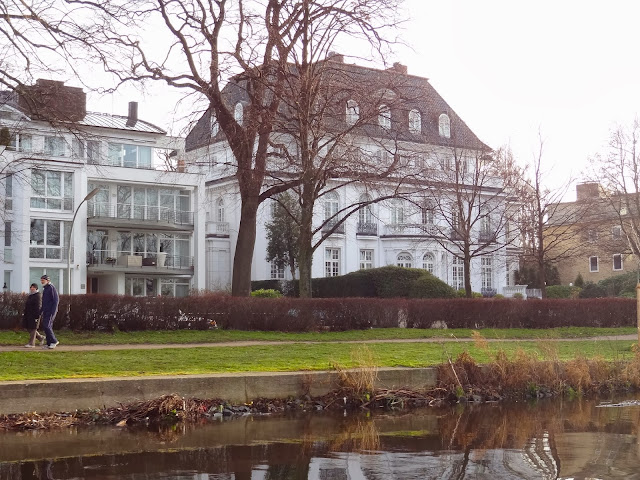 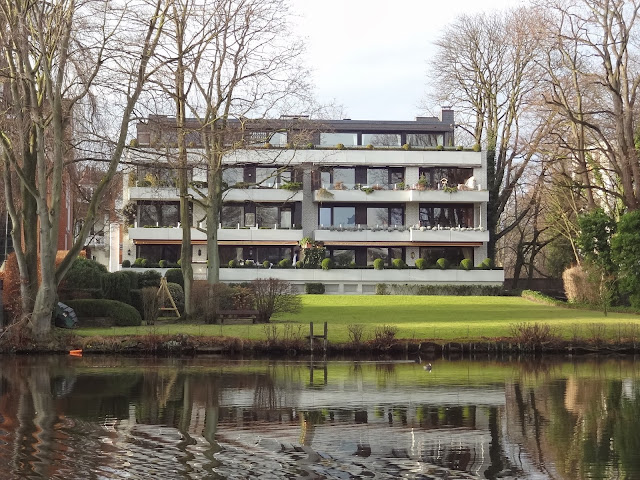 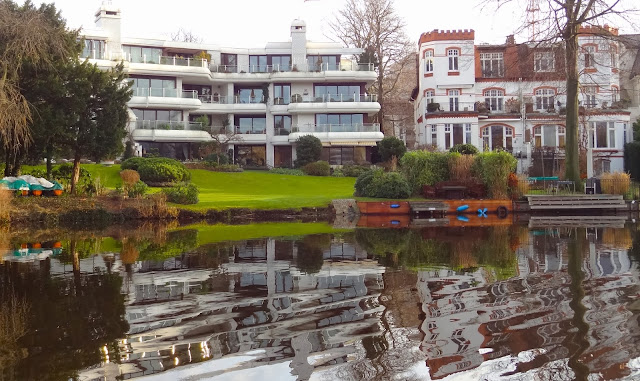 It was a calm day, blue sky to the north and quite a pleasant temperature.The sky over the city was quite hazy with the sun casting a luminescent light.
The Alster lakes, which there are two, are man made and some interesting points about them can be found HERE

Then above the waterfront buildings we spotted a hot air balloon which didn't seem to rise too high or travel far before disapearing below the skyline. 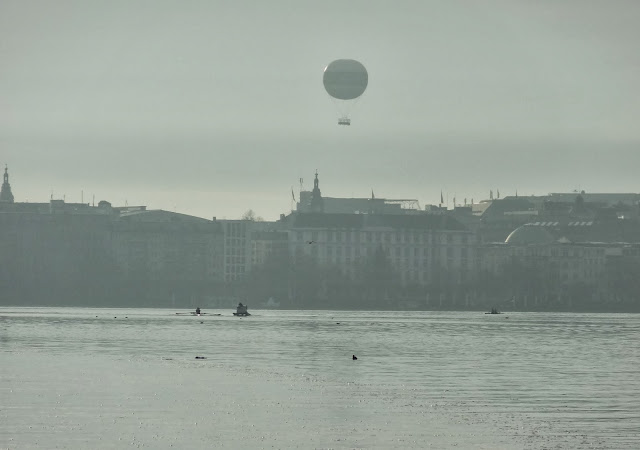 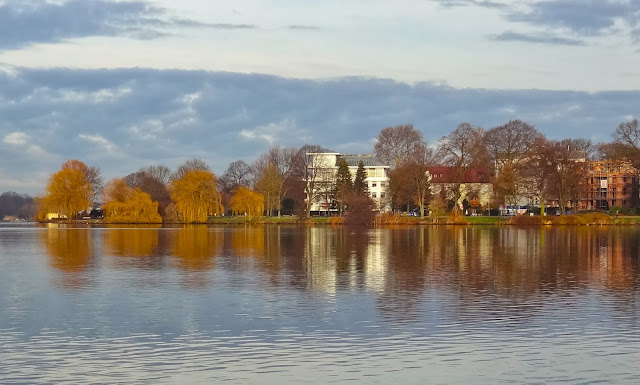 Back on solid ground we carried on wandering through the Christmas markets and eventually stopped for a coffee. Up from behind the Town Hall appeared the balloon again. It was tethered and so obviously a tourist attraction rather than a trip across the city. We decided to go and find its location and see if we could go up.

We found it after about a 15 minute walk, paid the 15 euro and entered the metal basket.
Up we rose to a height of 150 metres I think it was. That might not sound much but I can asure you it was high enough.
Fantastic views over Germany's 2nd largest city. 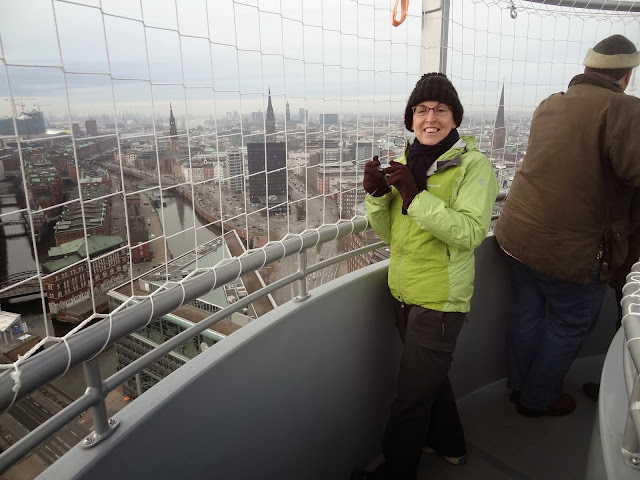 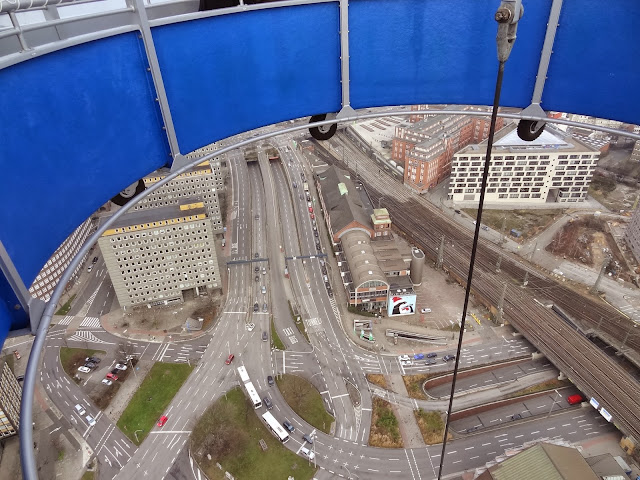 Looking down through the basket as we rose higher. 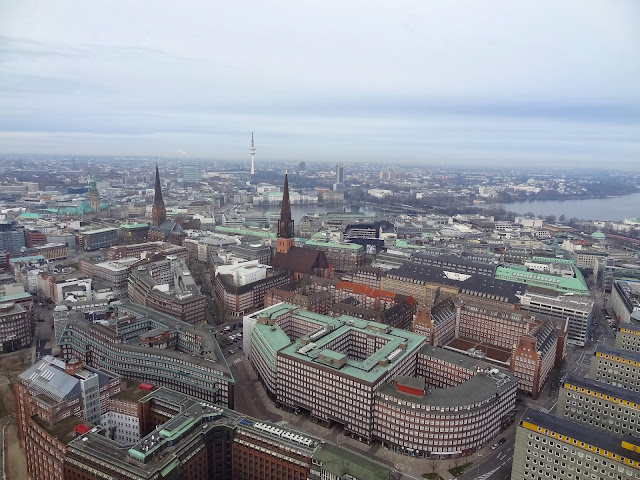 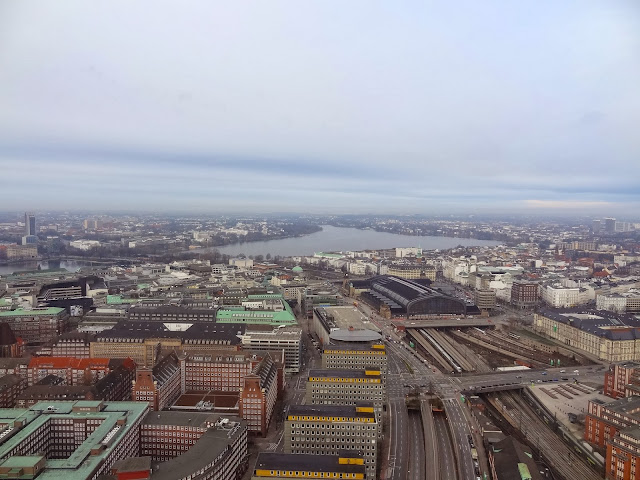 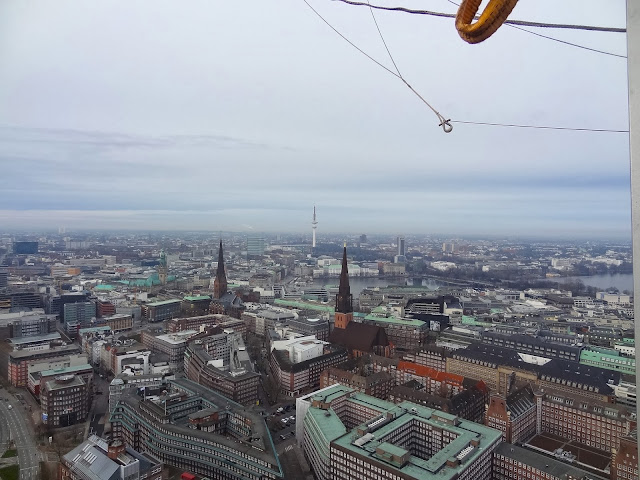 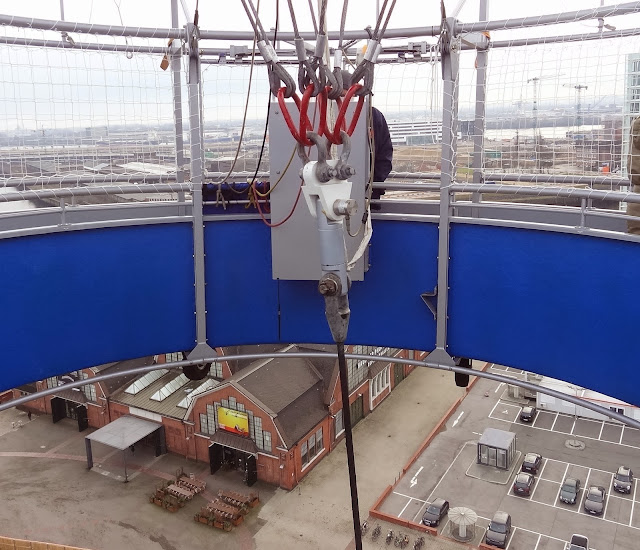 Maybe i shouldn’t put this but the whole thing was held in place by one pin (Thats the lowest one, in the above pic). If it failed, sugar! There was a sensor on the upper pin but i don’t think there was one on the lower pin.
I’m sure they know what they are doing. 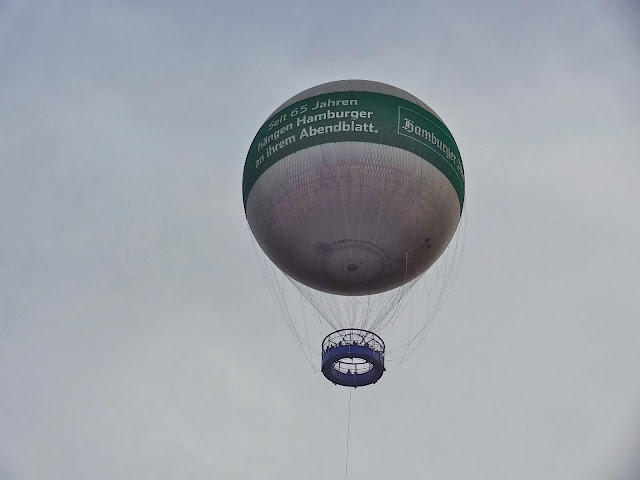 Again, once on solid ground we headed back to the lakeside markets and they were getting busy. We bought sausage and hot wine and mingled with the locals and tourists eating delightful local delicacies.
I was quite tempted to buy some Alpaca wool gloves but resisted as I have loads of gloves at home. Sheila bought herself a very nice leather purse as a momento.

A delightful day was had and my expectations of Hamburg exceeded. Tomorrow we planned a sightseeing day and i couldn’t wait.

There are quite a few more images of the day here. If you want to take a look.

Emmm that pin....sometimes its probably best not to be to observant!!

Hi Al. I couldn't take my eye off it.