Well enough of this fine weather, blue sky and basking in a hot sun, wearing shorts and tee shirts and forgetting where we had last used our waterproofs.
This weekend was back to more proper weather, rain, more rain, wind, waterproofs, mud and sheep.

The Walna Scar shepherds meet is an annual event that has 3 bases, The Newfield Inn at Seathwaite, Duddon Valley, The Church House at Torver (although the Wilson’s Arms stepped into the breach when the Church House closed but it has now re-opened) and The Blacksmiths Arms at Broughton Mills. The Meet alternates between the three, annually.
This year we were at Broughton Mills. 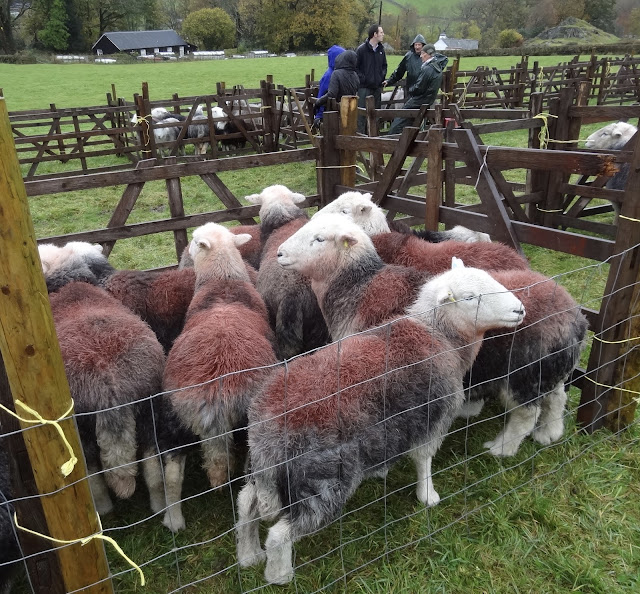 It’s an event that we like to support and help out with as we have many friends here and it’s nice for us to offer them our time in a kind of re-payment for that friendship.

Our job was collecting gate money. A difficult task but someone has to do it. 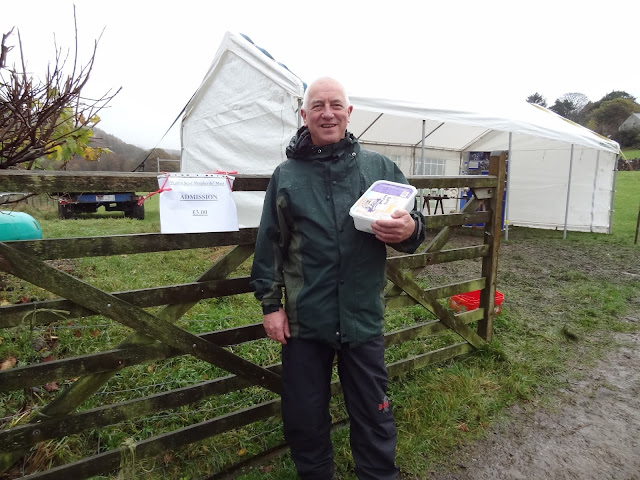 Our drive over from Seathwaite to Broughton Mills was quite atmospheric, hill fog surrounding us and heavy showers intermittent.

First job is a coffee, followed by a slice (or maybe more) of home made cake and then a drop of port or rum just for medicinal purposes. As luck would have it Hilary had made a lovely cream sponge cake and then dropped it in the mud. It was heading for the bin before i salvaged some and scraped the mud off. It seemed such a waste and mud never killed anyone, he says.

Then it rained, and it rained. But the show goes on. There’s a lot at stake at these shows and those sheep have to be judged. Hours of washing, clipping, plucking and pampering getting them ready to show cannot go to waste.

At this show there are two breeds of sheep, The Herdwick and The Swaledale. Both hardy hill sheep.
And judging is a serious business and can be a bit stressful. 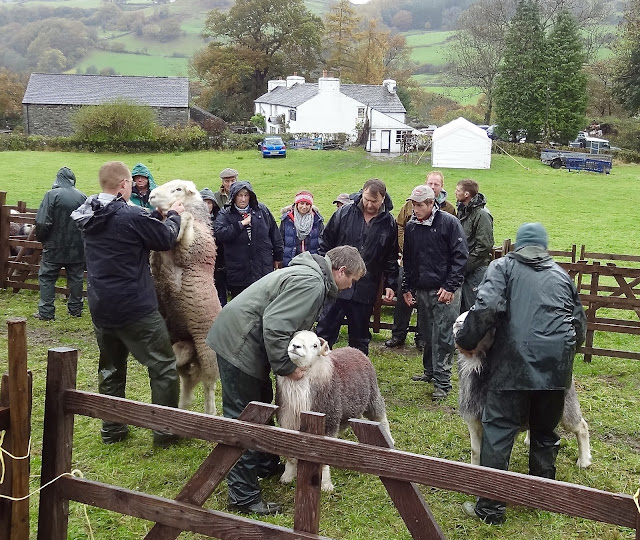 Herdwicks being judged. No it’s not strictly come dancing. 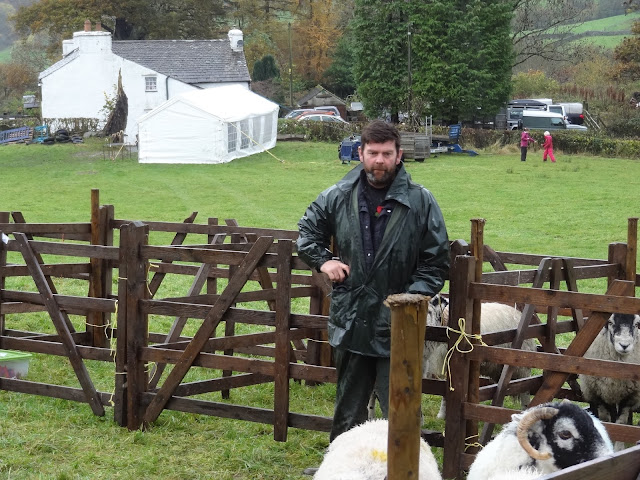 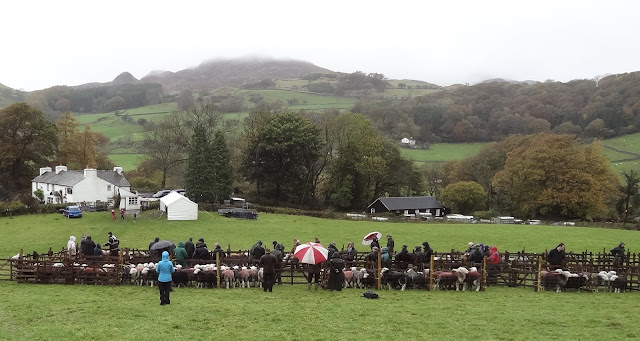 The beautiful setting for the Meet.
Quite a few visitors came and kept us busier than usual on the gate. The photographs of previous years Meets displayed in the marquee being particularly popular. Unfortunately the heavy showers made it that folk didn’t hang around too long.

Time went quickly and the smell of lunch at the Blacksmiths made us hungry. Michael and all the staff did a great job of getting everyone in and fed with a wonderful Lamb Tattie pot with black pudding and red cabbage. Followed by sticky toffee pudding and ice cream.
Then it was back on duty for a couple of hours as the folk arrived for the hound trailing and the pet show.
Around 3.00pm the wind had picked up quite a bit and before long the Marquee became a parachute and took off.  Luckily very little damage was done and all the trophies stayed on the table. 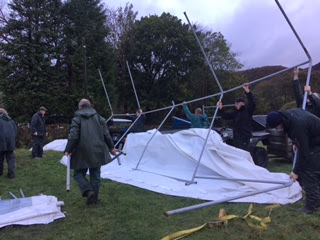 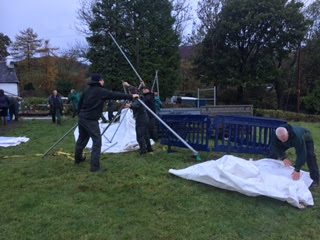 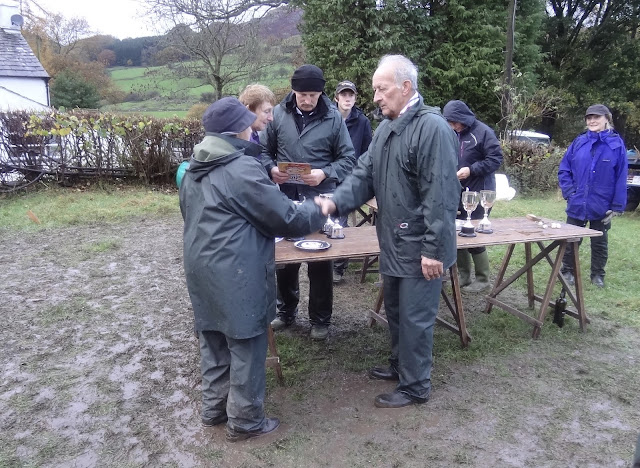 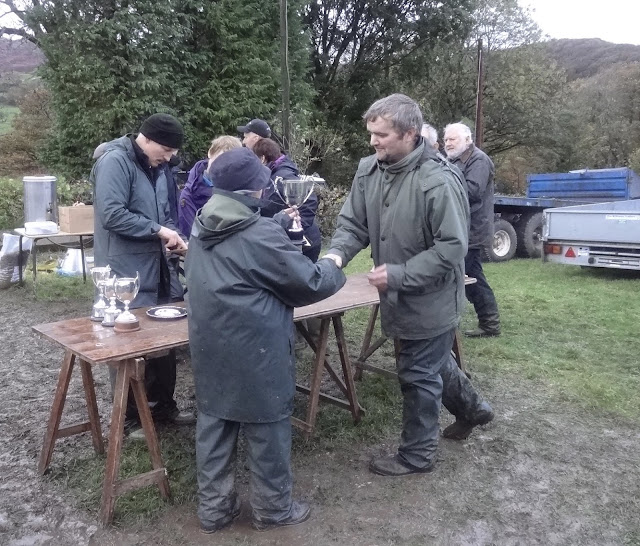 Kevin Wrathall collects his prize.
In the evening and late into the night a fine celebration of the day was held in the Blacksmiths where there was much singing and more judging. And just a little drinking. I think. 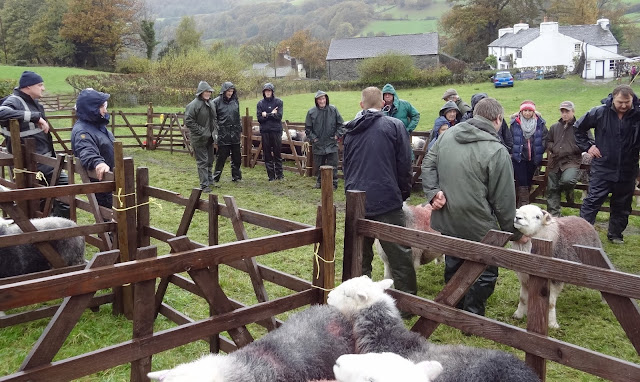 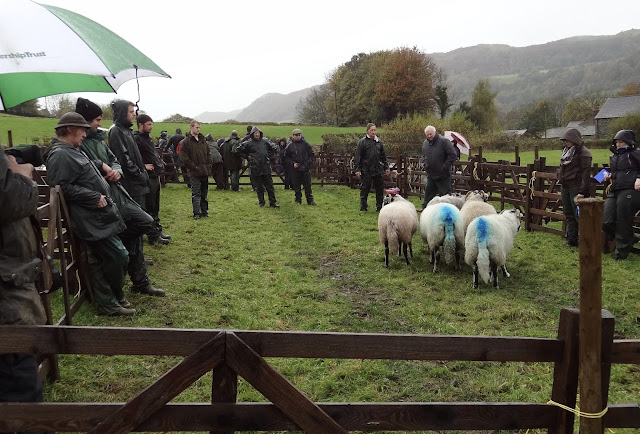 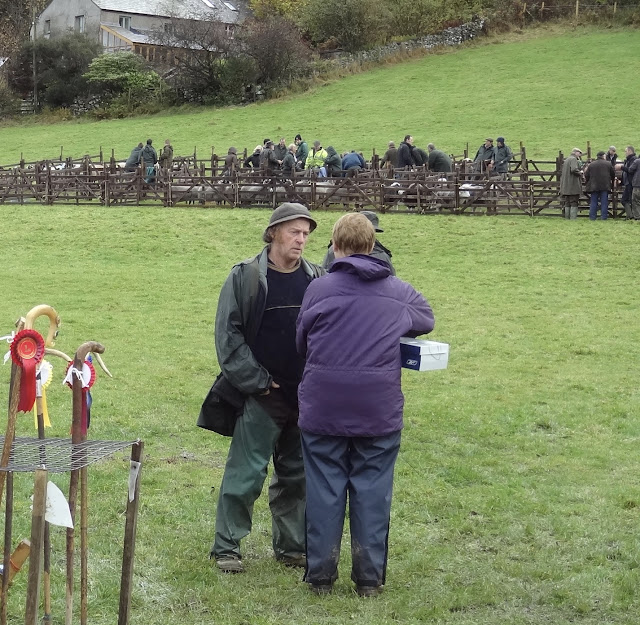 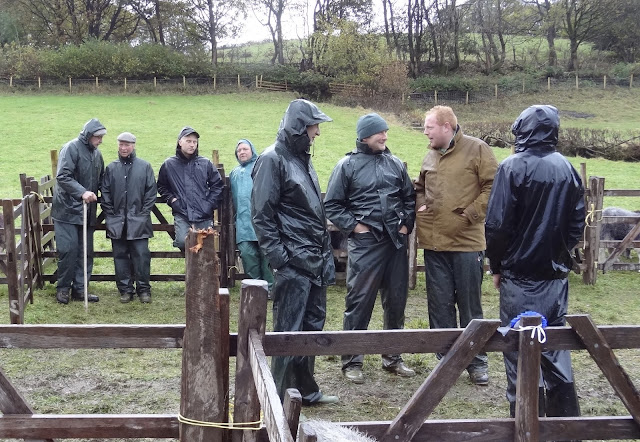 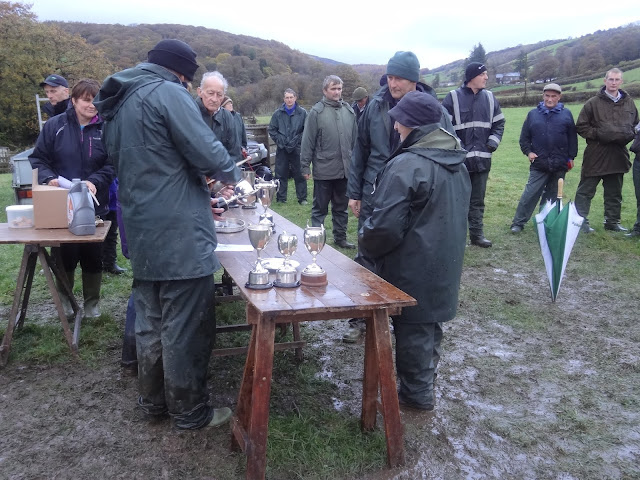 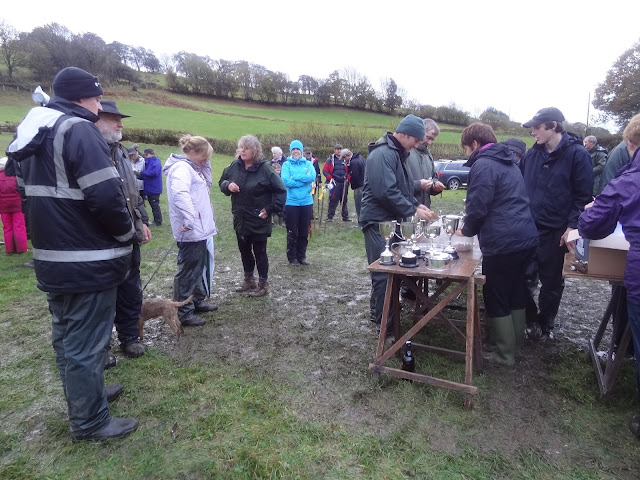 A most enjoyable day. And there are more photo’s here.

I attended that event at the Church House Inn at Torver circa 1960 with my group of climbing friends at the time. There was much ale flowing, lots of singing and general merriment. Happy days.

Were you camping in that weather? As far as I can remember we were staying at a club hut up near Walna Scar road.

I have been involved since the late 80’s. No we were not camping, we stayed with friends in Seathwaite. I guess it was possibly the Rucksack clubs place you stayed at?

Shame about the weather. Certainly looks a tad clarty. A beautiful area though and it looks as if a good time was had by all.

Certainly was clarty Dawn. But its all part of being a hill farmer. The weather is never right whatever it is. Still its worth the effort.