A long way for a cake.

Having put the air con during the evening it was lovely and cool going to bed. We both slept well and arose early just before sun rise.
Mist covered the hills and there was a great inversion around one of the unnamed tops.
While it was still cool we decided to get breakfast over and walk the 5km into Argostoli town via a scenic route past Fanari lighthouse and Katavotras water wheel. This was not new territory for Sheila and I but it was for Dorothy.

It was a slow pace and as we passed some previously closed hotels it was good to see new life in them. Greece must be slowly getting to grips with the harsh austerity measures of previous years.
Prices however have moved up quite a bit from previous visits but the people are still welcoming as always.

The earthquake of late last year has created large cracks in what was a really nice waterfront promenade and numerous buildings were in the midst of repairs.
The fishermen were still selling their catches quayside and the fruit and veg market was in full swing. The aromas so different to the UK. We bought huge beef tomatoes, cucumber, onions, peaches and more but we had to remember what ever we bought we had to carry back.

Prior to wending our way the last couple of km back we decided to spoil ourselves with a delightful cake and a coffee. 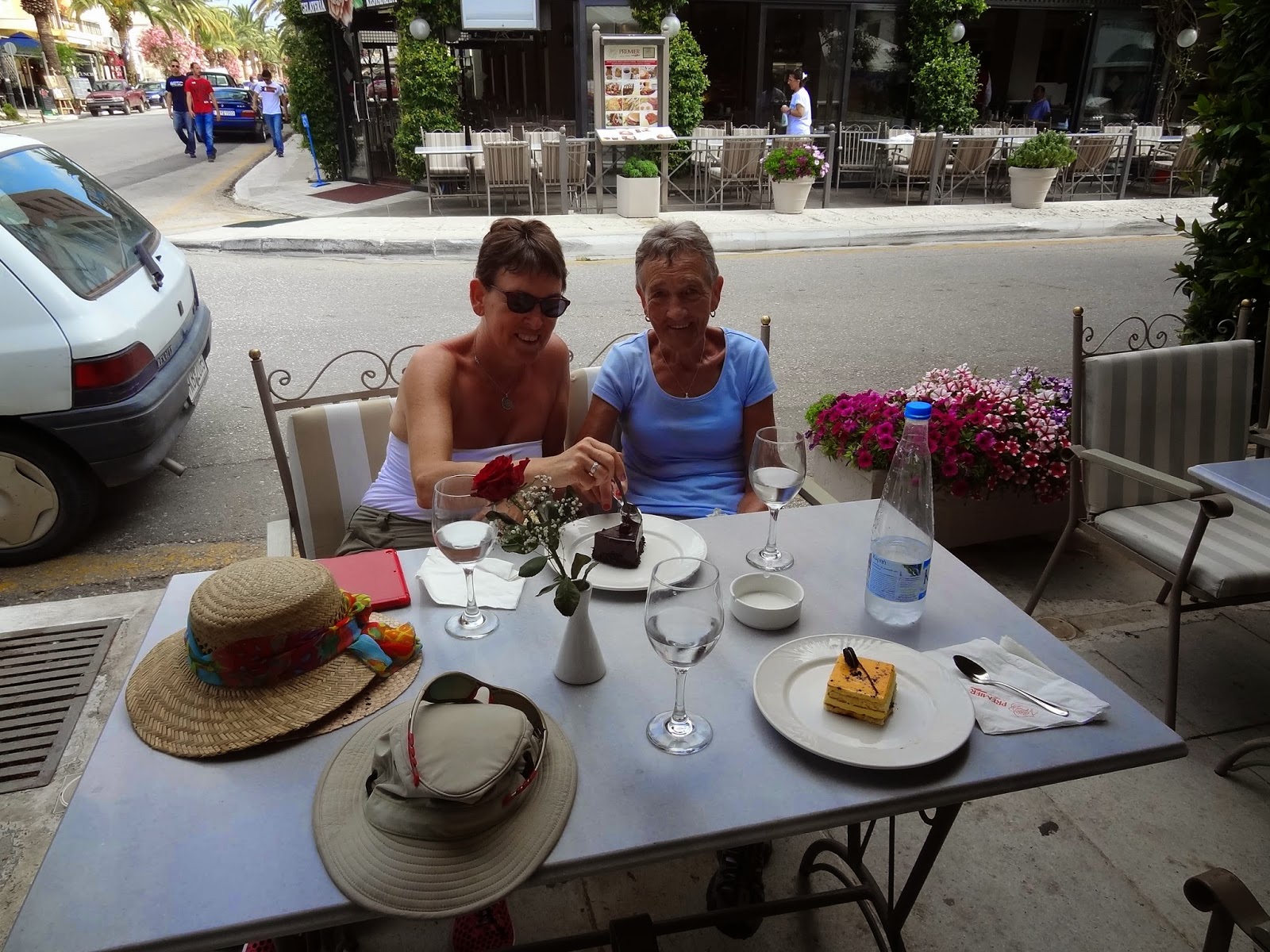 Sounds like you are settling into a nice energetic routine - for your jaw muscles, anyway.
Enjoy the cake!

We have walked everyday Martin. Max 4hrs so far which includes plenty of ups and downs. Cake is essential to maintain mobility as you know with the chocolate brownies. If I can sort out my photos of today's endeavour you will be amazed at the jaw work.