As it turned out the red paint came off the rucksack quite easily. It was water based and as soon as i got the hose pipe onto the sack it just ran off. ( Thats the paint that ran off, not the rucksack.)

So after a tiring day one which is readily available on JJ’s, Judith’s and Mikes blogs we managed to find a decent campsite. Mike was looking for a place to set up Cafe Akto in Glen Mazeran.

When Mike saw all those new electricity generating whirlygigs and the pylons his eyes lit up. “Maybe they have plug sockets we can use for free”. Unfortunately they only had USB sockets and we think that these were for data collection rather than power but you never know and so it is that Mike is now looking for a USB powered camping stove with 2 burners with an option to use gas just in case its a still calm day during the challenge. Ha

Overnight it snowed and i awoke to a sagging tent. I should have used the cross over pole on the tent but it was so calm when i put it up. 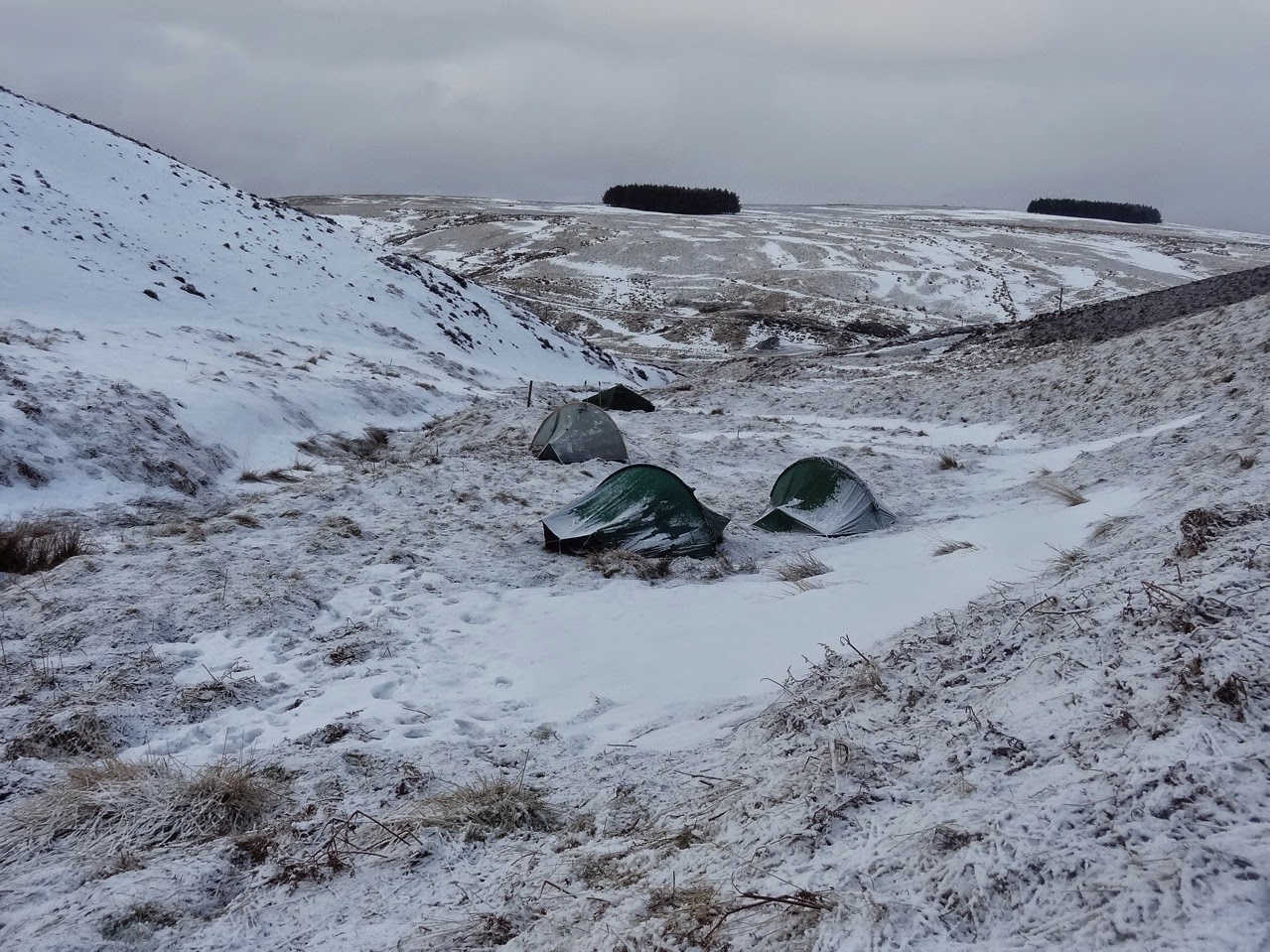 Snowy pitch, there was talk of snoring but i admit i didn’t hear it. 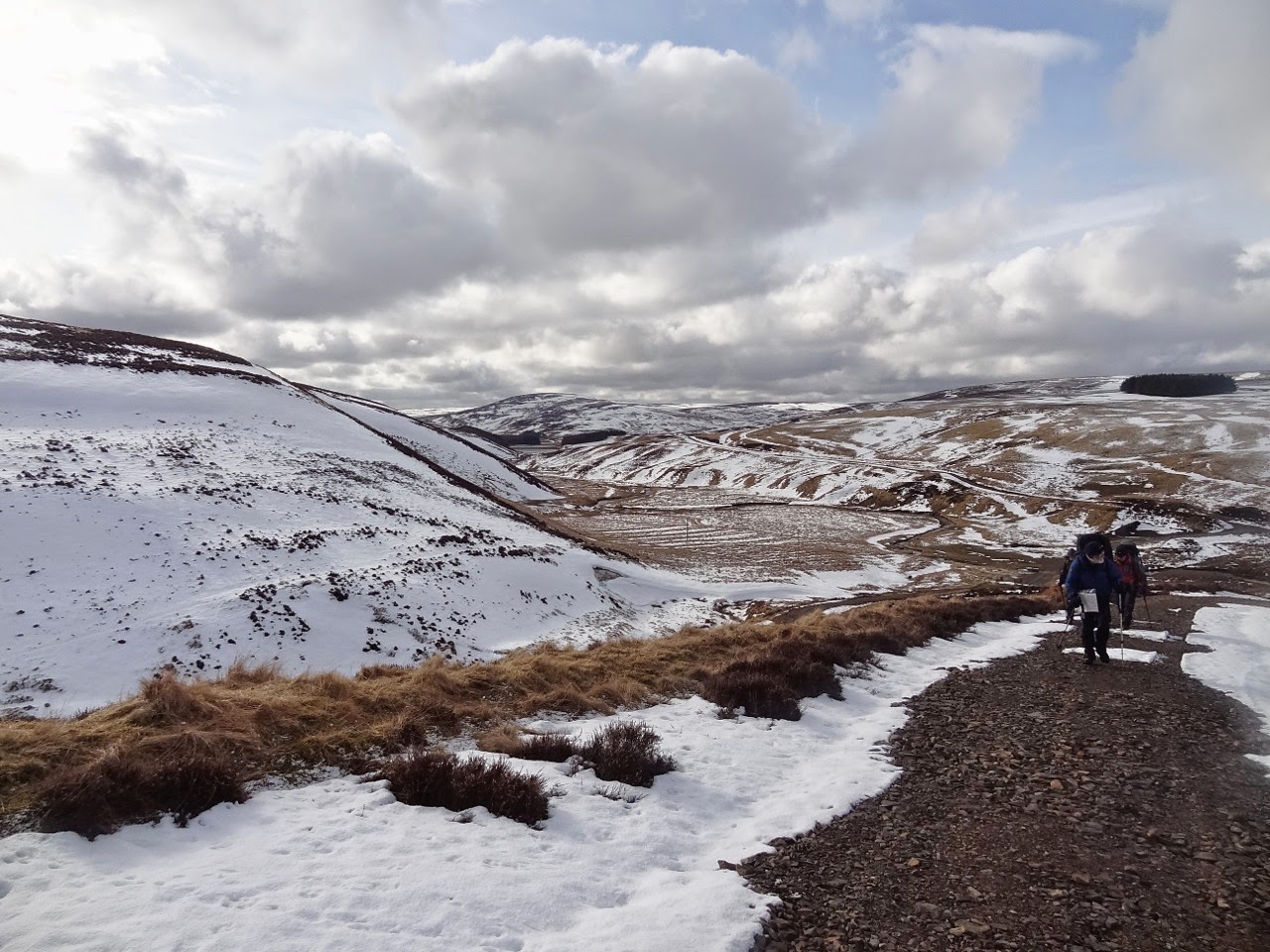 A cold morning and nobody was moving quickly. The warm sleeping bag held up progress but eventually we made a move. Basically it was because Mike was already packed and stood there like he expected a bus due any minute. So we broke camp and wind and moved off. Once again we used the access roads which were in excellent condition and good progress was made. 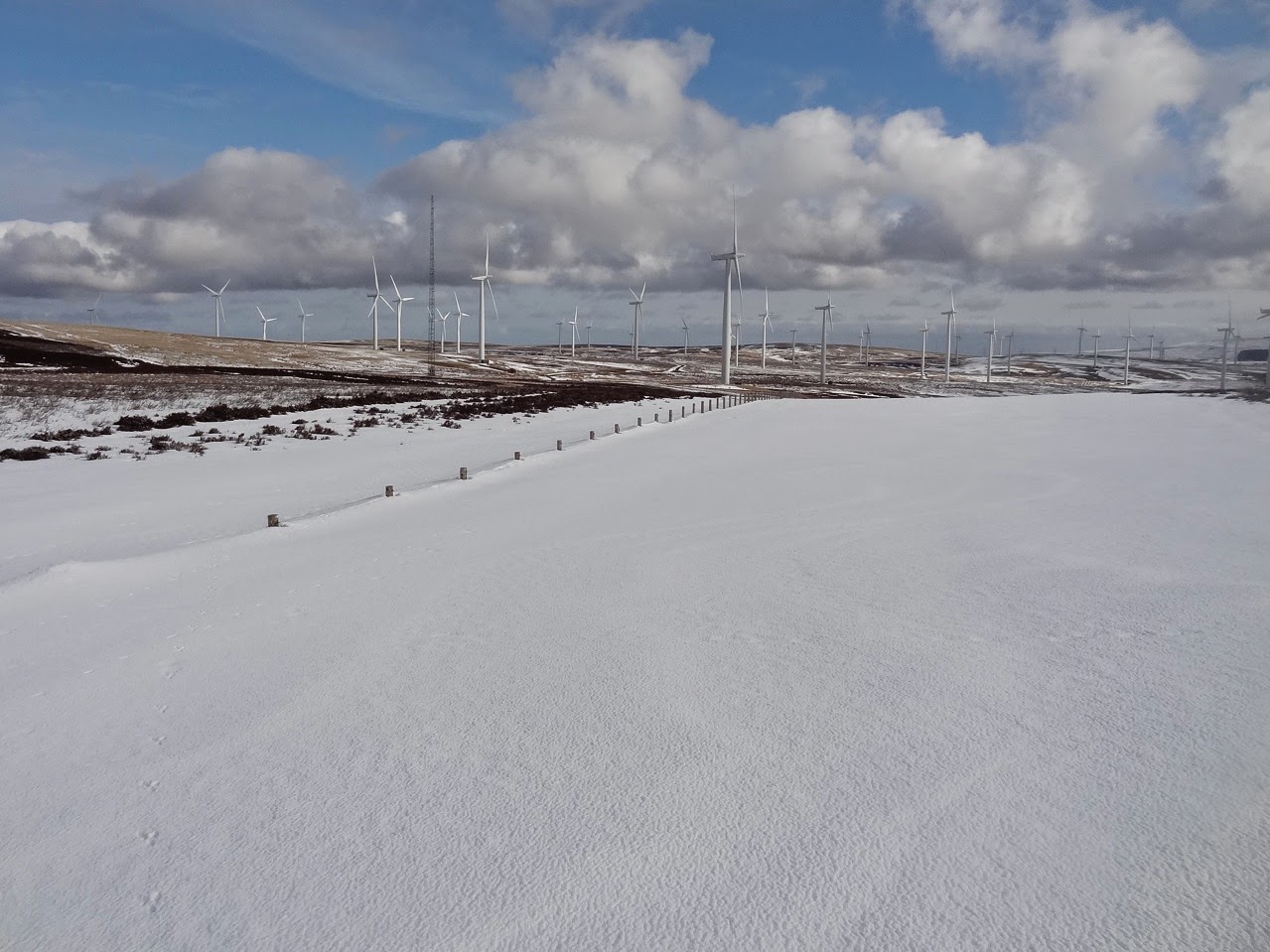 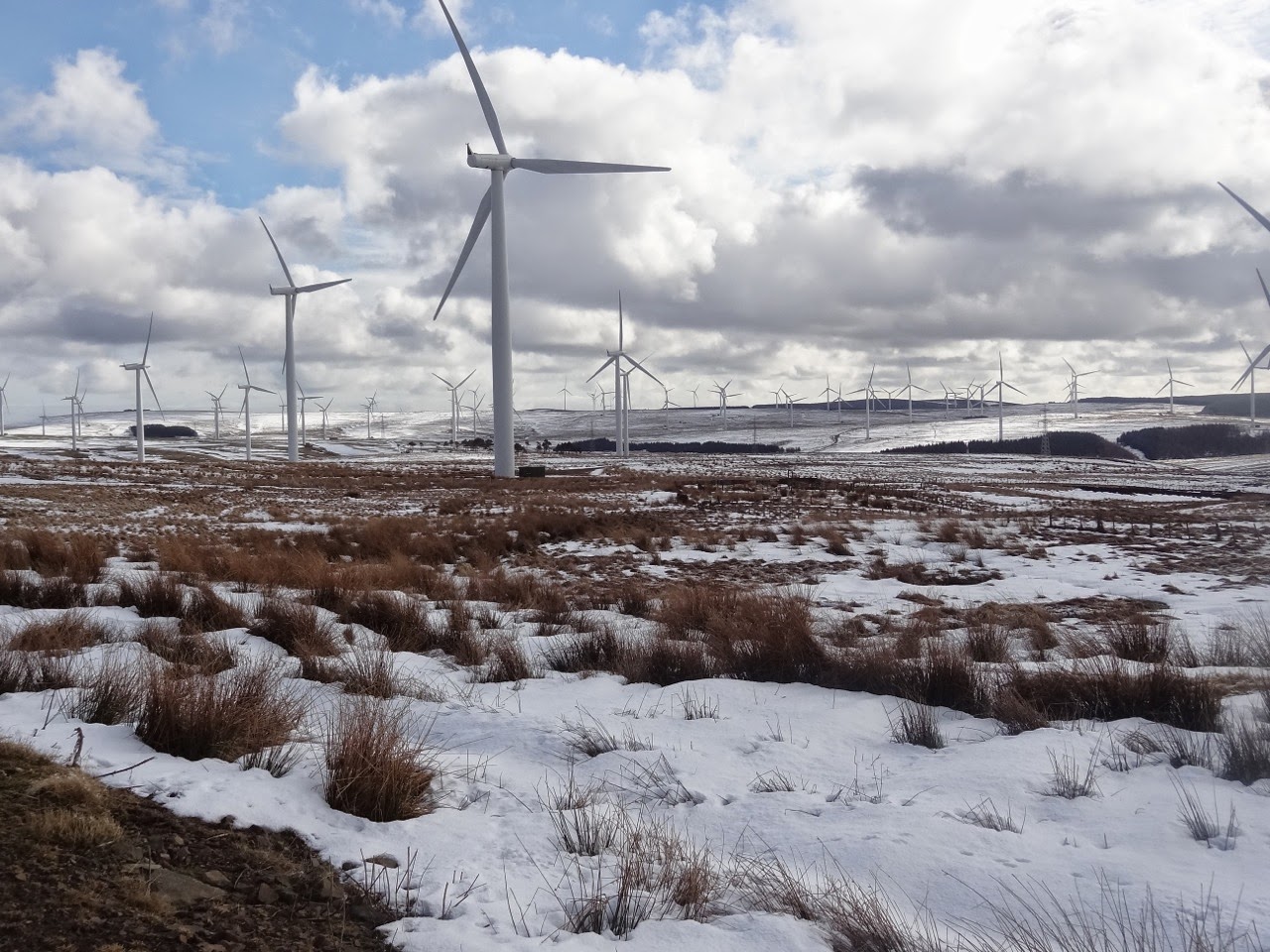 Just as we came to the edge of the industrialisation the red way markers led us to a large double container sized building with no windows. 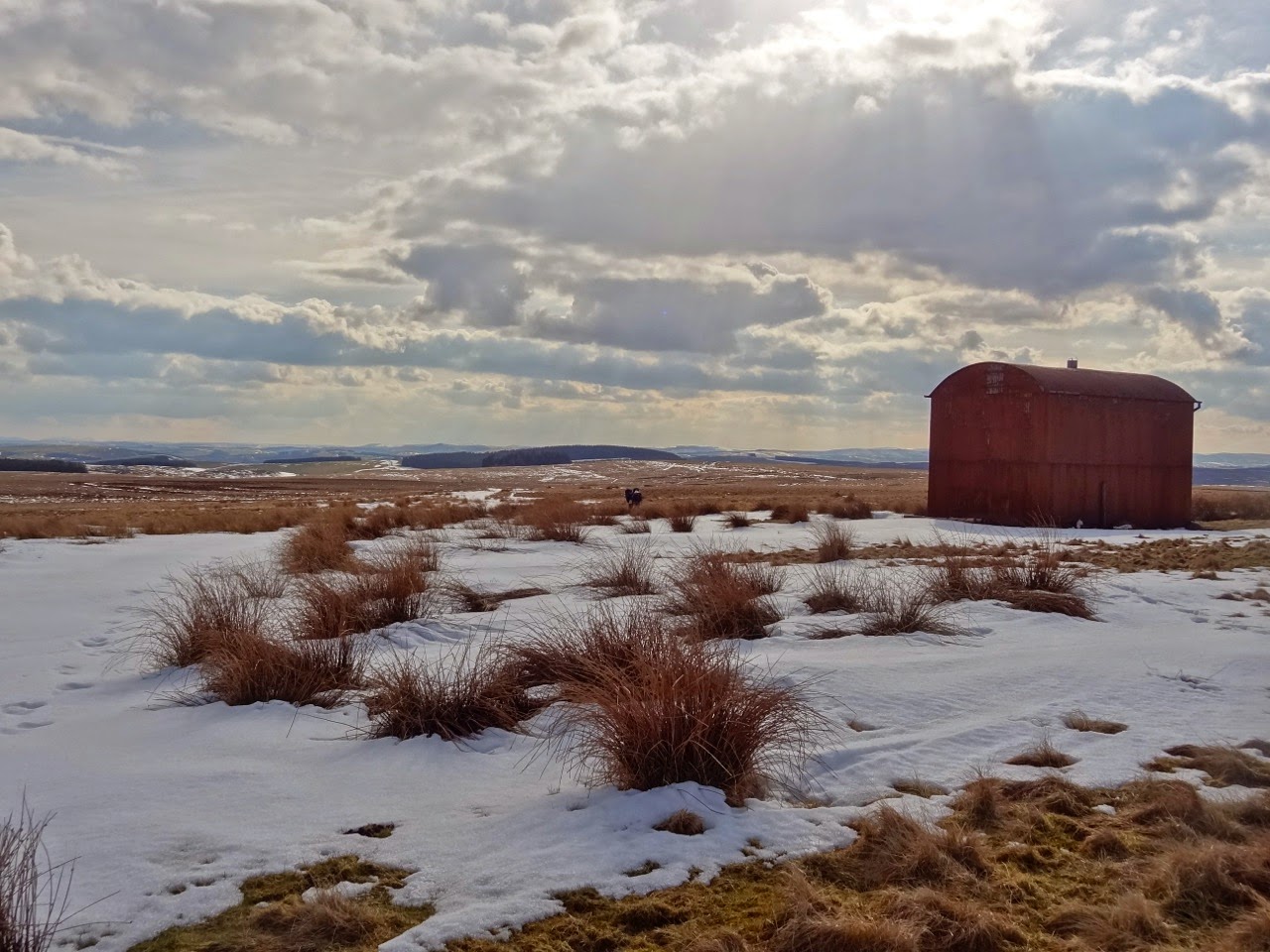 As we passed we heard voices from the doorway and Olaf,Oleg, sorry not sure which, came out and greeted us. It was the same guy we saw earlier in the white van.
What he said which Mike roughly translated was "Have you guys eaten because we have all finished and there is plenty left”.
Now i caught about 2 words and thought he said "have you guys not finished". 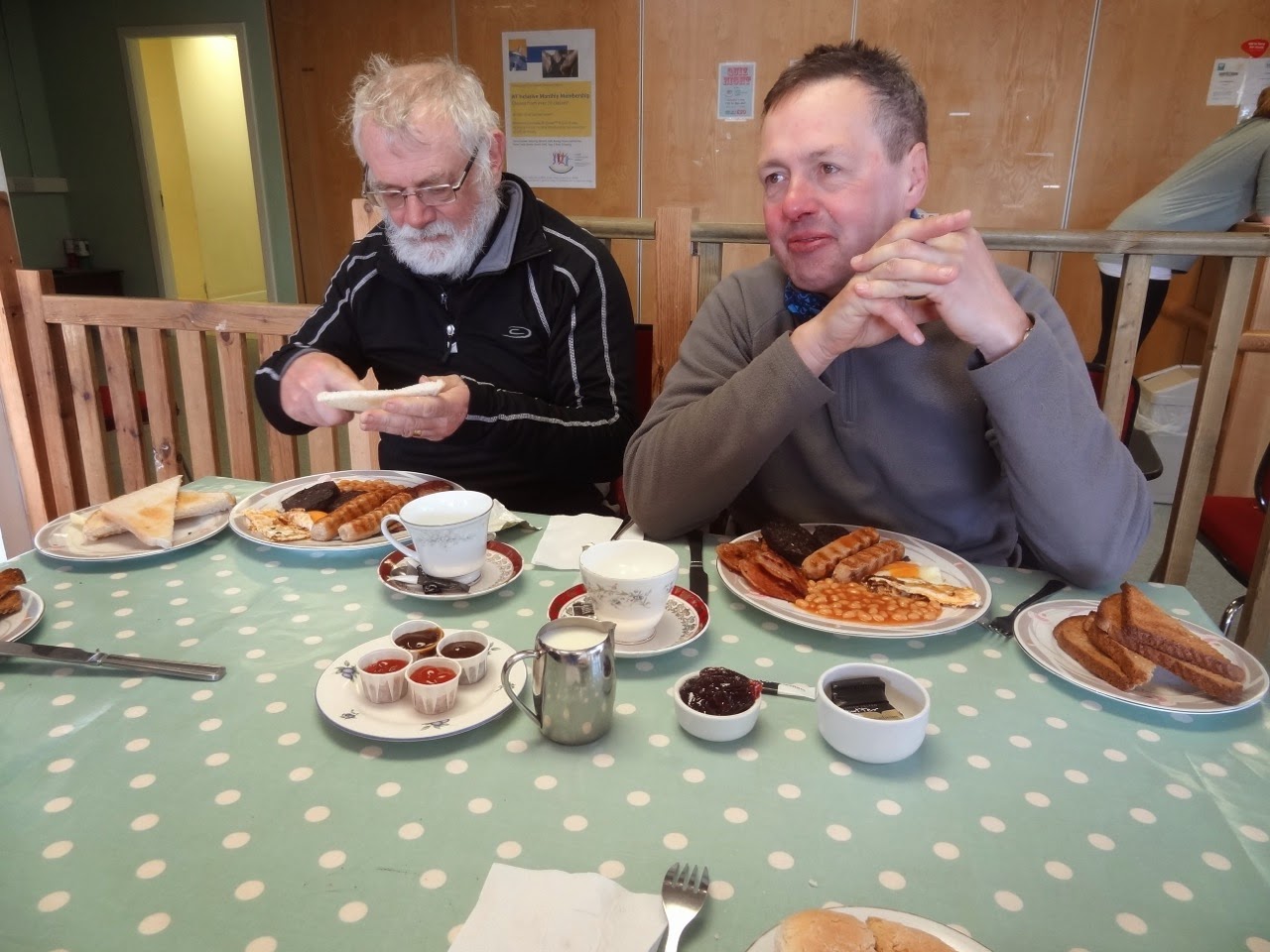 So you don’t look a gift horse in the mouth do you. We were made most welcome and had a terrific late brunch. There was even small dishes of fish roe but we declined. It would have spoiled the FSB and especially the Stornaway black pudding.
Cans of beer could have been bought for a small price and we thought what a great place and what a lovely lot of people. Cafe Akto may have competition.
We spent about an hour munching away and once again it got quite difficult to move out. We paid the bill £10 the lot and set off again for some remote place Mike wanted to check out. It was now late afternoon and getting a bit chilly as the sun was starting to drop down. 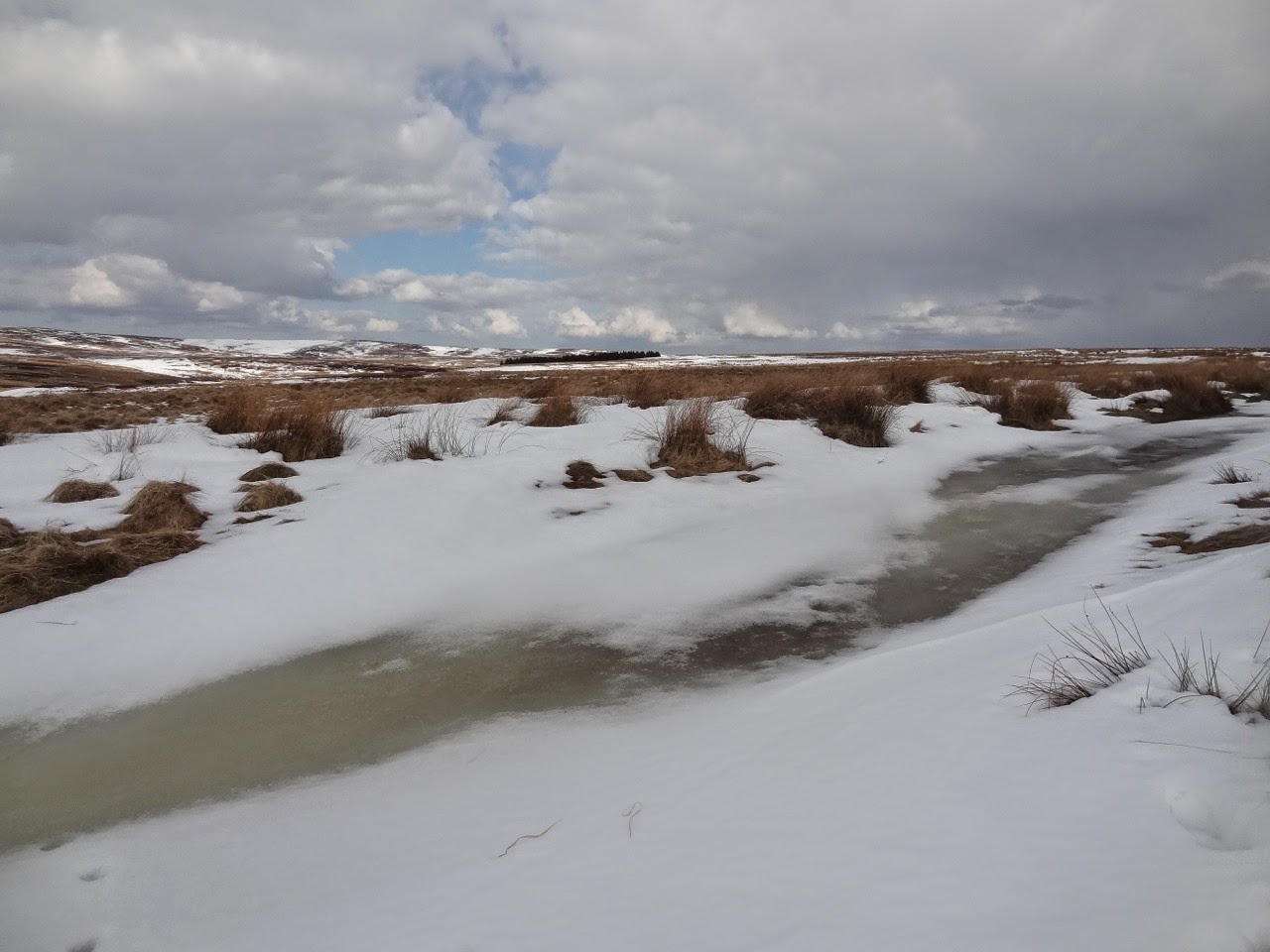 I really didn't expect Veggie sausages in a place like that. It just shows you what a good dose of entrepreneurial spirit can do for these previously out-of-the way locations.

I said I wasn't going to mention turbines. Wet red paint and good food. As its a not really a cafe open to the general public I am not giving a grid reference out. I don't think they would be able to accommodate challenge week.

We need to sort a name out for it. Suggestions please.

Thought you would be.

Looks chilly! A couple of nights out would do good to me, too.

It was chilly. Its always good to be out.