Around the Ogden reservoirs

Sheila unfortunately had to work Saturday and therefore our usual 10k walk with Dorothy had to be postponed. I checked the forecast for Sunday and it didn’t look too good. The Met office predicted 60% chance of rain with temperatures of 10 degrees but with the wind chill it was to feel like 5 degrees.

Dorothy said that if we wanted to get off somewhere on our own and do something higher, then she would stay at home. I decided we could do both, get Dorothy out and do something a little higher but not too taxing.

I decided that a walk around the Ogden reservoirs near Newhay fitted the bill. If that predicted rain came then it would be easy enough to detour back.

Usually the small car park near Lane Bottom fills up pretty sharpish, but today there were only 4 cars there. I wondered where everybody was as the day, although bitterly cold and felt more like 0 degrees, was still clear and inviting.

We set of walking east away from the car park and soon hit footpath diversion signs. The water board were doing improvements and we pedestrians were pointed a little south and up through some trees. The path was good and far more interesting than the lower road walk we had taken on previous trips.

We saw some mountain bikers ignore the diversion signs and from our lofty positions watched them, thinking any minute now they are going to have to backtrack and follow our route. But they were having non of it. They removed the gates blocking the route and carried on regardless. They did reposition the gates, bless ‘em. Rules for some, i thought.

We rejoined the route adjacent to the dam road between Piethorne and Kitcliffe reservoirs and we carried on east to the last of the reservoirs (Nameless as far as i know). The path from here has a number of options where depending on time and fitness you can extend the walk as much as you want. We went north to Cold Grieve but then left the path and took a sheep trod leading towards the old quarries at the back of Norman Hill reservoir. As height was gained the breeze became stronger and i was wishing i had brought my warmer hat. My ears were tingling and hands were tightly gripping my shell jacket sleeves.

I knew there was a good path north of us that goes to Windy hill and the communications mast but how we get to it was a bit challenging, there was quite a high dry stone wall in the way and we had Dorothy to consider. I tried in vain to find stepping stones or a stile and so we had to cross a footbridge and head west to exit by the dam. Fortunately the moor was very dry, we have had no rain to speak of here for what seems like ages now. In fact the reservoirs were quite low for this time of year and unless we get some rain soon there are going to be hosepipe bans before the summer even comes. And worse still grass fires.
Just as we crossed the dam outlet i spotted some frog spawn and next to it a dead frog. A life for a life i thought.

When we met the path at Ben Heys we found it to be a sheltered spot and an ideal place to stop for a coffee. Good views across the M62 towards Blackstone Edge.
One of the flasks of coffee we took was unusually tepid. The other one boiling. Both flasks have always been excellent and the contents came out of the same kettle at the same time, so i need to find out whats going on. Very strange.

A couple of fox terriers found us and explored our surroundings for any food. They were just too late, we had finished. The owners gave them short shrift when they caught up but they were causing no problems really.

The sky was looking ominous and getting darker by the minute. The breeze had changed direction and had picked up a little. We decided to get a move on as the first spots of rain were felt.

Heading west along the Rochdale way (Tunshill Lane) we passed a large group of people with old style SLR cameras and huge telephoto lenses. Not what you would normally see hikers carrying, so i can only assume that it was a photographic club out taking advantage of the good light which was highlighting the gold and straw coloured moorland under stormy skies. Ideal for black and white photographs.

On the way back to Ogden reservoir, we were nearly run over by 2 more youths on mountain bikes hurtling along and one biker coming the opposite way was equally annoyed at there total disregard for walkers. So thanks to that lady biker for showing consideration. She carried on with a side to side shaking of her head.

The rain never got more than a spit and although the sky was looking more and more like it was going to down pour, we got back back to the car dry.
A very enjoyable couple of hours.

Some pics from the walk. 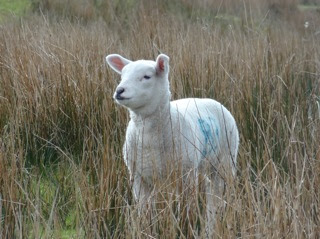 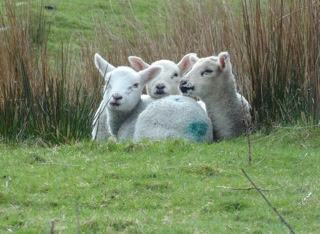 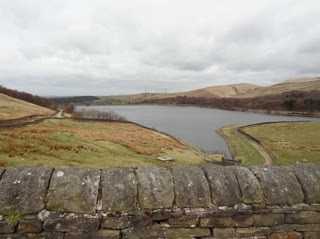 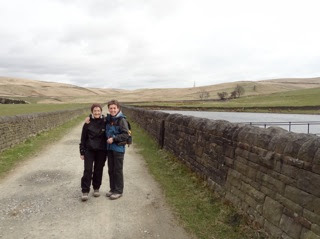 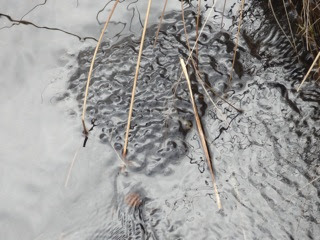 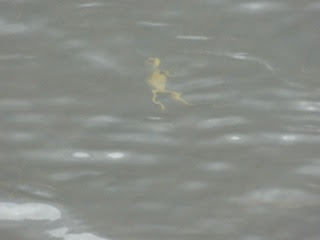 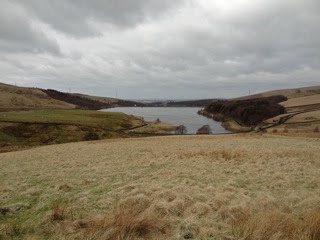 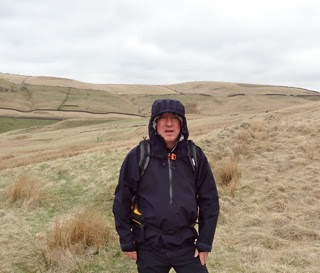 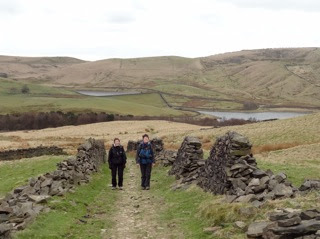 You could walk there from your house by following the Roman road! I lived in Newhey in the mid-1970s....it seems an awfully long time ago. There are some nice routes around there - is there still a pub in Ogden?
Nice photos!
JJ

hi JJ.
Yes the Bull is still in Ogden. I think it is undergoing restoration. I havn’t been in for a while but the steaks were always spot on.

You are correct JJ. If i open my front door, turn left, keep going i would hit the reservoirs. I have walked from home to Newhay a couple of times and across to Littleborough. The path at Gravel Hole was always very boggy but i’ve not walked it for a while now.