We were up in the Duddon Valley for a weekend, went out for a very nice meal at Da Vinci restaurant in Millom and helped put up the Christmas lights on the exterior of our friends house in Seathwaite.

The following morning we had to make a trip to Haverigg and so decided to enjoy a walk around the nature reserve and get some sea air.

I hadn't realised how much the static caravan site had grown and now was called Port Haverigg. It looked nice all the same, very clean and tidy. The last time I was here it was half the size.
There is also a site which will allow tents, called Harbour Lights camping. It seems that the minimum price is £23 per night but that is for a tent, 4 people and a car. They may allow backpackers to camp for less but it isn't advertised.

On our walk around and not far from the camp site is a very nice cafe/Band B called Herdwick's, which we had a look around and decided to partake in a brew. It's not huge inside and considering how busy this area would be in the summer its a good job they have a large outside seating area. Its worth a visit all the same. 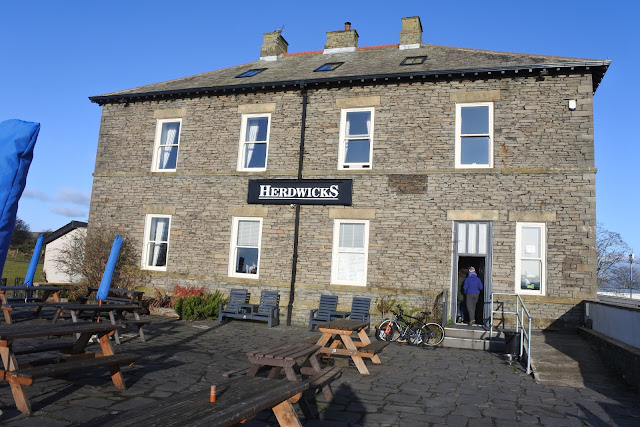 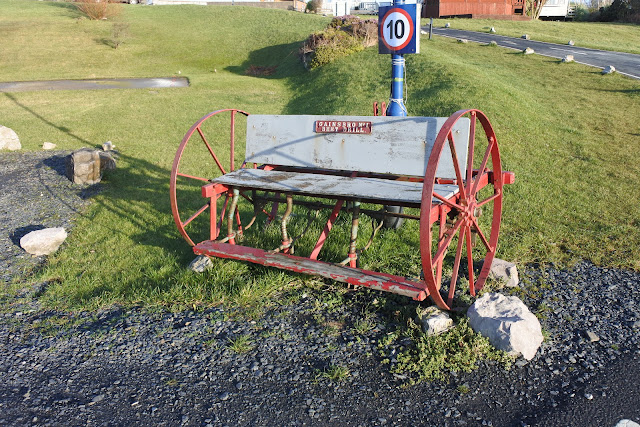 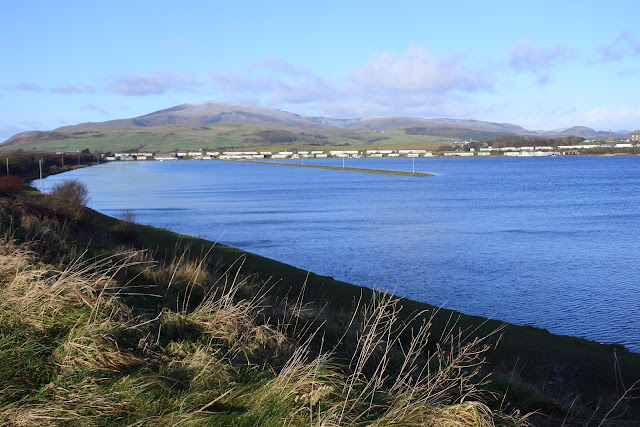 View across the lagoon to Port Haverigg with Black Combe in the background.

There is plenty of industrial archeology in this area with the now closed iron works which at one time  produce high grade iron from the highest grade ore in the world. There can still be found large chunks of iron slag around the nature reserve.

The first structure we came to was the old Hodbarrow Haverigg lighthouse which is now just a historical landmark. It was built around 1905 by the owners of the iron works. It also built a large protective sea wall. The original lighthouse was built just a bit further around the lagoon also by the mining company which guided ships into the port. Built in 1866. The older lighthouse was abandoned and also the new one in 1949. It was rebuilt and re-lit in 2004 but today it looks abandoned again. 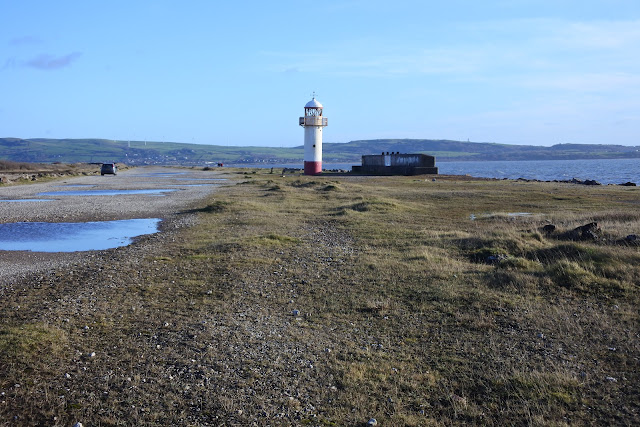 Hodbarrow Light house. (click on the name for more info.) 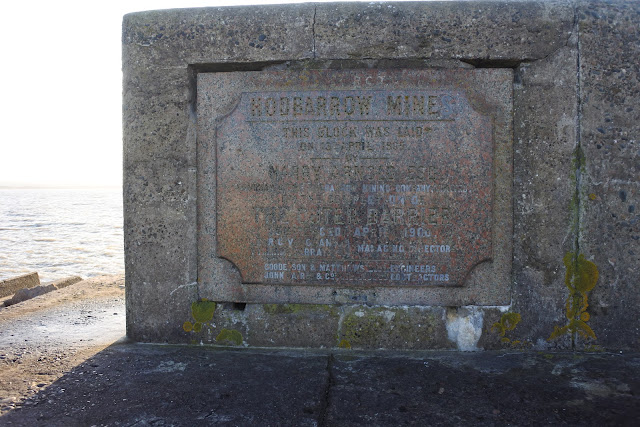 Commemorative stone on completion of the outer barrier wall.
It says:- Hodbarrow Mines

This block was laid
On the 13th April 1905
By
Harry Arnold Esq.
Chairman of the Hodbarrow Mining Company Limited
On the completion of
The Outer Barrier
Commenced April 1900 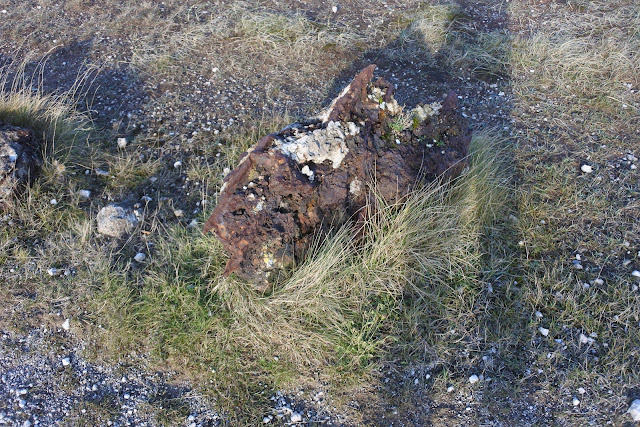 Across the way, which is where the iron works stood, is the RSPB hide with its Tern Sanctuary.

Further on a second structure can be seen on a slight rise which does look like a collapsed lighthouse, it is very similar in shape to the folly in Ulverston. This is not a lighthouse but an old windmill called Towsey Hole Mill and ground grain, probably oats. It became an office for the iron works but was not in great condition when the works closed down.

There are many paths to chose from around the area of the old mill which includes a couple of picnic areas, an OS trig point and a nice beach. We had to met our friend Tina and so took the easy path around the shore of the lagoon where we passed a new stone pillar put in place by the RSPB, I am surmising. 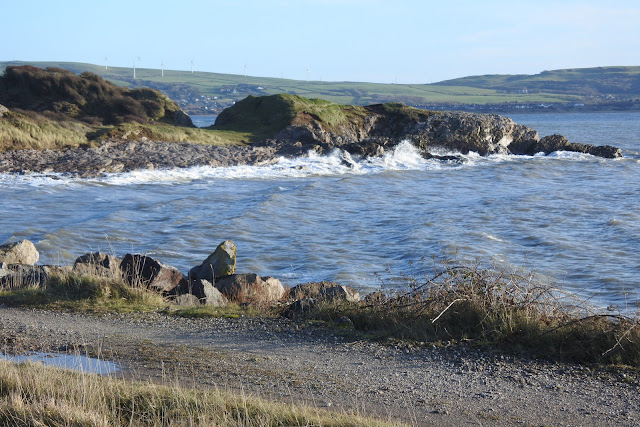 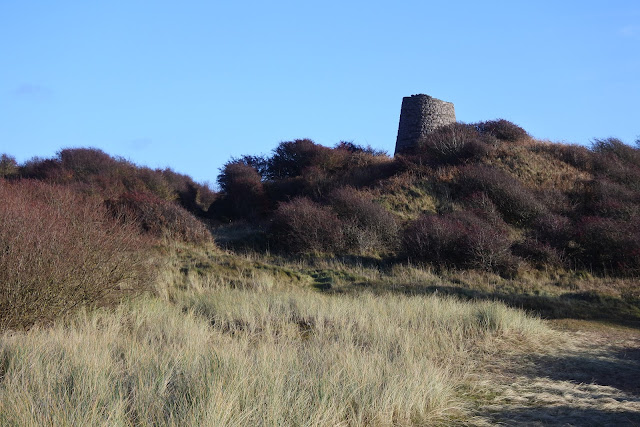 Today we had some clear skies with the Scafell and Coniston mountains covered in snow, it was looking great and I wished I was up there.

We walked past the original lighthouse, now derelict. It's a real shame that this cannot be put to some usefulness by the RSPB, it would make a great lookout and a hide could be built atop. 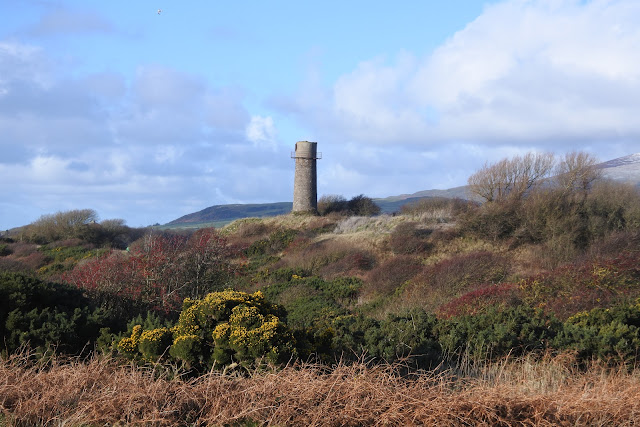 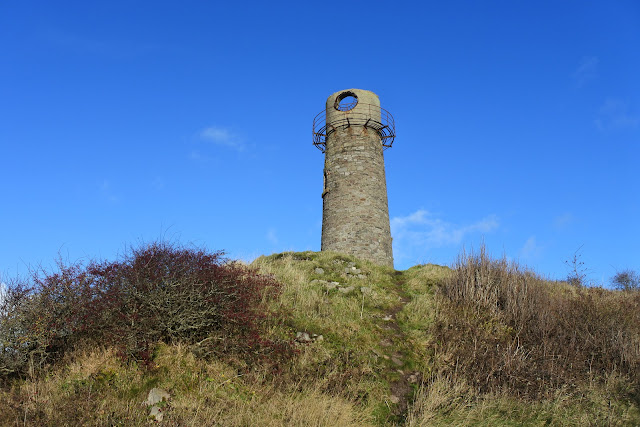 Two shots of the original lighthouse. 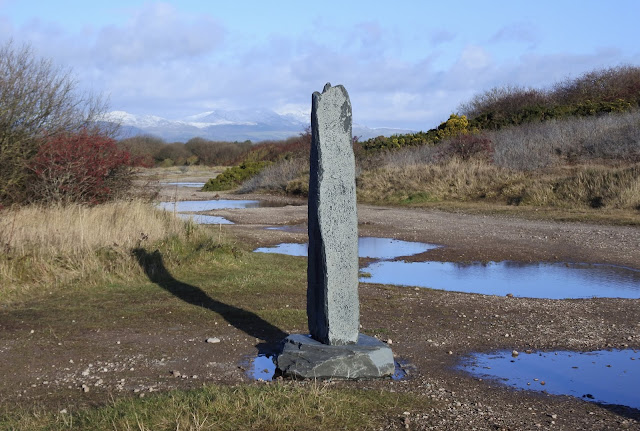 All too soon we were back at the car where we met Tina. So a late lunch was called for and we headed of to the Beach Cafe at Silecroft. 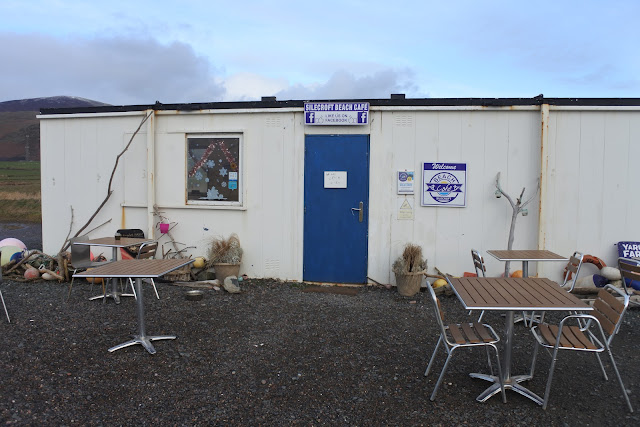 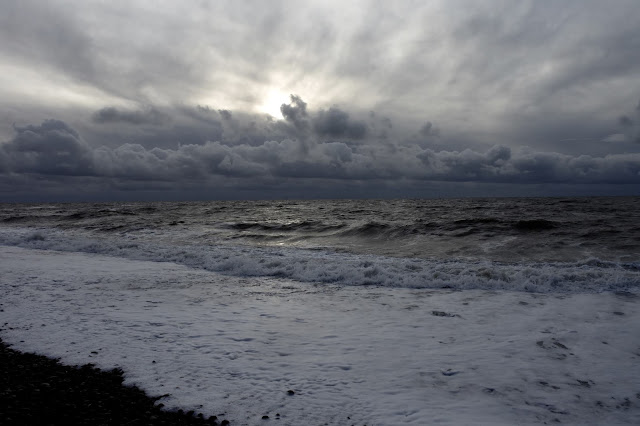 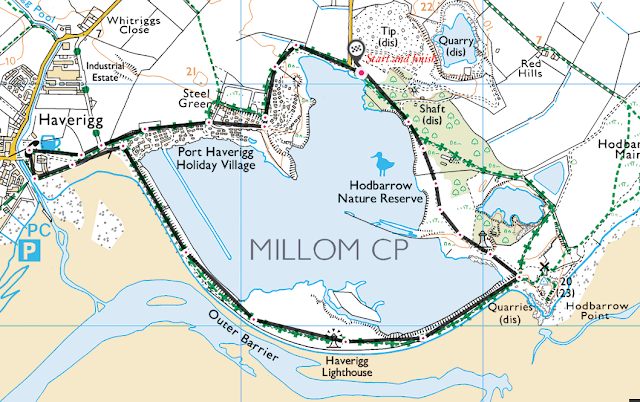 Route 5.5km (Excludes route to Silecroft which was by car)

A grand little walk there, plenty of interest and great pictures of the waves and clouds in particular.
I would hope backpackers could camp for a lot less than £23!.

All very interesting. I was there in March 2017 on my Cumbria Coastal Way campaign:

Funny how we all find different things to comment on and photograph on similar walks.

I didn't get much further on the CCW after that but you have enthused me to try and proceed further - the logistics with trains were becoming tricky - I will have to be more ingenious.

Thanks Geoff, it was a lovely day so we dawdled our way round. A very interesting area with far more archeology than I have listed. There is an iron works museum too.

I have walked the Cumbrian coast path ( most of it). and it is worth doing the next bit. There is a nice cafe at Drigg station too.

Hi Alan
Haverigg was a favorite destination for our family on sunny weekends back in the 60's.
Mum and Dad would load our camper (motorcaravan then!) and off we'd go on a Friday night. Haverigg and Roan Head on the other side of the Duddon estuary was the seaside for my sister and I.
The huge concrete blocks were always impressive to me...and indeed still are.
I've not been in the pub...nor the beach cafe at Silecroft.
Always has happy memories for me, thanks for sharing.
Cheers
Alistair

Hi Alistair, the Duddon is somewhere we know very well, we have many good friends there. We don’t get down to Haverigg very often because there is just so much to do in the area. But it’s worth a visit as you know. The pub/cafe/b and b. Is good. The food looked very nice and reasonably priced, the staff were friendly and the place was spotless. The B and B seemed a bit pricey though to us but I suppose it’s the usual supply and demand.
Silecroft is a place we do visit quite frequently. It’s a great stroll down the beach even though it’s mainly pebbles. Although the “beach” cafe is small the food was very good and reasonably priced. If you are in the area it’s worth a visit to keep the place going.

Cheers Alan, next time we're over that way we'll try the Beach Cafe for sure.
Alistair