Around Glasson, coast and canal

Having missed so much this year we needed a short break before we both went even more barmy than we already are. We didn't want to go far and after checking the Internet we decided on Glasson. Well Conder Green to be precise.
I checked out our friend and fellow blogger Sir Hugh for ideas on walks in the area and found a few. Today's walk was mainly his route. Here. 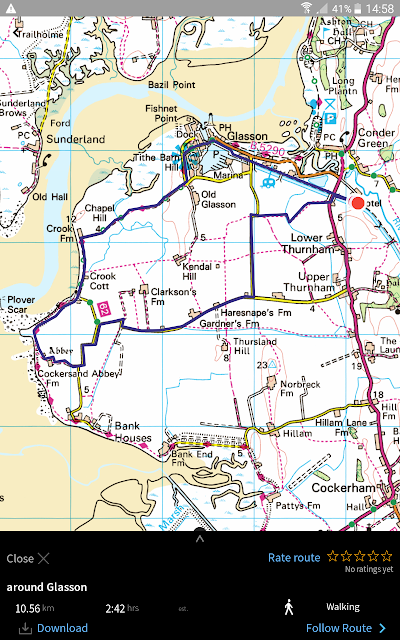 Today's route
Walking down the Glasson branch of the Lancaster canal was as straight as a dye. It wasn't far before we reached the large lagoon and the last of the lock gates. A lovely day with lots of folk about.
We passed over a revolving bridge and called in at a cafe that was open for coffee.
A short road walk brought us to good views across the bay to Sunderland point, the Lune estuary and Heysham. 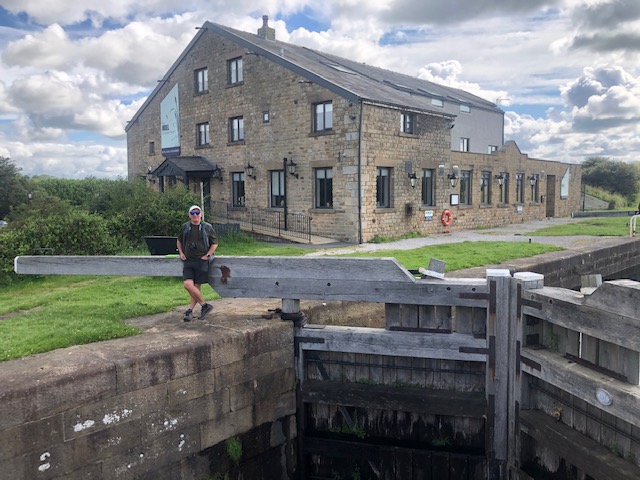 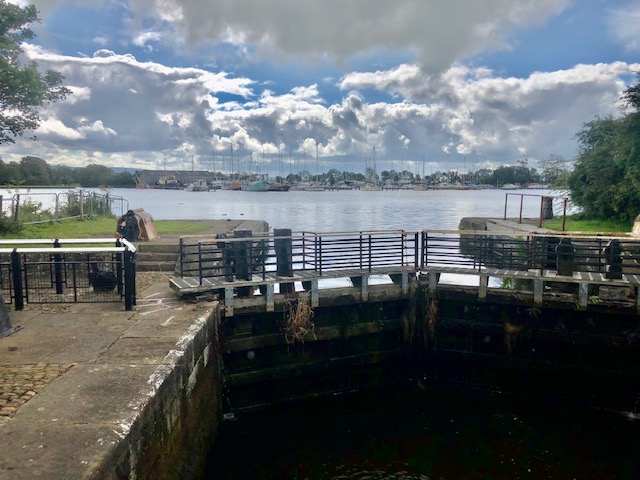 We joined a queue of folk on Marsh lane all heading like us to the coastal footpath at Crook Farm. Plenty of birds about and lots of Sea Campion.
We turned off the coast path at Cockersand abbey. The abbey was founded in 1184 as the hospital of St Mary. The chapter house being the only structure standing. 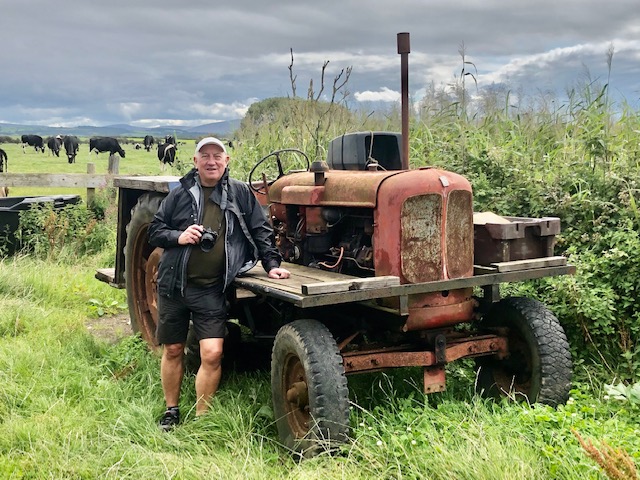 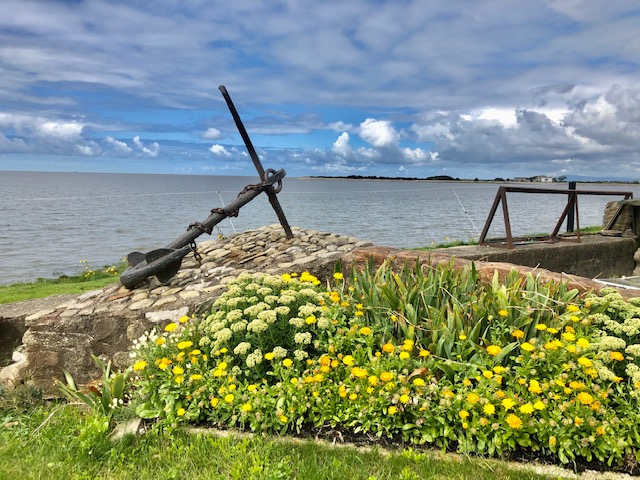 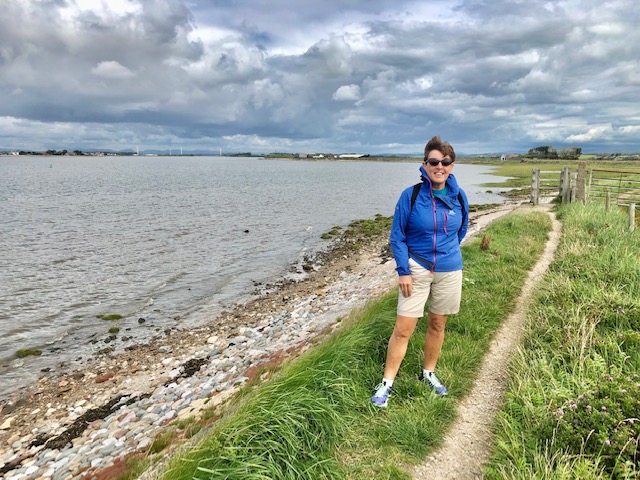 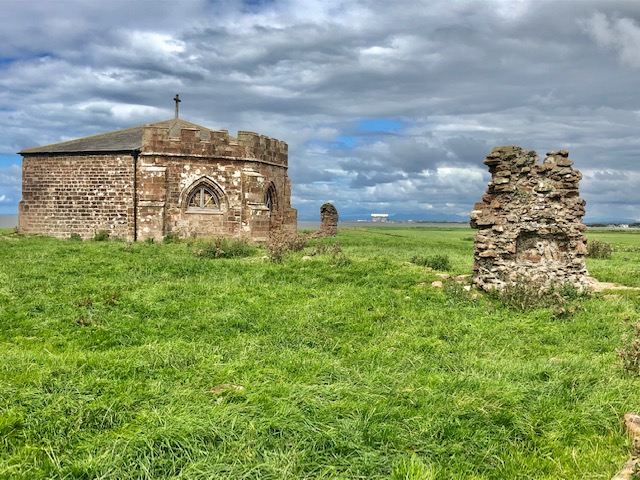 From the abbey our route passed through a now deserted farm to the c roads which led us almost back to the Lancaster canal but we diverted across Thurnham moss where the path was well over grown, especially at tge gutter bridges to the A588 main road.
From there it was a short distance back to the car. 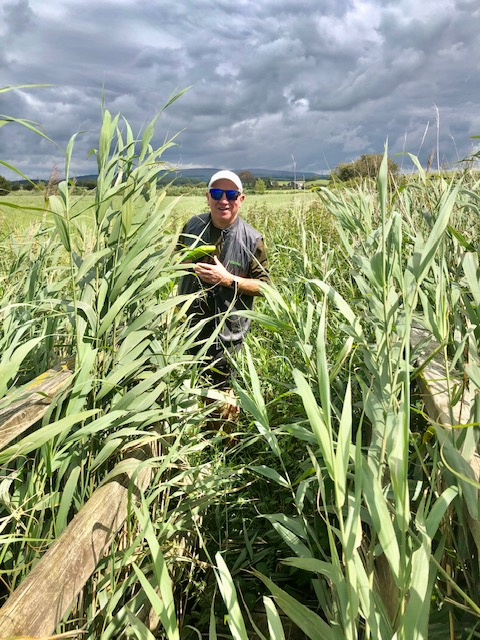 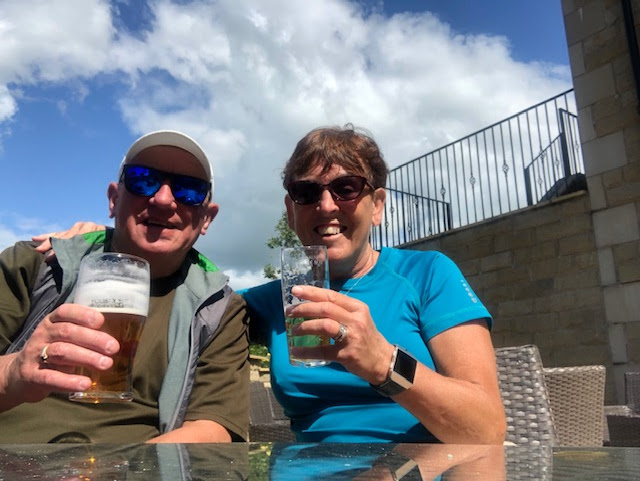 I'm flattered to read that you seasoned campaigners sought information from my efforts. That tractor looks different and its carrying modifications interesting. I like your final photo.

Hi Alan
Great to see you've got away for a break.
It's a lovely area, one we often visit as well.
Plus it looks like you had good weather!
thanks for sharing
Alistair

That's a lovely area, Alan, I have it on my list for a forthcoming day walk.
It's home to Breath of Fresh Air... https://phreerunner.blogspot.com/2011/10/monday-3-october-2011-breath-of-fresh.html

Hi Conrad. I remember you doing the coast path so thought i would search Glasson on your blog. No point in reinventing the wheel so copied your route. That old Nuffield tractor has lots of mods. Still running though.

Hi Alistair, been here once or twice before but didnt really have a good look round. As you say its a very nice area and worth visiting.

Hi Martin, If we can make your day walk when you do it we would like to come back again.