A walk around Manchester Golf Course.

Because of lockdown rules closing golf courses, Manchester golf course management have opened up the course for the general public to walk around. A splendid idea.

I have never been on the course before and i never realised just how big it was or how wonderful it is to walk around it. It was well worth doing and we clocked up just over 7km.

We started off walking down the Rochdale canal before joining the slip road into the course. The Canada geese were very friendly. 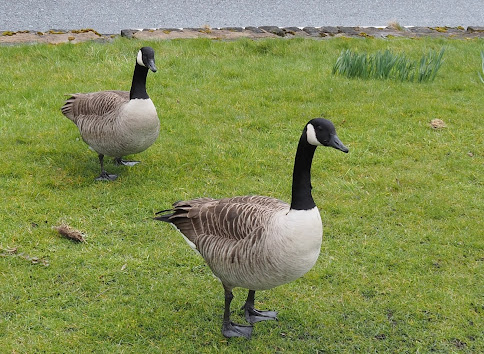 The Course club house which now includes the Nineteenth Hole has lots of Ancient History and was originally called Hopwood Cottage and was part of the Hopwood Hall estates which date back to the 12 century, it had a boating lake with a boat house and a very unique ice house. These still exist today. 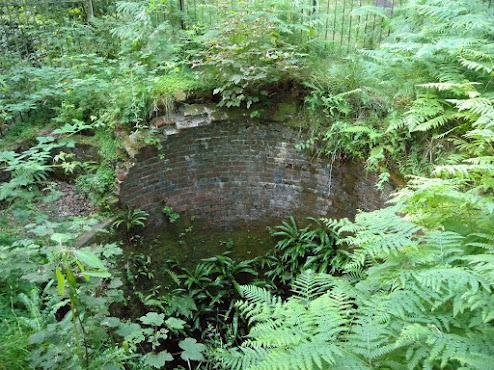 Hopwood Ice House. You can just make out the curved brickwork which was the domed roof. 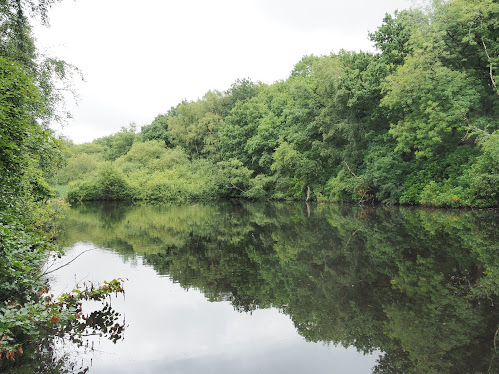 Cottage Pond. Not sure where the boat house was. 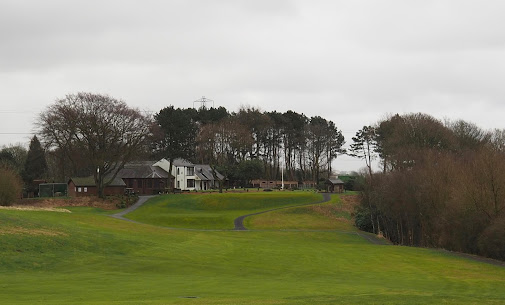 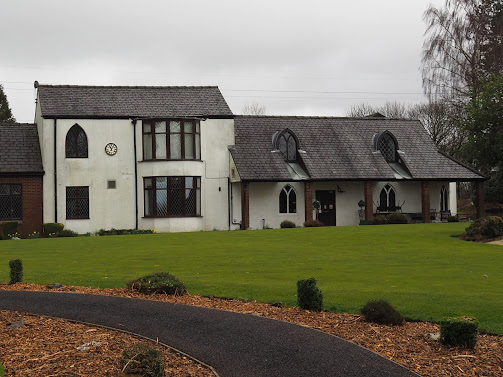 Zoom shot, the original cottage. The club is the second oldest club in England although it hasn't always played here. 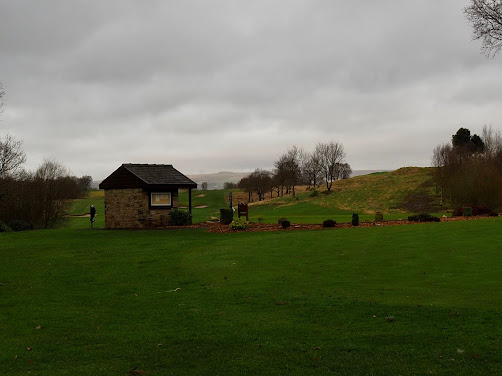 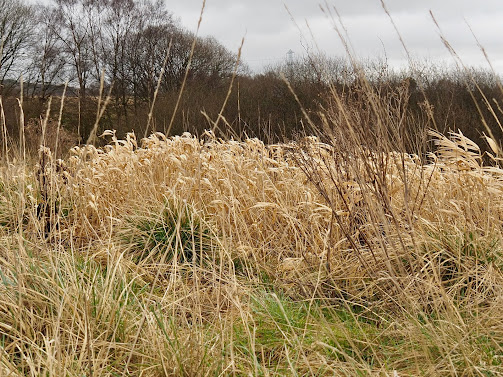 Nice colour in the rough 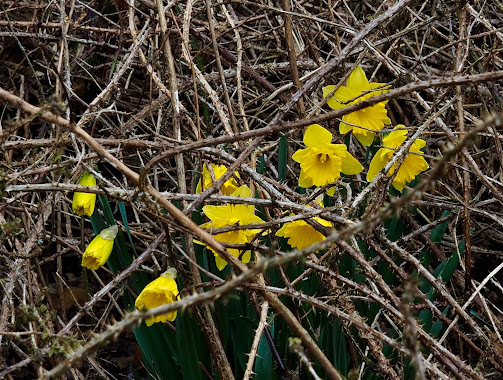 Daffodils with a prikly existance. 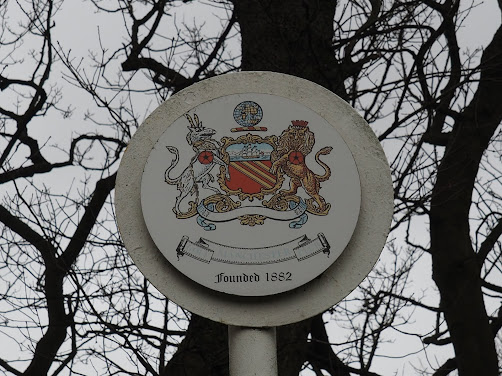 I didn't realise the course was this old. 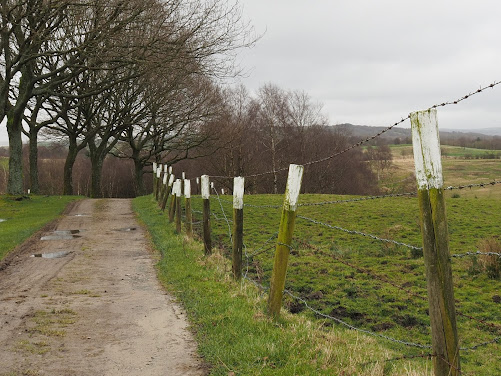 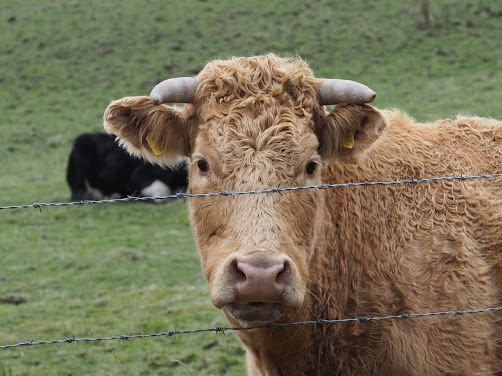 A nosey occupant of a neighbouring field. 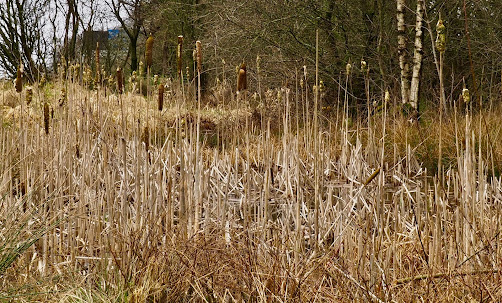 I was just taking this picture when a Deer ran out from the trees and past us. It was gone in a flash so i didn't get a photo. We thought we might see another but we didn't. That was until maybe 20 minutes later and in a dense coppice i spot this beauty below. 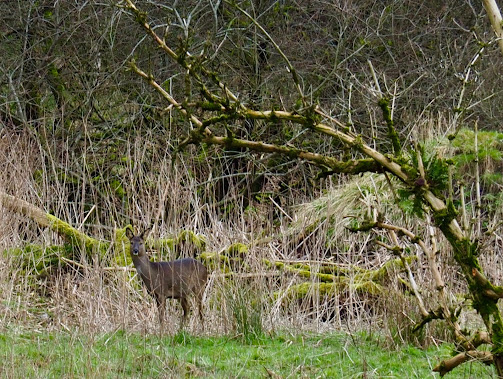 Zoom shot of a Roe Deer.
We tried to get closer to it by walking in a large circle behind it but it heard us and we just caught a glimpse of it's white behind as it ran away. 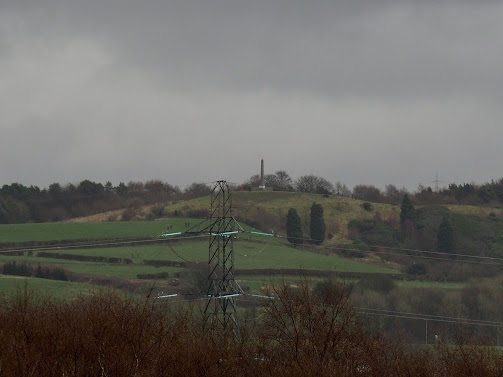 Super Zoom shot of the monument on Tandle Hill. 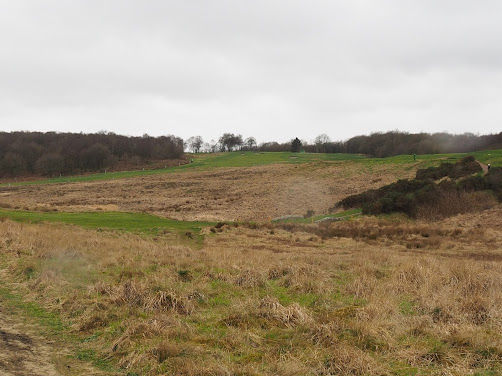 There are quite big areas which are left as rough pasture which i think is a great for animal life. 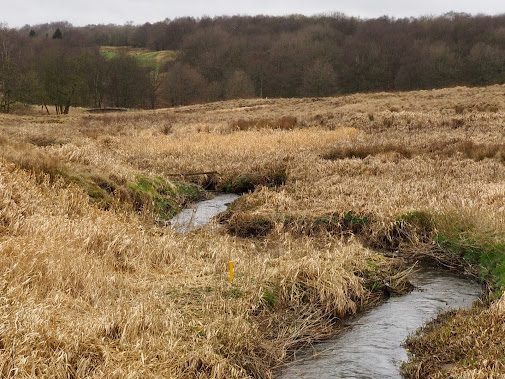 Trub Brook winds its way through the course. 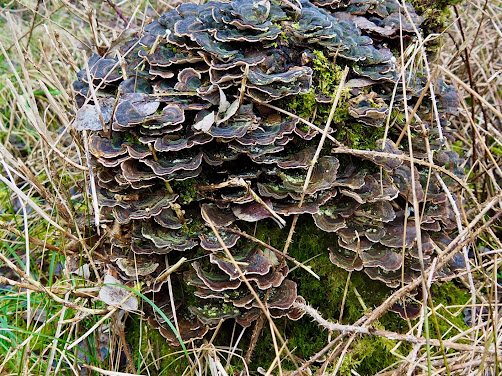 A stump full of Brackets. 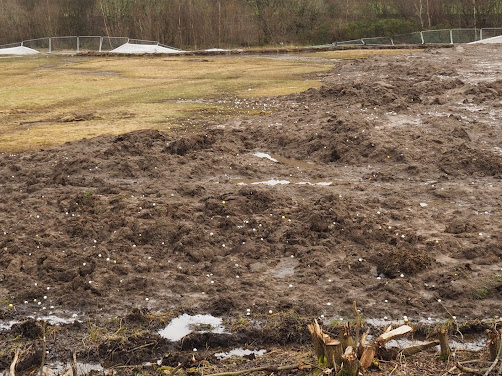 A new range is being constructed and all the white dots you can see are hundreds if not thousands of golf balls. As a kid we would have been in here picking them up and selling them. But it looks like they are just going to get buried by the Caterpillar D6 that Sheila is stood aside below. Cost new £400-£500K 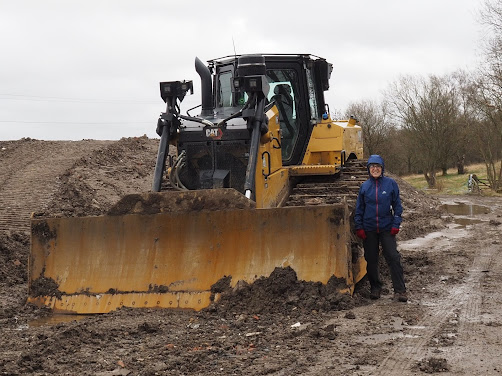 We covered just over 7km on the course and it was an eye opener of what a lovely area it is to walk. It's a shame that it couldn't remain open to the public after the course re-opens.
On the way back we spotted this colourful rooster. 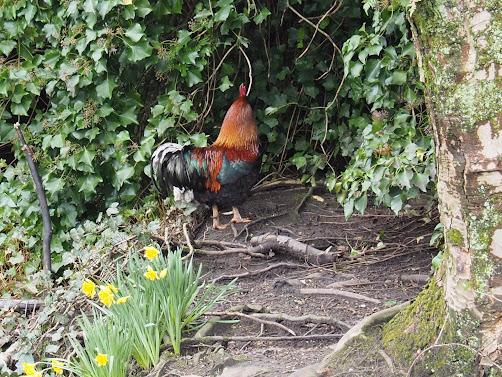 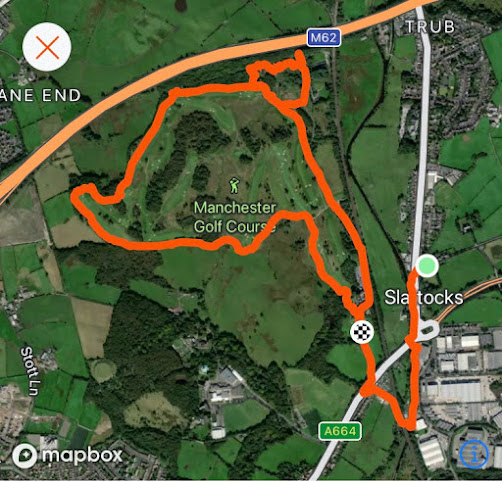 A bit surprised at the enormous cost of that machine even though I am aware they are pretty expensive. If it had been 1st. April I would have had some doubts about the roster. Like many of us we are putting our own local areas under more scrutiny and it's producing some interesting results.

Well that's one for the archives. The day you walked round a golf course without hitting a ball, I think they open up at the end of the month.

Hi Conrad, Hope you are ok.
Yes they are very expensive and they cost about £450 a day to rent. I would love to have a go in one. Only after getting home and looking at the map did i notice there is a trig point on the course. We didn't see it so we will be going back this week.

Hi BC, They usually frown upon non members walking the course. Thats why we have never done it. So it was great to do it. Your right they open next month.

Excellent Alan, I think a few courses have done this - there's one in Wilmslow that I walk through with Graeme that is similarly welcoming walkers.

Hi Martin, they are large wide open spaces and as long as folk respect the fact that its hard work looking after the greens and bunkers there should be no problems allowing walkers in. Lets hope they don't get abused and maybe more will open up because they are lovely to walk round the perimeters. Quite hilly too.