Goodbye to an old friend.

I travelled up to Seathwaite in the Duddon Valley on Thursday evening with 2 intentions.
1. To pay my respects at the funeral service to a real mountain man and old friend Ralph Blain.
2. To test out a MLD Duomid in what was forecast to be an awful weather weekend.

Ralphs funeral service was at 11.30am Friday morning at the small church in Seathwaite.
Ralph, was, as I say, a real mountain man. An Alpinist. Numerous first ascents of routes in the Dolomite mountains of Italy and on Gimmer crag in Langdale, "IF" for example in 1962. A mountain guide. A trainer of outdoor survival to the armed forces of both Australia and New Zealand. A member of Keswick mountain rescue. A teacher of Outdoor pursuits in Ullswater. My mentor during my MLTC modules. A fell race Marshall. An organiser. A husband,dad and grandad. And so much more.

Ralph's appetite for anything outdoors was insatiable and he had great patience especially when teaching children from under privileged backgrounds and with learning difficulties. I was lucky enough to be Ralph's 2nd on numerous occasions and he loved to see the change he brought out of those kids that started out big headed, bullies or introvert. He made good teams in the end and he got lots of respect from them.

Ralph's son Ben did a wonderful eulogy during the service and Ralph's wife Jane read a passage from the bible about Love.

One point which Ben made and it made me laugh because it was so true although I hadn't thought about it before was just how clumsy and sometimes awkward Ralph could be around the house but once he'd put on his walking boots he became a perfect hill athlete. His gait was enormous, his movement on sheer rock worth watching alone. His determination and expertise was 2nd to non.

The church was packed and standing room full too.

I was so privileged to have known him and able to take some of his knowledge and love of all things outdoors. 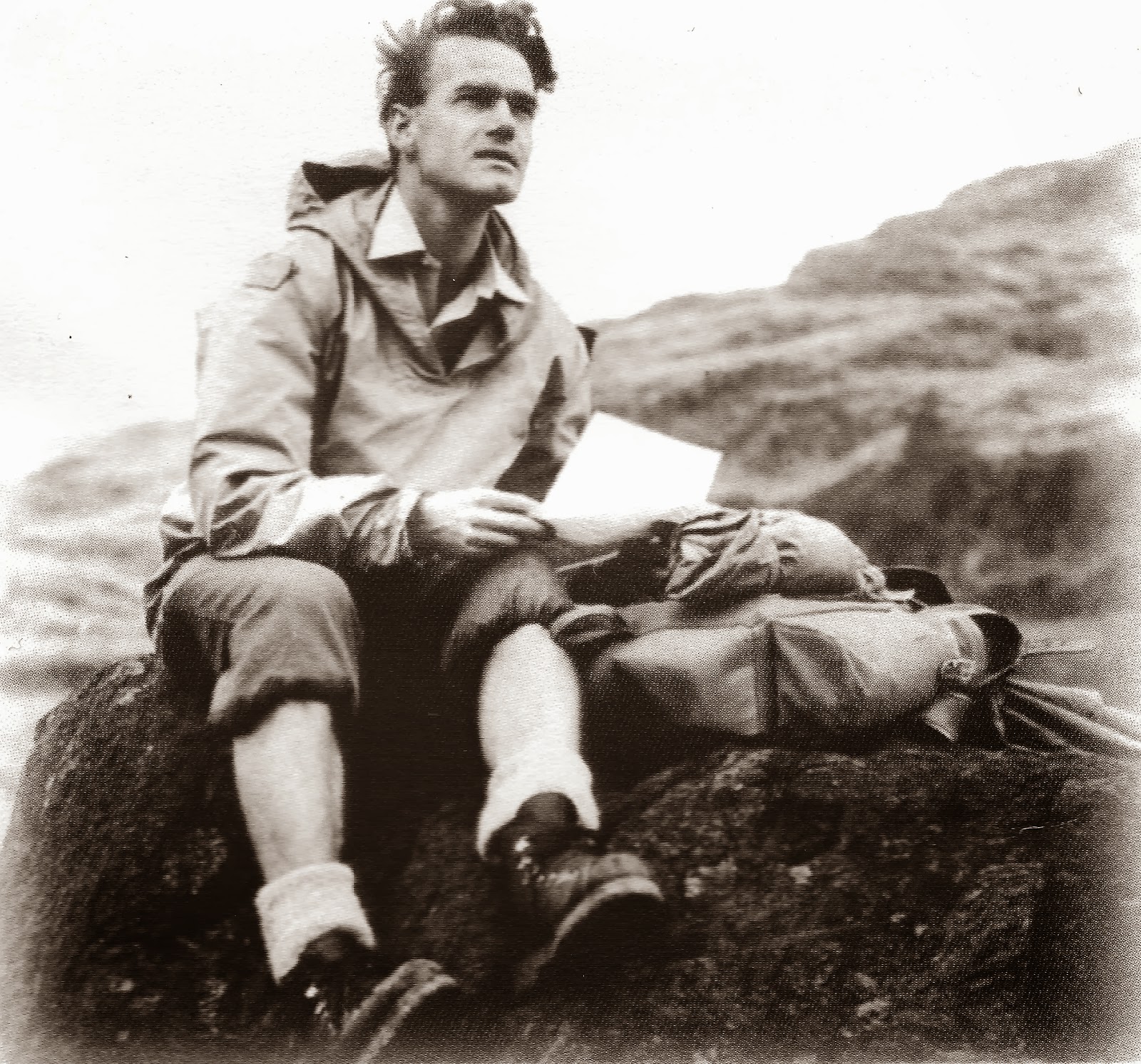 2. The Tent didn't get a testing due to an unforseen injury. I came home earlier than originally planned. My thanks to Tina and Alan for inviting me to stay over.
Posted by AlanR at 5:18 PM

Hi Alan. I remember seeing photos of him in the Dolomites climbing with Paul Ross, though only Ross is credited with the first ascent of 'If ' on Gimmer, 1960 and he used lots of pitons. Maybe they have corrected it in later guides (my guide is the 1967 one) or maybe Ralph freed it later. In any event if he had been my friend I'd be writing to the F&RCC to set the record straight. People like Ralph ought not to be forgotten and I'm sure Paul Ross who is still alive and climbing would agree.

Ralph and Paul climbed together on so many occasions. I don’t have any of the old guide books so i cannot check up. I think IF info actually came from the Fell and Rock club book that i read once in the Old Dungeon Ghyll, so maybe it was amended. I don’t have a copy and i don’t remember which edition it was. I’m sure over the years Ralph would have read it and if anything needed to be done he would have done it or maybe he wasn’t bothered. I had talked about the Alps and the Dolomites with the family on Friday.
Ralph will never be forgotten that’s for sure. There were so many people at the funeral service i don’t know if Paul was there or not. Thanks for your comment Gibson, much appreciated.

Ralph sounds like an absolute legend and the kind of outdoorsman it would have been a pleasure to meet. The church in Seathwaite is a beautiful wee building and a fitting setting by the sounds of it.

Legend is not a term Ralph would have used. He would have just said its all common sense. But common sense has to be earned and learnt. When Ralph spoke about the outdoors, you listened.

A true stalwart of his time.

It sounds that your friend Ralph had a long and good life. I believe the work he did with those children was very valuable and that his outdoorsy life gave him strength to do that work.

But what do I hear - a Duomid? I look forward to hearing more on that subject soon. Hope the injury is not severe!

This post is a testament to your friendship. Sorry for your loss, he sounds like a real mountain man!

Hi Maria, Sadly Ralph had a stroke a few years ago and for a man with mountains in his blood must have been real hardship as he couldn’t get out. He was well looked after by family and friends.

The Duomid i was hoping to test out for the first time was one i bought of Dawn. (Dawns pages blog). It has an Oookworks inner. The weather was dreadful and so it would have been ideal. For some reason my knee was playing up and i decided to rest it rather than probably making it worse by camping out. It’s ok now, fingers crossed.