As per my previous two short posts, readers know we are/were in Bergen Norway. We were fortunate to go as Sheila's mum is still not independent. Fortunate, that we have good neighbours who we can trust and who volunteered to help.
So off we went.

This isn't going to be a post about hiking in Norway, but just a few pointers which i feel could be helpful to anyone heading off that way.

We flew Norwegian Air, cutting a long story short, we could only get flights that had 1 stop on route. Norwegian were fine but the transfers were horrendous. Never again will i do any flying with a transfer with this company. A single A to B flight though would be ok with them.
Our flights were Manchester-Stavanger-Bergen and Bergen-Oslo-Manchester.

Landing in Bergen, we had choices of transport mode to get into town. Taxi, Bus or Light rail.
We chose the bus because it was sat right outside the gate. In hindsight the light rail is cheaper but takes a bit longer. Taxi cost is £40/50, Bus is £12.50 each way and the light rail is £3.90 each way.
(exchange rate at 10NKR to £1.)

I was very impressed with the bus route as it is mostly in a tunnel which goes 90% approx of the whole journey which means that you are never held up by traffic. Very smart idea.
The light rail does a bit of a tour but its worth it for the scenery.

Our hotel was in the Bryggen area, which is right on the harbour and the bus stopped about 100 metres away from it. If you stay at the Raddison then its stops right outside the door. Handy.

After checking in we did the usual get our bearings walk about and sampled our first beer. 2x 400ml of lager, and the cost was £18. Even though we knew what to expect money wise it is still a shock to the system to pay so much for so little.
Over the week we found that beer and wine prices were all around £20 for 2 drinks. We did find a couple of slightly cheaper places. Skippers bar drinks cost us £15 for 2 and the Guinness in the No Stress bar was £7.80 for one. Cocktails varied depending on what you chose.
We found a micro brewery just beside the fish market which did 4 or 5 different beers but again it wasn't cheap at £20 for 2 drinks.

Bergen itself is a lovely town to walk around which we did. We split the town up into two halves so that we didn't repeat the walk. There are plenty of hilly streets so its not long before your legs start to say "hang on i thought we were out for a bimble not a hike".
There's lots of parks, churches, museums, galleries, squares, shopping malls and of course coffee bars. We found the coffee price varied greatly from £2.80 to £6.50.

The harbour/shore line is a pleasant walk with may old warehouses that have been converted into small businesses or accommodation. Unfortunately many cruise ships come into Bergen, i say unfortunately from a purely selfish point of view. That's because as many as five ships came in one day and there are thousands of folk on each ship which means Bergen is swamped. It can be a very pleasant quiet place one minute to the complete opposite the next.

A training sailing ship called the Statraad Lehmkuhl was also in port and it was also here 30 yrs ago, the last time i was here. Its a beautiful ship which we were allowed to go onboard. They do beer tasting trips around the bay as well on long sailing trips to the likes of Orkney.

The Fjord trips on Express boats are good value for money with many trips to suit all pockets. We chose a three hour trip to Mostraumen. The scenery is wonderful and it cost £60 each.

From the centre of town you have two quick ways to gain height. The Cable car and the Funicular.
We went up to Floyen on the Funicular, we didn't have enough time to do the cable car. The Funicular is cheap at £5 and provides fantastic views.
At the top there is the usual tourist cafes and souvenir shops. We noticed the prices were cheaper here than in town. There is also an old hotel with restaurant which has some lovely architecture.

From the top there are many, many ways to head off out on the walking trails. We did a few of the shorter ones which to be honest are good and can pass quite a few hours. You need a decent map to head off further which we didn't have.
Theres a good track to head off down to town when your ready. Again with good views.

The cable car has a good bus service which takes you on a return journey. It leaves from the stop near to the tourist information centre. The TIC is well staffed and a good size. It was well used.

A tour of the Outdoor shops had us jaw dropping with the prices. All very expensive and as a guide a pair of Craghopper shorts which cost £35 in UK was £109 in Bergen. I was particularly interest in a pair of Alfa boots but they are cheaper to buy online in UK than what they are in the country they are made.

We were quite surprised to see so many electric or hybrid cars. The information we found said that Norway was 32% electric now, but we think that could be old data, there seemed to be a lot more and especially Tesla. Diesel was around the £1.40 per litre.
We got chatting to an electric car owner and he said that they were good for commuting to and from work but not for longer distances as in some parts of Norway services were not available.
Sticking to transport, there were many old American cars around and plenty of Harley Davidsons. They met up at the fish market quay and the bikes were stunning.

Norway is trying hard to move to a cash less society so we got some odd glances when we payed cash for everything. Well everything except public loo's, which you needed your card to open the door. The cost was Nkr10, so £1. But then you get the sting in the tail, they charge you for being foreign customer, on your card statement you see it cost £1.93. Best thing to do is wait for someone to come out of the loo. Everybody does this, so unless you are desperate, just hang on in there.

Bergen is exceptionally clean and tidy so when you see litter its a bit of a shock. We found out from a tour guide that the problem lies with Iraqi immigrants mainly, who search all the bins for plastic bottles so they can get the recycling money for them. There is something wrong with the policy, surely if you accept immigrants then they shouldn't have to be searching bins in what is a very rich country.

Anyway i don't want to end on a bad note because this is a tiny aspect in what is a fantastic place to visit.
Here's a few pictures i took. 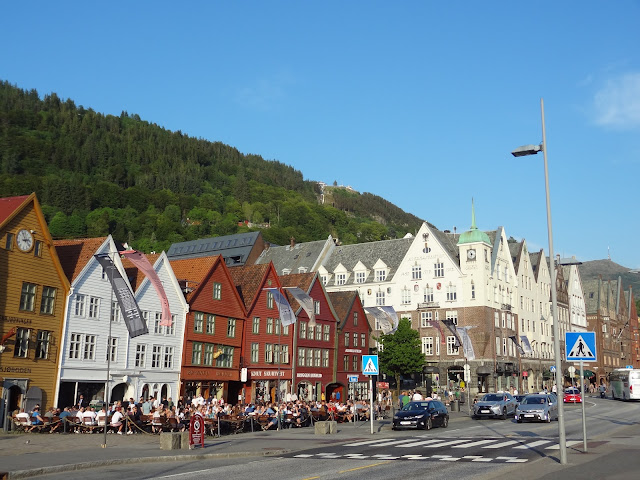 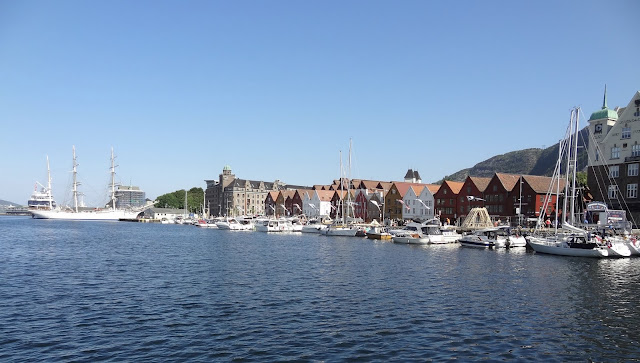 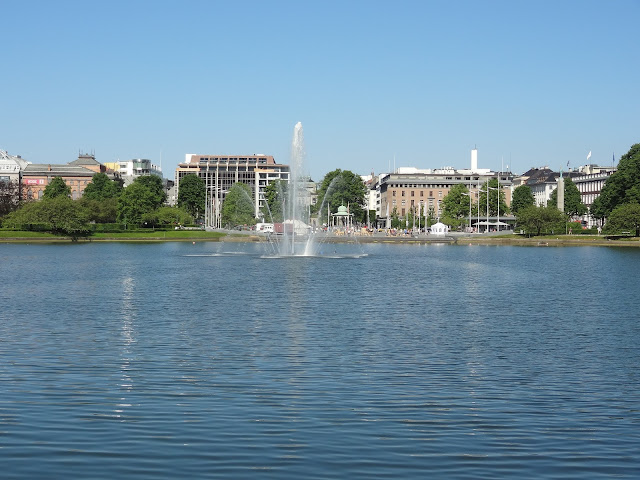 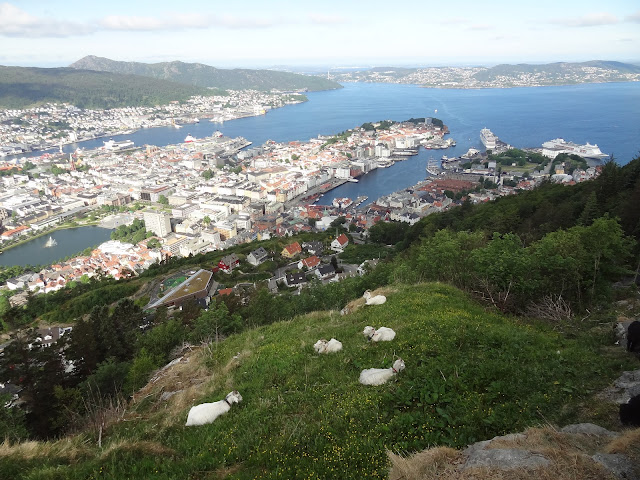 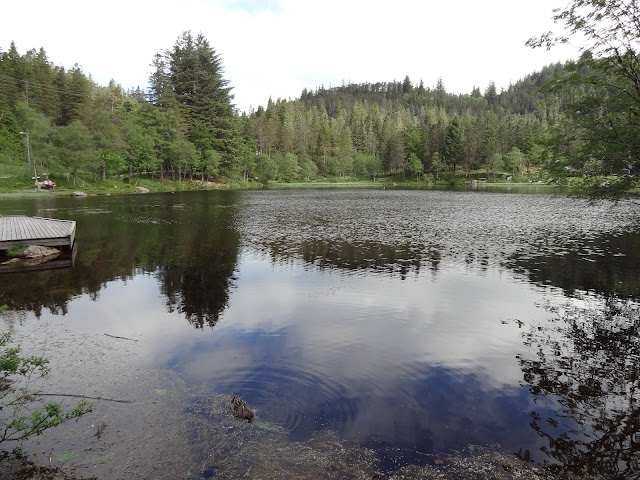 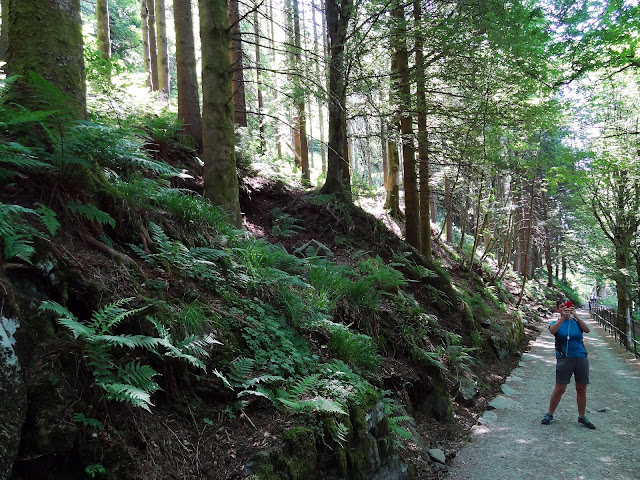 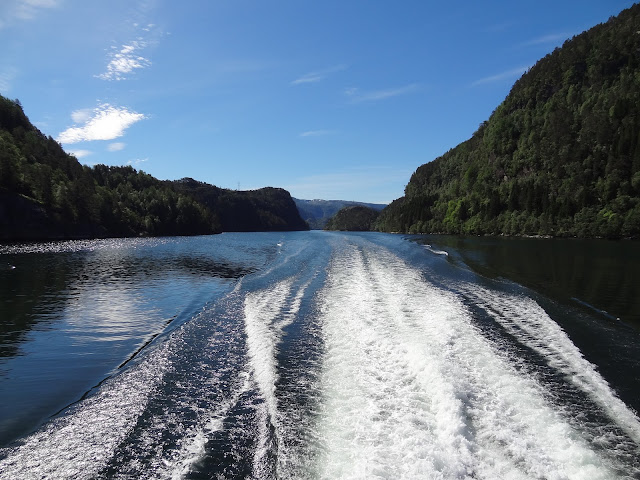 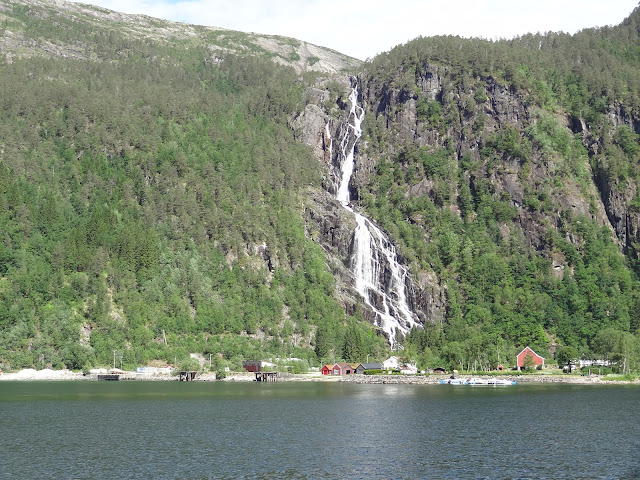 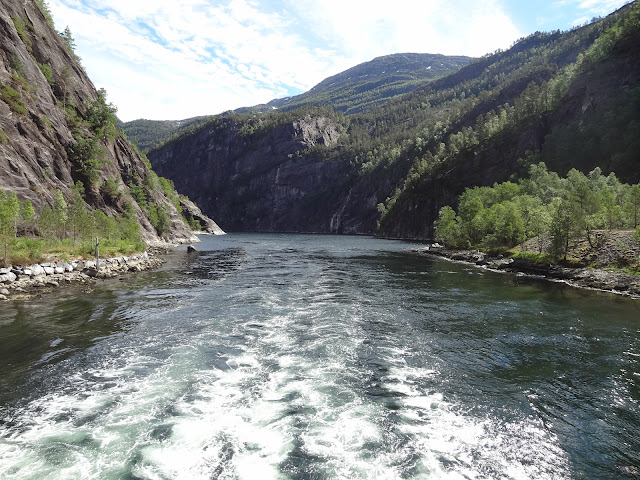 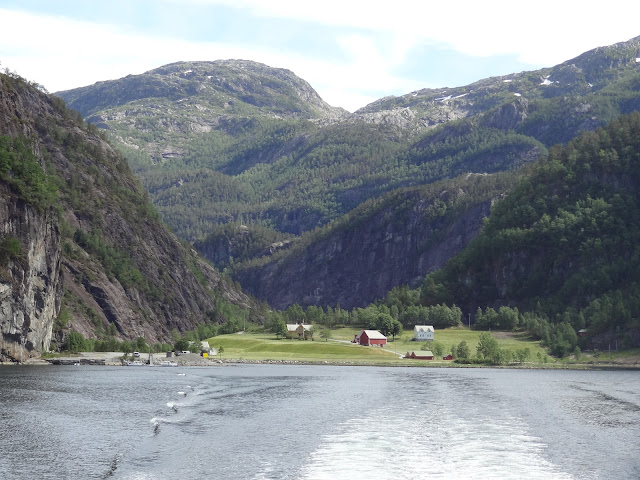 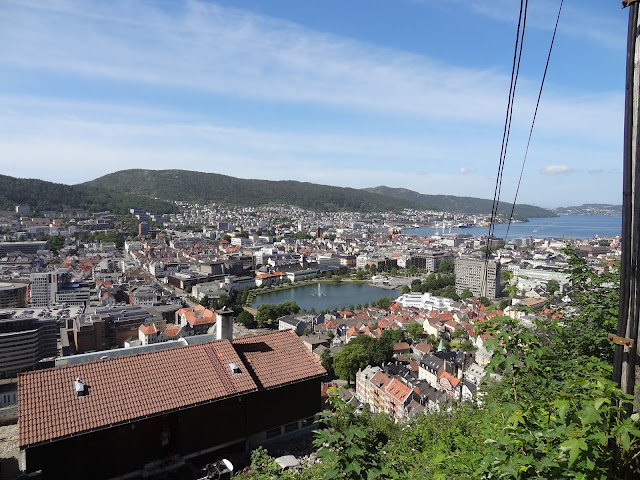 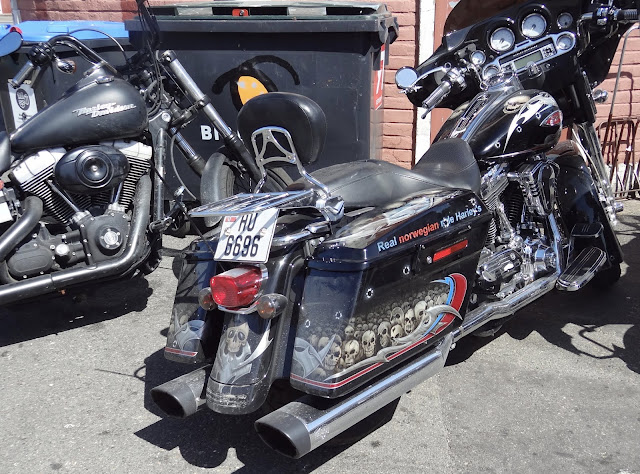 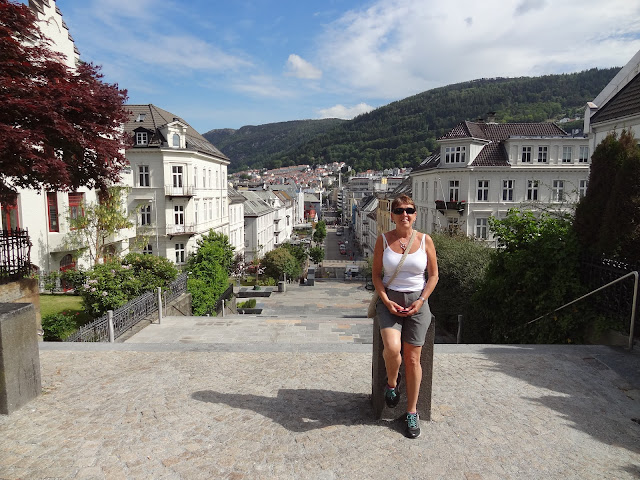 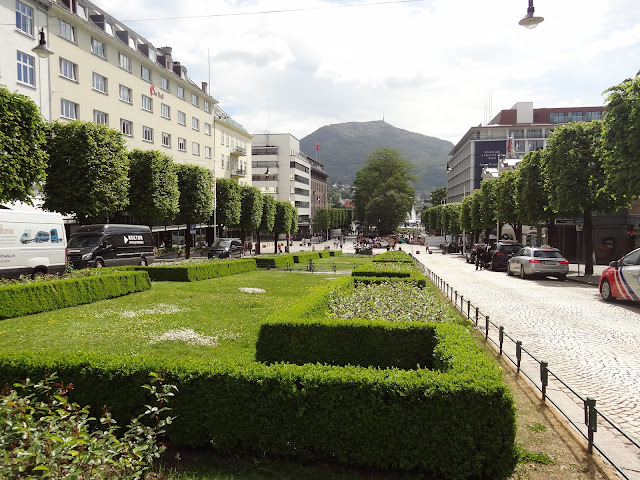 Very interesting. Good to see you and Sheila having a worthwhile break. There are some tractors for you on "Bronte Way 5" on my a blog including a yellow one that looks a bit different.

Hi Conrad,
Thanks, it was a good break which we badly needed. I did read your Bronte 5 while i was on the train but didnt comment until i had time to re-read it properly. Im way behind with my reading and there is so much to read, like the Challenge etc. I will catch up soon.

Good to see you both having a break. Norway has always been a place I wanted to visit but the high prices have constantly deterred me. Your photos certainly give a flavour of a beautiful country.

The thing is, when you know its expensive you budget accordingly, there are lots of budget hotels and hostels as well as the more expensive hotels. Local buses are reasonable and seem to go quite far. Its worth a visit but check on events weeks if its Bergen you would fancy as it can get busy.