Standing in the garden, listening to the birdsong, watching the steam rise from my coffee. Not something i don’t do everyday but today was a calm, dry, post frost morning. The birds were busy leapfrogging from one garden to another picking the best offerings from the feeders and bird tables.
The usual culprits were on hand. Magpies acting like delinquents. Blue and Great Tits flitting from bush to bush. A lone crow standing on guard like he/she does every day.
Then a big commotion as the Magpies grouped together to harass a lone Jay that had decided the peanuts on the bird table would supplement his diet. I see the Jay occasionally, due mainly because of the racket the Magpies make when he is around. Only rarely does he come down to the garden.

I went indoors for the binoculars and my camera and i just managed a shot of him before he left. Jays don’t stay in one place very long. They always seem nervous. So i was lucky. 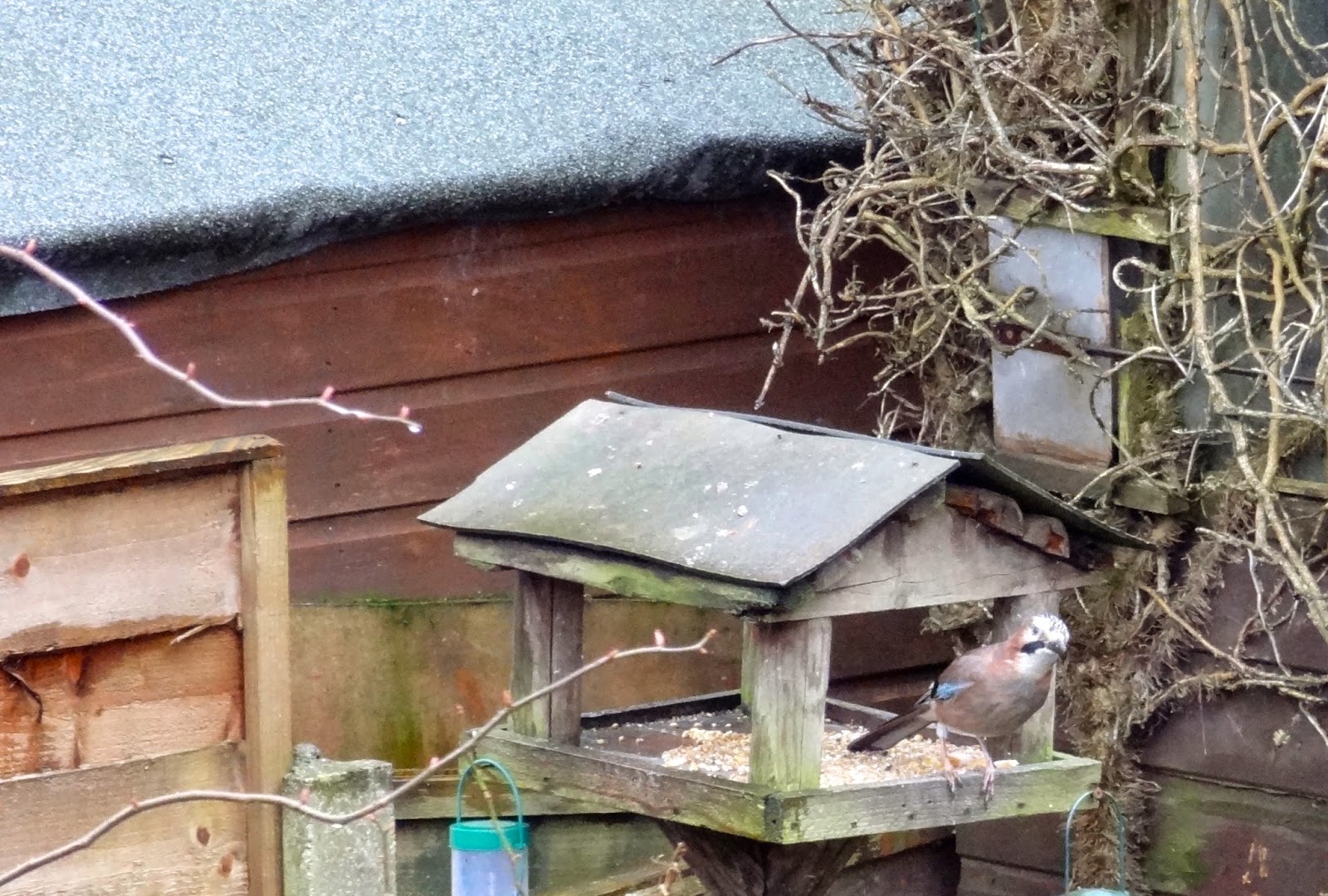 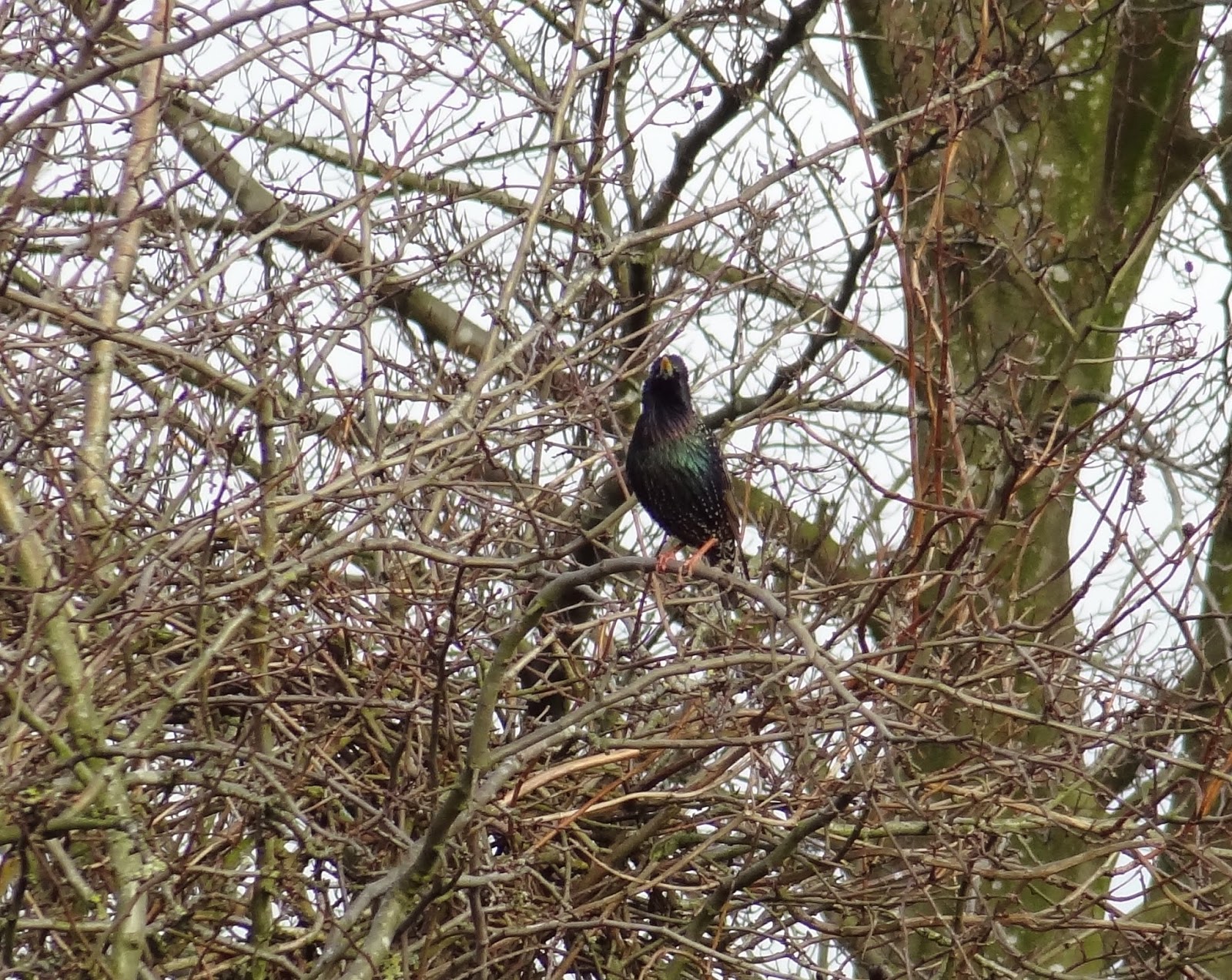 A fine Starling
As a rule i wouldn’t take a photo of a Starling, although i think they are underrated but they are common. They are intelligent and sometimes they can be very colourful as this one was.
I watched him for a few minutes and listened to the almost copy cat sounds he was making of a telephone. Then with the binoc’s i spotted a Long Tailed Tit. (2 images below). Again not a common visitor to the garden. I see them when i am doing our local walk so i knew they were in the area. 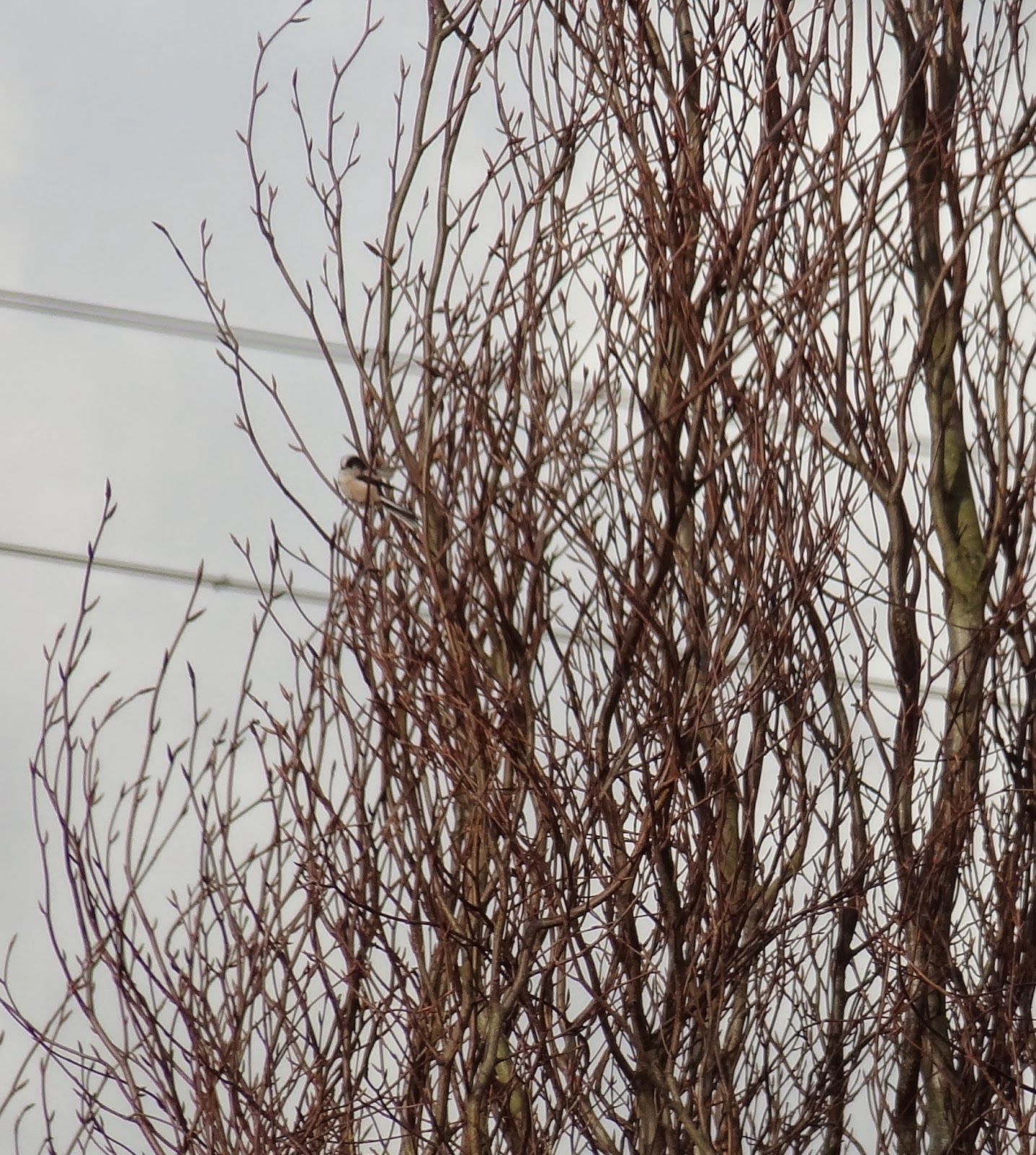 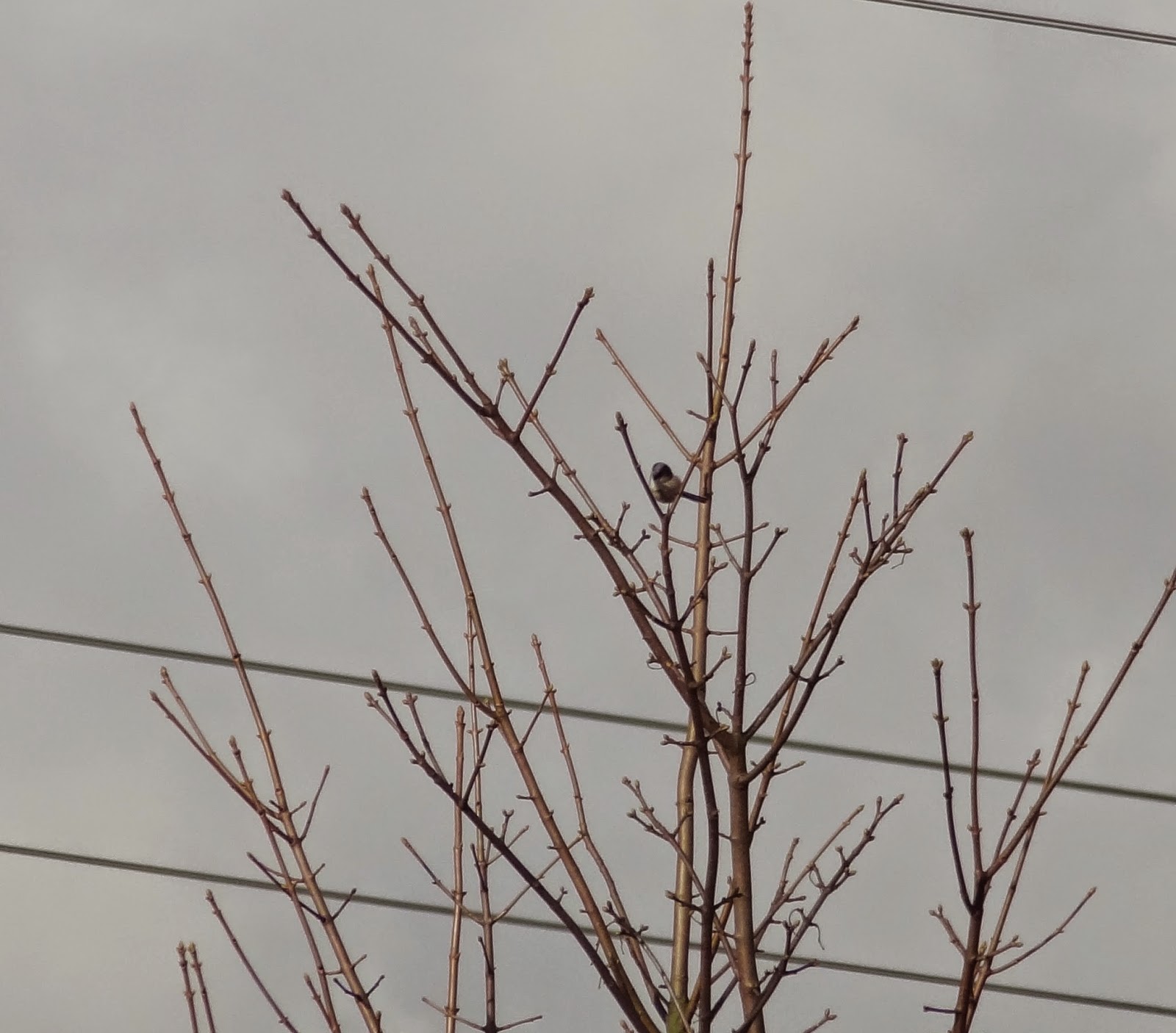 Another regular visitor to the garden trees is the Greater Spotted Woodpecker. He very rarely comes down into the garden but tends to strip the bark from the branches high up. He then drops like a stone to the floor to pick something up before flying off with that undulating grace and shrill call. 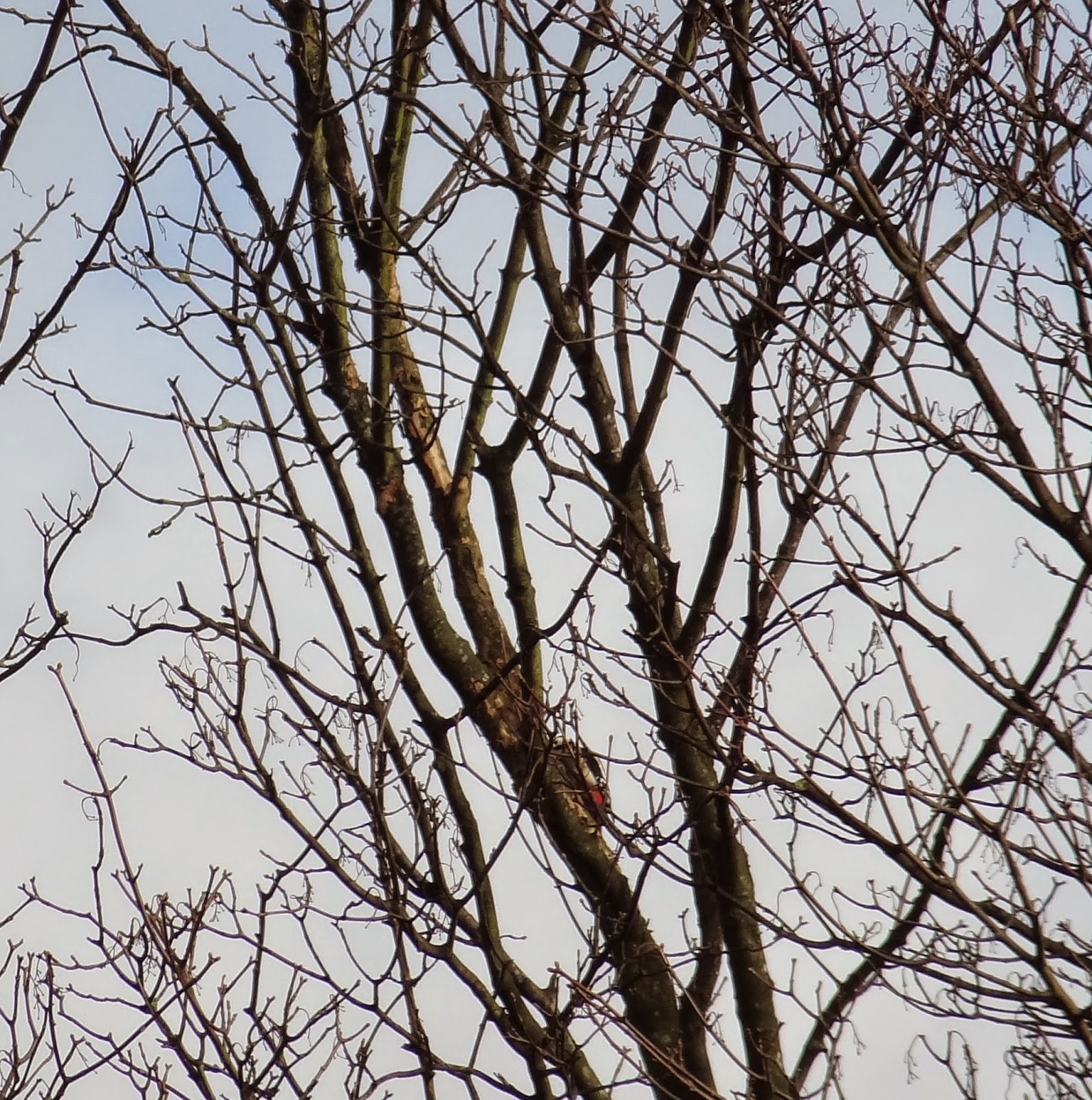 You can just see him and his red underside. I will try and get a better shot soon.

Yesterday was a good day, i visited Silverdale with the LDWA (plodders section). We did 19.6km, led by Martin Banfield. Its a stunning area with lots of history. I will try and get the post written up asap.
Sorry Conrad couldn’t make it, it would have been great to catch up.

That is really lovely Alan.. Usually I regularly fill a bird feeder for the birds. However, pigeons have become a major problem, they empty a feeder within hours of it being filled. Glad to see you are starting to get out and about again as well, well done

Sorry to have missed the walk but I had to go and get my eyes seen to. Fortunately there proved to be nothing seriously wrong so a big sigh of relief.

Your bird pics are great, but it looks like you need more zoom, but then a tripod, and then.... ...things can soon get out of hand.

Thanks Dawn. We do get the odd Woody and a few collared doves. But thankfully no plague of pigeons.

It was a very nice walk Conrad. You are lucky to live in such a beautiful area. Glad to hear the eyes are ok.
This group of bird pics are just a little off shoot from the blog. I am not a bird photographer as you can tell and i cannot go down the route of upgrading equipment. It is nice to watch them for a little while and i have been surprised at the variety. I hope to see a few more.