A bit of a memory jogger in Glen Cannich.

We were leaving Cannich post breakfast in the Bog Cotton Cafe but after chatting with a local who lived near Loch Mullardoch Sheila talked me into driving down Glen Cannich to have a look at what the lady had described as wonderful and usually a calm (weather wise) glen.

In 2014 JJ and I walked over the top from Glen Strathfarrer and down the Liatrie Burn to Glen Cannich during the TGO Challenge, so it was a memory jogger for me to return and be able to see what we couldn't see due to the low cloud and persisting rain on that day.

I was quite amazed at just how long it took me to drive to Liatrie and even more surprised that i didn't recall it being so long walking it in 2014.
However things are now very different at Liatrie. I remember a peaceful glen with just the infrequent passing car on the single track road. Now there were huge excavators, massive dump trucks and a road up the Liatrie burn.
A large work shop had been built and it didn't look temporary either. What was once a green and pleasant land now had turned industrial. 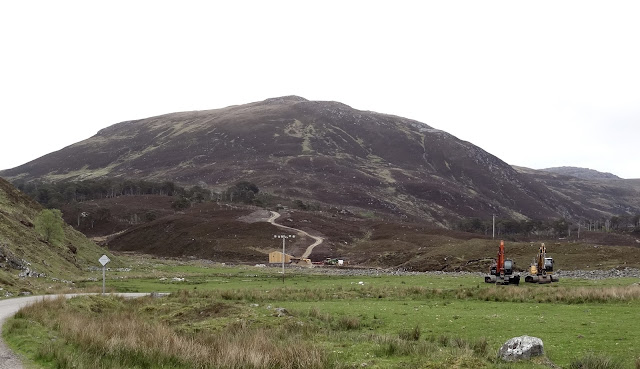 Passing Liatrie i spotted what i thought was a Peregrine Falcon sat on the telegraph wires and so i pulled over to get the camera. It was being dive bombed by Mr and Mrs Meadow Pipet. Only when it took flight i realised it was a Cuckoo. We could hear Cuckoo's all along the glen but it is very unusual to see one close up.The Pipet's were certainly giving her short shrift. 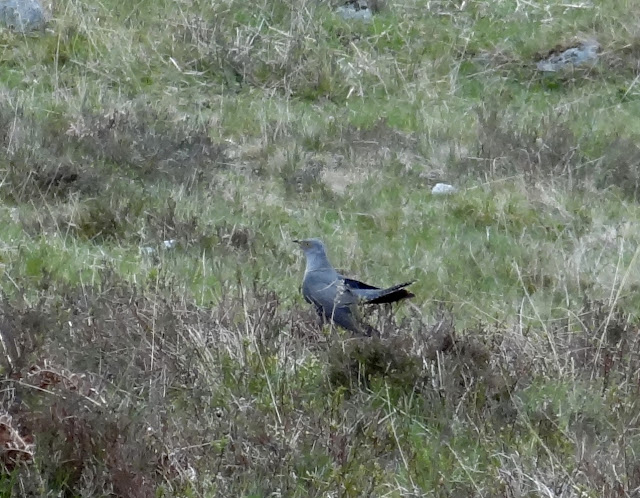 At the Dam across Loch Mullardoch, the north side was again taken over by industrial machines and machines were moving along the track to Allt Tiage where another hydro scheme was being built.
We didn't hang around but drove across to the south side of the dam and parked up. It was blowing a hoolie and bitterly cold. Just the opposite of the reason why we had driven down here. 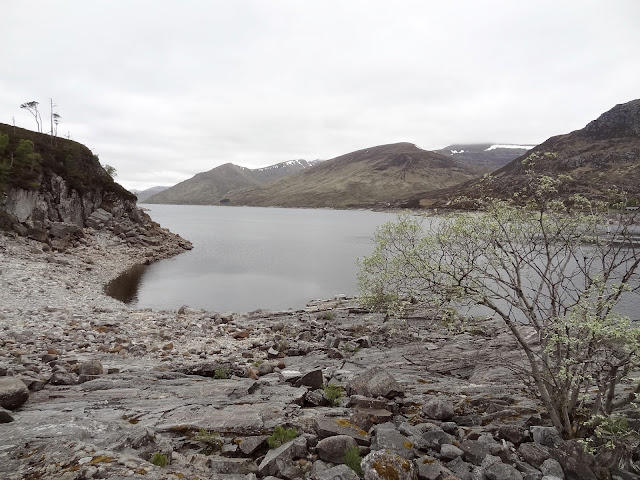 Looking down Loch Mullardoch east to west you cannot feel the cold or the
strong wind that was battering us taking this image. 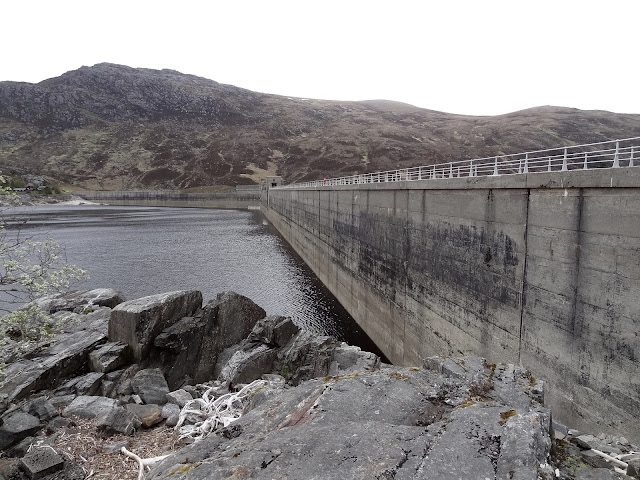 Looking across the dam south to north.
It was so cold and blowy that we only spent a few minutes here, preferring the warmth of the car. The good thing was that just as we set off back down the glen we spotted deer at the side of Loch a Bhana. They didn't scarper as most deer do when close to humans. In fact they were not in the least bothered as i approached them to get these photo's. 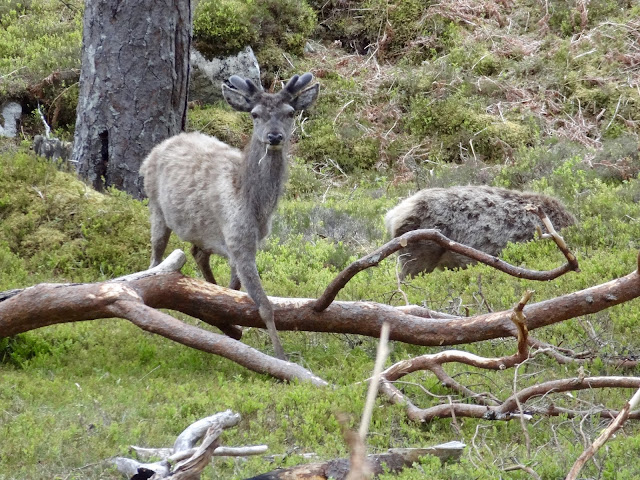 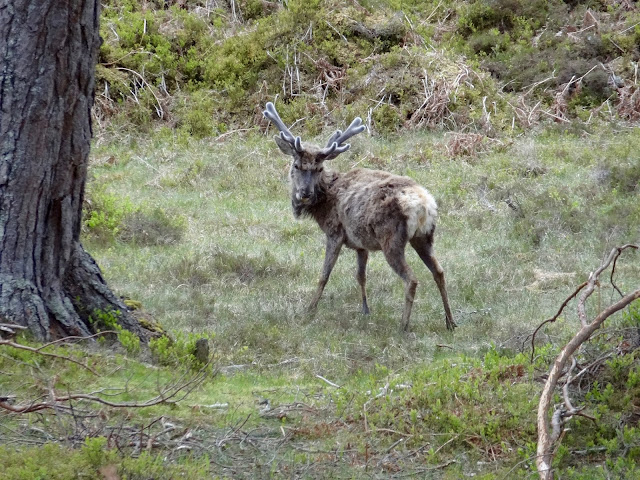 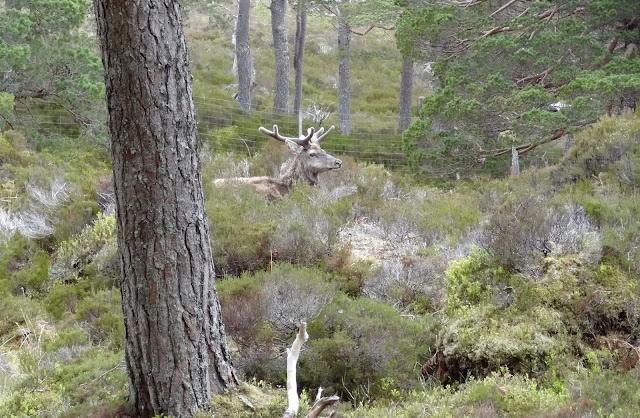 It made the drive down to Loch Mullardoch worthwhile but we had to now get going, our next camp site was in Braemar.

What a damned shame that the area's being butchered so. I'd like to have seen it in half-decent weather though - that's twice I've been over that way in crap weather!

The building looks like the housing for the water turbines, Al.
There are very similar structures all along the north shore of Loch Quoich.
Loch Quoich TGOC 2014

Hopefully because its hydro they can rework the damaged land and result in minimal impact. But obviously the shed, parking and road will remain.

Cheers Al. I will check it out.

That is awful, the area used to be so lovely. You have some cracking photos there Alan.

Progress Thats what it is.

I walked from Strathfarrer over the Laitrie burn on a beautiful day in 2014. I'm so glad I did before this development. These hydro schemes are not as visually intrusive as wind turbines but the infrastructure removes all sense of remoteness from the landscape.

I agree with you Ian.