A walk around Plodda falls.

A good, quiet nights sleep apart from the folk who arrived at 10.30pm and pitched about 30ft away from us. To be fair, they pitched as quietly as possible so i am not complaining other than the fact that they woke us up.
We were waiting for the cafe to open, so brewed up on what was another glorious morning. The crew that arrived late had already packed up and were about to leave.

Once Sheila in the cafe had fed us and had us laughing with her bubbly chat we set of for Plodda.
The road to Tomich from the A831 was closed so we had to use the Affric road adjacent to the Power Station.

The drive up to Plodda car park is a little challenging if you don't have a 4 x 4 vehicle,  so care and low speed is required. Tomich is a very nice and obviously well off Hamlet. The home of the first bred Golden Retriever, as the plaque commemorates.

There is also a grand water trough (or memorial fountain) for Lord and Lady Tweedmouth who owned the Guisachan Estate. 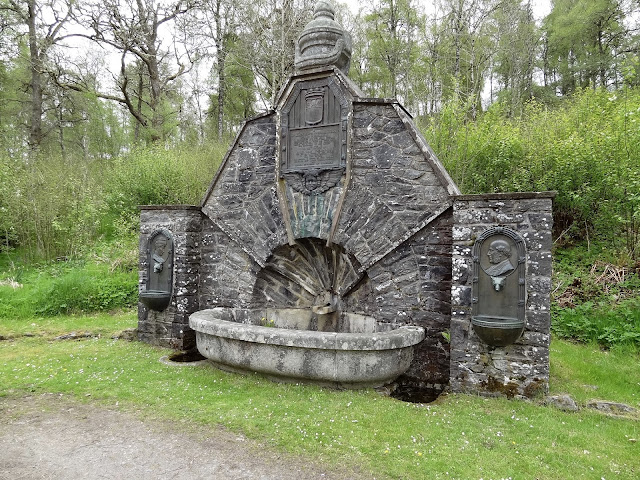 The landowner has applied to build 6 turbines near the Tweedmouth Memorial on Beinn Mhor, 1800 metres to the south of the village. This would obviously spoil what has to be one of the most lovely areas in Scotland. To consider putting turbines up here is going to be a tough decision, but i suppose the argument will be that there is already electricity pylons here so why not turbines as well. 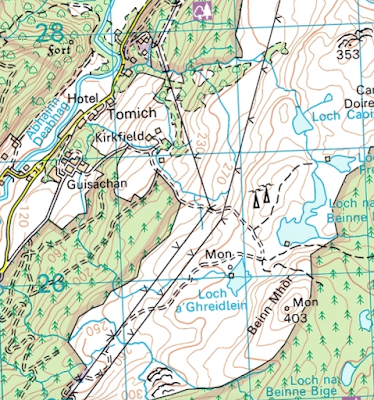 Beinn Mhor, the proposed site for 6 turbines.
Plodda falls lies on the track which eventually leads to Cougie, a place that will be well known to Challengers. However i bet many folk have walked passed the falls without paying an awful lot of attention to it because of having to be elsewhere.
So this is what its like.
Just a short walk down from the Cougie track there is a viewing platform which is right above the fall. You do get a sense of vertigo when you look over. (Well i did anyway). 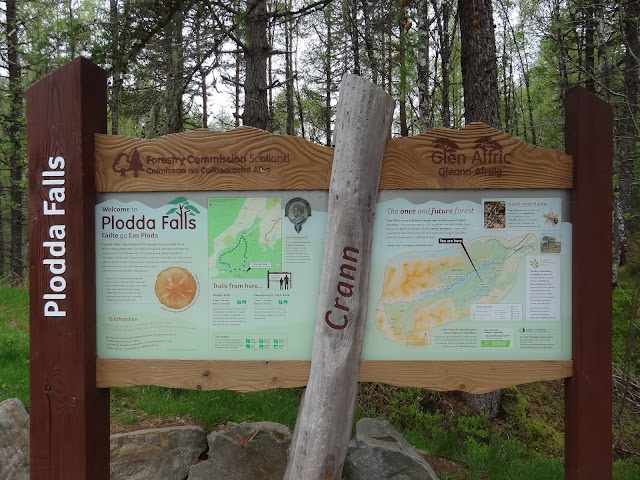 There are 2 trails leading from here, the short falls walk which is only 20 minutes plus whatever time you spend admiring the view or the Tweedmouth trail which takes about an hour with stops. 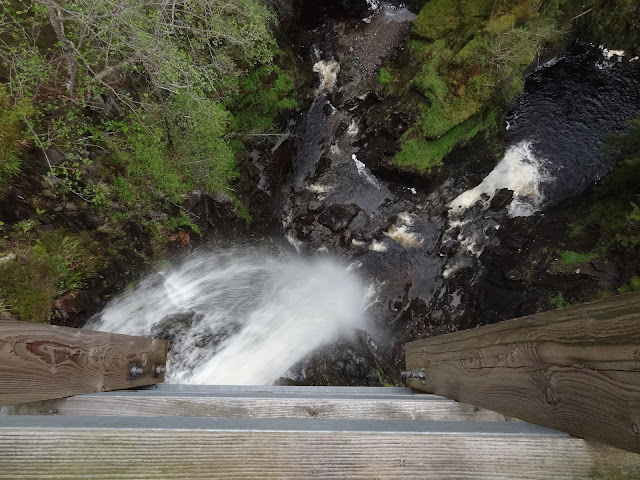 The photo doesn't convey the depth of the drop. 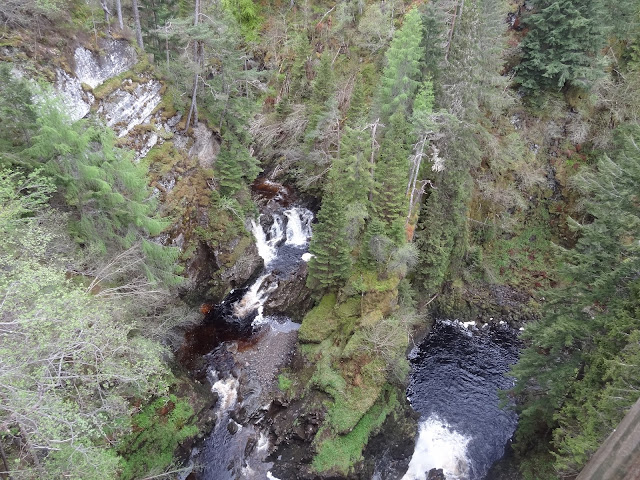 The track descends to the base of the fall where viewing is safest on the left bank. The right bank shows where a rusty fence remains in pieces. I guess this was from Victorian days and over time it has been washed away. 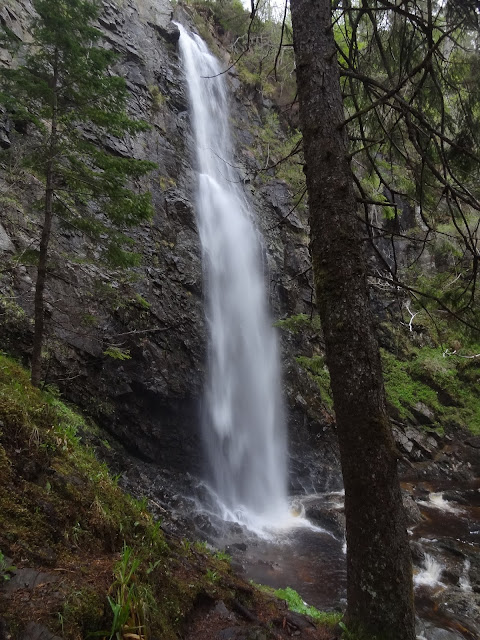 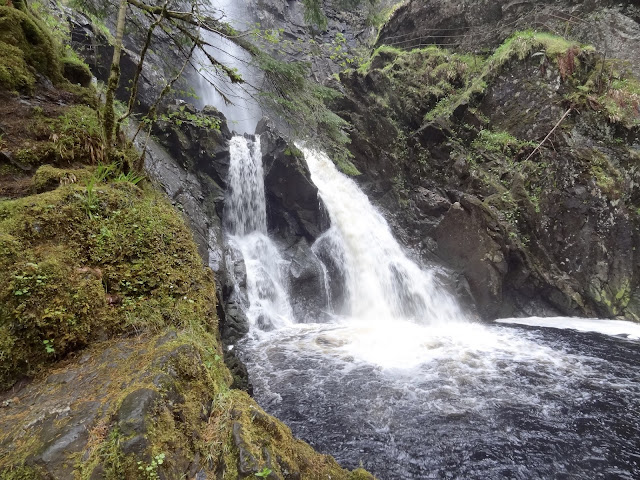 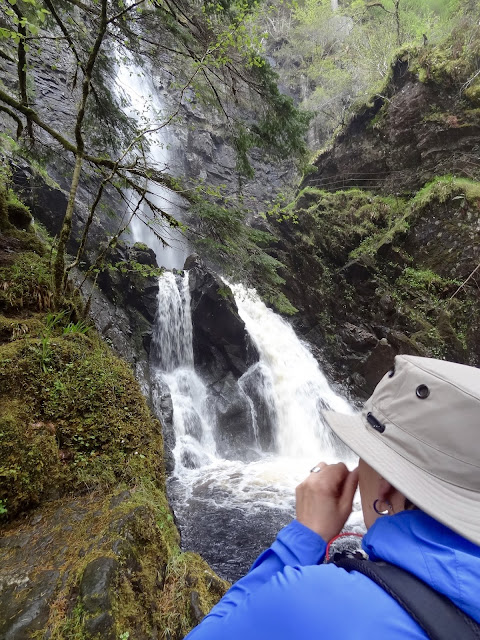 The old fence visible above Sheila. 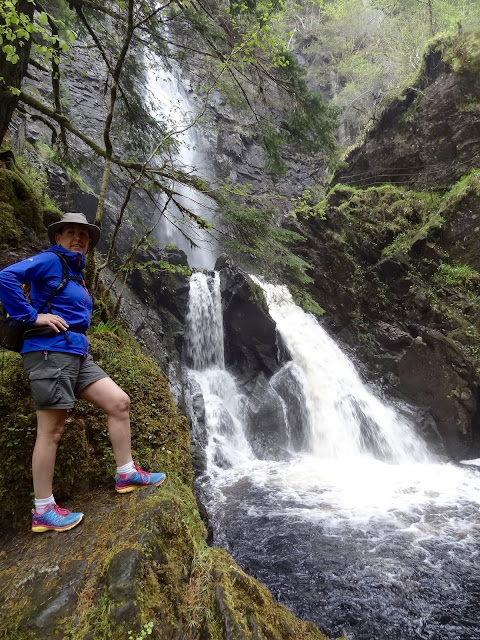 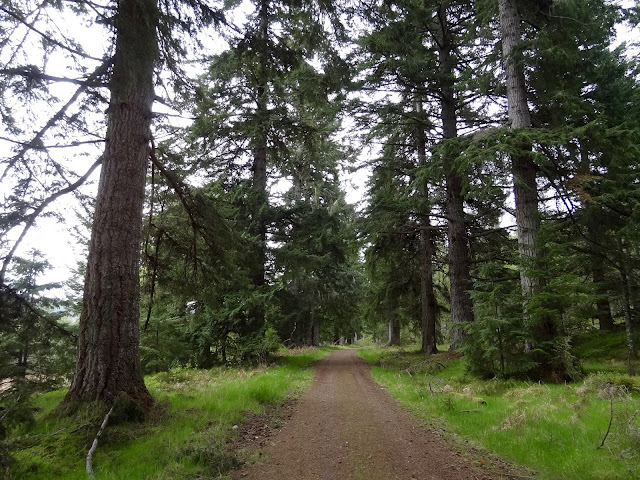 Track through some large redwooods that leads to Guisachan House. 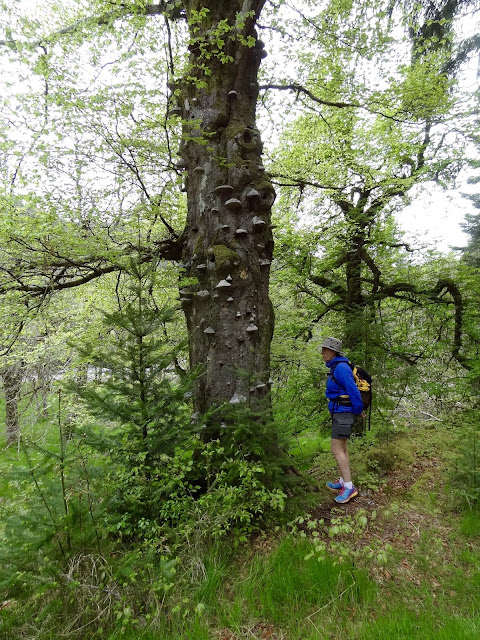 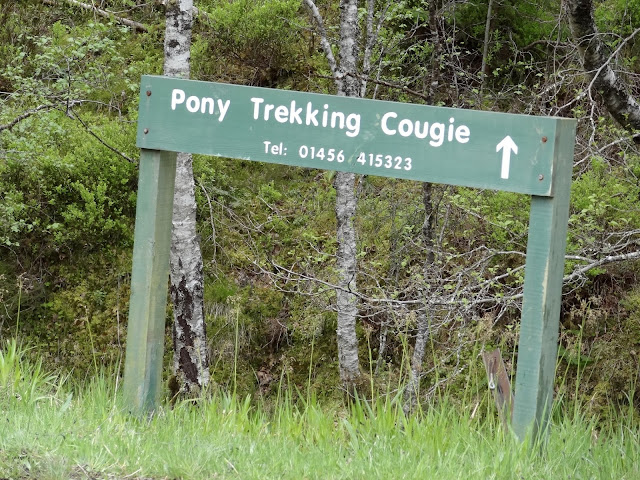 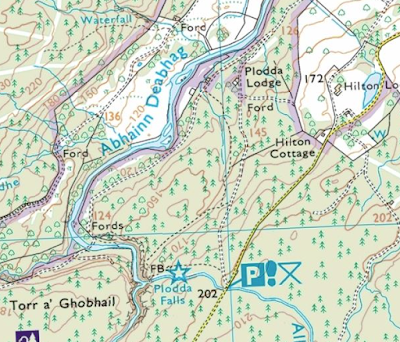 There are paths all around this area so walks can be extended to what ever length you want.
We are off to Dog Falls and a Viewpoint.
Posted by AlanR at 9:13 AM

Excellent photos, I think you must have pressed the wow factor button!

All good stuff. Brightening up my breakfast this morning.