A Thornham Round trip

This weekends forecast was for sunny weather. We had a plan to get the shopping done quickly and then spend the time sorting out the garden after the winter deaths and mowing the jungle of a lawn for the first time.
Many good plants didn’t survive the cold spell and  we needed to cheer the place up.
As with the majority of people we had also collected lots of rubbish over the months and that needed to go to the tip. 4 trips later and lots of sorting for re-cycling we had cleared the junk.

When we got to the point of being able to see daylight it was decided that we should do a bit of a walk whilst we had the sun and clear skies. Time was short so a tour of the Thornham/Chadderton area was easy for us.

Setting off, the route follows a good but rough lane across the A627M road and past the Tandle Hill Tavern, which although open we walked on. 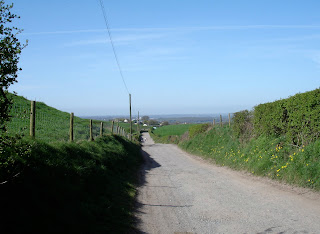 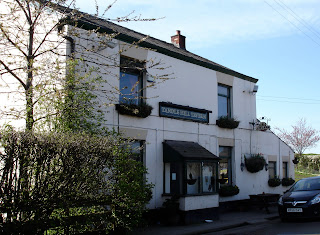 The Tandle Hill Tavern
Crossing the watershed we turned left and into Tandle Country park. The views, all 360 degrees were superb.
The needle monument was in view but we wouldn’t be getting any closer for now as we veered off south following the tree line until it joins Tandle Hill road.
Here there were many cars whose owners were out exercising the dogs and the children on the play areas or buying snacks from the cafe.
The cafe is very good but only open weekends and bank holidays. 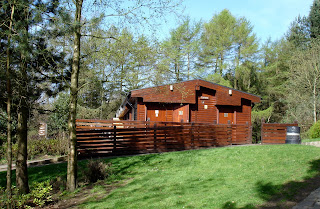 The Cafe in Tandle Hill Country Park.
The parks authority which is Oldham are doing plenty of good work here and have opened up some new paths. 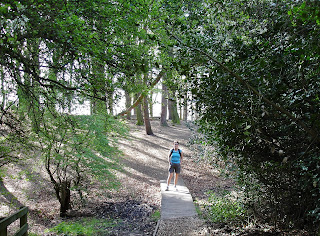 We followed the path along the parks southern boundary until it meets the farm track at Oozewood road where we turned north west and headed up to the needle monument. 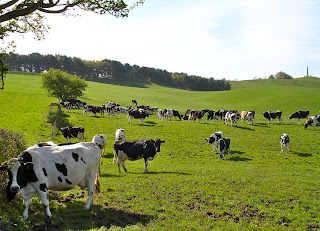 View across to the War Memorial. (Centre right).
The path doesn’t go through this field of cows so no worries if you are a bit feared of them.
Plenty of people were at the view point today so we didn’t linger for very long but it was so clear. Jodrell Bank telescope was seen on the horizon in the south. Holcombe Tower to the North and Winter Hill, Blackstone Edge, all clear as a bell.
The path up to the monument gets the lungs opened up and the heart beating a little faster. The path off the hill being just as steep. 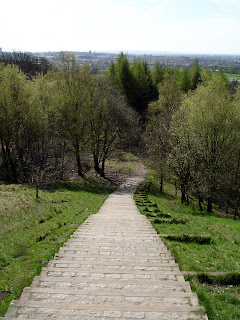 Path down from the Monument
The path leads shortly back to the Oozewood road and on through Tonge Farm. Once through the farm which is mainly a stabling place for horses we took a left heading towards Chadderton. First we passed Cinder Hill farm where there are a number of calves and pig sty’s to look at. 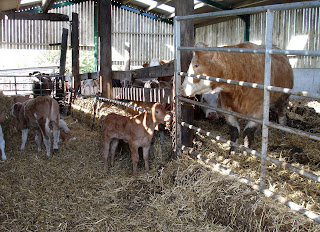 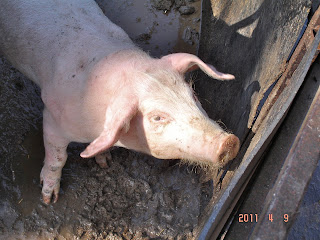 At the bottom of the track you join Cinder Hill Lane where we turned right and crossed the A627M again, leading us to some beautiful houses at Chadderton Heights, Healds Green and Chadderton Fold. 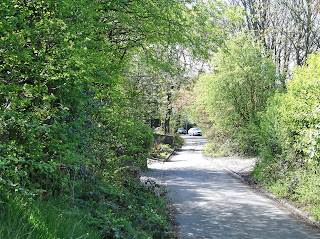 Approaching Healds Green Village.
Crossing the River Irk we walked on the south bank through Chadderton Park which was a delight. The flowers in bloom and the birds singing was idyllic. There is some exercise equipment located in the park that Sheila just had to have a go on. I sat and watched, it was just too hot.
Sorry no pictures of the fitness attempts i am under orders. The River Irk in Chadderton Park.
Following the river until it passes under the Rochdale canal we left the river here and continued along the canal bank northwards. 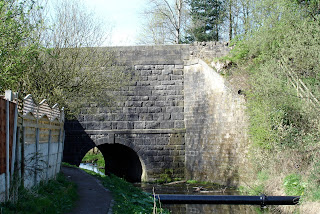 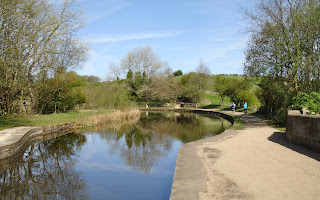 The canal crossing the viaduct
The Rochdale canal was the first canal to cross the Pennines from Lancashire to Yorkshire. It was completed in 1804.
It runs from Sowerby Bridge to Manchester’s Castlefield basin, a distance of 32 miles and 91 locks.
The last loaded barge that travelled the whole length was in September 1937. The canal fell into a bad state following years of neglect. It was re-opened after 30 yrs of campaigning and £50 million pounds in 2002.
In 1927 a great storm caused the canal to burst it’s banks at the aqueduct, sending the water into the already swollen River Irk. The culvert was blocked with debris and a large lake formed as a result.
The fences you can see at the side of the aqueduct are from new houses built on the site of McDougalls chemical works. During the second world war it manufactured the secret AL63 powder that kept allied forces free from Typhus. 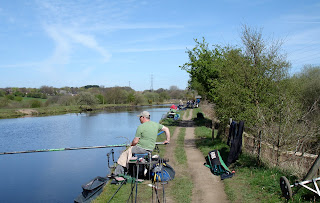 Fishing Match on the Boarshaw stretch.
The towpath goes under the Manchester/ Rochdale rail line and the bridge itself is a wonder with the whole arch being made of std brick before returning to the start at Slattocks. 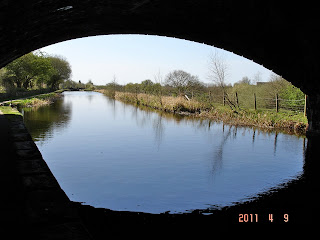 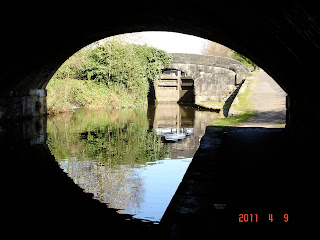 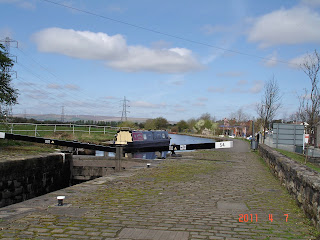 Slattocks lock 54. The start and finish.
Below is a selection of the flora seen on route. 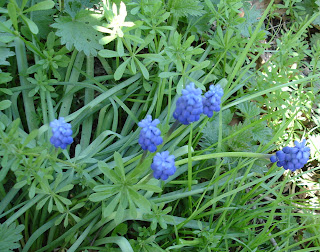 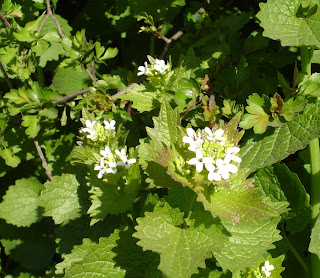 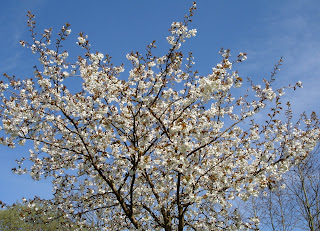 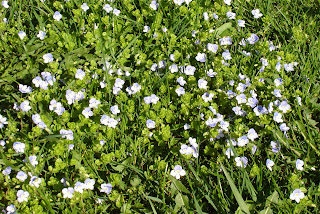 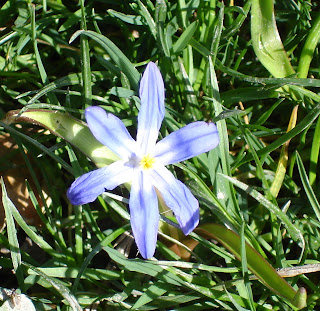 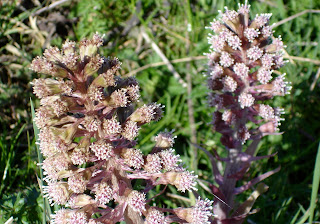 Butterbur
The route is 11.5km and can be found below. 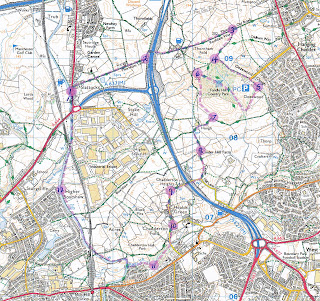 Lots more pics can be viewed Here if you have the time or the inclination to browse.
Posted by AlanR at 2:51 PM

Nice stuff Alan. I drive along the A627M at least once a week and although I have noticed the nice bit of greenery at the side of the road I never knew it was that good.

clicking through the photo's first then the map the two don't seem to tally the map sugests built up industrial the photo's country side ? thanks for posting cheers Danny

I remember walking through some fields of cows in the Austrian Alps, and although I generally find cows nice animals, I surely stayed quite alert while crossing the field. But that was the way the path (and markings!) led, so surely the cows were quite used to tresspassers.

Hi Karl,
Both Tandle Hill Country park and Chadderton Park are very nice and especially so on a nice blue sky day.They are easy enough to link staying within rural land. If you get the chance during the summer, stop off for an hour. It’s my backyard so to speak so i am here a lot.

Danny,
There is quite a large industrial estate but it is not intrusive from this walk apart from one area where it runs adjacent to the canal. I obviously didn’t take any photo’s of it.
The walk links 2 areas of very nice parkland and It isn’t what i would class as built up in the suburban sprawl kind of way. There are a couple of small Hamlet size areas to walk through which are a delight in themselves as some of the houses are gorgeous. I would have took some pictures of them but i find it cheeky standing outside peoples property taking photo’s without permission.
Thanks for looking at the photo’s i hope they didn’t bore you too much.

Hi Maria,
Cows are funny creatures and very inquisitive. Some people won’t go into a field with them at any price. Heifers can be quite scary because they like to run towards you.
Generally the thing to do is to shout and wave your arms about if they approach you, just like a farmer would do.
Dogs, even ones on a lead can be a problem sometimes though.
Glad you like the pictures.

Excellent, Alan. It is Butterbur BTW, nice pics of it - it has gone past its best in sunny Cheshire!

Thanks Martin.
Any clues to the other 2 plants unnamed? The blue star shaped one and the one like the strawberry flower.
They are not in my little flower book.

Found your blog Alan will post a link on mine. Going to peruse your photos now.

Greg,
Thanks for dropping in. Hope you find something of interest. Cheers