Its a bit nippy

We had a good night in Gosforth Hall last night. So it was a bit surprising that when i awoke this morning i was full of enthusiasm to get out. Checking the watch it was 6.45am and the sun was pouring in through the windows louvered blinds.

Sheila was awake as usual being an early bird.

We decided we should go for a run as we had other things to do today which would take up most of the time. So at 7.10am we were out and running into Bleng forest. There was a bit of a chill breeze and as i had only brought a mesh running vest i was decidedly cool. Sheila said i had to slow down because i was going to fast but basically the pace was just to get warm.

I love running or walking in Bleng forest as unusually for a man made plantation there is still plenty of light and lots of bird song. Being out early was producing some great sounds and quite a few Linnets could be seen and heard along with Robins and Blackbirds a plenty.

The sun was still quite low in the sky and in the places where it hadn't yet reached there was a covering of frost. As we approached the river i spotted something dart into the grass and a splash in the water, i presumed it was a vole but i didn't spot what ever it was. Then overhead a sparrow hawk flew through the trees. 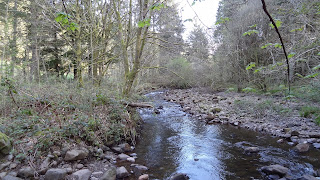 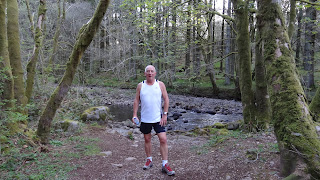 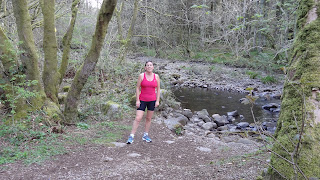 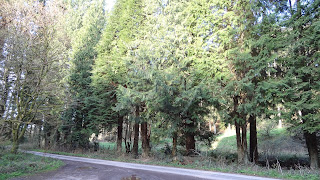 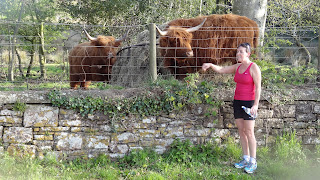 On our way back a new load of sillage had been delivered and the highland cattle were tucking in until Sheila engaged them in conversation.
Right lets get off back for a full English breccy now.
A good start to the day which was warming up nicely. Muscles stiffening up as i type!

It didn't get much warmer by the way and it's a bit nippy in the shade.
Posted by AlanR at 4:45 PM

Looks a good place fro a run and well done to you both for being so motivated!

It was very nice. Thanks Gibson.