A bit of deja view!

Last weekend we took Dorothy up onto Marsden Moor and i cut short the planned  route because i thought it might be a bit much for her. Anyway, during the week she said she enjoyed being up there and would like to do some more. So strike while the iron is hot, as the saying goes.

Sunday's forecast was decent so it was a bit of a surprise when we looked out first thing to see basically nothing. The fog was thick, i could only just make out the car across the road.
There was some dissenting from the ranks but with a little persuasion we left home. I basically said that if we get to the car park and it's still really bad we will go and do something else.

Upon arrival at the car park (SE 01762 09471), it was still quite thick with fog but the sun although weak, was starting to have an effect on burning it off. I had a walk around and made the decision that we would set off. 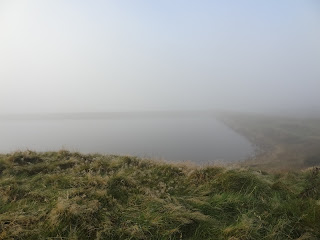 4.5 degreesC was the temperature but it felt warmer than that. The dew on the high grass and on the many cobwebs covering the heather were sparkling and looked jewel like. The silence was deafening, quite earily in fact. 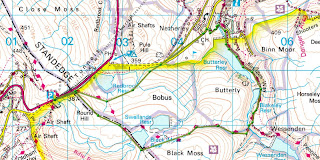 Our Route. 10.3km
The map shows a footpath following the boundary line between the A62 road and Black Moss reservoir. I looked for a stile but didn't see one. Then i noticed a fence post that could be removed to allow access for the farmers quad bike. We went through and replaced the post. 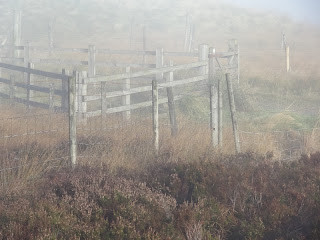 Within 100yds we turned back. It was a quagmire. Approaching the fence a dark shadow seemed to drift past in the mist. It was a lady and her dog. Again carefully replacing the fence post we set off along the Standedge trail until the Pennine Way path comes in from the right. The PW trail here is well made and progress easy considering the moorland on either side. 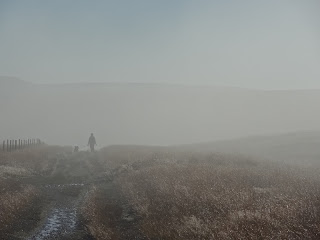 Then in amazement the mist cleared as fast as switching on a light. Increadably, everything around, the moorland, the hills, the farms along with people became clear. Stunningly clear. 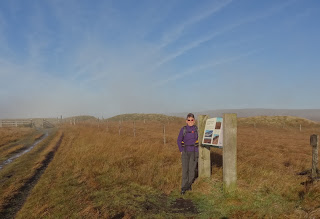 The grass was high along the track and it didn't take long to feel the effect of the dew through the trousers. But it was warm enough not to worry. 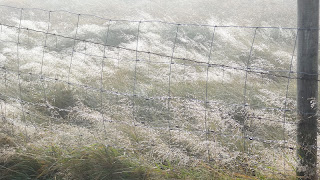 Passing Black Moss reservoir along the west bank rather than the usual east side the views down in to Diggle via Broadhead Brow showed that the mist was still in residence lower down although it wasn't a complete temperature inversion.


This was my second mistake with the route. We should have gone on the east side because the path shown south of the reservoir is almost non existent and Dorothy again was soon knee deep in the smelly stuff. Fortunately she said "oh well, now that i'm in it nothing else will matter." It was a bad path and i was glad to get back on the flagged track of the PW. 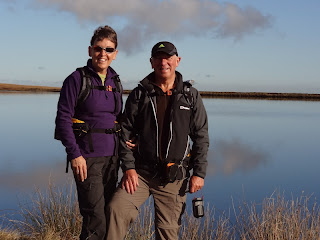 A person approached from the opposite direction, had a pleasant few words about the beautiful day and then carried on. Halfway down Blakeley Clough we met a chap on his way up. He was sweating badly and grumbled about how bad the morning was when he set off. He had  4 layers on. He had no rucksack and so kept the layers on. It was getting really warm now. One of the nicest days of the year.
We had a bit of a laugh at Dorothy's attempt to cross the clough without falling in, which she did eventually but it wasn't as funny as when she glissaded, a bit further down. She wasn't hurt but it took a while to get back up on her feet. Mainly due to laughing. 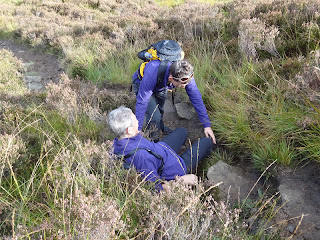 The views of Blakeley Reservoir and the Wessenden reservoirs are wonderful from the clough track just before dropping down to the valley floor. There is a short steep section of path to ascend from the valley to the reservoir land rover track.


A couple waited at the top of the path for us to get up and insisted we have our photo's taken with the Pennine Way sign as backdrop. Maybe they thought we were doing the whole route. Ha.

The walk down passed Blakeley and Butterley reservoirs is nothing more than a joy. Today was almost cloudless with just the odd wisp of white. No breeze to speak off resulted in mirror images on the water. A few more people passed us, all now wearing light clothing. 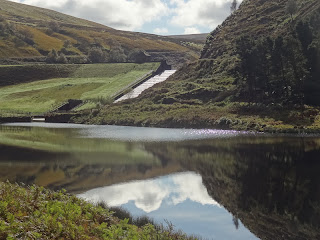 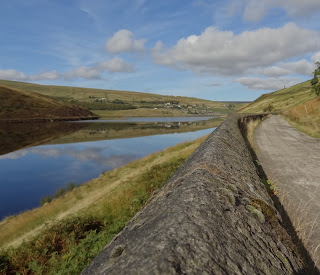 We took the opportunity of a bench to have a coffee and a bite to eat.
We passed a very nice sculpture called Still Life. It's by Joss Smith and is tropical fruits. It is a waypoint too with arrows showing directions of the Kirklees Way. It was erected in 1993. 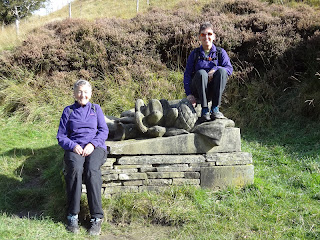 I wondered at this point if i was about to make another path error. The map shows a route leaving the Kirklees Way and passing over the weir and through Netherley. No path is shown crossing the dam of Butterley Reservoir. But the path across looked good and would save us a bit of descent and ascent. Fortunately as it happened we got onto Mount Rd with no problems. Phew.
Passing the very busy Golf Course we soon came to the marker post pointing our route back across the moor to Warcock Hill.
In too soon a time we passed the point where we initially joined the PW on our outward route. Many people were about now and some large groups too. But what stunning moorland scenery. 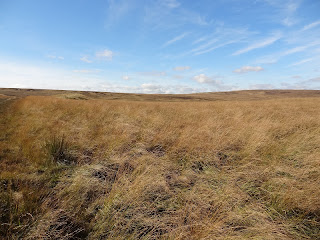 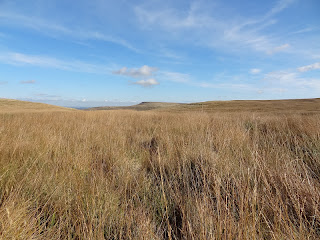 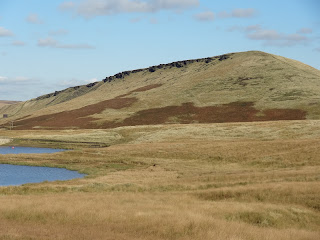 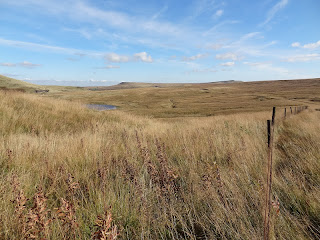 As we were going to pass close to the Great Western Pub and as we had never been in before, we just had to call in to do a quality control check. 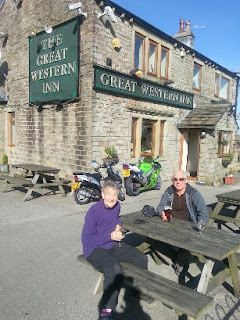 Lovely place. Spotlessly clean and tidy, Black Sheep Bitter on draught and impeccably kept. Great place for a Sunday Lunch. We will keep this on the radar for the  future
We had done 10.3k at a very leisurely pace and had a wonderful rare day.

Some more pics can be found here

On behalf of myself & mam . It was a wonderful walk and we really enjoyed ourselves. Thanks alan


Hey! You will have me blushing. Ha

I love those days that start out foggy and miserable and end with blue skies and sunshine.....seems like a well earned pint!

Hi Howellsey,
It was a stunning day, start to finish. If only we could get many days like this. Just the one pint though, shame.


Good post Alan. I find days when there is a transition from morning mist to blue skies very special. Our congratulations to Dorothy - she earned her lunch at the pub!

Hi Gibson,
Thanks for that. Its looking like we are in for a good few days. I must get out tomorrow. Run 5.5k today at a slow pace (38 mins), but its a start at least.