Not a nice day to wake up to, again low cloud, drizzle and no easing of the wind which kept us awake during the night. It’s our last full day in North Lakes so decided to do a couple of low tops.
We parked on the lane close to Eskin for our first top Ling Fell. The plan was to follow the Corpse road around the Fell and gradually work our way up to the top.  However, just as we entered the field there was a good path which looked to be heading straight up the Fell. It’s not marked on the OS map but it’s well used and it did lead straight to the trig point. It’s steep but easy enough.
The wind was wild and approaching the top almost blew us down. It was difficult just to stand up and take a photo. 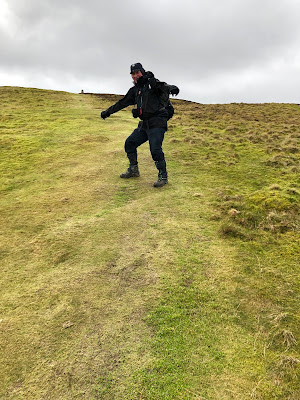 Skiing back down from Ling Fell top. 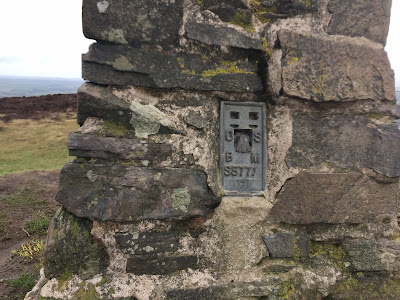 The OS trig point and benchmark. 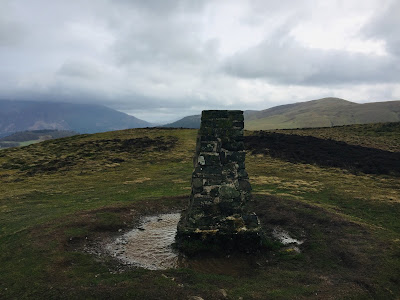 Ling Fell top
Our next top was Sale Fell so we moved the car down to Brumston bridge where there is enough room to park 1/2 dozen cars or so. Again not on the os map but there is a path which handrails the wall up to the marked footpath. We took this and enjoyed the route up to a wide grassy path which leads all the way to the summit. It’s a wonderful Fell to explore if only the day was better. It was one of those days where the wind was boss, you couldn’t stop for more than a minute or two. I even had to lie down to take a couple of photos.
There is no marker representing the actual top so we did all the high spots and checked the gps to make sure we had done it. This Fell is certainly one to come back and do again when the weather is more favorable. 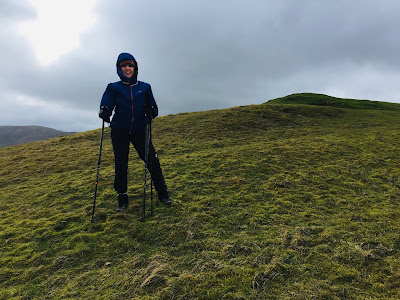 Approaching the top of Sale Fell. 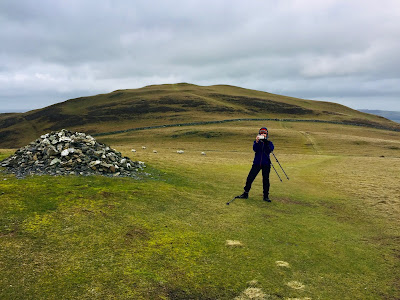 Looking back to Sale Fell from unnamed top marked as 335 metres.
The track from the cairn to Lothwaite is a good wide grassy one, probably remains from the quarry works. A runner made his way slowly towards us but veered off on another track.

We made it to Lothwaite and there was a bench. Great. What a great view. It was just a shame that it was too wild to stay and enjoy it for long. 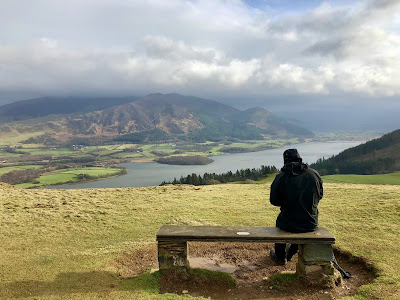 View from Lothwaite 345 m. Across Bassenthwaite to Ullock Fell and Skiddaw in cloud.
Although this isn’t a tough walk it was a tiring one today being in a constant battle with the wind. 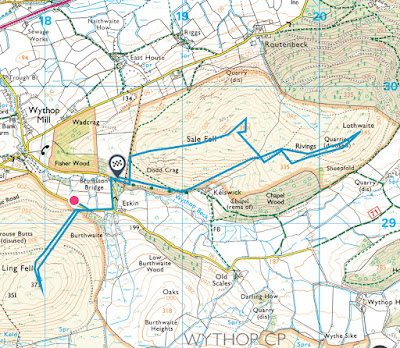 Our route, staring at the red dot and finishing at the chequered flag.

Cracking little pair of hills Alan. As you say it was really windy, I feel worn out!
Stayed dry for you though....and me! Your promised temperatures never materialised! That's a cracking view from the bench, I remember we had our lunch there a few years ago in the snow.
I think you had more sun than me looking at your photos.
Trust you've enjoyed your time in the Lakes, safe journey home.
Cheers Alistair

Thanks Alistair, we enjoyed today a lot. And the North Lakes. We are not going home yet though, we are off to Langdale for an overnighter before going to Duddon for 3 days.
You’re right it wasn’t warm up top today and I can still hear the wind rattling the windows now 9.16pm. I think those temperatures I promised will be here weekend. (Maybe). Thanks for all your comments.

Ahhh...well enjoy the rest of your trip ☺️