We woke up this morning to sun bathing the ridge on the west side of Lorton Vale. We had originally planned to do this walk yesterday but the weather forecast was predicted to be better today. They were right.
Parking at a small lay-bye in Thackthwaite, we were the first. I got my rucksack out of the boot and put it against the fence while I sorted my camera out and secured the car.
Donning my sack and fastening the hip belt I found out I had inadvertently placed it in a pile of sheep poop which I now had all over my fleece and my hands as well as the sack. Luckily a beck was on hand so I was able to wash it off. I believe some people say this is good luck.
The path leaves the road in front of Thackthwaite Farm and joins a good green Lane onto the Fell side. This path has all the hallmarks of being an old quarry track but I can only see the one small quarry on the map. At the wall of the last intake field you go through a gate and can walk left or right, we went right. This is the most popular and I dare say the easiest way.

A steadily rising path with stunning views opening up behind you. Directly in front is Fellbarrow and we kept in mind the obvious tracks coming off the top, down to a wall and then crossing Meregill beck. This path is not on the OS map but I expect that it is used often by locals to make a good circular trip.
We had a bit of faffing around, de-layering, and we’re overtaken by three folk. The path zigzags it’s way upwards, going through two gates before reaching the watershed where the views south start to open up. All the tops of Buttermere and the Grasmoor group with some light dusting of snow are spectacular.
We stopped on a high point just beyond Watching Gill and enjoyed the view.
Up one more rise, over a stile and we were on the ridge to the top. This has to be one of the best views in the Lake District. The scene down Crummock Water is fantastic. Unfortunately the sun was in our face so not ideal to capture such a wonderful view at its best.
After being blown away by the beauty we headed back to the top of the watershed where we handrailed the fence line to the top of Sourfoot Fell, Smithy Fell and then the steep pull up to the summit of Fellbarrow with its OS trig point.
From the summit there is a grand view of the west Cumbrian coast, the Solway estuary, the Isle of Man, Dumphries and Galloway and the tops of Skiddaw and Blencathra. Luckily for us there was little wind and although it was chilly we still lingered a while before descending by the track we had spotted on the way up.
A real fine day out. Please click on images to enlarge them. All taken on iPhone 6. 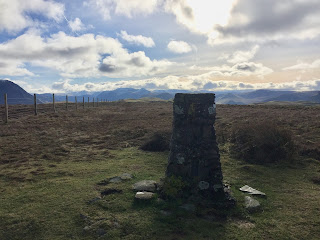 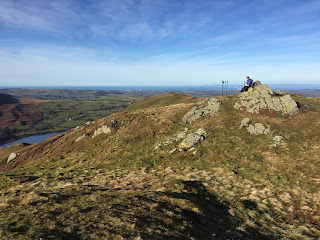 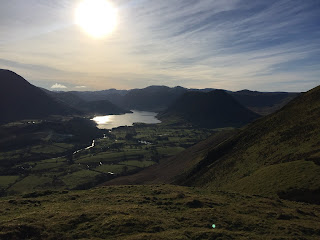 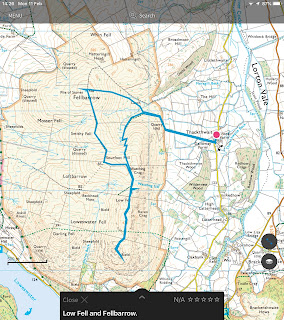 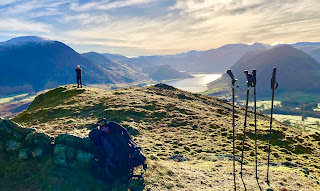 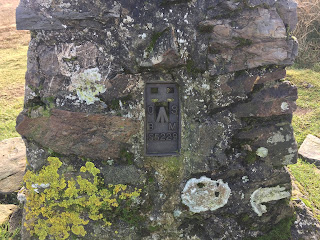 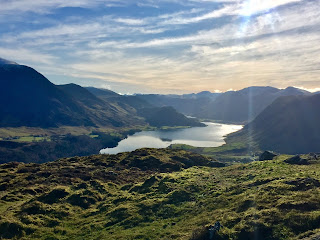 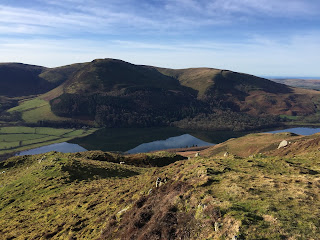 The more I walk and explore the more I believe the the best views are from the smaller hills. These two in particular are always a joy.
I think you've done well with the weather for the time of year....perhaps you've broken the jinx!?
Cheers
Alistair

I must have walked these tops in the 1980s but to be honest I don’t remember. In those days I used to backpack everywhere doing between 20 and 30 miles a day. I’ve not done them since or I would have remembered the fantastic views. What a day. Stunning.
It’s a wonderful area. I wish for days like this and I think the next couple will be ok but there is a bit of rain forecast.

Splendid photos and good colour with your iPhone. I also have the 6 but the 6 plus which is better for maps. It is tempting to think of only taking the iPhone on my next backcpacking trip, but using it for photos and having the irritation of its woeful ergonomics in the hand deter. I have now settled down with my old Panasonic TZ40 after the recent disaster with the TZ100

Hi Conrad, thanks. The camera on the iPhone 8 is miles better than the 6. The difference is so noticeable and has better editing software. I can’t wait for Sheila to get a new one then I can have it. The latest phones, like the Samsung as well make compact cameras redundant and certainly help to keep pack weight down. You can buy something like a joby gorilla tripod with a remote shutter release if you want to go better handling.