No it's not a football team. Nelson is a small "City" on the north shore of NZ south island.
On our travel with Manuka back to Picton for the ferry, we decided to have a few days at Nelson.
This is one of the oldest places in NZ, being named after our very own, great Admiral.
All, or I should say, a lot, of the streets are named after Nelson's battles or acquaintances.
http://www.nelsonnz.com/things-to-do-see

When Sheila suggested a city break i thought the worst, not being a fan of busy places or city motor home parks i wasn't particularly looking forward to it.

The drive to Nelson included a trip down the coastal scenic route which included Ruby bay, and as we sat in sunshine we watched the rain sweeping in along the coast to Nelson. Just our luck we thought.
Fortunately it cleared as fast as it came and left us with a good view across to the surrounding hills.

Ruby Bay.
Our arrival in Nelson was in wall to wall sunshine and blue skies. We found the motor home park very easily as the city uses a grid road system and we were very pleased with our first impressions of a very tidy site.
In the reception we were given info of what to see and do in and around Nelson and i admit, there is far more to do here than i ever imagined. I couldn't wait to get going but that would have to wait a day as we needed to get a few bits and bobs from the supermarket and generally tidy up the van.
The walk back into the centre was about 15 - 20 mins but not at all boring.

The following day was another day of contrasting weather as we woke to quite heavy rain, but at least it was warm rain. We had set our sights on a walk called the Centre of New Zealand which although quite steep shouldn't pose any problems for Dorothy to do.

A lovely walk along Hardy St, (from the kiss me Hardy fame), we came to the Botanical gardens where the uphill starts and Jesus was with us as Dorothy likes to bring him along whenever there’s a steep bit.
Due to the recent bad weather there were numerous land slips and fallen trees along the track which had led to some sections of the route being closed but enough had been cleared to give access to the top. Thankfully. 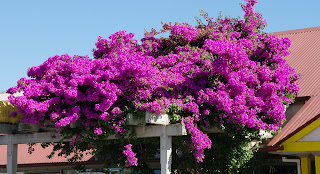 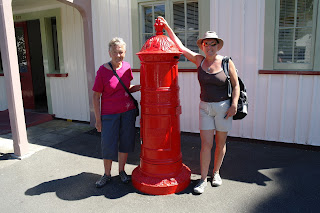 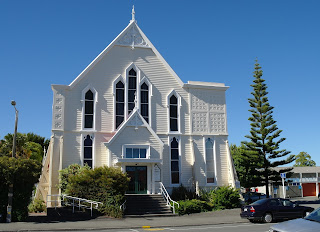 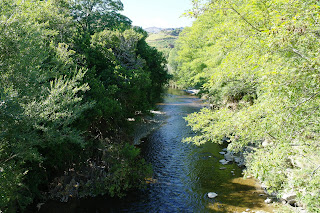 The above photo's are from the lovely walk along Hardy St.
A local chappy told us that this calm river Maitai was monstrous just 4 weeks ago during the floods and very hard to visualise now that it had all subsided.
The name of this walk, Centre of New Zealand, reflects the work of John Spence Browning the Chief Surveyor for Nelson in the 1870's.  He used the top of the hill as the central survey point for doing the first geodetic survey of New Zealand when earlier isolated surveys where combined.
A survey in 1962 did locate the centre of New Zealand as 41deg. 30min S., 172deg. 50min E., which is a point in the Spooners Range in the Golden Downs Forest. The survey did not include the Chathams.
We very soon came to a closed path, at first i thought the council must have heard that Sheila was on her way but it turned out to be the problems from the landslip. The huge trees had been chain sawed to allow access, but not removed completely. When you see the size of these trees they must have made a frightening noise on the way down. I hope nobody was in the vicinity at the time. 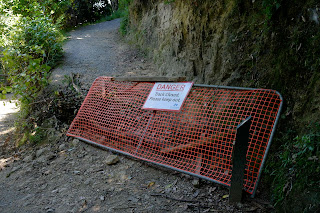 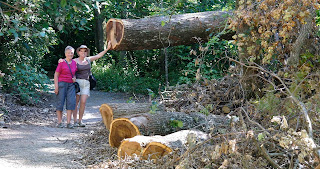 Just one of the many fallen huge trees on the way up to the summit lookout. 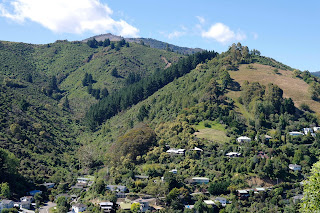 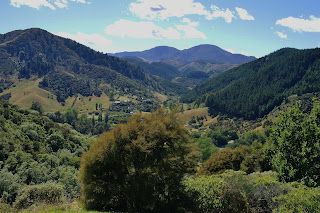 As we gained height the wonderful views across the Maitai valley opened up and shows what a lovely
area this is. 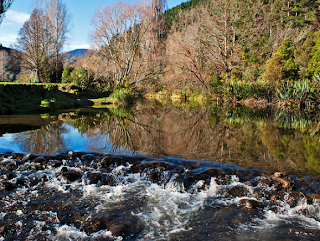 One trail leading of into the Maitai comes out at the river where there are some wonderful swimming pools along the way. 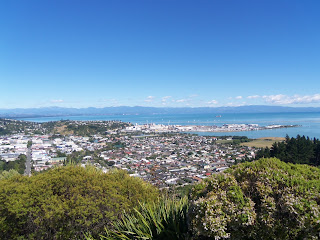 Once at the summit, which is gained well within the hour the 360 deg views across to the mountains which include peaks such as The Devils Thumb and The Twins are well worth the effort. 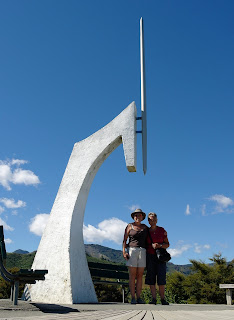 The Centre of New Zealand pinnacle.
The way down, due to the landslips had to be a reverse of the way up but this area has lots of possibilities to spend a few days hiking here.
We had time to spare and the day was very warm so i took some photo’s in the Victoria Garden. 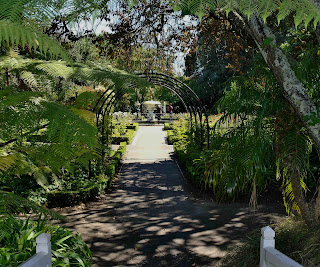 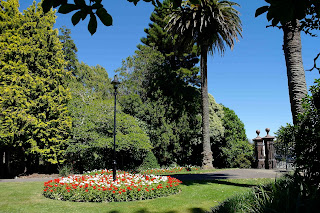 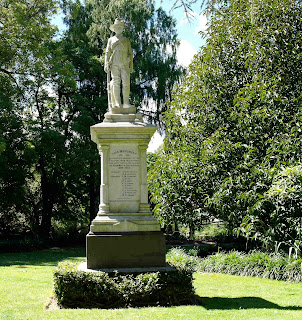 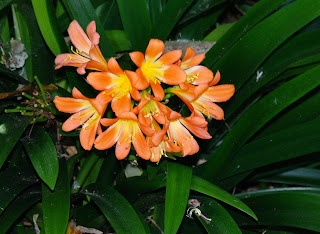 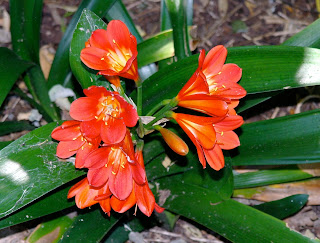 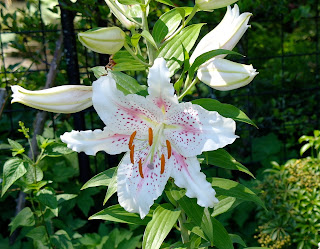 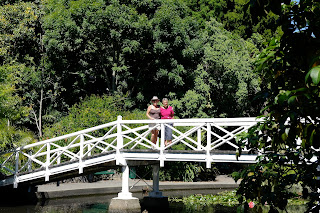 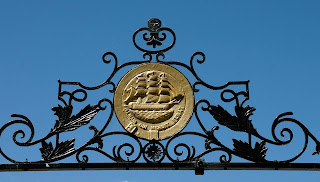 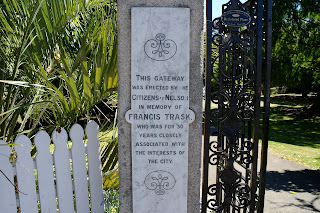 Francis Trask Mayor of Nelson,was instrumental in the Gardens being dedicated to Queen Victoria’s 50th jubilee celebrations. He did a great job. They are very peaceful and also include an eel pond.
Nelson surprised us quite a lot. It’s a beautiful place to live and has easy access to some tremendous outdoors life. The climate is amongst the best in NZ with the most sunshine hours.
The Cathedral is also spectacular and worth a visit alone.
Posted by AlanR at 11:57 AM