We were now a group of four and we had a day and a half in Wellington before having to pick up the hire car and heading North to see some friends.
Debbie had arranged the car which was a Ford Falcon XR6. 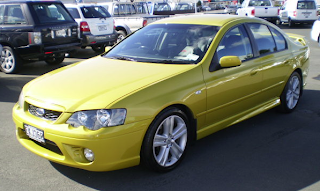 Similar to this one.
Wellington, named after Arthur Wellesley, the 1st Duke of Wellington, was also named 4th in the top 10 best cities to visit, says the Lonely Planet capital guide. Saying it’s the coolest little capital in the world.

Well it was certainly “Cool” this morning as we set off to find the start of the funicular railway that goes right from town up to the Botanical gardens and Carter Observatory. It was a real windy day and cut you through. I was so pleased i took the Rab Boreas hoody.

We found the station quite easy as there are lots of information boards in many of the streets. Fortunately the queue was only short today as we had been told it can get very busy. Maybe the windy weather had put some off. There is some real history on show here which i was more interested in than the actual ride up the hill. 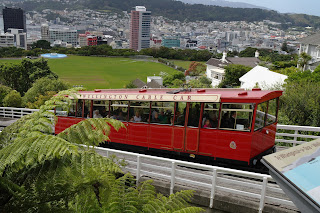 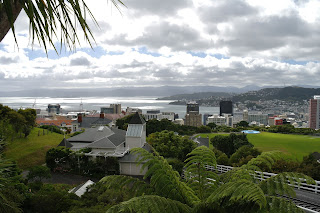 View from the top station overlooking Wellington
The railway construction started in 1899 and was completed and opened to the public in 1902. Designed by James Fulton. Some of the original carriages were converted horse drawn trams which had now been made redundant. 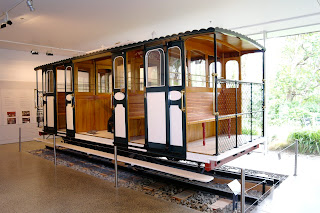 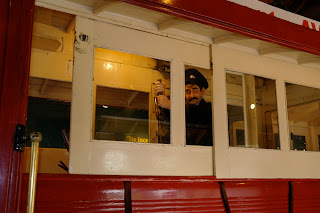 A later grip carriage where passengers sat outside. Probably to get away from the driver who looks to have had a few to many in this shot. 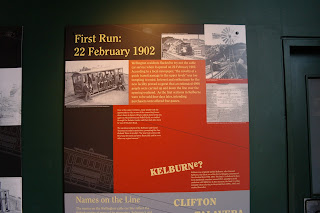 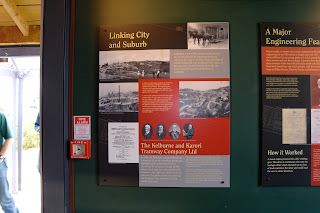 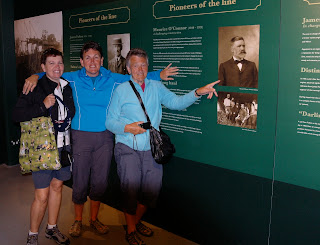 As i was now in the midst of 3 O’Connor clan members, they were very pleased that one of the railway pioneers was one Maurice O'Connor
Also, as well as the railway history museum there is the Carter Observatory astronomical unit and a first world war German field gun. 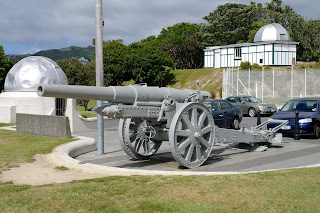 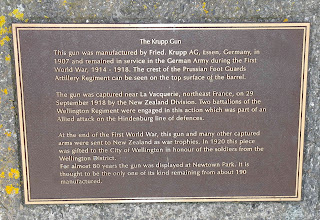 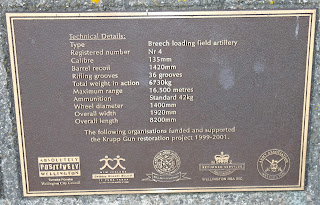 We had wandered around the museum for about 1 hour or more and it was starting to get a bit busy so we made our exit.
Instead of getting the railway down to town we decided to walk through the botanical gardens and then visit some of the wonderful buildings that Wellington has to offer.
That will be in part 2.
Posted by AlanR at 4:59 PM