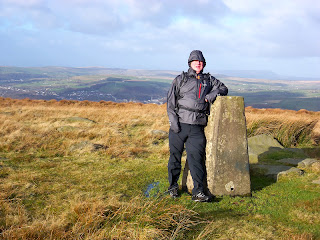 Have you noticed that waterproof jackets for hiking, backpacking etc are now almost entirely using water resistant zips.
I don’t know what others think but i find this a bit of a worrying trend.

Jackets are designed as best as possible to be waterproof and breathable but these resistant to water zips are completely exposed to the elements. There is no guard over the zips any more where there used to be a double closure on the best jackets and single closer on others. And in my book the word resistant definitely doesn’t sound as good as PROOF and therefore manufacturers must know that they are not water proof.

Now i have a jacket with this new zip, the OMM Cyphur smock, in fact it has two, very light weight and a good eVent jacket. It doesn’t matter what manufacturer it happens to be, the zip types are the same. Eventually at some point in the future these zips are going to wear and the material holding the actual zip runner will start to deteriorate. Constant rolling up and stuffing into the rucksack will have a detrimental effect. It’s just a matter of time.

When that time comes and the first patches of damp start appearing on our mid or base layers i think we will be a bit annoyed considering how much these jackets cost. It isn’t like it’s an easy or cheap job to get one of these zips replaced. In fact, i will go as far as to say that when the damp appears that’s the end of the jacket. Reproofing with good old Nikwax will have no effect.

When i first saw these zips appearing on the market i thought it was a great step forward but now i’m unconvinced. Some sort of storm guard i believe, is still required on mountain jackets and backpacking jackets.

If you are in need of a new waterproof jacket, then i think you should consider getting one with storm protection over the zip sooner rather than later. If the trend continues, and i think it will, then you are going to struggle to find one as the older models get sold out.

We seem to be being gradually and quietly steamrollered into going down this route for some reason.

I agree entirely Alan. My ME Morpheus does have a storm flap and I wouldn't buy a waterproof jacket without one. I hope the manufacturers with a mountaineering heritage rather than a purely 'backpacking' one (ME and Berghaus, for example) will always produce a jacket with a storm flap.

Hi Gibson, I hope you are right but it's worrying when you start to check out the latest offerings. I wish i had a crystal ball.
The ME Morpheus is a good jacket but i'm not a big Berghaus fan.

I can't see the world's best climbers accepting jackets without storm flaps, and they mostly use the brands with a pedigree and have input into the design. I suppose the reason I like ME and Berghaus is that I've never had them fail on me, although Berghaus did lose their way for a while so I stopped buying their gear.

Berghaus seem to be using them across the board now on the more expensive jackets and Rab are using them on all but the Bergen and Latok.
ME are using them but still maintain a good range with a storm barrier.
Montane have also only got the old super fly with a storm barrier. The Super fly xt has just the zip as do the rest of the range.
Haglofs just a zip.
I know we all want to be lighter but not at the expensive of being wet or having a throw away jacket.
PHD and Rohan have zip covers. I had a Berghaus fail me and i will never buy another off them. (I did buy a pair of their gloves though).
Like you, i won’t buy another jacket without a zip cover.

Yes if you have a bad experience with a manufacturer that really puts you off. I have a friend who is a fabric technologist - must have a word with him sometime.

That would be very interesting.

He's a gen bloke and was involved in the early work on making fabrics UV resistant (something to do with European standards at the time)and worked for all the major fabric manufacturers at one time or another. I imagine he'll be a bit cynical about this or that 'improvement', but maybe I'll be proved wrong!

I was looking for a new waterproof jacket this spring and chose the slightly heavier Montane Venture Jacket over some lighter models. One of the reasons for choosing it was that it had a storm flap (it was also made of eVent I liked to try after using Gore-Tex for several years plus it was on sale!). It seems the zip area is often the weakest point in a jacket - not only lets it water in but also it usually breaks first. (But I cannot comment on the Venture Jacket yet, I haven't worn it in severe rain yet nor used it long enough.)

And I agree - replacing the zip in a jacket is really painful! Often not worth the effort.

As for a trend forming I wouldn't worry about it. For example, last seasons Rab Latok had water resistant zips, but this year the storm flap has been reintroduced.

With all due respect to anybody in the industry, cynicism to me is like defeat. There is always a way around a problem and another avenue to pursue, it's all about a challenge.
Unfortunately marketing has a loud voice around the board room table. Because of the finance already laid out,all other areas have to shout really loud to make any impact.
When money has been paid out for prototypes and tooling its difficult to sway board members to go in a different direction because its like saying my decision was wrong and i need to agree to spend more money..
Hopefully your friend can convince me that it's not going in the wrong direction.
Thanks Gibson, you give me hope.

Hi Maria,
The storm flap will add to the weight. When it comes to advertising, the weight might make a difference to buying habits.I think you have the right idea, go for the design not he weight.

If you look at the ladies jackets they seem to be using excess stock on those specifically.
Simon i appreciate what you say. I think these zips are a big mistake.

The loudest voice in the board room is Finance in my experience Alan. Sales or lack of them sways board members. If we, the customer, say 'no', a board will change faster than the Scottish weather. Friend is in Sweden (for summer!) so it will be a while before we can chat.

I agree with Simon. This trend will pass I think.

I haven't looked at waterproof jackets for ages, but I find this extraordinary. I can't believe that any halfway serious manufacturer would sell a waterproof without a storm flap over the zip, and I would look for a good wide one at that.
I don't know if saving weight was their main objective, but I'm not desperately fussy about that anyway (within reason): one of the biggest gear mistakes we ever made was taking very lightweight waterproof jackets.

Your right Gibson, post product launch. I've been in some real tantrum board meeting. I miss them.

Lets hope it's just a blip Geoff.
Much of what now has become familiar on the fells has come from other sports like OMM, KIMM, etc etc. Where they want to move very fast and ultra light.
I do endorse going lighter with all aspects of hiking/backpacking gear but it has to be dependable in all conditions on the hill.

I agree Geoff. I know there are limits to how 'waterproof' a jacket can be made but apart from that proviso, how can a waterproof jacket be marketed as such if an important area of the jacket is only water resistant? (I have heard these zips described as ‘watertight’). Like you I'm not bothered about this sort of weight saving if that is indeed the objective. I doubt that the human body is sensitive to such small differences.

Alan/Geoff - are there flaps behind the zip on these jackets?

On my IMM Cipher there is a narrow strip behind the zip.

That should read OMM Cypher btw.

Thanks and enjoy your trip with Mr Knipe.

I don't know about any current models: I have a Mountain Equipment Makalu which doesn't have a flap behind the zip but has wide double storm flaps outside.

My Berghaus Temperance II jacket doesn't have an external stormflap over the main front zip but does have a very effective internal rain gutter. I can say that during an all day storm on the first Sunday of this year's Challenge it didn't let a drop of water in.

The pit zips do't have rain gutters, but they are obviously in a much more protected position and no rain got in there either.

So far, I'm quite happy with the design.

On the other hand, my old Paramo Velez & Velez Adventure jackets didn't have storm flaps either, though they did have a floppy (pretty useless) internal flap behind the zip. Those jackets let water p*ss through in the rain.

I suppose the issue is whether the zips will remain 'waterproof' for the effective life of the jacket. Does anyone (apart from me) keep a jacket for that length of time these days?

Waterproof claims by manufactures are disingenuous I feel. You get wet in them. Once the DWR wears, or it's a torrential rain day you'll end up wet. Your shell choice for me is about how well you manage being wet to varied degrees. Nothing more.

Hi Alan,
I know your Berghaus is pretty new and i would expect it not to leak. It’s when the zip and fabric start to wear that the trouble will begin.
Yes, your not Paramo’s biggest fan are you.

Oh yes. I still have one of the first waterproof i ever bought. A Sprayway Yeti. Must be 35 yrs old i guess. And a Berghaus Glacier peak that must be 20+ yrs old and i will be taking it with me this week.

Your right Martin. Even the best breathable shells will still not stop you getting damp from perspiration on a tough up hill and where your pack touches you.
Rohan claims the DWR on their jackets lasts extremely long. I would like to know if it is true or hype.

My OMM Cyphur has just been posted back to retailer! It’s leaking. Would you believe it.

Just popped over here following our "meeting" on Chris Townsend's blog, so thought I'd post on here to say "hi" as water resistant zips were the theme at the time! An interesting discussion - and, like you, I am yet to be convinced of long-term performance. FWIW, one of my pet theories these days is that we are reaching the point where products are becoming too light - to the point where failure or lack of robustness are becoming a problem.

In part I blame some of the major magazine reviewers who don't necessarily have to buy the kit (which, for £300 might perform OK over the duration of the test, but not beyond) and the particular soapbox of "lightweight" - surely not an absolute measure but one of the minimum that can be achieved for a product whilst still performing?

Anyway, enough for now. I've added you to my reading list as well, so hopefully we'll catch up every once in a while.

Thanks for your comment and sorry for my delay in responding. I think you are correct.